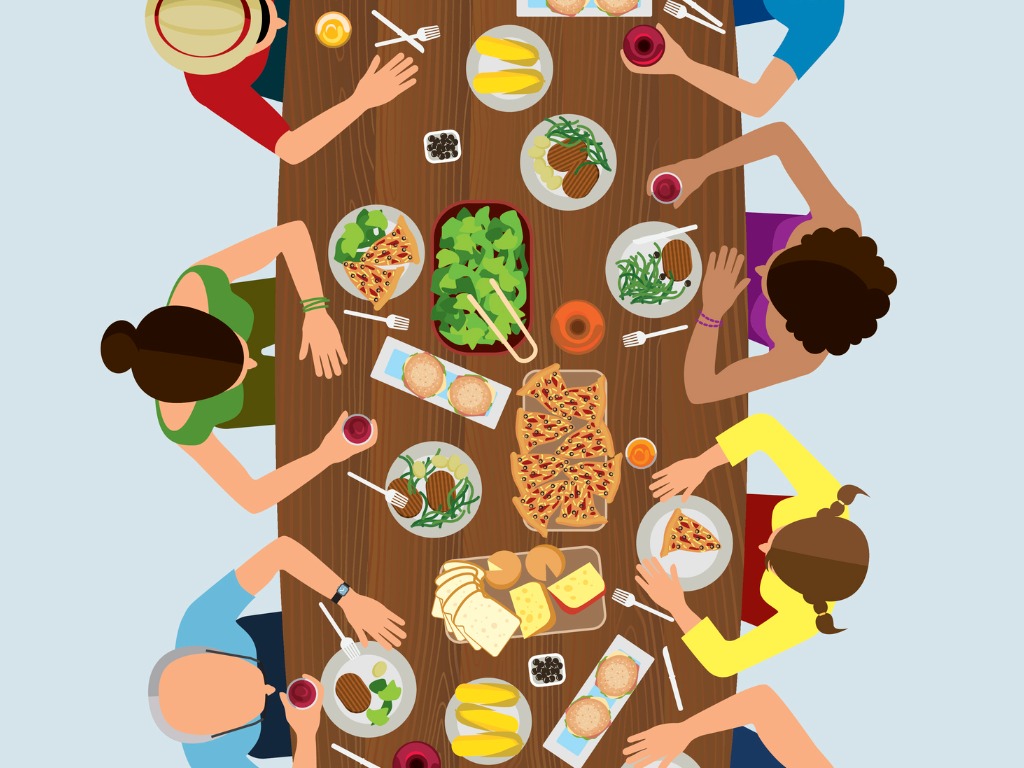 Before you think that you have been subjected to a radio jingle, or me enjoying my lunch, let me assure you it is neither. These sounds were from the video of a Korean YouTuber preparing a crunchy corn dog. I could hear the dunking of the hot dog in batter and the sizzling of the oil as she slid the batter covered hot dog into the frying pan. The last scene was her biting into the crisp golden exterior of a freshly fried corn dog.

That crunch echoed in my ears long after the scene. It was like I was right there in her food universe, enjoying that deliciously crisp corn dog with her when, in reality, I was just sipping my masala tea. What happened afterwards shocked me terribly—I not only abandoned my masala tea (which I never do!) but was also chasing more of such videos. Autonomous Sensory Meridian Response (ASMR) was a sensorial occurrence characterized by tingling sensations on the skin started by a visual or auditory stimulus, is a rage in the food circuit today, and I was its latest victim.

But, as I sat there, staring at video after video of young YouTubers crunch, slurp and gulp their way through gargantuan meals that could feed a hungry family for a week, just for entertainment, I couldn’t help think about food’s changed status. Food has now leapfrogged to become an experience, a source of entertainment and obsession.

In an interview with Paula Deen in Miami Herald, she was asked if her new balanced way of eating would be reflected in her cooking shows. Her answer was, while she doesn’t expect people to eat fried chicken and biscuits every day, but if she were to cook only salads, then who would watch? To Paula Deen, her cooking shows were apparently a source of entertainment.

Well, rightly so, because no longer do we sit glued to cooking shows on television, taking down recipes feverishly, and waiting for recaps to fill in the blanks. Remember those good old Sanjeev Kapoor cooking shows where cooking shows were all about cooking and recipes. Today’s celebrity cooking shows, or food reality shows, often have nothing to do with cooking. How else would you explain Paris Hilton’s cooking show ‘Cooking With Paris,’ where she glides through supermarket aisles dressed in her bubble gum dress asking what chives look like and what she could do with them?

In today’s entertainment-obsessed world, food is the latest casualty. We are currently navigating a culture where phone eats food first, and our time is spent watching food reality shows, mukbangs (eating shows), ASMR food videos, or even celebrity-based cooking shows. Yet, one wonders if food’s current celebrity status is a recent phenomenon or has it always been part of our experience.

Paul Freedman, author of Food: The History of Taste, talks about how food has been a subject of fascination and entertainment for centuries, and how it can tell us a lot about a society in the past and the present, and how celebrity chefs date back to ancient Rome where we know of one surviving cookbook attributed to Marcus Gavius Apicius. He even talks about great chefs who worked for the Islamic caliphs in Baghdad, emperors in China, and officials in the Ottoman Empire. It clearly quells any notion that food as entertainment is a recent phenomenon.

So, does that mean our obsession with food entertainment is ingrained in our psyche? In an article in Psychology Today, Dr Peter Stromberg states that entertainment taps into aspects of our evolutionarily conditioned mental and emotional heritage, and contemporary entertainment builds upon some powerful built-in human neural processes, which is essentially our capacity for storytelling. Anthropologists claim to have observed no human culture that doesn’t value any narrative of any sort. Perhaps, it is our ingrained ability to enter an imaginative situation, such as a story, that makes it easy for us to grasp perspectives other than our own.

Even developmental psychologist Paul Harris’ argument is compelling, one that I want to chew on. He says that it is the imitative capacities of our minds that enable us to almost completely occupy a fictional position, so that both our thoughts and feelings are shaped more by fiction than by our real-life situations. Meanwhile, Psychologist Melanie Green and her colleagues refer to the experience of feeling we are there in the story as ‘narrative transport.’

Is that why we spend hours watching food reality shows, videos with ASMR, attend innumerable mukbangs, et cetera, to enter stories and experience them as our own?

And, is it because we have become so disconnected from our own lives that in order to feel valued and supported, we want to become a part of something bigger than ourselves?

Dr Glen Donnar, a senior lecturer in the School of Media and Communication at RMIT University, has an interesting theory. In his cultural report, which is based on close observation of South Korean mukbangers and their videos, he emphasized that watching mukbang can enable subjective closeness and a feel of community, and help deal with loneliness and alienation for those who live alone and seek companionship and a dinner partner.

Donnar’s thought is further emphasized by Seok-Kyeong Hong and Sojeong Park who theorized in their article that mukbang realised the physical and sentimental hunger of single-person households by offering simple recipes or tips for eating alone and by creating a sense of social bonding and belongingness with mukbangers and other viewers.

Then again, I wonder if our food obsession is just an extension of the celebrity and entertainment obsessed culture. How else can we explain why millions of viewers tune in to watch Selena Gomez painstakingly learning to cook in her clean, brick-lined kitchen complete with a bread oven, fancy knives, and colourful and unstained dishrag? Or watch Paris Hilton rolling her eyes at a pair of tongs as if it were a UFO?

Josee Johnston, co-author of Foodies: Democracy and Distinction in the Gourmet Foodscape, has an explanation for this. She states that the tremendous popularity of non-chef celebrities are partly because viewers, especially women, are constantly looking for somebody who is not trained, and who they can relate to as a person with limited skills but a keen interest in food.

So many thoughts, so many theories to digest, and I can feel my belly growling. So, here is what I am going to do. I’m going to dust off my mother’s old recipe book, pull out one of our family favourites and cook it in my small but functional kitchen, and savour it with my noisy family. I’m going to do all of this without the ever-ubiquitous company of my phone. Perhaps, it’s time for sliving it up (thank you, Paris), and putting food entertainment on the back burner. Bon appétit!