﻿ Usri Basistha Why is therapy still a taboo word in our families? December 1, 2021 https://www.nakedtruth.in/wp-content/uploads/2021/12/Therapy-still-a-taboo-word.jpg 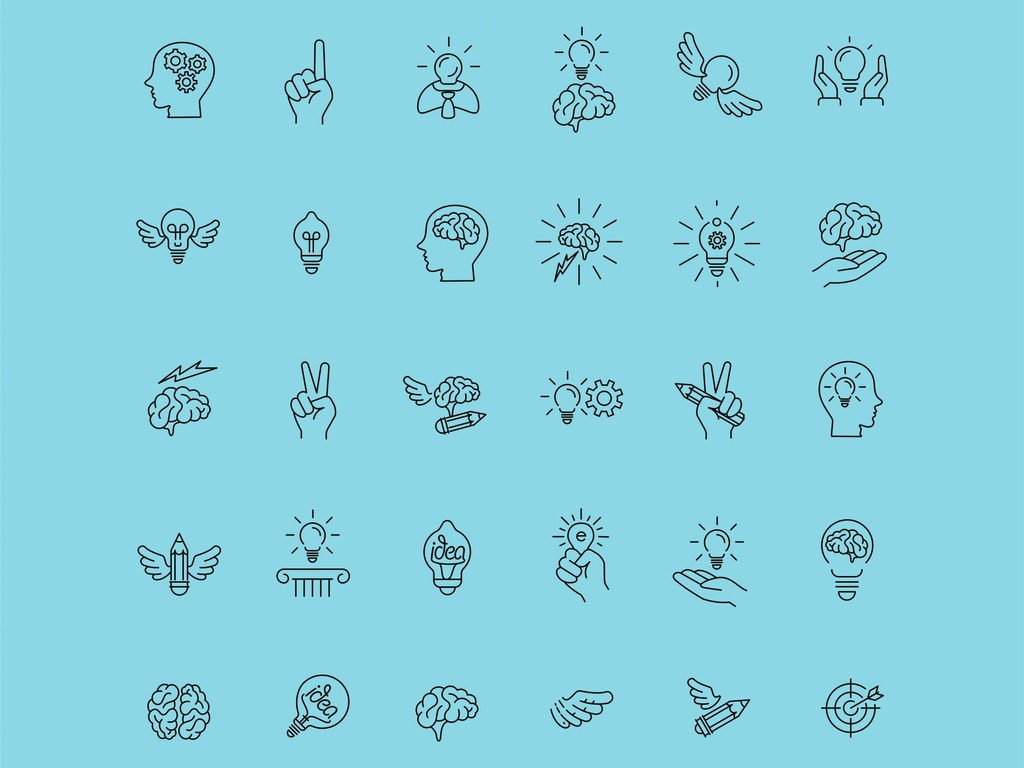 The rest of the world might have smoothly sailed into the last month of the year, but I am still manoeuvring through the hangover that October left me with. It has always been a hectic month for my mental health. Come October the days turn shorter, and the longer nights mean restlessness and insomnia. My circadian rhythm takes a further beating, as waking up late means I get lesser and lesser sunlight throughout the days. Serotonin levels plummeting, I drag my feet through winter like an irritable vampire who seems to have misplaced her coffin.

However, it is not only autumn that is to be blamed for my spiralling mental health through the month. Both in the western and eastern hemispheres of the planet, October is synonymous with the start of festivities. While Halloween kickstarts the countdown to Christmas, in our part of the world we gear up for the month-long fiesta from Durga Pujo to Diwali. Over the years, discourse around how the festive season can further alienate and overwhelm the fragile balance of people living with mental health troubles has been gaining visibility. Considering all, it was only fair that the month also happens to have a breather in the shape of World Mental Health Day.

To ease my nerves, I sat down to watch my first ever series from Apple TV: “The Me You Can’t See”. With no or little expectations, I was surprised by the sheer scope of the series. The five part documentary series helmed by Prince Harry, Duke of Sussex and Oprah Winfrey featured a truly diverse global cross-section of perspectives and people. It is quite possible that a dearth of good content around mental health awareness led to the makers feeling a responsibility to cover as much ground as they could. And their efforts deserve applause.

It was refreshing to see mental health being looked at as a social justice issue. The series examined how racism, sexism, toxic masculinity, homophobia or transphobia directly affect the mental health of people. From focussing its lens on the refugee crisis in Greece to how surviving sexual abuse affected Stefani, aka, Lady Gaga, it located quite a few intersections of social structure and its effect on lived experiences. However, the recurring angle that emerged as the defining leitmotif through the series was the role of the family in shaping an individual’s mental hygiene.

Let’s, for a moment, rewind to the topic of festivities in October. Since childhood, I’ve looked forward to Durga Pujo. The reasons are countless: the nostalgia of my childhood excitement, the familiar old classics blaring from the microphone at the neighbourhood pujo, the steady stream of pandal-hoppers on the streets, adda with friends, the intermittent sound of dhak throughout the day.

This year, however, was slightly different. The goddess landed up at my ancestral home. For someone who loves the ethos of the old Pujos of north Kolkata, it was surreal seeing Durga—with all her ten arms, Mahishashur at her feet, flanked by her four children and their accompanying vahanas—being worshipped on our very own terrace.

Unfortunately, the experience could not be contained to the hypnotic drumming of dhak, as the goddess’ face swam into view from behind coils of dhunuchi smoke, or the delicious bhog afterwards. It also meant I had to be in close proximity of extended kith and kin for four days straight. Which invariably meant it was open season for things like casteism, sexism, body shaming, slut-shaming. What riled me was the realization, while I rail about mental health awareness on social media, that most of my family members have no concept of it. Mental health has little or no meaning for them.

Ergo, when I sat down to watch the series, my mind honed in on the familial aspect. When looking at issues like mental health, it is vital we look at the macro level, like better infrastructure and policies. However, in that process, we often overlook the micro aspects like the dynamics that play out within families. Several social thinkers have theorized, the family could be taken as the basic structural unit of our society, and what transpires at this micro level, can and does affect the macro level.

At the outset, take the very conception of the series. Had Prince Harry not decided to part ways with the larger establishment of the British monarchy, and move to the US, this series might not have existed. Through recounting his own journey, Prince Harry forms a narrative anchor which segues into the other accounts. How his mother, Princess Diana, was hounded to her death by paparazzi, and how he feared the same fate for his wife, when she came under incessant public scrutiny. Though approached several times, the authorities at the Buckingham Palace allegedly stonewalled the couple’s plea for help.

The British royal family has held onto its fame as the world was increasingly democratized over the last several decades. In their attempt to safeguard their place in the collective global consciousness, they brushed the needs or even the possibility of mental health under their expensive carpets. Clearly, the stigma around mental health is ubiquitous, and it starts in our living rooms. From Buckingham Palace to my family—and maybe even yours—there’s a striking similarity in how desperately we avoid talking about mental health.

Therapy, mental health, medication, these words are big no-nos in our domestic spaces. This is slightly ironic because things like depression, anxiety, substance abuse are surprisingly common. If looked for examples of either or all of the above can be easily found in our extended sphere of family and friends. Yet the taboo around it keeps us from talking about it openly. Dr. Bruce Perry, senior fellow at Child Trauma Academy, observes, “People would not think twice about saying that their child had cancer and they’re gonna go get treatment, but they’re embarrassed to say, ‘My child has depression, and I have to take him for treatment.’”

Tired of trying to reason with misinformed families, many younger people are left to cope on their own. Often they end up hiding their issues, and investing secretly in therapy. They seek recourse in private, while their families are kept in the dark. But, here’s the catch. Mental health conditions, by their very nature, deeply isolate a person. Having the added stress of walking a tightrope between treatment and ignorant family members, can further derail a person’s remaining composure. Conversely, a sense of feeling understood and accepted, mental health et al, can hugely contribute to the healing process.

There is a conspicuous shift in the field of psychotherapy, from providing therapy to just the individual, towards providing counselling to the entire family. Take, for example, the counselling course I had enrolled in. The course has been carefully named, “Guidance, Psychological Counselling and Family Therapy”. Dr. Ken Duckworth, Chief Medical Officer, National Alliance on Mental Illness, elaborates on how families “who can learn and problem-solve is an indispensable resource.” Instead of directing unsolicited judgement towards someone struggling to cope with life, if a family can educate themselves and create an enabling environment, chances of healing become much greater.

Yet fact remains that most of our parents have come from the culture of ‘not showing any emotions’, wherein dealing with problems independently indicated the strength of one’s character. Of course, any kind of emotional vulnerability was looked down upon as a character flaw, especially in a culture of achievement and perfection prevalent in Asian families. Growing up with this internalized narrative, many fight years of shame before they reach out for help.

Being the first person to open a conversation around mental health is daunting enough, but then the firewall of biased and/or condescending family members makes the climb steeper than it needs to be. However, as Prince Harry demonstrates by his example, it is enough for one person to stand up and speak to break age-old systems. Although his concerns were continuously dismissed, he is still hopeful about bringing about constructive change. “To be able to mix the two—the experience of the older generation and the emotional intelligence of the younger generation, that in itself I think would be an enormously powerful thing,” he concludes.

Instances of this are easy to find in the docu series, where the family’s support and validation go a long way in the journey towards healing. Be that actor Glenn Close’s endearing story of how she survived a cult in her childhood, and still her connection to her sisters is a source of comfort and vigour. Now they are banding together to open a mental health ward in their small town’s hospital. Or the heart-warming story of Crystal, a student and a first-generation Taiwanese immigrant, whose close encounter with depression eventually encouraged her mother to seek therapy.

Mental health conditions, by their very nature, deeply isolate a person. Having the added stress of walking a tightrope between treatment and ignorant family members, can further derail a person’s remaining composure.

The moot point here is so simple that it is easy to be disregarded: the more we talk about mental health, the lesser the taboo. In de-stigmatizing mental health within our families and communities, not only does our generation win, but the generations before us get a shot at healing too. Shaheen Bhatt, shared in an interview that on reading her book, “I’ve Never Been (Un)Happier”, her father Mahesh Bhatt, the acclaimed filmmaker, realised that he has had similar struggles all his life. Thanks to her lived experience, she brought a fresh perspective that her father had not thereto recognized.

All said and done, the way forward is awareness. As I take baby steps towards holding many more passionate discussions around mental health within my own family and social circles, I hold in my heart Mahesh Bhatt’s words. More precisely, the concluding lines in the foreword he wrote for his daughter’s memoir on living with depression,

“My child, you are the firefly that illuminates the darkness in the jungle by burning its own fuel, and as it does so, it lights up the way for the lost traveller.”