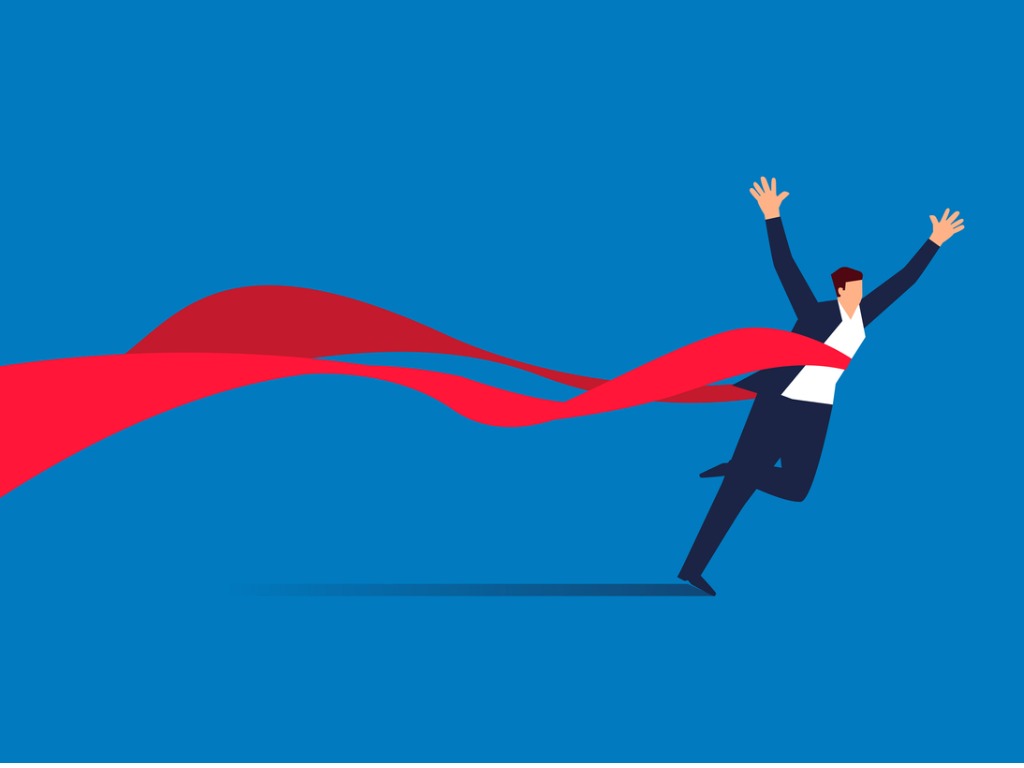 This is the 20th edition of Reel and Real letter, sent fortnightly on Saturday. That is about all things cinema, society that watches it, industry that creates it, and media that writes about it.

When is it a good idea to stop running after life and let life come to you? A few days ago, I watched the Netflix film Dhamaka, Ram Madhvani’s Hindi take on the Korean film Terror Live. For a change, I was actually impressed with Kartik Aaryan’s performance as a scrappy radio jockey and ex-hotshot news anchor Arjun Pathak. Aaryan’s performances have mostly stayed in the louder tenor of Luv Ranjan’s Punchnama films, so watching him mostly underplay his role as a media personality caught in an unfortunate situation was a pleasant change. But the urgency of the story, too, caught me off-guard.

Dhamaka takes place within the confines of a news studio in a skyscraper in Mumbai, from which one can get a good view of the iconic Bandra-Worli Sea Link bridge. The bombing of the bridge is the event which triggers the crisis in the story—and gives the film its name—but the focus here is on Arjun’s attempts to extract mileage out of this incident.

Once the news channel’s star anchor, he has been yanked off television news for suppressing an important story, and his unethical ways have also strained his marriage with his wife Saumya. Confined to the network’s lesser-known radio station as a radio jockey dishing out traffic updates, Arjun wants to get back into the limelight at any cost. When the bomber, Raghuveer Mahata, calls him up on the radio and claims responsibility for the attack, Arjun senses his big break, and instead of alerting the police, he decides to capitalize on it as “breaking news”.

Over the next few hours, the audience is treated to a ringside view of the lengths to which Arjun goes in order to reclaim the bharosa (trust) of the audiences glued to the news channel Bharosa 24×7. But we slowly start seeing how, for all his cunning, Arjun is actually a pawn in a larger, more cruel game, where television ratings matter more than conscience or even common sense. We see the slow disintegration of Arjun’s cockiness, to a point where he ends up losing everything dear to him.

The world of 24-hour breaking news thrives on sensationalism. The dynamics of Bharosa 24×7 are no different, and Dhamaka lays bare a toxic culture that derives validation from constant ceaseless shots of sensationalism. The anchors—who brand themselves the messengers of truth—are reduced to being the proverbial hamsters running a marathon on the spinning wheel that is the news cycle. It does not matter whether the news is the truth or a half-truth or even an untruth. If it is news, it must be made ready for consumption, for an audience that has a voracious appetite for any sort of information and the attention span of gnats.

In such a scenario, Arjun’s constant attempts at manipulating circumstances in his favour make him unlikable, and eventually, a tragic hero of sorts. But it also proves the limits of this strategy in the long run. The Oxford Dictionary defines the word “hustle” as the process of selling or obtaining something cleverly, even illegally. And Arjun is the classic hustler: a person who has gotten used to manipulating others, and even the truth, in order to get what he wants, even if it means trampling on other people. This constant ambition and hunger for growth is what ultimately consumes him.

The illustration is sourced from iStock by Getty Images.

The timing of Dhamaka’s release made me think of a curious trend that has been cropping up a lot in the last two years. The past 20 months have made most of us examine our lives anew, and wonder about the direction our lives have been heading. The basic truth of economics lies in a devilishly simple fact: human wants are unlimited, but the means to fulfil them are limited. In the search for economic solvency and worldly comforts, we all board Capitalism Express. Life becomes an endless rat race, where days are spent trying to strike a balance between what our starry-eyed hearts desire and what our employers give us. And in the name of “hard work”, we are ready to be exploited.

This problem becomes even more pressing in a country like India, where the lethargy of bureaucratic processes is also an important factor in addition to professional stress. The ensuing culture of competition becomes unhealthy, and forces all of us to turn into hustlers. This attitude is instilled into us in school, where we are all expected to mug up answers and be diligent in our studies, because we have to make something of our lives. Later on, in the name of professionalism, we are always expected to be cold, calculative and ruthless. But everything has a breaking point, and this hustle culture is no different.

Little by little, our cinema has been building up to this moment of reckoning. In Zoya Akhtar’s 2011 film Zindagi Na Milegi Dobara, one-third of the Spain-set drama is about the journey of Arjun (Hrithik Roshan) towards the very same realization. Haunted by a difficult childhood that was compounded by the lack of money, Arjun has become one of London’s most sought-after investment bankers. Yet, the constant pressure to “achieve” has made him a slave to his work, and also cost him many relationships. In that sense, the entry of Laila (Katrina Kaif) in his life changes his life and compels him to introspect on what he really wants.

A similar story also seems to play out in Siddharth Anand’s 2010 drama Anjaana Anjaani, where Akash (Ranbir Kapoor) feels suicidal after losing a lot of shareholder money in a stock market crash, before he bumps into Kiara (Priyanka Chopra), who also wants to end her life. After unsuccessfully trying to end their lives multiple times, Akash and Kiara make a pact to end their lives on the last day of the year, and attempt to live out their unfulfilled desires. The resultant journey becomes an eye-opening experience for Akash, as he gradually starts to fall in love with Kiara and also accept the gravity of his situation.

For many, the allure of hustling lies in its crooked nature. In a cut-throat culture celebrating success over failure or stasis, resorting to smooth-talking and artifice is adopted by most people in order to get ahead professionally. Perhaps that is why we enjoy heist movies a lot. We salivate over the Ocean’s tetralogy and Happy New Year, because, in a world where money and status enjoy the divine status, and governments bend to the will of industrialists, conning our way to success seems like the ultimate high.

But every heist film has an ending, or rather, a point when even the most seasoned cons grow tired of the entire rigmarole of fooling people. Hustling might give us multiple highs, but it becomes difficult to sustain our interest in it after a point. In Maneesh Sharma’s 2011 con dramedy Ladies vs Ricky Bahl, the conman Vikram/Ricky (Ranveer Singh) realizes the folly of his ways even after exacting his vengeance on the four girls who initially dupe him, because he has fallen for one of the girls, Ishika (Anushka Sharma). When he confronts the other three girls and returns them the money, his statement, “Iss baar mazaa nahin aaya” (“I didn’t enjoy it this time”) feels almost like a weary confession to himself. It’s the classic case of hustling becoming too exhausting for someone who is a professional cheater.

Call it a divine stroke of luck, or just astute programming by OTT platforms, but we have seen a spate of work in popular culture that has been trying to establish the folly of our capitalist ways.

If Bong Joon-Ho’s Parasite set the tone early in 2020, we have seen a number of titles with a decidedly anti-capitalist slant, advising us to slow down. Whether it is the dystopian fight to the finish in Squid Game and Money Heist, or Sundareshwar’s travails with his job in Bengaluru in Meenakshi Sundareshwar, or even the fractured and toxic digital lives of India’s millennials in Chutzpah, there is a distinct shift in tone amongst storytellers to talk about slowing down.

However, the problem with streamers is that everything they beam is content for them, and their promotional tactics often go against the very grain of the shows they are promoting. For instance, some of the memes that Netflix India peddles on its social media platforms for promoting Squid Game are downright distasteful, and seem to make a mockery of the anti-capitalist philosophy of the show.

In 2020, the acclaimed singer-songwriter Taylor Swift released two albums back-to-back: the Grammy-winning Folklore and Evermore. Both albums are a clear break from her past, and almost draw you in with their simplicity and a yearning to get back to a simpler time. She sums up our need to slow down perfectly when she sings in one of her songs: “Only 20 minutes to sleep/But you dream of some epiphany/Just one single glimpse of relief/To make some sense of what you’ve seen…”

The question is: can we take a step back and wait for the epiphany to hit us?

If you’re in the mood for a bit of nostalgia, check out the 1980s-tinged Dil Bekaraar on Disney+ Hotstar.