﻿ Rony Patra Cinema is having an existential crisis March 26, 2022 https://www.nakedtruth.in/wp-content/uploads/2022/03/Cinema-is-having-a-crisis.jpg 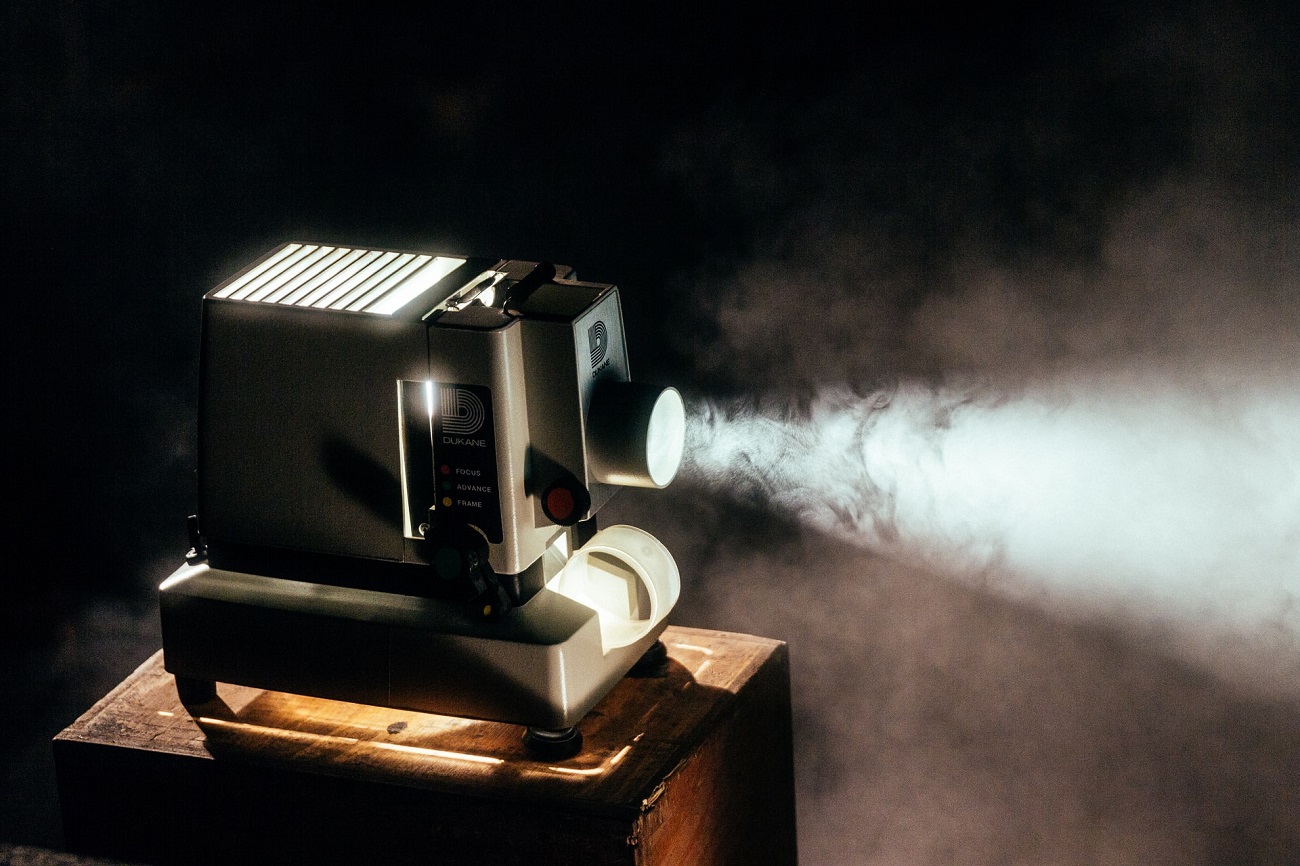 This is the 23rd edition of Reel and Real, sent fortnightly on Saturday. That is about all things cinema, society that watches it, industry that creates it, and media that writes about it.

As we gear up for RRR, the Indian Premier League, the Oscars, and the second season of Bridgerton (in no particular order) this weekend, let’s dive in.

A fortnight ago, I wrote about how Nagraj Manjule’s Jhund was a unique entry in the Indian sports drama genre. And I had a very interesting experience while watching it in the theatre.

After the riveting first half, as I made my way to the refreshment counter to buy snacks, I found two teenagers talking animatedly about Matt Reeves’ The Batman, which was playing on another screen in the multiplex. As they discussed the cinematography and Robert Pattinson’s turn as Batman, a third friend showed up and asked if they were interested in watching Jhund as well. Amused, his friends said they’ll watch it as soon as a “bhalo” (good) print of the film would arrive on Telegram. “It’s a small film,” one of them remarked. “But Batman is Batman.”

Even a decade ago, the idea of passing up the chance to watch a film starring Amitabh Bachchan in a cinema hall would have appeared sacrilegious to many. But what piqued my curiosity was that these teenagers knew what they wanted. For them, Jhund was merely content, which could be consumed at any time. The Batman, on the other hand, was a superhero spectacle that needed to be watched on the big screen.

This particular episode is not an isolated case. Over the past couple of years, I have been scouring social media chatter, trying to understand what movies Indian audiences want to watch. Usually, the comments under posts by stars, producers or trade analysts on social media provide insights into the restless minds of audiences, whether it be in the US or India. And it is all very confusing.

In spite of the emergence of OTT platforms, the Indian media industry is still driven by the traditional “star system”. And this system derives its legitimacy from the performance of big-ticket films in theatres. Last year, I had written about how OTT is slowly reshaping the star system in India, but it turns out Indian audiences are quick to make the distinction between “film stars” and “OTT stars”. For them, a film star is supposed to be watched on the big screen as part of a traditional blockbuster with all the bells and whistles—a “heart-touching story”, as some social media users gleefully write, good songs, and a mix of drama, comedy and action.

If you look at the chatter surrounding cinema on social media, a clear divide emerges between people who want to go to theatres to watch a film and people who don’t want to. The divide is so weighty that now filmmakers, production houses, distributors, exhibitors and OTT platforms are getting caught in it. A new discourse is taking shape in both Hollywood and Indian film industries: films with big budgets should be left for cinema halls, while small and mid-budget films should forgo the big screen and release directly on streaming platforms and home video.

Here’s where things get tricky.

American media industry is much more mature when compared to the Indian media industry. The pay-per-view model has been a huge source of revenue over the last two decades in the US, especially benefiting independently-made films that are made on shoestring budgets. Several movies have also gone for a simultaneous release in cinemas and pay-per-view. In India, however, the pay-per-view model has been a non-starter, with several instances of piracy and loss of revenue for producers.

Confined to homes in the last couple of years due to pandemic, people needed newer forms of entertainment, and streaming came as a boon. In India alone, there are now nearly 70 streaming platforms offering content in various languages. In the US, every media company, from Netflix to WarnerMedia (HBO Max) to Disney (Disney+) are chasing subscription revenues.

Audiences are now spoilt for choice. But this phenomenon has given rise to a new monster.

Every platform needs content. Various streamers have been investing aggressively in the production of “exclusive” films and shows that can be watched on only one streamer. While this has opened up several opportunities for the creative community at large, it has also resulted in the slow devaluation of the big-screen experience. Like the two teenagers I mentioned at the beginning, all of us are drowning in so many films and shows that we are hardly captivated by cinematic spectacles anymore. People haven’t stopped watching films. But they are going lesser and lesser to cinemas. Or worse, they are refusing to pay for them.

How do you measure the success of a film? When a film premieres on the big screen, it is possible for distributors and producers to sit together and compile gross box office revenue. But in a world battered by a pandemic and economic downturn, where going to the nearest cinema has become a luxury itself, and streaming platforms have taken over the zeitgeist, what does it mean for a movie to be successful on streaming? There are no clear metrics available, and streaming platforms keep changing their barometers.

What this has done is that it has pitted streaming platforms against cinema halls, where both parties are locked in a battle royale for rights to films. While each platform may commission original shows based on their target audience, cinema is what platforms and halls are truly after. Studios in possession of brand-new finished films are now wondering whether to push for a theatrical release for their films, or send them to streaming. All of this has a cascading effect on the audience as well. More and more people in the US are increasingly preferring to watch unreleased films at home on a streaming package, or choosing to wait until a film exhausts its theatrical run and lands on OTT.

To please customers and push their platforms, studios often take ruthless decisions which hurt the creative community at large. Disney decided to release the animated film Turning Red on its platform Disney+, even though this move, reportedly, was not liked by the team of animators at Disney’s Pixar division. However, the film opened to glowing reviews, and it quickly became one of Disney+’s most-viewed titles.

In India, this same war is playing out, but there are several more underlying factors at play. The number of screens in India is really low. Beyond the metros and Tier-I and Tier-II towns, it is becoming harder to locate a functioning cinema hall. But the allure of the big screen holds a pride of place in the Indian consciousness. The success of films such as Sooryavanshi and Gangubai Kathiawadi has highlighted how audiences are willing to pay for theatre tickets to big-budget Hindi films. Due to this, producers of such films are increasingly rebuffing lucrative offers from streaming platforms for exclusive rights. In such a scenario, the “post-theatrical streaming rights” are becoming lucrative once again.

Producers are increasingly bargaining with streaming platforms about the duration after which a theatrically-released film will release on OTT. In case of Kabir Khan’s 83, for instance, the film arrived on Netflix and Disney+ Hotstar twelve weeks after its release in theatres. But a film like the Telugu blockbuster Pushpa: The Rise bowed on Amazon Prime Video after four weeks of its release in halls. At the same time, low-budget or mid-budget films are increasingly being snapped up by streaming platforms, which release them as original films, such as Gehraiyaan, Bob Biswas and A Thursday.

In most cases, producers are assured of a minimum profit in lieu of exclusive rights. If there are outliers in this regard that take the theatrical route, such as Chandigarh Kare Aashiqui or Jhund, the producers are having to contend with low box-office returns, as well as low prices for satellite and digital rights.

In a post-pandemic world, people are only wanting to watch big-budget blockbusters on the big screen. Indians still see the cinema as a communal space, where they can go with their families and watch films that don’t need them to exercise their brains much. The massive success of Sooryavanshi, Pushpa and Gangubai… has highlighted the comeback of the masala blockbuster in Indian cinema.

However, if social media and audience expectations are any indication, the sun seems to be setting rapidly on the supremacy of Hindi cinema at the Indian box-office, with dubbed versions of Tamil, Telugu and Malayalam blockbusters doing well in north India. The humongous efforts taken by the producers of RRR, that released yesterday, to promote the film all over India, illustrates this point.

The tug-of-war between various parties for film rights is driven by the obsessive need of the audience for content. Globally, the media and entertainment industries are undergoing a churn. OTT platforms are not killing off cinemas yet, and even cinemas know producers need additional revenue from these platforms. Ultimately, though, it is the audience that will decide whether the future of cinematic spectacles plays out on 35mm or on a smartphone screen.

Not many people watched it in theatres, but Harshavardhan Kulkarni’s Badhaai Do has been that rare LGBTQ dramedy this year that gets its politics of representation in today’s India just right. You can watch the film on Netflix.

Also, a reminder: the 94th Academy Awards will be telecast live on ABC (in the US) and Disney+ Hotstar (in India) tomorrow. Unlike most years, there’s no clear favourite in almost all categories, so you can expect several surprises to unfold at the ceremony.