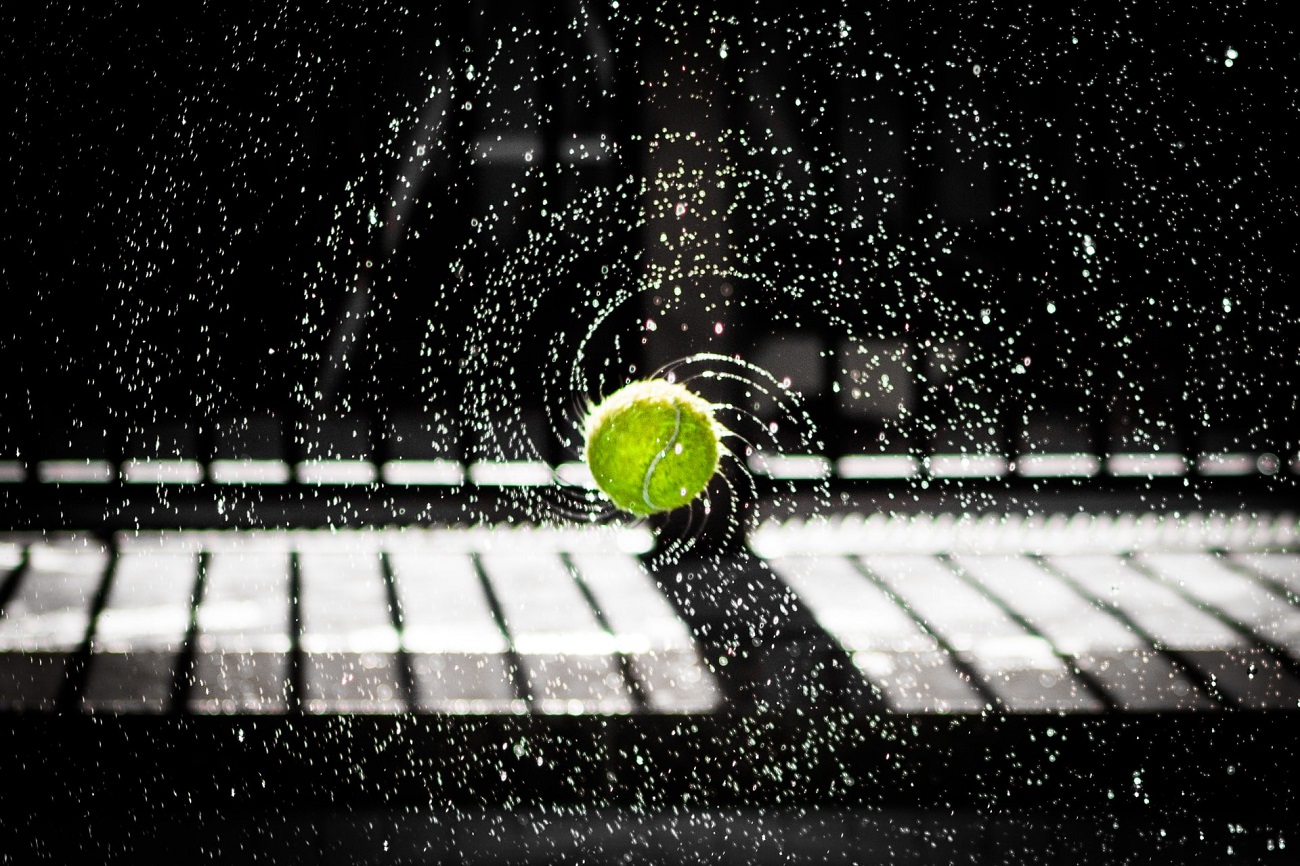 This is the 22nd edition of Reel and Real, sent fortnightly on Saturday. That is about all things cinema, society that watches it, industry that creates it, and media that writes about it.

Imagine this. You are seated in front of a giant screen, on which you are watching multiple moving images. A group of athletes engaged in strenuous running on the football field, but in slow motion—even as the sound design emphasizes the thump of their feet. Each player has his/her bouts of self-confidence alternating with self-doubts. Each of them has a point to prove—to their families, their fans, their detractors, and, more importantly, themselves. A hush descends on the spectators watching, as the camera keeps zooming and capturing the myriad moods flickering on their faces. And then, there is a crescendo all around when the winning runs are hit, or when someone scores the decisive goal, or someone makes a drag-flick for the ages.

In the era of sports broadcasts, watching any sport live brings out all these emotions in all of us. It is, therefore, only natural, that the average “sports drama” film would evoke similar reactions. This genre is unique because, more often than not, the sport being depicted on-screen is a blank canvas, on which directors tend to frame their protagonists as both hero and anti-hero in the same narratives. The rise and fall of an individual sportsman, with the fluctuating fortunes of his team as a backdrop, is a theme all of us can identify with.

Hollywood has churned out enough films on sports to fill up an entire encyclopaedia, with three sports—baseball, basketball and American football (that is closer to rugby in terms of style)—hogging the maximum limelight. However, American sports films tend to focus on individual journeys or intra-local rivalries between different universities or cities. To understand it in an Indian context, it would be more like setting a narrative against a rivalry between two teams in the Indian Premier League.

The Indian sports drama film, however, has been different in approach for years. Most sports-based narratives have had the idea of the nation in the background. India, with all its diversity and contradictions, is the go-to ideal these films look towards; with the image of a country, united in spite of differences in caste, class or religion, the central reason everyone plays for. The same themes you find in American sports films are all there: the protagonist being plagued by self-doubt, a coach and/or players who believe in the protagonists, and the detractors, who do everything they can to stop the protagonist from succeeding. However, the spectre of the nation looms large over the entire narrative, and national pride becomes the driver of the narrative. It also makes it easier for Indian audiences to root for the protagonist.

In the year 2001, Aamir Khan and Ashutosh Gowariker ensured that every cinema hall became a sort of mini-stadium. The nearly four-hour Lagaan had a three-day cricket match between a team comprising British officers and a team of scrappy villagers from the fictional village of Champaner in its hour-long climax. I remember going to the Biswadeep cinema hall in Siliguri (India) with my parents, and all that I remember from that particular episode was how little I heard of the dialogues, because everyone was cheering and clapping for Bhuvan and his comrades. But the real masterstroke in the story remains Bhuvan’s attempts at putting a team together.

Discounting the Awadhi-Bhojpuri dialect spoken by its residents, the village of Champaner is supposed to be a metaphor for the idea of a united India, where people of different religions and castes live together in harmony. As Bhuvan assembles his team, his constant negotiations with the residents of Champaner reveal his statesman-like approach, which Indian audiences in 2001 could liken to that employed by a strong Prime Minister in real life. When he dares to not just touch Kachra, a low-caste sweeper who lives outside the village, but also include him in the team, Bhuvan succeeds in overriding parochial concerns about caste and morality, in much the same way people expect from the authorities to tide over petty issues and work for the greater good.

These little nuances were not something Indian audiences had been used to before 2001, even though they may appear simplistic by today’s standards. However, long before its nomination at the Oscars, audiences and critics had already started appreciating these nuances in how national pride was being put across the big screen.

Even as several cricket-themed films such as Nagesh Kukunoor’s Iqbal and Milan Luthria’s Hattrick came out post-Lagaan, there was hardly any semblance of nuance in these narratives, even though national pride played a big role in both stories. In 2007, however, Shimit Amin turned heads with Chak De India.

Most sports films originating in India are overwhelmingly skewed in favour of male protagonists, even though women have been playing various sports in real life. On the surface, Chak De India was probably the first notable film in a long time to portray women playing hockey. But Jaideep Sahni’s screenplay was a loaded gun waiting to go off.

The film has a disgruntled coach, Kabir Khan, trying to whip the national women’s hockey team, or the “rakshason ki sena”, into some sort of shape, so that they can become a competitive team. Deep down, Sahni’s screenplay goes into uncomfortable territory, showcasing not just the Islamophobia that Khan falls prey to, but also the personal struggles of each member of the team. While one player tries to maintain her dignity in her romantic relationship with the vice-captain of the Indian cricket team, another player battles the constant needling of her in-laws, who want her to settle down in domesticity instead. Above all is a sports federation that refuses to take their talent seriously, and constantly metes out forgetful treatment to them, while a patriarchal society thinks little of them.

Sahni and Amin carefully map out all these obstacles throughout the narrative, so that, by the time the Indian team wins the penalty shootout in the final against the much-fancied Australian team, you cheer not just for a team that has brought glory to India, but a team that has triumphed in spite of its narrow-minded ways.

In a way, the themes of Chak De India set the tone for most sports films that have followed since. Most sports films nowadays tend to focus on the internal politics of sports federations, which is in itself a fallout of the glut of headlines showcasing mismanagement and corruption in sports administration in real life. Think Saala Khadoos, where the rise of a young, impoverished female boxer is thwarted time and again by the squabbling between her coach and a national selector; Dear Comrade, where the entire second half becomes a saga of a female cricketer battling sexual harassment at the hands of a selector; or even Mukkabaaz, where personal ego becomes the bone of contention in a boxer’s rise to prominence.

But the other and more interesting aspect of the evolution of the Indian sports film since Chak De India is how it has tried to become more inclusive and empathetic to multiple sections of society. If Saala Khadoos and Mukkabaaz tangentially portrayed how competing in sports is still a matter of class privilege, recent films have been harping on this particular aspect and giving it major attention in their plots. For instance, in Pa. Ranjith’s Sarpatta Parambarai, the trials and tribulations faced by a Dalit boxer are given as much attention as the superbly-choreographed boxing sequences, while the crushing poverty faced by a village girl in her quest to represent India in cricket forms the crux of Arunraja Kamaraj’s Kanaa.

All of these, however, lead to a point where interrogating the role of the nation becomes necessary in the “sports drama” genre. In Nagraj Manjule’s Jhund, the focus is not on football, but on the rag-tag team from the Gaddi Godam slum in Nagpur, as they battle poverty, class biases and caste prejudices to represent India at the Homeless World Cup. Manjule seems to be holding up a mirror to our biases.

This is a film where the do-or-die football match has been kept in the first half instead of the climax, because the director is more interested in showing how the struggle never ends for people who have been systematically marginalized and demeaned for centuries. Be it a tribal girl constantly running from pillar to post in search of an Aadhaar card, a Muslim woman battling the constricting nature of her ultra-conservative household, or even the struggles of Don, the captain of the team, as he keeps trying to stay on the straight and narrow in his quest for identity and self-respect—Manjule shows all these battles as proof that the idea of India, though a beautiful one, has a long road ahead to truly meet with the idea of inclusivity. When a kid asks their coach, Vijay Barse, about what “Bharat” means, the message hits home: these kids are part of a community for whom the nation is an unknown, because it constantly keeps them out of the development matrix.

Jhund isn’t a perfect film, by any means. Is it inclusive? Yes. It’s not the first film to touch on the topic of caste and class prejudices, and it’s not going to be the last. But as a sports drama, it’s better than Chak De India, in the same way that Chak De India was better than Lagaan. The sports drama will continue to evolve in India, and hopefully, we can expect more novel ways of looking at nation-building via sports. Now, if only someone made a film on how Rajasthan Royals won that inaugural IPL season…

Jhund is playing in theatres. Apart from an understated Amitabh Bachchan, I’d recommend this film for the terrific Nagpur-based cast, especially Ankush Gedam as Don. Please go and watch it on the big screen whenever you can.

Also, if you’re in the mood for a laid-back musical, check out Sudhish Kamath’s endearing Side A Side B, playing free on YouTube. It’s got a lively soundtrack by Sudeep Swaroop, and was shot predominantly on a single train journey using smartphones.

And No Time To Die is now out on Amazon Prime Video in India. You can also read my previous edition on the film here.