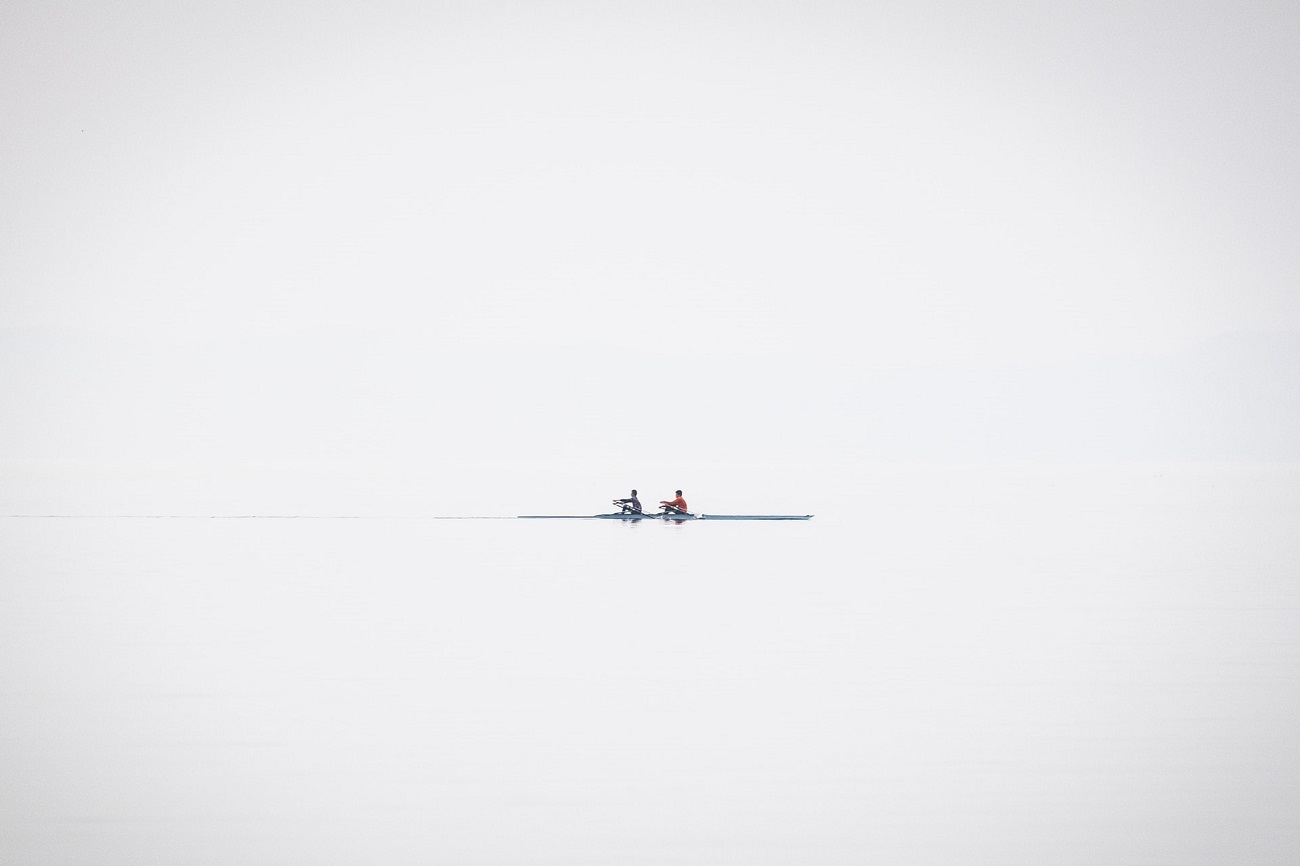 This is the 21st edition of Reel and Real, sent fortnightly on Saturday. That is about all things cinema, society that watches it, industry that creates it, and media that writes about it.

In his most famous work Republic, the noted Greek philosopher Plato had spoken about the polis, or the “ideal city”, where the governance of the city and its people were guided by justice and moral certitude. This is generally the utopian version of the city we like to think of—even though Plato thought about it sometime in 375 BC.

We are always enamoured by the fruits of modernization abroad. Tall skyscrapers with gleaming exteriors, swanky roads teeming with traffic, large airports, seamless internet connectivity—these are just some of the things that come to mind when we think of the “ideal city” in the 21st century. And this desire for modern-day comforts doesn’t just inform our deepest fantasies, but also the visions of the people in charge of governance.

Every year, especially in South Asia, you will find politicians of various ideologies eulogizing the respective past of their countries, and vowing publicly to bring “world-class” living to their constituents if given the chance. More often than not, these turn out to be hollow election promises, and, in most cases, politicians strangely develop amnesia after coming to power. And this cycle keeps repeating itself.

Criminality runs through the veins of politics and administration, whether we like it or not. Our definitions of governance have moved on from what Plato originally envisioned. In his seminal book When Crime Pays, Milan Vaishnav summed it up best:

Money helps grease the wheels, but voters too often have a rational incentive to back politicians with criminal reputations. In places where the rule of law is weak and social divisions are rife, politicians can use their criminality as a signal of their ability to do whatever it takes to protect the interests of their community—from dispensing justice and guaranteeing security to providing a social safety net.

It would appear, therefore, that we live in what I like to call “gangsterocracies” as opposed to democracies. In search of action and good governance, people apparently tend to side with politicians having criminal antecedents, as they appear to believe in action rather than rhetoric, forgetting a maxim that holds true: “everyone is hungry for power.” And nowhere else will you find this maxim employed in high-definition dog-eat-dog detail than in depictions of the South Asian metropolis.

The interest in “city noir” or narratives around criminality in governance is not an isolated moment in time. We appear to be standing at a crucial juncture in popular culture, where the intriguing nature of the “Nordic noir” hits of the early 2010s—such as Forbrydelsen and Wallander—has joined forces with the real-life discontents of urban audiences. Fed up of lackadaisical governance, it is only obvious that people, after a point, would start getting inured to the social ills around them, and even look for entertainment and humour in these settings.

When Vikramaditya Motwane’s cult series Sacred Games burst onto the streaming scene in 2018, we saw Vikram Chandra’s original narrative universe play out like a complex puzzle that would make even Joseph Conrad blush. Various characters in the series, as in Chandra’s novel, are either greedy for money, or sex, or love. Mostly though, it is the allure of power and relevance that drives the actions of all its characters, and the city of Mumbai is a cynical cesspool of overarching ambition and all-prevalent greed.

For all the righteousness of the battle-weary protagonist Sartaj Singh (Saif Ali Khan), his pursuit of the trail of crumbs left behind by the suicide of Ganesh Gaitonde (Nawazuddin Siddiqui) is, in fact, a quest for purpose and relevance. Sartaj is an ideological misfit, ill at ease with the way his colleagues in Mumbai Police, DCP Parulkar (Neeraj Kabi) and Majid (Aamir Bashir) are pliant with their moral compasses. Since he is the underdog, we root for his victory.

And what is more interesting is Motwane’s vision of Mumbai. There is no doubt that Chandra’s novel portrayed the Maximum City as a hub of cynicism, where criminals and criminality rule with an iron fist. But the series takes great care to show how these very aspects power the outer sheen of the city. The characters of Sacred Games come from a cross-section of society, and everyone is shown to be at ease with the crooked side of Mumbai. Rather than position it as an ideological glitch, Motwane shows how law and order, and even governance, in the metropolis tick along because of criminality as a necessary evil.

People look down upon the idea of violence, and yet every character indulges in it at some level, predominantly because of the hunger for relevance. Everyone knows their position in the social hierarchy, but they are also hungry for upward social mobility.

Regrettably, however, Sacred Games also kicked off the Indian streaming space’s sustained love affair with the “guns-girls-abuses” trifecta, with every streamer trying to cash in on the immense popularity of its first season. The obsession with the portrayal of criminality meant that the “urban noir” genre, to which Sacred Games belongs, ultimately gave rise to a sub-genre: the gangster saga. Amazon Prime Video hit the jackpot with their gangster saga Mirzapur, Disney+ Hotstar and Sony LIV also made waves with Aarya and Undekhi.

Unlike “urban noir”, which is largely confined to the city, the gangster-drama is a genre that can be easily adapted to any setting. Most of the aforementioned shows use gratuitous violence as a storytelling crutch, and if audience reactions are an effective barometer, the interest for this kind of shows never wanes. But if one thinks about it deeply, streamers and studios are basically trying to cater to the wish-fulfilment fantasies of audiences. They want to see governance in action, instead of being stuck in endless loops of red-tape. And if not in real life, why not on screen?

The idea of criminality as a “civilizing force” outside the bounds of conventional morality and justice in a city also recurs a lot in Ashfaque Nipun’s superb 2021 series Mohanagar. Set in Dhaka, the majority of the events in the first season of the series are staged in a police station somewhere in the city over the course of one night. The protagonist, OC Harun (Mosharraf Karim), has embraced his “inner crook” with relish.

Quick-witted, sharp and silver-tongued, the diminutive Harun is closer to several police officers, for whom ethics can be bent at will. He keeps looking to extort money from various parties in exchange for security, and constantly calculates how much he can benefit from everyone’s misfortune. Ideology or morality means nothing to him—the only thing that matters to him is money. Yet under the garb of avarice and corruption, Harun is a seasoned cop who does his job better than anyone else. While his actions leave everyone, including the audience, guessing his next move, he remains an oak-like presence throughout the proceedings, managing everyone from irate seniors to inquisitive journalists.

Sartaj and Harun are hard-nosed police officers who wade through the murky waters of the metropolis. However, while Sartaj is someone whose personal morality is constantly at odds with his questionable choices in his quest for the truth, Harun is someone who has embraced the dark side completely. He has no qualms about abusing his authority as a police officer, and constantly plots how to take advantage of others.

The fascinating thing about all such shows and movies is how only select characters are held up as the “crooked” ones. However, any study of criminality on screen misses the larger point: these characters cannot become prominent without the active complicity of people around them.

The hegemony of such “crooked” people isn’t just ensured by criminal or people with certain authority, but also by the people living within the city. Think about all the little actions in our day-to-day life that have been normalized on screen through the years—bribing officials to get work done faster, striking deals with hardened criminals for security, covering up serious crimes for a price, and so on. If you think about it, it’s the unheralded cast in each “noir” story that should be the focus of attention, because of how well their desire for “action” props up criminality in governance. And there isn’t a choice, in most cases. People will do anything and everything to survive a crooked system, even if it means brushing morals under the carpet.

Both Sacred Games and Mohanagar seem to hold up mirrors for us. Beneath all the drama and intrigue, the shows seem to highlight how comfortable we have become with the idea of criminality in our daily life. Yet, both narratives ultimately reveal criminality to be a double-edged sword. The metropolis might keep on ticking, but at what cost? In the dash for “effective governance”, empathy seems to die a hundred deaths, and justice remains elusive in the little battles.

Check out the fabulous dramedy Somebody, Somewhere on Disney+ Hotstar. Bridget Everett is smashing in this heartwarming show on loss, grief, queer narratives and self-discovery, set in a small town in the American heartland.