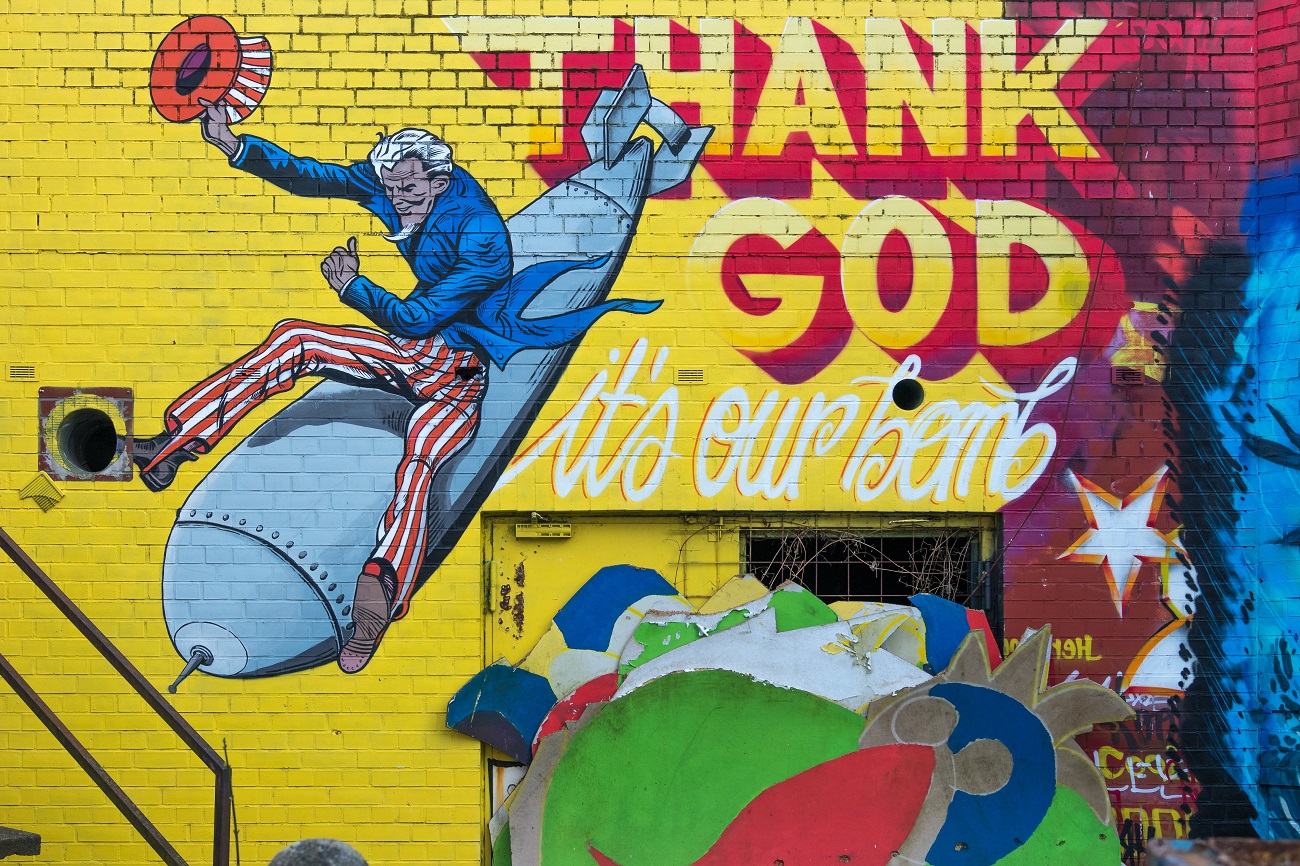 In Martin Scorsese’s film The Irishman, there is a scene where Frank Sheeran (Robert de Niro) and his boss, the infamous gangster Bill Bufalino (Joe Pesci) take their families to the bowling alley. Even as their respective wives bond and joke with each other, the two partners talk about their business. Suddenly, Bill looks at Frank’s little daughter Peggy, and asks him about his relationship with her. Frank replies that she never talks to him.

“She’s scared of you,” says Bill. “That’s not a good thing.” Bill tries to talk to Peggy himself, but she stays distant as ever.

In complete contrast, however, Peggy bonds with Jimmy Hoffa (Al Pacino), the trade union leader who is befriended by both Bill and Frank. Brash, loud-mouthed and presenting himself as morally upright, Jimmy represents the virtues of the world to Peggy, who views her father and Bill as morally-corrupt people who people fear.

It, therefore, comes as no surprise that when Frank is forced to kill Jimmy and hide his body at the behest of the mob he works for, Peggy is the only one who (correctly) intuits it. She does not say a word about it, but it is from this point onwards that we see a further straining of the father-daughter relationship. Peggy, all grown-up now, decides to sever all ties with Frank.

Everyone talks about gangster films, and the glorification of violence and powerplay through them. But what is rarely talked about in popular culture is the thin line that the gangster must traverse between the “real”, biological family and the “imagined” family, or the gang, or the empire he has built for himself. Most directors prefer to train their gaze on the blood and power: Scorsese, however, portrays the psychological violence that the gangster’s actions wreak on his family.

For most people who have to live within pre-defined societal codes in real-life, cinema offers an escape to a world far removed from theirs. The idea of seeing a protagonist who can repeatedly break the established binaries of right and wrong with impunity, and still exercise enough power to make enemies and the establishment bend to his will is tantalizing to all of us. And we celebrate these protagonists and cheer them on, as they go about despatching enemies, punishing any form of insubordination and extorting money from hapless businessmen.

But there is a limit to what we want them to do. When our beloved gun-toting protagonists cross a certain ethical line, which is when we start hating them and wish for them to face any form of justice.

What explains our fascination with gangster films? The answer, perhaps, lies in the challenges we face in everyday life.

We live in times where the idea of democracy has become a hollowed-out version of itself. Corruption has pervaded almost every aspect of our lives. Our bureaucracies, like our politicians, are seen as inept and power-hungry centres. Bribery is an accepted norm, rather than the exception: we have rationalized our thinking to accept the fact that palms need to be greased, in order to “get the job done”.

“Get the job done” becomes the maxim for our existence.

We don’t care about the fact that bribery is wrong, or that corruption is bad. We have accepted it as a fact that, as citizens, this is how the system works and this is how the things get done. We keep saying that politics and administrative positions are cesspools of power and deceit, but what we really are saying is that we’re envious and fearful of the few people who establish themselves in these sectors. We treat these people as if they were the Pied Pipers of Hamlin, waiting for them to play their flute, because we think they are capable of “getting the job done”.

In his 2016 book When Crime Pays, Milan Vaishnav turned his lens on Indian politics to discover a pattern where people were more likely to vote for people with criminal records, because they felt these people were more likely to work sincerely for the welfare of the people, as opposed to the so-called power-hungry political class. But it is worth noting that Vaishnav’s predictions hold for democracies all over the world. In a way, right-wing movements all over the world have one crucial similarity—the reluctance of the educated, privileged middle-class and upper-class citizens to join conversations on governance.

The privileged class is too self-absorbed to see the ground realities. We, who belong to the generation of social media and e-commerce, become so cocooned in our little bubbles that we become completely oblivious of the changing socio-economic realities around us. We stop talking to people, especially those who do not belong to the same social class as ours. Our need for looking down on them creates a disconnect not only with them but also with the world at large.

This self-absorption comes from the fact that we need to be parented at all times. We need to be told what to do. We have to be spoon-fed the news via social media, because we have become incapable of reading a newspaper and separating the wheat from the chaff for ourselves. Just as we look towards our parents as caregivers, we leave the responsibility of running the country to the government, who we unconsciously designate as the ultimate caregiver.

We hate the idea of thinking and doing something, because it has been force-fed to us that thinking is a waste of time, and the present calls for urgent action. And this spills over to popular culture. Violence as a way of achieving an end becomes glorified. And we grow more and more aloof from each other, and keep the discontent with our existence alive, without stopping to think about the psychological violence we unleash on our loved ones. Because of the failure of the political class all over the world, we look for someone to do the dirty work, because “the job needs to be done.”

But then, who cares about all this? Films are only meant to entertain us, right?