﻿ Neetole Mitra I have unravelled a new meaning of selfies October 7, 2021 https://www.nakedtruth.in/wp-content/uploads/2021/10/Selfies-are-self-love.jpg 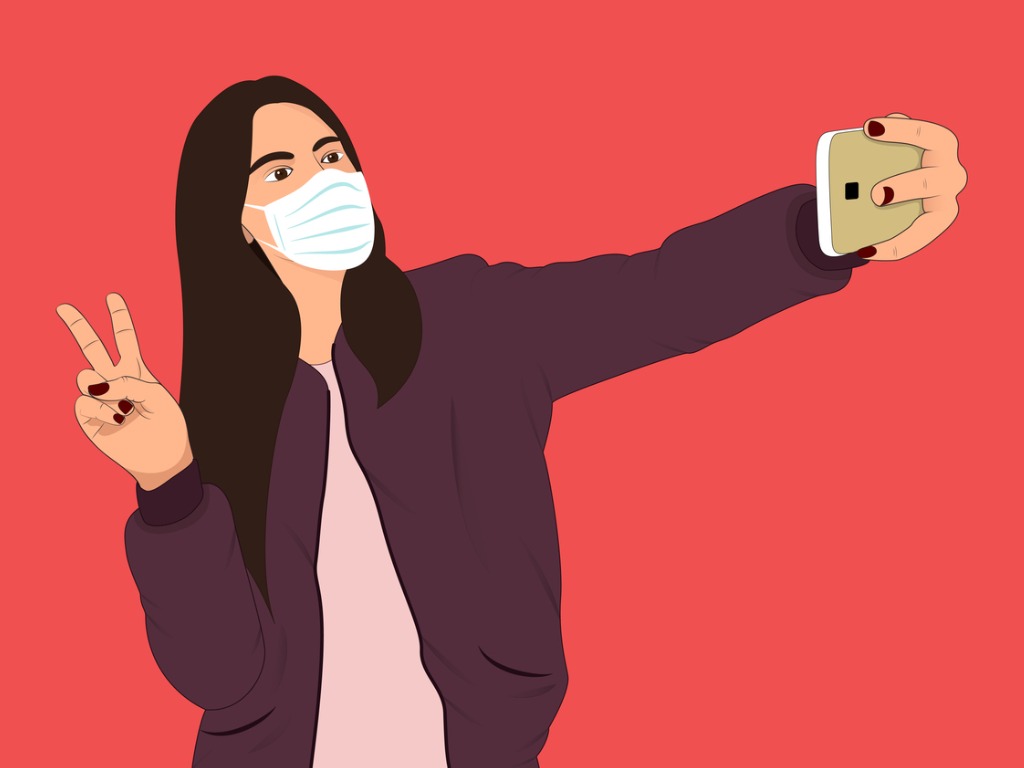 I don’t know where it comes from, but we tend to trivialise whatever doesn’t make money. Often marketing gurus or artists pick up these royally neglected elements of everyday life and spin them around with clever ideas attaching them to big-money industries, and changing the narrative around them completely. Then a common person runs after a new trend for a while—like the recent hype around panta bhaat which is now a darling of the food and beverage or hospitality industry.

The selfie is a great example to demonstrate this point. Since smartphones became common, these self-crafted images are everywhere. They are easy, and a dime a dozen. And similar to our reaction to present-day TikTok reels, we have loved to hate the selfie. Well, love it or hate it, you can’t deny that a selfie is an art form and a rather accessible one as that. It is a route to self-expression, and without consciously trying, we have managed to create a mammoth archive of personal human histories with this point and shoot phenomenon.

We should have seen it coming a long time ago when Narcissus discovered his reflection in a pool of water and fell in love with it roughly 4000 years ago in the pages (oral accounts) of Greek Mythology, a historic narrative acknowledging a very basic human desire of self-identity and self-love. Maybe it started even earlier with the Mesolithic cave paintings depicting the everyday activities of the ancient man or the handprints preserved in the caves of Chauvet in France—an attempt to preserve a bit of oneself and one’s identity.

So, when 18 years ago in 2003, Sony introduced a flip phone with a 0.3-pixel camera that acted as the first front-facing camera phone offering preview of the image being recorded by the user, it was a big deal. The company may have designed it to enable conference calls, but the gadget went down in history as the selfie-friendly phone.

It’s not to say that we were waiting for Sony to show us the way. We had been clicking blind selfies for a while—aiming the back camera to our face without knowing what the result would look like (imagine the number of tries it would take to land one decent click)! No, let’s go back even earlier, to 1839, when the first ‘selfie’ was captured on a Daguerreotype, way before modern DSLRs and smartphones saw the light of the day.

It was one 30-year-old named Robert Cornelius who set up a Daguerreotype machine, polished a sheet of silver-plated copper and exposed it to the camera. He then slid before the lens and stood still for a few minutes before returning to cover up the glass. Amateur chemist and silversmith Cornelius then treated that copper plate with vapours and liquid chemicals before he could see what he had managed to capture. We, as a species, care a lot about looking at ourselves, and would go quite a length for self-preservation and representation.

So, the next time you look at a selfie or click a selfie, just refer back to the long journey that you are a part of. Every minute from the beginning of life on earth has probably led up to this moment of you pointing that camera at your face donning that ridiculous duck pout. Go for it!

With all this in mind, I was musing about the negativity selfie culture has generated in the hearts of some. There’s a strong counter-current where the selfie is undermined and ridiculed, even, as vain. Young women often find themselves at the centre of these anti-selfie opinions as though appreciating one’s appearance is the most pointless activity a person can indulge in. It made me think about where this hate originates from. Are we uncomfortable looking at ourselves despite trying to look at ourselves better for so long?

Is it part of some identity politics where we must earn the right to look at ourselves, to celebrate our being, our body and our existence?

The mirror, like the selfie, has had a long journey. 8000 years ago, the Turks used polished copper plates to look at themselves. Same in Iraq and Egypt. Though polished stones and bronze plates were also common around the world before Germany’s Justus von Liebig invented the modern mirror—shiny metallic plate coated with fine glass—in 1835.

This history of looking at oneself, while glorious, induces shame and guilt. Is it because we are afraid we might all end up lonely like Narcissus and die lost in our reflection? Are we scared of self-discovery and self-love? Or is it part of some identity politics where we must earn the right to look at ourselves, to celebrate our being, our body and our existence?

While I’m not quite sure of why owning one’s identity is such a battle, I do feel it is a rebellion of sorts. There are so many of us, each with our horrid sets of flaws. We are insecure, all of us. And in the face of that to not just look at oneself, but also freeze a slice of one’s life to share with the world, probably forever, is giving a metaphoric mi**le finger to the shortcomings we so desperately try to hide. It is also a very meditative and conscious activity, because the moment we look at ourselves, we simultaneously become aware of others looking at us.

The front-facing camera of 2003 was significant because it gave us a better opportunity to arrange our identity, to convey specific thoughts and ideas about ourselves to others. It wasn’t just oh, look that’s me anymore. It became something greater. It gave us a choice of being a little bit extra. It gave us the luxury of spending more time to present our best selves. It made us storytellers. The story is us, and the narrator is also us. The selfie is a visual autobiography.

The selfie is more than just pointing a machine at our face and churning out a copy. It’s self-love delivered consciously for the world to appreciate and reject. The everyday person finally has a chance to work on their brand.

Some of us have taken the selfie with all sincerity, creating stunning self-portraits and venturing into the world of modelling. Many YouTube influencers even share elaborate tips on how to click visually stunning photographs, with their views and followers going into millions. Presenting oneself well is not just a matter of good looks, but also an enviable bank balance.

Probably it has always been that way. The better you present yourself, the better your social standing or vice versa.

It reminds me of the Mughal and Rajput miniature paintings and even the European renaissance portraits of royals and nobles. Often depicting not just physical splendour, but also delving into elaborate sagas of a person’s philosophy, altruism, bravado and spirituality. The portrait as a marketing tool may be an amusing thought, but isn’t far from the truth. So, the next time you see someone busy clicking a selfie, and have the urge to make a highhanded comment about their vanity, think about the money they might rake in if they get it right.