﻿ Rony Patra We are now past the Friday habit October 9, 2021 https://www.nakedtruth.in/wp-content/uploads/2021/10/Breaking-the-Friday-habit.jpg 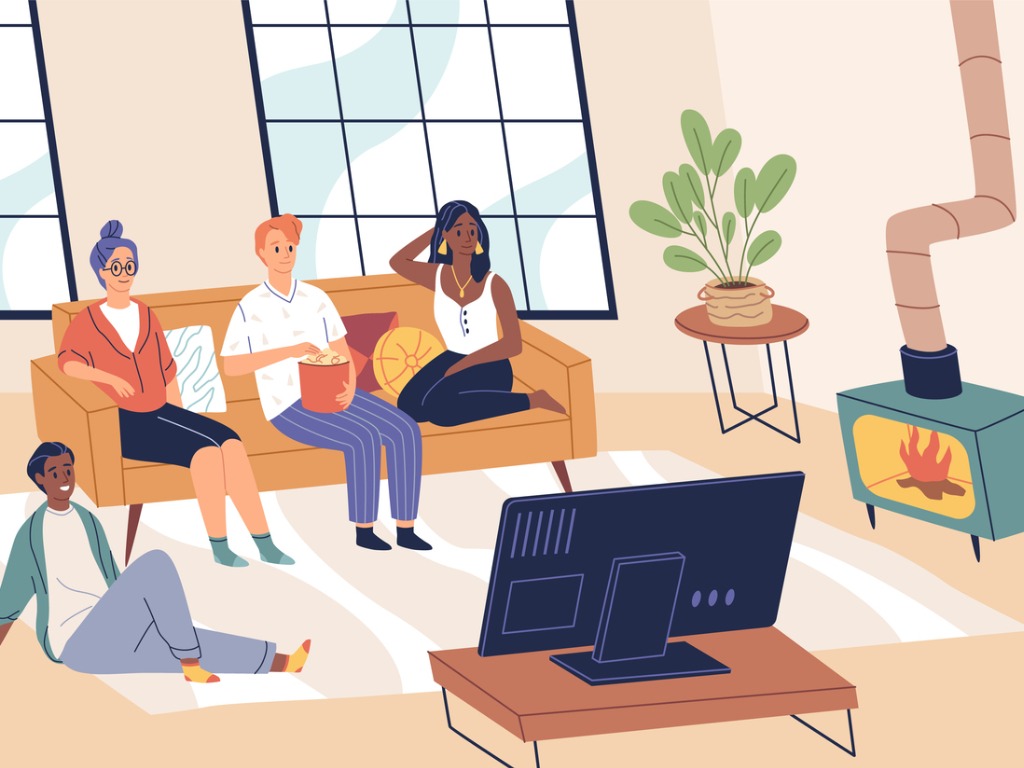 This is the 17th edition of Reel and Real, sent fortnightly on Saturday. That is about all things cinema, society that watches it, industry that creates it, and media that writes about it.

Ask any filmmaker about his or her favourite day of the week, and they are likely to say “Friday”. It’s also a day movie buffs look forward to. It’s the day of reckoning for any filmmaker, as their films release on this day. All of us who love cinema associate the day with new releases. There’s a scene in Karthik Subbaraj’s 2014 film Jigarthanda where Karthik, the struggling director played by Siddharth, awaits the release of “A. Sethu”, a film he has made against all odds with his menacing lead actor, Assault Sethu (Bobby Simha). You can literally smell the air of anxiety and nervousness of a rookie director from Karthik’s face, as he bites his nails and waits outside an auditorium to hear the audience’s reaction to the film.

I forget who it was, but a filmmaker had once remarked in a publication years ago that directors lived and died on Fridays. In a pre-pandemic world, a Friday had become synonymous with a lottery, where the figures of the opening weekend actually made or broke a film.

However, Indian filmmakers didn’t always release their films on Friday. The trend of releasing films on Fridays began sometime in the 1950s due to a combination of factors. Exhibitors and distributors were enamoured by the way Hollywood had adopted the “Friday release” strategy beginning with Victor Fleming’s classic Gone With The Wind in 1939.

However, the trend caught on because of two reasons: firstly, workers in various small-scale industries in Mumbai were given half the day off on Fridays, and secondly, Friday is considered the day of the goddess Lakshmi. The belief was that Friday would be lucky for filmmakers and film financiers, and the practice stuck.

With theatres open across much of the country, and the state of Maharashtra allowing theatres to open later this month, the box-office counters and popcorn stalls should start humming on Fridays again. But is the Friday release still invincible?

It is worth noting that the stranglehold of Friday as the “premiere day” extends even to the world of OTT. Ever since Netflix, that ubiquitous streaming behemoth, kicked off the OTT revolution with their first original House of Cards in 2013, the audience’s expectations of brand-new premieres have slowly shifted from the big screen to, well, the mobile screen. For an audience used to relaxing on weekends, the trend of releasing a title on Friday works just fine. And Netflix’s “Friday release” strategy is still followed to a T by all its rivals.

However, in all the hype surrounding Netflix’s OTT supremacy, what has gone under the radar is how they have gradually undercut the idea of the “Friday release”. In just under a decade, Netflix has quickly become essential viewing in over 190 countries globally, thanks, in no small measure, to its massive investments in films and shows all over the world.

In India, for instance, Netflix is projected to spend an estimated 3000 Crores INR in original content over the next few years, by getting in league with top-notch directors such as Sanjay Leela Bhansali (Heeramandi) and Vishal Bhardwaj (Khufiya). The downside to all this, however, is the fact that not all titles can be released on Friday.

In addition to its titles commissioned in the US, Netflix has a vast trove of original content coming in from the UK, Spain, Mexico, Italy, France, South Korea, Malaysia, the Philippines and India, with more territories churning out content. From being a “Friday-only” streamer, it has now reached a stage where it can release its content any day of the week. And other OTT platforms, such as Amazon Prime Video and Disney+ Hotstar, are now trying to copy Netflix’s playbook, by increasing their investments in original content.

A fortnight ago, I had actively talked about how the Indian OTT ecosystem was gradually changing the definitions of “stardom” in popular culture. As a country, our definition of long-form storytelling has traditionally been daily soaps on television, that run for thousands of episodes and become Sisyphean nightmares after a point. Around 2014, creators and actors saw the kind of prestige television being churned out in the US not just by Netflix, but by cable networks such as Showtime, AMC and HBO. While shows such as Game of Thrones and Breaking Bad became conversation-starters globally, the Indian entertainment sector was still stuck in the era of daily soaps. And a few people were trying to change the narrative.

Two weeks ago, the second season of Kota Factory, the much-loved drama about a group of teenagers gritting it out at various IIT coaching centres in Kota, debuted on Netflix, and quickly garnered appreciation. Honestly, there’s only so much about the famed IITs and their back-breaking, punishing culture of excellence that you can show on screen. Kota Factory, however, takes a long, hard look at the phase that comes before that. The series became yet another success for prolific video creator The Viral Fever, or TVF for short.

Prior to 2014, TVF has already amassed a cult following on YouTube, thanks to their short comedy sketches. They first ventured into the world of long-form series with Permanent Roommates, which centred around a young couple, Mikesh and Tanya, trying to navigate the highs and lows of a live-in relationship in Mumbai. However, it was the runaway success of their next original, the startup comedy Pitchers, that really made the web world take note of TVF as a serious creator. From making most of their sketches and shows for YouTube and TVFPlay (their own streaming platform), TVF has now become a creator that produces shows for other platforms such as Netflix, Amazon Prime Video, and ZEE5.

Then there’s Applause Entertainment, which has an intriguing back story. The company was originally in the business of film production, having produced Sanjay Leela Bhansali’s Black and Govind Nihalani’s Dev. However, the banner shut down quickly. Early on in 2017-18, media veteran Sameer Nair took charge of the banner and relaunched it as a digital content company specializing in premium dramas. Instead of waiting for approval from OTT platforms, the uniqueness of Applause’s shows lies in the fact that each show is green-lit, shot and completed first. Then the completed shows are shopped around to various platforms, with the company retaining all intellectual property rights.

It seemed like a high-risk bet at the start of 2018, but Applause has now become the most prolific digital content company in Hindi, having delivered various hits such as Hostages, Criminal Justice, City of Dreams, Scam 1992, Hasmukh, Mannphodganj Ki Binny, Hello Mini and others. And life seems to have come a full circle for the banner, as Aparna Sen’s forthcoming film The Rapist, which marks Applause’s first feature film in its second avatar, is playing at the Busan International Film Festival right now. Talk about the universe acting in strange ways.

Thanks to the creators such as TVF and Applause, other creators and filmmakers such as Nikkhil Advani, Neeraj Pandey, Karan Johar and Dinesh Vijan have now realised digital content is the hot new place to be. The amount of content being produced for various platforms in India right now might be minuscule compared to Netflix’s global output, but we are slowly reaching a stage where platforms are looking beyond Friday, and releasing titles on other days in the week.

Having said that, the fact remains that OTT platforms and creators are only catering to humongous demand. The media consumer of 2021 is not the same as he was in 2014. He has access to a smartphone or tablet, and is willing to purchase subscriptions, as long as he is regaled by quality content. But more importantly, he is not willing to wait.

The craze of watching a “first-day-first-show” film in theatres is missing on OTT, because streaming caters to consumers using the “catch-up” dynamic. Consumers know that once a title premieres on streaming, it won’t be going anywhere for a while, so they can watch it whenever they want to. For instance, even though Squid Game is all the rage on Netflix right now, there are lots of people who still haven’t watched it.

Ultimately though, it is the quality of content that will determine whether a show or film is a hit or a flop. Whether it succeeds in getting a “Friday release” is immaterial. A good show will give rise to numerous conversations regardless of whichever day it releases, while a bad film will be lost in the bottomless sea of algorithms.

The Friday habit is not-so-important anymore in the age of OTT.

Check out Manu Ashokan’s Kaanekkaane on SonyLIV, which is about a father and son trying to work their way through guilt. Suraj Venjaramoodu and Tovino Thomas are in fine form here.

This newsletter is first sent via mail; consider subscribing to it to receive right in your inbox, following this link, and be the part of our growing community of readers.