﻿ Usri Basistha The insidious intent of the ‘good vibes only’ gang June 21, 2021 https://www.nakedtruth.in/wp-content/uploads/2021/06/The-good-vibes-only-gang.jpg 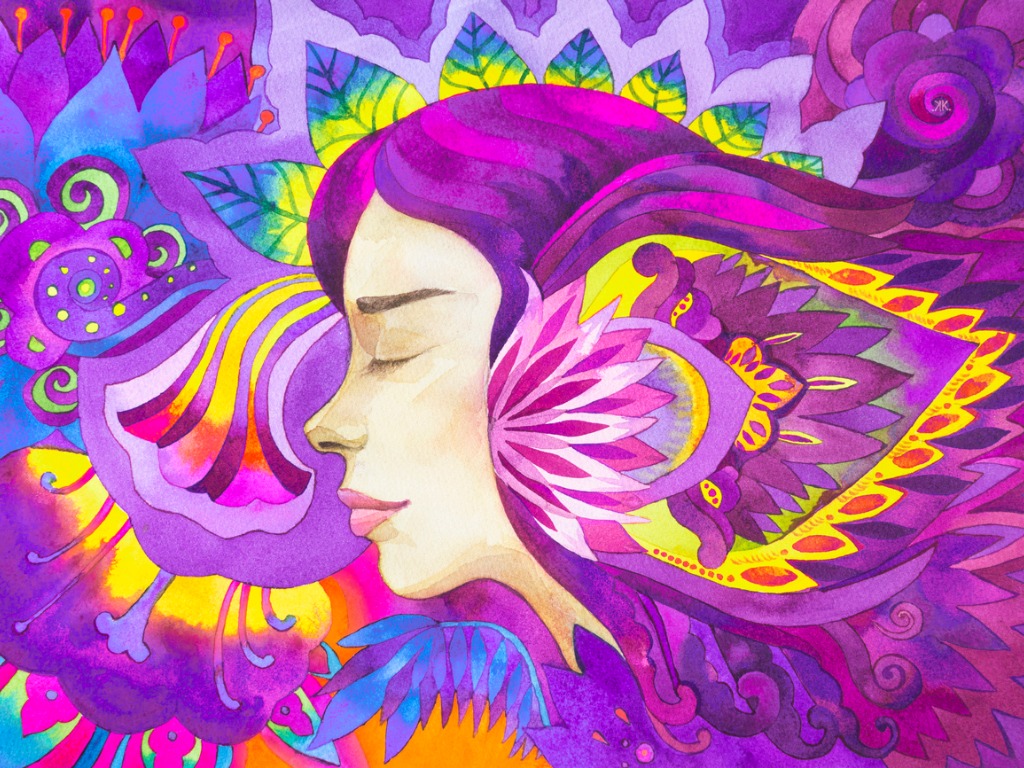 Last month around this time, I was still isolated in my room. An unabated fever, coupled with diarrhoea and extreme fatigue meant my doctor wasn’t taking chances. Excessive hand washing, popping pills after every meal, sanitizing every surface I touched, stocking up on surgical masks and frantically waving at the three other people—all well above the ‘vulnerable age’—in the house, to stay away from my room became routine.

In those three weeks of isolation, I’d occasionally be found curled up in a corner of my room scrolling through the stories @thedelhiwallah was posting on his Instagram account. Under the hashtag #feelingsofthetime, Mayank Austen Soofi curated hundreds of first-person narratives of people from various parts of the country, as the second wave of COVID hit our country. These stories helped me find community beyond the alienating experience that recovery from the virus is synonymous with.

Some had survived the virus but were battling the isolation, some were parents worried for the safety of their children, some were children who had abruptly lost parents to COVID. Some spoke of the horror of running around hospitals as the shortage of medical supplies continued, some spoke of the helplessness caused by not being able to attend the funerals of their near ones. The stories outlined the varied shapes of loss: denial, anxiety, despair, shock, anger, loneliness, fear and the numbness that often comes after feeling too much.

Amidst this collective outpouring of grief, reading about the Prime Minister’s appeal “to celebrate the power of positivity” preceding his monthly radio programme, ‘Mann Ki Baat’, felt utterly incongruous. Before long, his demand for “inspiring” stories elicited different reactions from different people. People highlighted how calls for positivity distracted focus from the overburdened health care infrastructure and administrative mismanagement when it came to cremating the deceased. The general consensus was that it seemed to be resorting to toxic positivity instead of focusing on the crisis at hand. The Prime Minister seemed to have conveniently jumped onto the bandwagon of a programming that was already trending for quite a while.

About a year ago, I had written about “the negativity bias”, and how if we are unaware of this inherent conditioning, we can go down the rabbit hole of doomsday thinking. I had ruminated on how negativity and positivity exist on a spectrum, and fixating on either can be misleading and even harmful. Ergo, it turns out that if our brain is unduly focussed on just the sunny and positive bits of life while muting out every other emotion can lead us down an equally precarious rabbit hole.

But haven’t we all heard of the “Don’t worry, be happy” mantras? Haven’t we advised friends going through tribulation to “just look at the bright side” of life? After all the tired puns on people with B+ blood group, we are being told ‘being positive’ is not always ideal, instead it can actually be toxic?

“While cultivating a positive mindset is a powerful coping mechanism, toxic positivity stems from the idea that the best or only way to cope with a bad situation is to put a positive spin on it and not dwell on the negative,” Natalie Dattilo, a psychologist based in Boston, explains in an article. She adds that such a mindset can arise in a culture which undervalues negative emotional experiences and tends to glorify positive ones.

So, why does our culture prize positivity so obsessively?

In her memoir on living with depression, “I’ve Never Been (Un)Happier”, Shaheen Bhatt posits the seeds of ‘the positivity movement’ lay in the 1960s. The world looked quite different back then. It had been ravaged by two successive World Wars; the impact of deep-rooted racism was just becoming apparent in America, and the Indian subcontinent was still reeling from the centuries’ long war for independence and the brutal massacre of the Partition.

“This overload of relentless violence gave rise to global non-violence movements, as well as hippie counterculture that preached peace, passivity and a dogged focus on the quest for enlightenment,” writes Bhatt. In the subsequent decades as the personal development circles blossomed, so did the premise of toxic positivity without being questioned. Hence, the ‘good vibes only’ club was born. A messaging that is only too ubiquitous on our social media feeds even today.

Since its birth during the Hippie era to the age of social media, the ‘positivity movement’ has bloated into an unsustainable and unkind monster. Bhatt argues, looking for hope in a devastated world and a single-minded focus on happiness are not the same thing. Yet it is interesting to note that it has stayed under the radar for so long and has only been called out in the recent decade.

On the face of it, Yoga teachers asking their students to ‘push negativity out’ and ‘breathe in positivity’ sounds pretty innocuous, almost an enlightened thing to do. However, the insidious rigidity of this messaging becomes visible when zoomed out to the macro-level. Positivity becomes toxic when it suggests that emotions exist within the binary of ‘good’ or ‘bad’.

The premise of ‘always think happy thoughts’ makes it harder for people to embrace the vulnerability inherent in experiencing life.

In a survey of over 70,000 people Harvard psychologist and author of the book “Emotional Agility” Susan David found out that one-third of people tend to judge themselves for having ‘undesirable’ emotions like sadness, anxiety, anger or envy. This judgement of one’s own emotional life can lead to alienation and shame, as Bhatt’s memoir shows.

If subscribed to this, judgement can silently arm-wrestle us to stow our messier feelings under the carpet. The premise of ‘always think happy thoughts’ makes it harder for people to embrace the vulnerability inherent in experiencing life. If vulnerability is looked down upon, it invariably leads people to negate feelings that don’t make it into the arena of ‘good vibes’. Thereon, it effectively minimizes the possibility of vulnerable and honest conversations. Conversations that play a crucial role in people reaching out for help.

Mahmoud Khedr, co-founder and CEO of FloraMind, which focuses on mental health sensitization among the youth, focuses on the shame that is on the other side of this narrative. He enumerates in his TED talk how several teenagers opt against seeking professional help. When their peers and social media ask them to ‘keep calm and carry on’ then their chances of doing or believing otherwise diminish.

In a pandemic situation, all of the above factors are amplified as a mental health pandemic unfurls parallel to the virus-caused one. However, the biggest undoing of toxic positivity lies in the denial of another person’s lived experience.

Asking people to turn on their ‘happy’ switch when faced with “(…) dire situations like illness, homelessness, food insecurity, unemployment or racial injustice” is also another instance of unrecognized privilege, Dattilo notes. Not everyone can take a vacation to unwind or go for therapy when they require assistance. All some people have is the community of friends and family around them. If this community is largely misguided by toxic positivity then that chance for soothing disappears too. Instructing someone to ‘be positive’ without knowing their socioeconomic or cultural context can be simply tone-deaf.

The biggest undoing of toxic positivity lies in the denial of another person’s lived experience.

Instead of offering unsolicited advice, psychologists insist on exercising compassion and curiosity for the experiences of another. Mindfulness practices, based on the core idea of radical acceptance, are also recommended when someone is going through challenging times.

In another research, it was found that acceptance of ‘negative emotions’ instead of disowning those leads to better mental health in the longer run. The 2018 study that was conducted on over 1,300 adults gauged the connection between emotional acceptance and psychological health. Its results showed people who constantly dismiss or resist certain difficult emotions end up struggling more psychologically.

In order to uproot the narrative of toxic positivity, the buck doesn’t just stop with psychologists and mental health professionals. We can also pitch in and do our bit to recognize and replace the normalized ‘script’ of forced positivity. We can display empathy and be more intentional in our interactions.

As Khedr reminds us:

…language matters, language validates our experiences or negates them. It leaves us feeling appreciated or neglected, happy or sad. Toxic positivity ultimately blocks people from seeking help. Help that can not only improve someone’s life but also save someone’s life.

So, taking a page out of his book, we can try offering alternate responses when someone comes up to us with a dishevelled mental hygiene. Instead of saying ‘stop being so negative’, we can substitute it with ‘that sounds like a hard situation; how may I help’; instead of saying ‘just be positive’, we can swap it with ‘whatever you’re feeling is natural’.

After all, an impending mental health crisis seems like a good time to ditch the ‘good vibes only’ flag for the ‘all vibes are welcome’ banner.