﻿ Usri Basistha Resilience might be the magic potion we need to survive the pandemic September 1, 2021 https://www.nakedtruth.in/wp-content/uploads/2021/09/Resilience-to-survive-the-pandemic.jpg 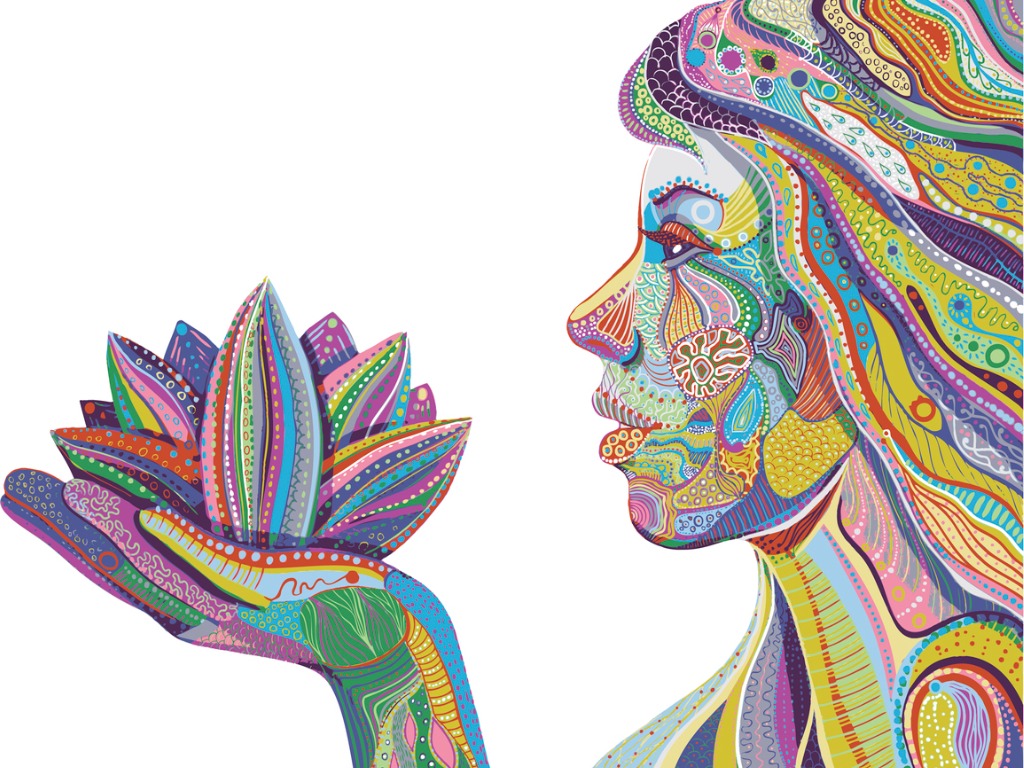 A few weeks ago, India observed its 75th year of Independence. I use the word ‘observe’ deliberately because we cannot really ‘celebrate’ anything with the pandemic and its imminent waves hanging over our heads like a wobbly sword. The patriotic fervour of the pre-pandemic days was missing from the second consecutive Covid-infested Independence Day. The blaring of familiar songs—think A. R. Rahman’s rendition of “Vande Mataram” or the good, old “Saare Jahaan Se Achha”—or the flag hoisting ceremonies in our neighbourhood societies, clubs, or the flocking at multiplexes to catch the Independence Day release. Although the last scenario did happen in a different way, two Independence-themed films did reach us via our OTT platforms. Both were based on real-life war heroes, “Bhuj: The Pride of India” and “Shershaah”. Not big on war films, attempting to beat my pandemic blues, I picked the latter: a biopic about the life of Param Vir Chakra recipient, Captain Vikram Batra.

Apparently, I made a saner choice, as a friend, who had seen both, assured me. Without the hyper-nationalistic overdramatic tones of “Bhuj”, this film follows Capt Batra’s journey from his boyhood, to college romance to his drafting and posting in INA leading up to the Kargil war. His incredible bravery during which—he staked his life to rescue a fellow soldier—earned him the nation’s highest military honour posthumously. During the end credits, actual video footage of the barely 25-year-old Capt Batra flashes across the screen. Some of the most iconic dialogues in the film were inspired by his glib, filmy charm.

Undoubtedly, it is a stark reminder of the loss that war entails. However, the film’s subject matter mostly extols the heroism of its central character. It is after all called ‘Shershaah’, an allusion to the codename the Captain earned due to his intrepid nature.

“Ek fauji ke rutbe se bada aur koi rutba nahi hota”—the film’s trailer opens with these lines, which translate into “There’s no greater honour than being a soldier.” Honour that comes from fighting to protect one’s nation. Even greater the honour if one lays down their life in the line of fire. The film delineates the greater masculine ideal that dictates the triumph of one’s character is based upon the strength of their beliefs and whether they are ready to fight for the same. A fight won, ultimately, by a gallant display of physical might.

Something completely disparate is playing out on the world stage, right now. The swift takeover of Afghanistan by the Taliban, a group of zealots who are clearly willing to fight for their interests, as the US troops retreated from the country. As social media buzzed with a plethora of perspectives about the emerging humanitarian crisis, I came across a rather striking video. Four women, clad in burqas, holding up placards of protest as armed Taliban fighters look at them bemusedly. An Instagram cartoonist, @smishdesigns, had artistically rendered the scene and captioned it “Resilience”.

The Taliban are declaring fatwas demanding Afghan women disappear behind the walls of domesticity. Horrific scenes of people trying to flee the country are unfolding. Yet these women somehow found the courage to let their dissent, however small and simple in scale, be known. Their show of resilience might not win them the war, but is it any less significant?

The Taliban is but an extreme manifestation of what patriarchy has generally propagated for millennia, that women are physically and intellectually inferior to men and therefore should not be given the agency of choice to be economically and politically independent. One of the contributing factors to this mainstream narrative has been the prioritizing of overt evidence of physical strength over the more latent expressions of resilience.

At some point in our lives, never mind the gender, all of us have been embroiled in debates about how men are anatomically different from women, and hence superior. Even Aristotle, one of the most revered philosophers in the history of human civilization, espoused the idea that women were essentially ‘deformed’ or ‘underdeveloped’ males. This theory continued to be accepted until the two-sex model was adopted by scientists sometime around the eighteenth century. Nonetheless, late nineteenth century scientists—notably all Caucasian males—carried out studies to prove that women and other races were biologically inferior to the white man. Eventually, the critical evaluation of these theories revealed the clear racist and sexist undertones fuelling them. Yet, the nuanced nature that determines the biological sex of an individual—chromosomes, genes, hormones—could not entirely dispel myths around the redundant concept of the male-female gender binary. Unsurprisingly, women are still perceived as the ‘fairer’ or ‘weaker’ sex.

I was in my teens when I first came across the idea of resilience. Following a heated debate about how certain qualities are masculine or feminine in nature, my father declared if physical strength is masculine, then resilience is its feminine counterpart. I remember his exact words, “Anyone can physically beat another person, but it takes enormous resilience to endure the labour of childbirth.” My fourteen-year-old self was slightly disarmed by his argument. Primarily because while the virtue of strength had been drilled into my head by generations of angry, muscular Bollywood heroes—and the lack of which made me feel like my body habitually betrayed me—no one had pointed out the magnitude of resilience to me.

Is our mainstream culture used to glorifying strength, as the more desirable masculine trait, while omitting the importance of resilience and the need for it? Does this explain why we cannot accord the same admiration towards our healthcare professionals, or people in equally strenuous professions, as we instinctively do to our defence personnel?

Perhaps, “Gunjan Saxena: The Kargil Girl” can help us further explore this dichotomy. It was released exactly a year before “Shershaah”, yet another film based on the life of a Kargil veteran. Flight Lieutenant Gunjan Saxena’s rescue missions during the Kargil war made her the “first woman to fly in a combat zone.” Yet Flt Lt Saxena’s journey was quite different from Capt Batra’s. Her actual involvement in the Kargil war might be considered peripheral, but to even reach the ‘combat zone’ she had to ace a different set of battles.

Being the lone woman in a primarily male environment, let alone a separate toilet, Flt Lt Saxena did not even have the privacy to change into her overalls prior to her sortie assignments. Despite her superlative performance as a trainee, others refused to fly with her citing her gender. Even after proving her mettle, she was still passed up by her senior officers, from being given leadership roles. Rather she was bullied for her lack of physical strength even when it did not interfere with her performance, as depicted in the movie. With sheer ingenuity, she braved past these barriers. Gunjan Saxena, in her affidavit filed before Justice Rajiv Shakdher, clarified that “the movie is not a documentary but is only inspired by her life.”

However, the portrayed challenges, of working in a predominantly male space, can be unanimously reckoned by women. Her doggedness brings to mind the traits often associated with resilient people. Diane Coutu writes resilient people “possess three characteristics: a staunch acceptance of reality; a deep belief, often buttressed by strongly held values, that life is meaningful; and an uncanny ability to improvise.”

“When we are no longer able to change a situation, we are challenged to change ourselves.”

To dive deeper, let’s take a detour to two more films, “Chhapaak”, and “Love Sonia” that hint at the quiet power of resilience. Based on actual accounts of various forms of gender-based violence, these stories trail the survivors and try to locate and explain the core of their indomitable spirit.

“Chhapaak” tells the story of an acid attack survivor turned activist. It is inspired from the life of Laxmi Agarwal. I had the occasion to personally interview her and the girls at “Stop Acid Attacks” back in 2015. Acid attacks are planned with the sole motive of corroding a person’s face and subsequently their future, yet Laxmi and the girls were some of the most vivacious and hopeful people I have ever met. Their zest for life in the face of inconceivable challenges can astound the most weather-beaten cynics.

“Love Sonia” was inspired by the real life incident when an Indian girl was discovered in a shipping container after she was trafficked from China. Human trafficking is again one of the most dehumanizing of circumstances to be caught in. The trauma incurred deeply scars these individuals emotionally and psychologically. Yet a lot of these girls show an unparalleled resolve to find their way back to normalcy. The filmmaker Tabrez Noorani himself had closely worked with non-governmental organizations aiding trafficked girls towards rehabilitation. Closely witnessing the grit of these girls partly inspired him to make the film.

Resilience is the secret ingredient that helps people survive, no matter how insurmountable the obstacle may appear. A thread of similarity among resilient people is that they do the opposite of fighting their circumstances. Instead they embrace it, they adapt to it, willing to do anything to make it out of the ordeal. This drive to survive is best encapsulated by Viktor Frankl’s work.

He was a Holocaust survivor and a world renowned psychologist who pioneered the therapeutic approach, ‘logotherapy’. Frankl famously remarked, “When we are no longer able to change a situation, we are challenged to change ourselves.” That is exactly what a resilient person does. Just like carbon metamorphosing into diamond under tremendous heat and pressure, resilient people can withstand hardship and emerge changed but intact. Therein lies the crucial differentiating factor; strength is about an active show of force, based on the idea of controlling the outcome of a situation, resilience is mostly about acceptance and adaptability.

In an affecting TED Talk, Sule Kutlay Gandur, an international executive coach, uses a beautiful analogy. She tells the story of a strong oak tree and a wiry reed, who were both faced with a storm. The oak while extremely strong was eventually uprooted by the violent gales, while the reed bent under the wind’s pressure. In the wake of the storm, the oak had fallen but the reed stayed, firmly rooted to the ground.

Speaking of storms, COVID-19 seems like one unending season of bad weather. It seems like we are trapped in the eye of this ever-changing storm, our lives being whipped about uncertainly around it. Mere strength will get us nowhere in the face of an invisible ceaselessly mutating virus. But we can take Gandur’s suggestion as she observes, “…to survive the storms in life, we need to yield to the winds, we need to be flexible, not so rigid, we need to be humble, not so proud. For if we bend, we don’t break and this is what resilience is all about.”