﻿ Usri Basistha When fans become too much August 16, 2021 https://www.nakedtruth.in/wp-content/uploads/2021/08/When-fans-become-too-much.jpg 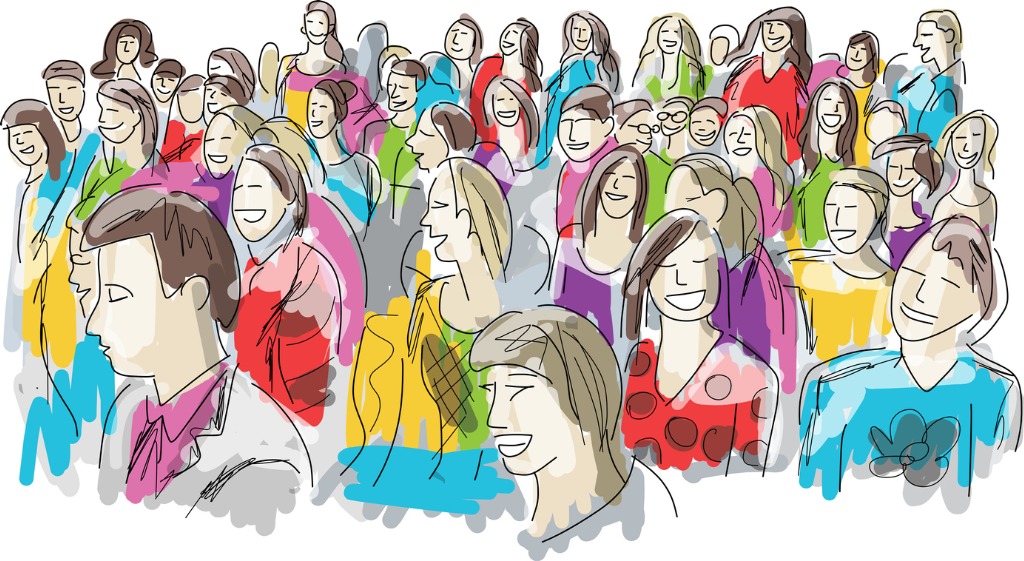 Just the other Sunday, I was engrossed in a video call with a dear friend when he exclaimed “Gosh! You’re such a Ross!” An awkward pause later, I reminded him I had not seen Friends, the famous nineties sitcom.

At the end of May, Friends: The Reunion, a last tribute of sorts, was released. The days preceding the release saw a marked rise of Friends related content. Reels of fans dressing up as the six main characters, or a rehash of every Friends meme or quizzes like “Which Friends character are you?” swamped our social media feeds. I couldn’t help but marvel at how the hype around this particular show just refuses to die down. I nodded in recognition when I read Angela Watercutter’s article, where she complained about, “the constant dredging up of the 1990s Thursday night sitcom every few months to relitigate its merits and shortcomings. Friends is a good show. It does not, however, need to spark this much conversation.”

Unfortunately, my real time friends couldn’t differ more from Watercutter, what with their mood of bated anticipation. Thus, my exchanges with them precipitated into booby-traps, that I had to cautiously jump over. Questions like “you must be a Phoebe girl, aren’t you?” and “are you team Monica-Chandler or Rachel-Ross?” had to be politely dodged. When I offered the occasional explanation that I had no context and hence didn’t share their excitement, they looked at me incredulously. To their amazed gaze, I was no less than a Martian, foreign to the knowledge of earthly culture. One even declared, “Lol. My bad. Didn’t think to doubt you were alien to the Friends world.”

And there it was. To the millennial worth their curated social media feeds—especially with the pandemic, when it is the only reminder of your existence to your social groups—there can be nothing worse than a verdict of “uncoolness” because of pop culture illiteracy. That old feeling of being the cultural pariah crept up on me.

As a college-goer, I was hardly so blasé about my lack of Friends’ trivia, wherein the lull preceding the boom of western sitcoms on our TVs, and then laptops and phone screens, the show seemed like the microcosm of the American dream. Hungry for validation, I was driven to the point of delicately hiding the fact of my ignorance.

Not much has changed in the last decade. Among many other things, one of the essential requirements of being hip remains the need to be abreast of the reigning pop culture references. From peers to the occasional job listing, everyone demands that we stay updated about the viral trends of the day.

I breathed a tad easy when Vir Das brought in The Office angle and tweeted that the American edition of the show is funnier than Friends. At least I could come out of my self-imposed exile to pontificate on the sheer comic genius of the former show, of which I’m an avowed fan. After all, the debate between Friends and Office fans has been raging for nearly two decades now. But then again, my unhelpful friends sombrely noted that to truly partake in both sides of this conversation, I’ll have to actually sit through all ten seasons of Friends first.

Now, I might come across as rather obstinate, who is unreasonably resisting a well-loved sitcom. Truly, I profess a great love for shows of every shape and size, be it sitcoms, sci-fi, drama, fantasy or murder mysteries. Yet I actively repel all attempts to be converted by the Friends fandom, even if it is my trusted Netflix sneakily suggesting I watch the show every time I try to be spontaneous and hit the “Play Something” button.

Fandoms, in themselves, are anodyne; they go on to show a person is passionate about something. They add to the vast sea of pop culture, encapsulating the nuances of the times we live in. “What makes fandoms so distinctive is the way in which fans act not only as a consumer of media, but also as creators,” writes Lillian Durr. “You don’t have to go far online to see examples of this, from video edits and cosplay photos on Instagram pages dedicated to the owner’s favourite character, to websites which host thousands of pieces of fan fiction.”

So far, so good. What I tend to take offence at is the gatekeeping of pop culture where one’s knowhow of the mainstream becomes a yardstick of their cultural capital. This mindset breeds “die-hard fans” who feel entitled to gang up against the uninitiated to bully them into giving in. Think of those enthusiastic friends who harangue that you “must watch” their current favourite show.

Either you are in with the ‘it’ crowd or you are out, there is no in-between.

I remember the winter of 2015 when I was sharing a flat with two others. My flatmates—also my cousin and a friend—were tripping on Game Of Thrones. It began with my friend, then the fan base grew to include my cousin. At my polite refusal to be inducted into their fan club, they christened me Jon Snow—a character from GOT. Google later told me the moniker was a euphemism for clueless people.

Cultural gatekeeping has, however, existed for centuries in many forms. Either you are in with the ‘it’ crowd or you are out, there is no in-between. It can be referred to as a set of arbitrary rules that a few self-proclaimed fans make to define ‘true’ fans and corner those who aren’t.

This brings us to the pressing issue of peer pressure inherent in gatekeeping and the fandom culture. Imagine those pre-pandemic days. You’ve just reached work, and your colleagues are huddled by the water cooler, gushing about the latest trend in the OTT space. They are bonding on their love for a show that you unfortunately missed. Just like that, you are relegated to a fly on a wall, who doesn’t relate to a whole school of memes being shared on the group thread. Either you will quickly resort to Google’s help and brush up on enough information to pose as a fan. Or, you will crack under the pressure and find yourself bingeing on the show, in the middle of the week, just to wriggle your way back into the group.

Truth be told, I have been there too. Lost weeks’ worth of time trying to keep the conversation alive with my friends, and be at par with whatever they were consuming. Fear of missing out on the latest trends keeps us hankering after bandwagons. The trouble is there will always be one more bandwagon touted as “too irresistible” to be missed. Down the line, we can feel lost, forever running on the hamster wheel of FOMO. Eventually, giving in to that impulse leads to a space of disconnect between the audience and the content. We chew on show after show, like a cow chewing cud, not because we want to but because our peers want us to.

If I give in to every recommendation that my peers have for me I might as well spend the rest of my life sitting in front of a screen. In this age of burgeoning OTT platforms, every other Friday some series becomes the new ‘must-watch’. Where does one draw the line?

Fear of missing out on the latest trends keeps us hankering after bandwagons. The trouble is there will always be one more bandwagon touted as “too irresistible” to be missed.

Fandoms create a piece of commercial machinery in themselves, if the Comic Cons, Disney amusement parks, or pop culture merchandise are anything to go by. However, the gatekeeping should be seen for what it is. It is exclusionary and the opposite of coming together to celebrate a common goal. If taken too far, gatekeeping leads to vicious online trolling and can be the potential source of bad mental health. Those who find them on the receiving end of the pressure tactics of ‘true geeks’, looking to recruit to their troops, should use their own discretion before they choose to follow trends.

To circle back to my gripe with Friends, the irony is hard to miss when one thinks that a show about life-affirming friendships can become the possible cause of rifts between actual friends. To that the legendary Michael. G. Scott would have said, “How the turn tables!” And if you don’t know who that is, you must not rest until you have watched The Office…