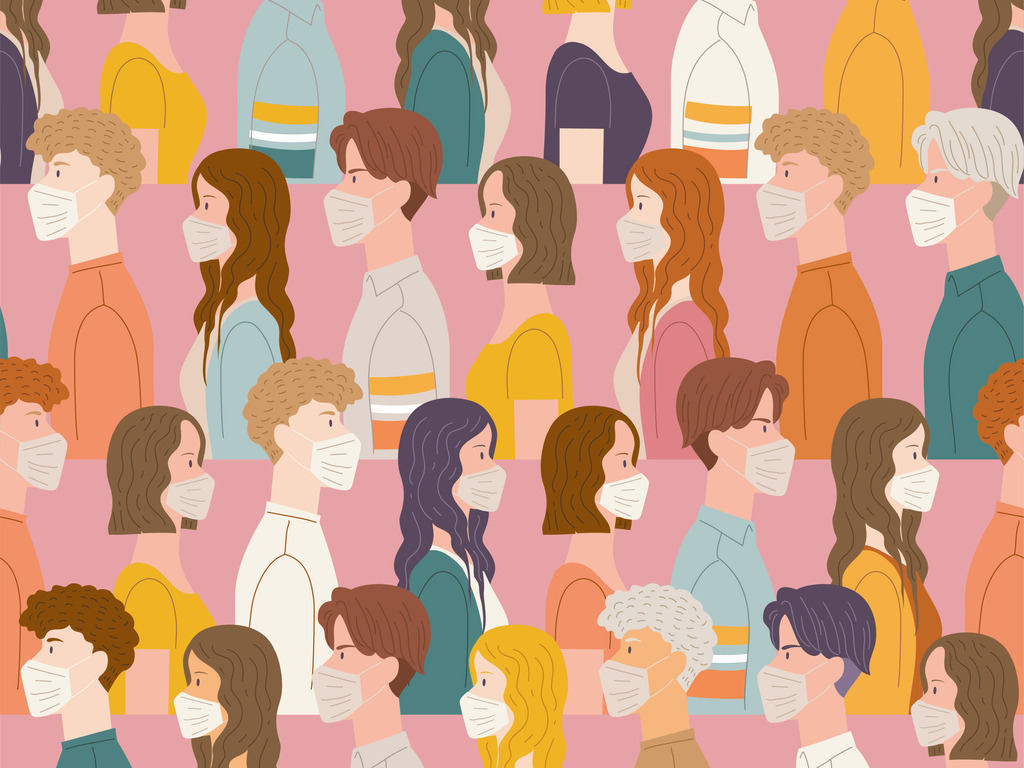 Surviving ‘negativity bias’ during the pandemic

After four phases of national lockdown, India has stuttered back to a semblance of functionality, for the purpose of keeping its economy afloat. As it was forewarned the number of afflicted people is increasing steadily, the country is rising in the global ranks—for once, it’s not something to be proud of—crossing countries like France and Italy, as we record a huge spike in the number of coronavirus cases reported in the last 24 hours.

Certain people are of the opinion that if the community transmission continues unabated, another lockdown would be the only option left; whereas, a different flock of people are weighing towards the idea of ‘herd immunity’—which, in a broad sense, stipulates the more of us get the virus, the better our chances are of growing an immunity to fight it; even as the migrant labour crisis keeps unfolding, almost in a parallel reality.

Amidst our aforementioned preoccupations, almost none of us took much notice as the month of May came and went by. For those who are wondering what is so special about the month, well, May has been traditionally celebrated as the ‘Mental Health Awareness Month’, backed by the Mental Health Foundation. I rolled my eyes over in disbelief, as I googled their theme for this year: ‘kindness’.

If at the beginning of the year, I was mulling over whether we are suffering from compassion exhaustion given the incessant jangle of depressing news, then the global concatenation of events that followed has made the conversation even more pertinent. Are we being kind to each other? Are we being kind to ourselves, and letting ourselves rest from the constant cycle of grim news being followed by even grimmer news?

Quite early on, last month, WHO had predicted an imminent global mental health emergency as the COVID-19 not only spurred a public health crisis but also a fiscal one. “The isolation, the fear, the uncertainty, the economic turmoil – they all cause or could cause psychological distress,” said Devora Kestel, director of the World Health Organization’s (WHO) mental health department.

Over two months of lockdown made me sit up and notice certain patterns around me. My parents were constantly on their phones or in front of the TV, consuming and forwarding news related to the virus with the frenzy of a weathered junkie. Whenever my uncle would come over to replenish our grocery and medical supplies, he would invariably engage in a contest with my father. They would throw bits of news, trivia, figures, and statistics at each other to weigh whose was the most devastating fact of the day.

I had to force myself into a social media detox—coincidentally, for the most part of May—because my brain stood in mutiny and refused to process any more information, good or bad. When I was still on social media, I noticed several people pledging to take similar breaks because their mental health was suffering. Now, more than ever, it does not help when we consume news—let alone the misinformation and rumours disguising as news—without a sense of proportion.

As we stand at this juncture, who can we blame for this addictive cycle of watching the news and recoiling from it?

The first instinct is obviously to blame the newsmakers, the media. Hasn’t the famous quote been, “if it bleeds, it leads”? Sensationalism is something the media has not been able to resist very well. Indeed, some parts of the media are having a field day as the situation continues to complicate; for who can forget certain media personalities making out locusts sweeping into our country to be the conspiracy of our well-disliked neighbours.

However, in the larger picture, this seems to be a smaller part of the puzzle. The media is a spectrum, like everything else. For every irresponsible journalistic stand, there are organisations who are working hard to equip the people with a real understanding of the crisis. As we live through very trying times indeed, the media cannot be accused for reporting what is happening. Neither can we live in complete ignorance of what is happening out there.

In fact, staying aware of certain socio-political angles that are playing out in the wake of the virus—for instance, the lack of empathy for migrant labour, and continuing police brutality in various parts of the world—helps us take a more informed stance, and do our bit, as citizens.

This is where the little important ‘negativity bias’ comes into the picture. Negativity bias is the term psychologists use to describe our collective trend as humans to register bad news more strongly than good or neutral news. Figures released by Pew Research Center about the preferences of American news-consumers, over two decades—starting from the eighties—show that the most read or sought out topics were about war or terrorism, bad weather, man-made disasters, and natural disasters.

It is not to suggest that humans are sadistic by intent, just that the negativity bias is a fallout of the human brain’s evolution to sniff out potential threats in any given situation. It is interesting to note here, that we are also supposed to have a ‘positivity bias’. It is by the dint of the same that most of us assume that everything is going to turn out fine in the end. The human brain, in ideal circumstances, balances between this ‘positive-negative asymmetry’. It is exactly here, that the glitch seems to be occurring now.

Humans are a species who evolved, and differentiated from other species, with their problem-solving capacity. As we became agriculturists from hunters and foragers, we strived to settle down in colonies; from a hand to mouth existence as we lapsed into a more systemic way of living, we formed a predisposition to be able to predict the future, and hence, control the outcome. As people sit cooped in their homes, alienated and social distancing, they seem to be facing a unique problem.

Suddenly, our lives are not so predictable anymore; we have no idea when this virus is going to flat-line, and what the socio-cultural and economic ramifications of it are going to be when it finally does. Many of us are having a hard time accepting that the world as we know it has ceased to be when we were so used to scheduling and micromanaging every aspect of our lives. We are being quick to gauge the potential dangers, but our brains are drawing a blank when we are trying to envision a one-size-fits-all solution.

Thinking on such lines, I was quite intrigued by a recent TED talk by Hans Rosling, a Swedish physician and public speaker. Together with his son Ola Rosling, he had conceptualised the “Ignorance Project” where they could measure the ignorance levels of people when it came to global socio-economic indicators like poverty, education, etc.

Rosling expands on the idea of negativity bias by contending that humans are increasingly susceptible to a predilection of assuming the worst. This tendency is informed by our personal biases and outdated views of the world, that we are taught as early on as in our schools, given a very eurocentric, non-representative view of the world. Rosling’s advice to skip over this perceptual fallacy is to rewire our intuitive capabilities by turning certain concepts upside down.

Suppose, if we are biased to think, ‘everything is getting worse,’ we would be well-advised to remember that facts and statistics can still prove that ‘most things improve’. This holds true even for the current pandemic: when we hold the growing numbers of globally afflicted people—over 7 million people—against the actual population of the world which is 7 billion, it makes the ‘7 million’ look much less scary. Further, if we consider how the number of total deaths in the world—over four hundred thousand—is substantially lower than the total number of recoveries—over 3 million people—suddenly, things fall into a much hopeful perspective.

Having said that, the media can still play an integral role in helping us hold onto a more self-aware perspective when consuming news. We can take the example of Genie Chance, a radio newscaster who played an influential role when an earthquake ravaged the city of Anchorage, Alaska in 1964. With the electricity gone, and a lot of people missing, the city was in the grip of chaotic darkness, until Chance galvanised the people together through her responsible reporting.

Maria Popova writes that Chance had understood “her task: to inform without alarming, to comfort without deluding, to be the steady hand in the small of the back guiding the buckle-kneed and the disoriented survivors toward safety, toward sanity, toward some version of sense-making amid the senseless ruin of their reality.”

Chance reported only the essential and necessary bits of information—giving people instructions on how to take shelter, or purify snow into drinking water, and making announcements from and or about missing persons—that would help the people survive through the ordeal without losing their sense of grace and wisdom. This is where, it is heartening to see so many journalists, and even entertainers, come forward to present the news, during this present crisis, with a detailed perspective, and more importantly, highlight the beautiful stories of generosity and solidarity that are coming out of this pandemic.

Given the extraordinary times we are living through, maybe we are just beginning to understand the import of the Information Age we are living in—that the potentiality of information can change with the way it is interpreted. As citizens of the world, we have a duty to our self to understand our biases and filter the information we are consuming accordingly.