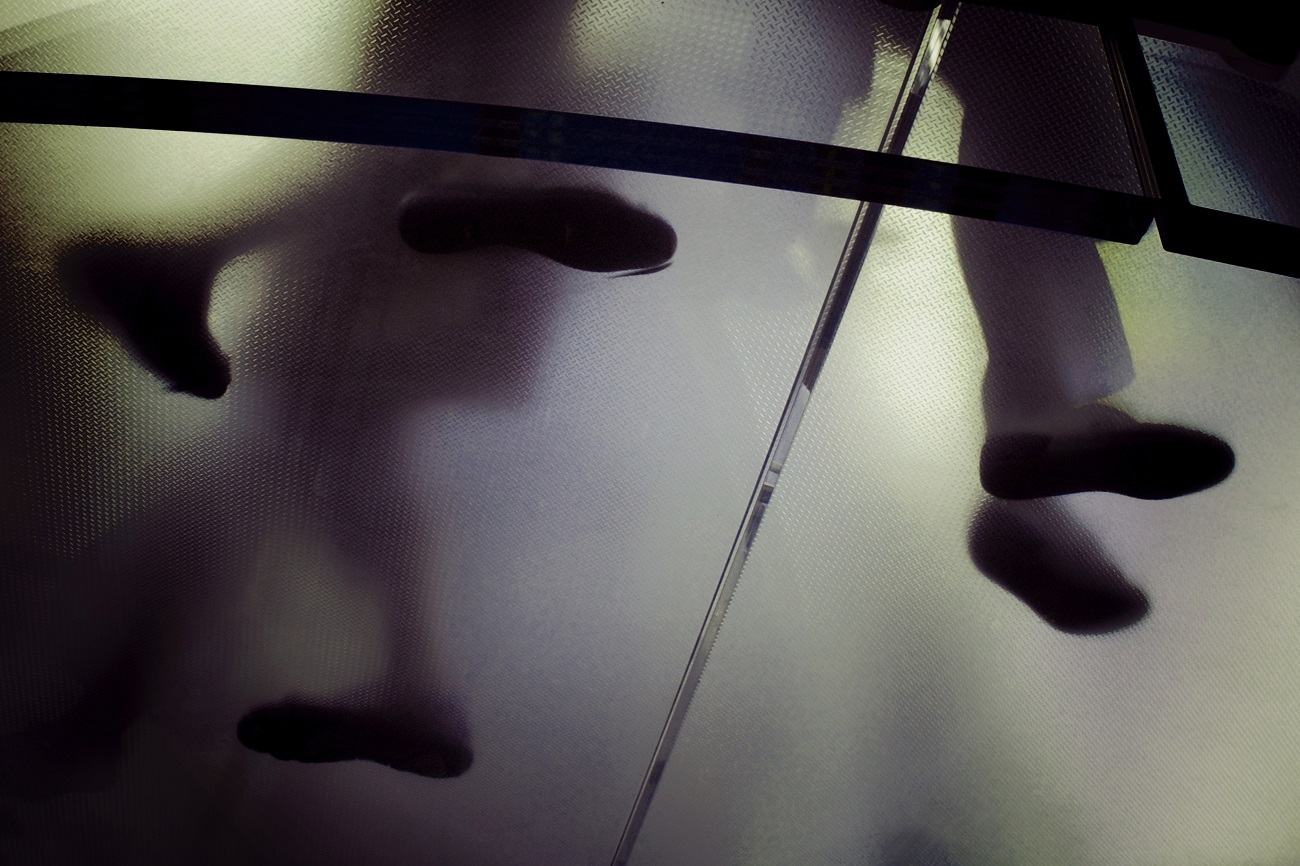 I look at the time, and for a moment, I am kind of mad that I’m here waiting, but then I remember, I was the one who showed up early after all. Like the overeager fool I was, I decided to throw a “I have a headache!” excuse at work and leave, just to show up at this quaint little restaurant ahead of time.

The waiter pops up again, asking if I am ready to order, and since I now feel kind of awkward about it all, I order a glass of wine. The waiter leaves me alone again and I put my head in my hands and smile. Why am I behaving like a teenager about to meet her crush? Well, in a sense, I suppose it can be called that…

I was twenty years old and I was still studying for my law degree when I decided to use my best puppy eyes and get my uncle to accept me as an intern at his firm. I admit I used nepotism to my advantage, but I would end up with corporate law at the end, and his firm focused on family and property law, so it was just me being lazy. But that is not why we are here.

So, at twenty, dressed in my best (and ill-fitting) formals, I started my internship at my uncle’s firm. My uncle was a good man and very efficient at this job. His team was great, too. When they learned I was his only niece, they immediately decided to baby me, which I appreciated, but also low-key abhorred because I wanted to work diligently.

Anyway, they did treat me with respect, and when I had a bad day, they wouldn’t leave me alone and one of the older ladies would leave a chocolate on my desk, which would make my day. This all might make me look sheltered and coddled, but I wasn’t really. I didn’t even touch the dictionary definition of sheltered and coddled.

I met the definition soon—within three weeks of my internship actually.

My flashback is abruptly halted when someone drags the chair in front of me and sits down with a huge grin on their face. It is Jun, and after eight years, he has changed but his smile is still the same. I smile at him, my gaze raking all over his face, “The man-bun is a nice touch!”

He rolls his eyes and scoffs, “And hello to you too.” He crosses his arms and leans on the table. His eyes are twinkling as he checks me out too. “You’ve changed as well. It has been so long—I thought you had forgotten me!”

I laugh, “I hadn’t! Not completely, your family was my first real client after all.”

He sighs and smiles softly, “That was quite the time, eh?”

As I mentioned, my uncle had a family and property firm. So, three weeks in, one of his clients died, and since the late client made the will with my uncle’s help and supervision, my uncle stepped in. He decided to take me along, thinking this would be a good exercise in conflict and conduct (it’s a will, after all, and this family we were visiting had many people and much money). I went along eagerly because I really wanted to learn, and also, we were going to stay on the family estate for the weekend, which was a fantastic affair.

Being a city girl born and bred, I had never been on such an opulent property. There were gardens and a massive mansion with so many windows that I couldn’t even properly count them at first glance. Inside was another affair—a house as old as this one had overlapping tastes and the strange hodgepodge of it all should have been distasteful but it came off as eclectic and quirky instead. I didn’t hate it, and I definitely didn’t hate the room they gave me to stay in.

I was appointed as a temporary secretary, so, there wasn’t much leisure time for me. I was working on the papers and getting everything in place when the grandson of the late client made his presence felt in the study. I was kind of taken aback because I have never seen anyone this handsome outside of a movie or magazine.

He had dark, midnight blue hair, an olive complexion, and a smile that could launch a thousand ships. And there I was in a dowdy skirt and a loose shirt. He initiated the conversation, and soon, I found myself talking to him more often. His name was Jun. I heard he was studying in the city too, and it made me glad. The will-reading passed quite peacefully with the only child (Jun’s father) coming into most of the inheritance and the other nephews and nieces getting enough.

We talk some more about me, especially what I do for a living now. Jun doesn’t look surprised to learn I’m a full-fledged lawyer now. The waiter returns, this time armed with a menu.

“So, what did you exactly do with all that family money?” I ask after we finish ordering the first course. “Last I remember you were taking off for Canada.”

Jun shrugs his shoulder, taking a sip from his own glass of wine. “I started with that volunteer work for this wildlife organisation as you know. I had a penchant for photography, so why not? Then one wilderness to another, and now, I live in London, working for another media conglomerate full-time.”

I widen my eyes, trying to imagine the sheltered man I knew grown up so much within eight years. I smile, “So, I hope you no longer burn your kitchens down.”

He laughs, “I don’t! You know the first day I made a meal for myself, I thought how proud you’d be.”

I feel sort of embarrassed, but then again, there’s no use denying we had somewhat of a past…

When I returned to the city after the assignment ended, I got a message from Jun after a week to meet up. I was excited to see him again, and we went out for a dinner date. It was nice, and I thought to myself maybe we can make something of this. So, after some dates, we realised we had feelings for each other and maybe we should try this out. Then, the deeper our association began, the more I ended up learning about him.

The day he takes me to his house, I was shocked. There were heaps of takeout everywhere, the rooms were in a mess, and when asked, he said the person he had hired for cleaning hasn’t been here for a week. I casually asked him why he doesn’t do this by himself, and he gave me a very confused look and said, “I never learned to.”

I was confused now. “Learned to”? Who actively learns to pick up after themselves or even cooking the most basic things? If you live alone, you kind of end doing these things for yourself, as I did. I might live in this city where my uncle has a firm, I wasn’t around from here and I shared a flat with three others. I learned how to cook basic things by myself as well and function well enough as an adult. To find an adult man to be so helpless was perplexing.

But soon, I saw the truth. He had dropped out of two colleges, has never even done a part-time job in his life, and he was largely sheltered all his life. He admitted to me that sometimes he feels inept, like his peers got a headstart with life, and he was still stuck, learning things.

I took pity on him. Since there was still a part inside me who liked him, I decided to help. We started with the basics—cooking, grocery shopping, and cleaning up after themselves. It took some time, but he got it. We never quite embarked on that romantic journey because we both realized he would have to find himself first. He was feasting on flowers and walking on moonlight—he understood the need to grow up and learn how to be an adult and not remain a child his parents still wanted him to be.

I lick my lips and look up, “So, how long will you be here?”

Jun smiles in an enigmatic way that sends butterflies flitting about in my stomach, “Well, that depends, but I’d love to see some more of you.”

There is something hopeful in the horizon and I see it reflected in his eyes, and perhaps, it resonates inside my heart too. We’re now two different people, I can sense that from him easily. Children should be allowed to be children. I have always believed in that and I wouldn’t change my mind about that. But there’s a point where childhood ends and maturity starts setting in, and you have to let your childish self hide inside your heart, tucked away until it snows one day and you get this immense urge to make snow angels.

For some people, this stage is a massive blur, and they never even make the transition.

But Jun did; he travelled, he saw the world, learned to sustain himself and returned as the version that sits in front of me. So I reply, “I’d love to see more of you too, then.”