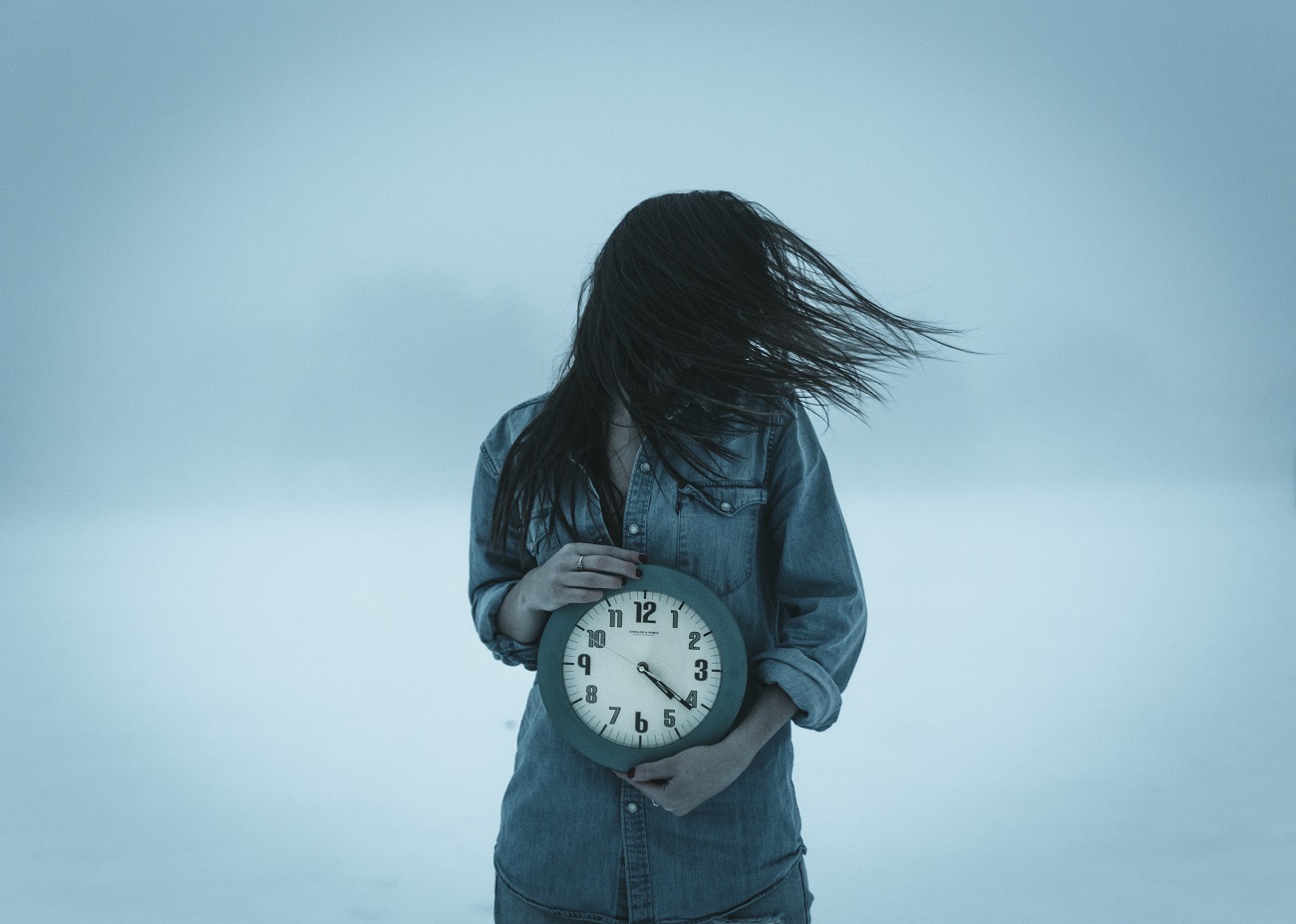 A little late for my age. I was back to school

It’s three in the afternoon, and I am at the coffee shop at a local mall waiting for my siblings to arrive. We are going shopping, and even though my brother isn’t as enthused about it, my sister still is. I am sure he will get bored and start whining thirty minutes in, but I can’t help but be touched that he wanted to come help me pick out my graduation dress anyway. It is a special of course, my graduation.

Three years of perseverance and perspiration have brought me here to the point where I can proudly walk up the stairs and get my degree. I still need to dress to impress, after all, I don’t just represent my college but every woman in her 30s who had to pause her education for some reason or the other, and then, went back to it.

What did you plan to do after you graduated from school? Did you think about taking a year-long break or did you decide to start applications for your college right away? My life was quite the same; I did well in school and everyone expected me to go apply for one of the big universities in the country. I was optimistic too. However, life took a sudden turn when I was in my last year of high school.

My mother’s sudden passing away halted my education. Losing someone so close, so important to me suddenly shook my entire world. I wasn’t alone though; I had two siblings who were younger to me—one was ten years younger and the other, twelve. I had to step in to help with the household work. But disaster always strikes in three.

Within a year, my family had to face another tragedy. My father abandoned us, and my youngest sibling developed severe health problems. I realised I had to put my plans for college on hold. And I did so with much sadness in my heart. I really wanted to go to college and pursue a degree in a subject I liked.

I didn’t know how long my college plan was moving to the backburner, but I waited for a while. I juggled three jobs and did some weekend odd jobs on the side. I put my siblings through school, and ensured that the youngest was healthy and her condition didn’t further deteriorate. It was a tough job—juggling my family and multiple jobs.

However, things would start changing eventually. Three years ago, my other sibling finally entered college and the youngest too was finishing up high school. They were old enough and had their own part-time jobs, so they didn’t take any allowance from me anymore. So, I managed to save enough money over a couple of years and decided to take a chance again.

With my siblings’ encouragement, I applied to a bunch of colleges. I was afraid they would reject my application because of my age (I was pushing 30 at the time), and some colleges did refer back to me with their hesitations regarding my age and family history, but I persevered. And finally, a couple of colleges reached back to me with positive responses, and I chose the one that was closest to my home.

At first, the dilemma that I had was largely silly—I didn’t know how to dress for college. I know it seems funny and even I had a few good laughs out of it, but looking at Instagram, I knew that the current trend of crop top and high waist jeans wasn’t for me. So, I decided to stick to my personal style of jeans and t-shirt combo that my younger sibling calls very unstylish. Well, I tried to make it fun by wearing cool sneakers that they both approved. Jokes aside, they were very supportive in any case (also, I had much fun shopping for my college supplies).

The next hurdle came on the day I woke up to go to my first class. I suddenly realised I will be the only one in my late 20s in a class filled with teenagers. I was afraid how they would perceive me, if I’d be able to make friends, or if I’d be able to keep up with the coursework. So many doubts plagued me that I almost didn’t want to leave my bed. But then I remembered that this was something I put on hold years and years ago, and that my siblings had so much faith in me that I will ace this, and I couldn’t bear with myself if I disappointed them and myself.

So, I took my first step into a new chapter of my life, and I won’t lie, I was terrified. I knew I stuck out like a sore thumb in a sea of young people. Even as I took my seat in the class, I could tell how everyone was staring—some even mistook me for the teacher! That misunderstanding was disappeared pretty quickly when the professor entered the class. I suppose she was informed about me because she called on every student to introduce themselves, and when my turn came, she smiled at me, and I could sense she was trying to be supportive.

My professor would become a really important support system throughout my three years in college. I often went to her for advice and guidance. Next, making friends was a massive hurdle. I knew beforehand that it would be difficult based on the age gap alone, but there was a life experience gap too. No one had faced the kind of struggles I have, and I was aware I wouldn’t find kindred in a class of forty, eighteen to nineteen-year-olds. Yet, I managed to find two people who were genuinely kind to me and wanted to help me with anything I needed. Of course, they became my best friends despite the gap of twelve years between us. I hope we remain friends for a long time.

Now, there were whispers, there were rumours (somebody saw me with my youngest sister and just assumed she was my daughter and then, spread the rumours that I was a teen mom!), and there were nasty remarks on my age. There was a crippling, self-doubting moment when I spiraled down into depression because I felt like I couldn’t keep up with the assignments, quizzes and tests. One of my semesters went worse than usual and I had a panic attack over it. I was just afraid of failure because this was my second chance and I didn’t want to lose it. I had convinced myself there won’t be any other chance after this.

The first test terrified me; it gave me sleepless nights and anxiety. I was so sure I wouldn’t do well even if I tried my damnedest best.

I remember how fast my heart pounded when I sat down for the test. The entire test was a haze, and I was surprised when my results were declared and I scored okay—not good, but not too bad either. I wanted to better myself, and I felt like other people in the class stopped treating me like an outsider. I made more friends and some of us started studying together. It helped me a lot when I was sitting down and discussing study material with them.

I was still working, but now from home, and the second oldest sibling would come back home more often. My youngest sibling soon entered college herself and the house was totally empty. In a way, I was glad I had friends from college to fill that emptiness. I wondered what I would have done if I wasn’t in college, and it didn’t have assignments to complete and friends to hang out with. In a way, it filled up my time and gave me a purpose. I didn’t do very well for that semester but I pulled myself up. I convinced myself I can do it, and now three years later, as I shop for my graduation dress with my brother and my sister at the age of thirty-two, I am so glad I took this chance.

As one of my favorite authors, Rick Riordan said in his book, “No, getting a second life is one thing. Making it a better life, that’s the trick,” I never knew how relevant this quote would become to me when I was presented with my second chance. Getting it was no big deal, really, but making my life better was sure an uphill task. But I am glad I made some of it good—still working on the rest.

The bad experience mostly comes from minor details like the college culture of boozing up and partying or discussions focused on a younger demographic. I remember when a professor said, “You are all too young to remember this” when talking about a television show, but I did because I was a teenager back then the show aired. My face was hot, and when the professor realised his slip-up, even he looked embarrassed. I can surely say the experience and age gap was the biggest hurdle, but having experienced life in all its ups and downs, I had a sense of maturity that helped me focus on my studies.

When you want to learn, to gain educational experience, I feel like the last thing that should stop you is age. I know I had some struggles accepting this myself, but after three years, I realise I am happy I did this. I am happy I got to fulfil a dream of mine. Don’t let the world tell you that you’re too old for anything.

I had a dream to do something like I did, and age, well, came across as a number.