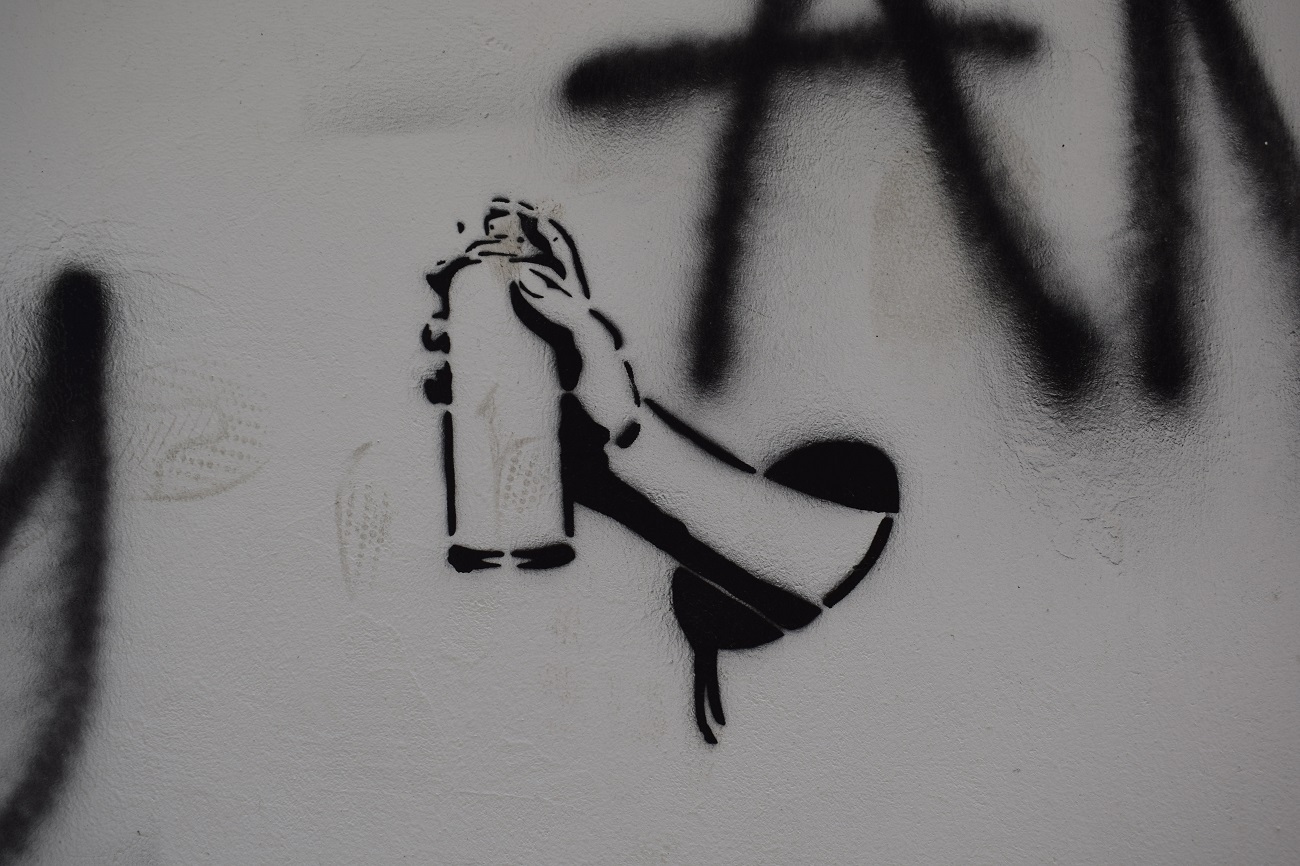 It’s an age of numbers. Wait, it has always been. Got money? Yes. How much? What’s the status of your bank account balance? How much do you spend on your everyday things? Tell me about it, no? Do you wear a gold chain? Yes. How much does it weigh that you put it around your neck in a way that it shows up effortlessly you don’t have to unbutton the shirt? It must be heavy but small, that’s minimalism, no? Do you own a property? Where is it, in Rajouri Garden, Delhi, or near the beautiful Lodhi Gardens? You aren’t getting me, I know, and I’ll tell you why.

I don’t have any desire to know any of those things, neither those are the questions that should be asked. I told you it’s the age of numbers, and if you answer them well, someone will straight go define your social status. The intention here is to know the numbers, nothing else. That’s stigma, and that it is an everyday thing for many or most, shouldn’t surprise you.

Kabir Singh, the movie, is a massive success. Box-office success, let me correct. It is now reportedly eyeing the 300 Cr INR mark, and that’s massive. That’s all about the reasoning you get to hear for the success of it.

The director of the movie, Sandeep Reddy Vanga, suggests in an interview with Anupama Chopra, that if the movie didn’t make it that much, the criticism the movie is receiving would have multiplayed [multiplied]. He continues to say, “the other pseudo-guys who are there, they even start (sic) talking about the film in a bad manner [then].” Think of the most movies that were declared box-office success, you will find most of them are by the numbers. Scripts may suck, thinking may rest, and that’s a beauty of numbers. Beauty of a thought? Doesn’t matter.

The numbers that you carry with yourself, the society we live in takes them to define your position in the social hierarchy. Accordingly, you will be a prestigious member of a Kitty Club, and if you have some heavy numbers to show, you might be the next president of an association — an all men’s club where you sit for hours drinking expensive liquor while cussing fellows, bragging about which next car you are going to buy, and judging how badly someone is dressed. And if you are someone who wants to talk about climate change, stay at home and sleep.

The same numbers, in other way, define movies’ success. Audiences take them, critics get very loud about them, and nobody can bite those numbers. The outrage, perspectives, reviews, that pour in over time, sit silently and watch the numbers outperforming everything else. We look like idiots, and so we move on to next movie, hoping the next one will be progressive, will not disappoint us. Nevertheless, we get a few to watch in a year, but those rarely get such mileage because they don’t reveal such numbers.

“You get what you ask for, what you want,” is the argument someone will fight with. That someone will overrule every other logic you may have thought will work, but the argument will compel you enough to think again. The claps and standing ovations on a misogynistic scene in a theatre near you tell you the same story, and the society that aims to be progressive feels wounded, bleeding inside, silently, that Sabyasachi thinks is caked with makeup. That argument is a mere distraction to get you in circles to keep you away from the root cause.

“The more sincere you are, the more angry you are,” Sandeep Reddy Vanga, offers the statement during the interview. The interview made me feel so uncomfortable that I had to watch it in parts, and made me worry about a lot of things including the learnings the generation will grasp and on leadership. Leadership tells you about accountability and responsibility. And his idea of love is deceptive, only deserves the dismissal.

A director is definitely a leader, and the one has to own the responsibility for the consequences that his art delivers. Kabir Singh has been getting a lot of anger, especially from women, and the problem that I can figure is it glorifies misogyny. You’ll not hear that word in that 35 minute long interview for once. It’s an emotion, you are made to hear. I, for one, definitely didn’t ask for it, but still, I had been served that. And I don’t take that.

Everything is an emotion. The talk is about the right and wrong. There’s no place for if and but in between. Bollywood, apparently, doesn’t know the level of its impact of cinema that it creates and serves every week. The damage its movies can do to the society could be irreparable as well, who will own the responsibility then? Do you expect the Being Human endorser, Salman Khan to take a stand, or the Koffee Guy in the town, Karan Johar?

Will this society be saved by the box-office numbers you just laughed with at the consequences your movies are manufacturing? When Sandeep slams the movie, Sanju, Anupama Chopra silently hears and moves to the next word. She won’t say a word about Sanju for once during the interview, and the movie is from the banner of her home production. She didn’t review it for a simple reason, “conflict of interest”. I’ve been often reminded of thought, it’s very easy to point fingers at others. I’m also reminded of another thought: charity begins at home.

Cinema, in its purest form, is a reflection of the society, and there are many movies that present the side — they don’t glorify a miserable protagonist, and they don’t justify a miserable act. If you are anticipating an ideal cinema to watch, ideal societies don’t exist, so such cinema will remain superficial. You can easily go all smiles about it, but that’s not the reality today. And reality hits hard.

Omkara, a Vishal Bhardwaj’s movie, is a neat example to have a glimpse. The movie takes you through many phases where love, betrayal, politics, revenge — everything and every emotion — is at play. Neither it glorifies the kind of love that Omkara had where it almost appears he owns the woman, nor it justifies the revenge his close companion seeks.

Omkara brilliantly captures every emotion, reveals every imagination that the director must have had in his mind, and leaves it to the audience to judge the narration, to figure the wrong and the right, however, it already hints you about the wrong. You leave the theatre with an utter shock for the acts the men do to find their pride in toxic masculinity, and with empathy for the lady. You feel bad about how events were unfolded, how dumb Omkara was, et al, and you feel good that such a movie was made.

That, in fact, is the beauty of the cinema, that sheds light on the untouched line of thinking in a way that you start checking your own line of thinking. Rarely this happens in today’s cinema; if anything was left to make it appear worse, remix versions of old classics are there to treat your fantasies to turn into nightmares.

Countless movies, including hagiographies, reflect how to ruin and better one’s image is strongly in the hands of the maker. The idea of filmmaking wasn’t ever that, but the times have remained the same for the worse part, the reality sits behind and the influence does its work. The audience watches, numbers happen, and the vicious cycle continues.

This brings the purpose of filmmaking to all about finding that sweet spot where it can make money, which, in the truest form, it never was and it never will be, but it frequently appears the same on the screen. The culture of “ye to hota rehta hai” (this keeps on happening) is depressing, and Bollywood apparently prefers to serve the same content in different tastes “kyunki yahi to hota hai” (because this only happens).

It’s a harsh reality that everything gets forgotten in a week or two, and it’s rare that Kabir Singh made it to the third week witnessing outrage that we’re still talking about it while it’s busy in minting money. Bollywood reaches far more homes than anything else has ever had. The impact that it manufactures in the mind of young lads is perplexing and worrisome, that for instance, misogyny will seem just fine to them, and misogynists it can birth, and in their defence, they will show you a movie that glorifies it.

Nobody seems to have a concern about the consequences a movie can toss. The silence we, all, will be left with is mourning.

I sat down with my mother and father, and discussed the Kabir Singh controversy with them. My father had little knowledge about it, and he had a question, “is it a name of the movie?” My mother intervened and said, “today, we are discussing parenting, that how wrong it is to beat children and to justify the suppressing acts in the name of love, and the impact it can draw on children’s mental health, and these new-age filmmakers can only come up with such a cinema.” I couldn’t have asked anything more to it. Numbers have to suck.

“Art is supposed to make you uncomfortable,” someone will show up at your doors knocking with this argument. Tell the brave, “and so is the nonsense.”

A Crash Course in Adulting — Courtesy An 8 Year...