﻿ Harshita Dagha Love, in the times of Tinder February 18, 2019 https://www.nakedtruth.in/wp-content/uploads/2019/02/Love-in-the-times-of-Tinder.jpg 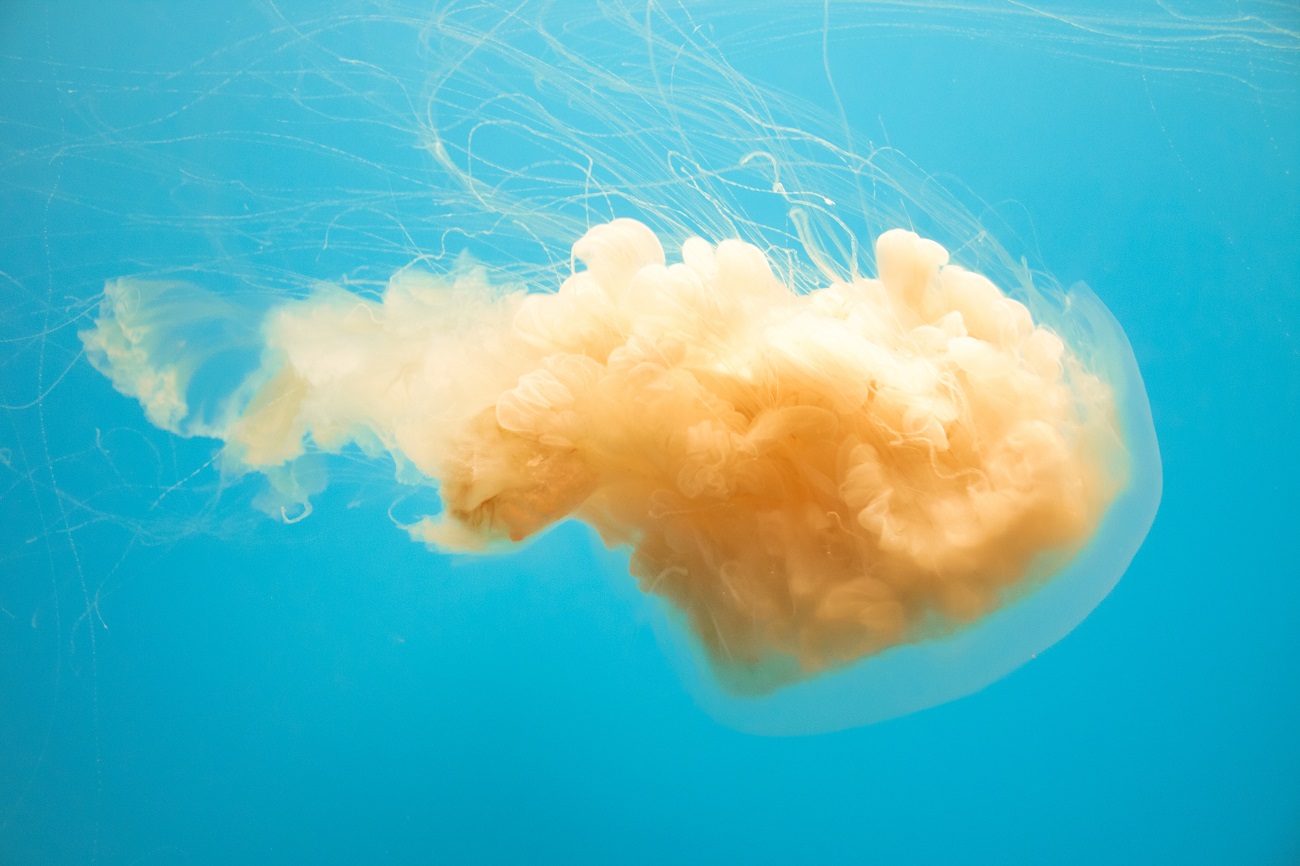 My drowsy eyes made an effort to squint as I woke up into the scenery, and I took a deep breath. The comforting smell of the salt water hit me as I blinked the beach into focus.

The day was quite sunny, and the cloud was fairly clear, with a stray, fluffy cloud floating by. As I stared away into the horizon, I felt my thoughts drift away from Josh, who was sleeping like a baby right next to me, to a few years ago. The mix of memories awakened like a film montage.

My idea of love was largely inspired by movies and romance novels. I rooted for Harry and Sally to end up together. I had happy tears every time I saw Edward rush to Vivian in Pretty Woman. I pinned along with Julianne as she lost Michael in My Best Friend’s Wedding.

Love was about grand gestures; a knight in shining armor and fancy proposals; the girl next door ending up with the prince charming…I rejoiced and celebrated with every happily-ever-after, and mourned every tragic separation.

My real life, however, lacked both, the drama of the stories and the object of my affection.

While the office romances sounded perfect in the books where two co-workers fell in love, and it all worked out, I had seen enough of them go ugly towards the HR to enforce a ‘no dating colleagues’ policy. I still had unrequited crushes, so, needless to say, the man of my dreams was nowhere in sight, and I was unable to keep myself from looking.

I always felt he was lurking around the corner, but still, hiding among the shadows. My free time was spent in obsessively taking online quizzes about who was my ideal date, which celebrity I must date, or my romance style.

Local speed dating events became more like a social gathering for the singles. The steadily growing digital innovation found its way to the world of romance, and my already abysmal dating life became even more complicated.

Romance was reduced to right and left swipes.

Between the first date and the marriage came so many more terms – friends with benefits, going steady, being in a non-exclusive relationship, open relationship, and so on. And I was in no mood to let love look like a brain-controlled task to me. As topsy-turvy as it seemed, I was never getting into the world of online dating. Never.

Josh. He looked nice in his pictures on Tinder, polite in his conversation, and quite interesting to get to know. We had been chatting for a couple of weeks now, and had discussed our mutual interests, our travel stories, and common love for beaches over mountains.

He never pushed me to talk about anything I was uncomfortable with, and yet kept up a flirty banter. Instead of a ‘Good Morning’ and a ‘Good Night’ message, he would randomly send me funny GIFs. He would also send me messages telling me he was thinking of me when he passed by, or did something I liked to do.

I was getting impatient to hear his voice and to meet him in person, but we had to work around our schedule as we, both, were entrepreneurs.

We were yet to speak over a call, but he wanted to keep the curiosity for when we met. He promised it would be worth the wait. Our chats were a perfect blend of old school dating and a modern one. We were getting to know each other at a snail’s pace instead of rushing into judgments.

After a few more days of chatting, we finally decided to meet. I had nervous butterflies in my stomach, but I was also excited. No, I was anxious. Hmm, I was excited. I don’t know.

He asked me to pick a place, and I picked my restaurant. I spent the day gearing up for the evening. I was also worried that if we didn’t connect in person the way we did over chats I was going to miss him. I was going to miss Josh. He assured me that no matter what, our friendship would be unaffected.

Online dating had always been a complete no, no for me. As work began taking over my life, making time for love became even more challenging making me vulnerable to seek advice and help on dating. One of my recently engaged work colleagues introduced me to the world of online dating, and even, helped me create a profile on Tinder.

My world suddenly opened up to new possibilities. Where I was initially having trouble going on a date for months, I was now chatting and meeting new people regularly.

Unfortunately, while I was meeting more people than ever, I wasn’t connecting to anyone in particular. Soon, the initial excitement of the new faded and monotony set in.

Chats became predictable, and almost always became crassly or sexual, meeting someone for a coffee date became a task, and most of my time went in fighting clingers and harassers. It was a task to decide who was safe to meet and who wasn’t. These were literally strangers I was talking to, and I had to have my guard up all the time.

Beside my residence was a beautiful and cozy rooftop cafe which was a lovely private brunch place during the day with a Mediterranean ambiance, and at night, a club with glittering chandeliers, trendy music, and a dance floor. My favorite place had a divine view overlooking the nearby lake. Ah! Not to forget – my favorite table.

Sometimes, the most I would wait is for four-five minutes. The servers recognized me, and I always felt special there. Since I would lineup dates 2-3 times a week, and it was also convenient to meet up there. Josh. I met him there.

On the date night, I wore my favorite red dress, moderate makeup, bright red lipstick, and matching red heels. It was a special evening and deserved special treatment. As I reached the restaurant, there was a slight deviation from my usual pattern. The waiter led me to a slightly secluded private area that was always out of bounds to regular guests.

The area replicated the deck of a yacht. The view of my favorite table was nothing compared to what was before me. The sun was about to set, and the sky was filled with hues and shades I had rarely seen before. The stars slowly unveiled as the inky darkness set in. A table for two was laid out, champagne et al; a huge pink lily lay in a vase.

I looked around for Josh, but he was nowhere to be seen. I was under the spell of it all the time. I stood close by the railing, and was startled by a sudden clearing of the throat. I nearly tripped over, and Josh reached out to steady me. My breath got caught at first sight of him. His pictures did not do any justice to him.

Oh my god! That was the voice of my dreams! Husky and smooth. My skin broke into goosebumps. I let out a shaky “Hi”, and he walked me towards the table, pulled back my chair, and went to his once I was seated.

“I have ordered some off the menu items basis what I guessed you might like. I hope that is OK.”

“Oh! Really! Let’s see how well you know me then!” I then said with a hint of a challenge.

He broke into a dazzling smile, and and and motioned the waiter, who brought over an array of delicious dishes. Over dinner and champagne, we slowly eased into a comfortable conversation. There was so much to talk, and listen to.

Dinner ended, but I didn’t want to go back. This was the feeling I was waiting for, and now, that it was here, I was clueless on how to behave.

A silence set in between us as he seemed to be lost in his world. Suddenly, he sat up, and said, he had a confession to make. My mind went into a fearful overdrive. I knew this was too perfect to be real. I braced myself for the worst, and asked him to go on.

Apparently, he had seen me here two months ago when I was on my own, and wanted to come and talk, but was hesitant to intrude. Then, he had seen me a few more times, but on several other dates. I eventually showed up on his match list because of our proximity.

He wanted to ensure I wasn’t some crazy serial dater, and hence, had held off the meeting. Where we sat was his private office, and he owned this place and a few more in various parts of the world. I stared at him stunned, and then, burst out laughing at the irony of it all.

All my romance novels were right about one thing, though. When it comes to love, when you meet The One, you just know it.

“You need to stop staring at my body, woman!” Josh’s voice snapped me out of my daydream. It’s been five years since we met. Since then we had dated, moved in together, and are now engaged.

All my dating misadventures got me to my one true love, this scenic beach, and I couldn’t be happier!