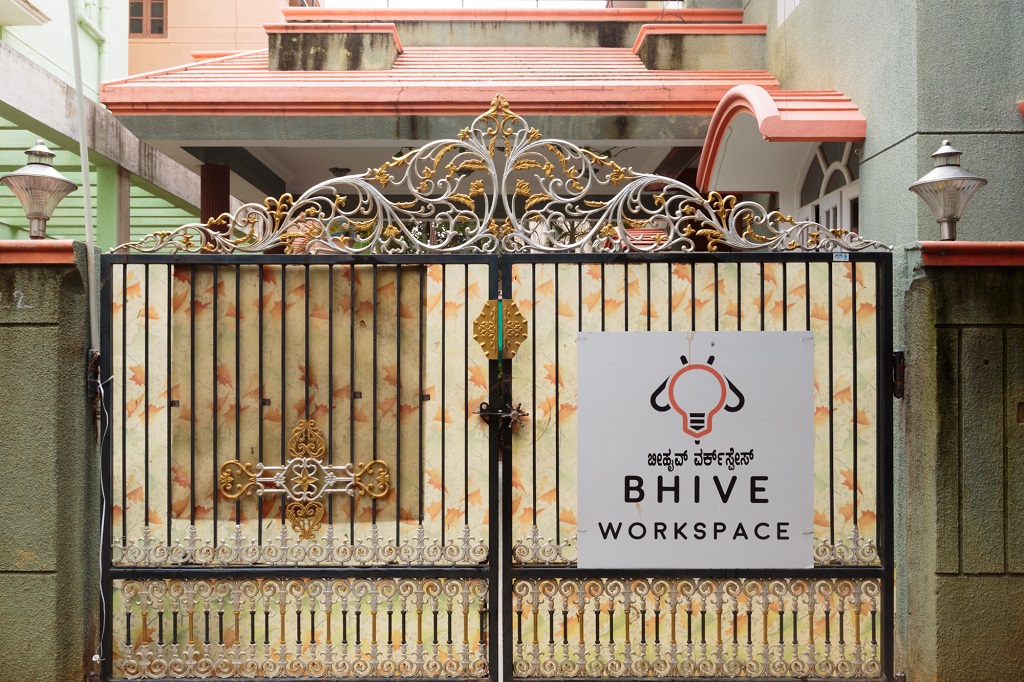 Back in January 2015, my colleague and co-founder of BHIVE Workspace, Ravindra and I were on our way to the Start-up India program in Delhi, really excited about government’s new-found focus on encouraging entrepreneurship in India.

At the airport, we ran into an erstwhile chairman of NASSCOM Product Council. We were excited because we were on our way to the “Start-up India” conference and were talking to someone who was supposed be a top start-up evangelist. Hence, we were expecting to hear some words of encouragement and some useful insights.

Just the day before his short encounter with us, he had met with Adam Neumann, CEO of WeWork and seemed to have been blown over by his plans for India. As soon as we started our conversation, he became dismissive of our future as a business and cautioned us with something like:

“WeWork is going to invest hundreds of millions of dollars in India over the next few years and is going to take up a few million square feet of space across multiple cities in India. The numbers they are talking about are mind blowing. Don’t think you’ll become what Ola is to Uber. When Uber entered India, Ola was already a few years old and they were prepared to stand up and compete against Uber. But this time it is going to be different. Nobody in the workspace business will have the time to grow a big enough to challenge WeWork when it enters India with huge money. They are going to literally fry you guys.”

He was basically suggesting that it is time for us to shutdown BHIVE and look for other business opportunities. While I was shocked to see someone of his stature and in his role attempting to discourage a budding entrepreneur this way, I saw no point in arguing. I could only smile and say “only time can answer this”.

This is not an isolated case. There seems to be some level of inferiority complex that our start-up evangelists carry in India when it comes to American companies, especially the ones planning to scale in India. This is evident in my conversations with some of them. Following are the three questions I get asked all the time:

1. How do you see the BHIVE vs WeWork battle panning out on Indian soil?
2. Are you building a company having the eventual goal of getting acquired by WeWork at certain point? (yes, that’s how blatant it is)
3. Do you believe BHIVE is the WeWork of India?

Before I get into my responses to these questions, let me share the current state of BHIVE Workspace and my take on WeWork.

It’s been over a year since that conversation took place. Looking back and without trying to blow my own horn, I am happy to share that we’ve actually grown to a level where we are ready to take any foreign entrant heads on. In last two years since inception, we’ve focused on operational efficiency and on our books, scaling to $2 million revenue run rate, while being profitable at unit level. In fact, our unit metrics are much stronger than those of WeWork. And, we are scaling fast.

We recently launched one of the largest Indian co-working spaces in the heart of Bangalore with 700+ seats. According to our current roadmap, BHIVE will expand to other cities in India, the Middle-East and South-East Asia and add another million square feet in co-working space within next two years. We’ve also come up with unique business models that cater specifically to Indian ecosystem, both from landlords’ and end-customers’ perspectives.

With over 500 events at BHIVE Workspace in the last 2 years, we’ve built a thriving community of over 10,000 entrepreneurs. We are also proud of the fact that we have focused on helping different segments of landlords to not only efficiently monetise their properties, but to also help them contribute to the “start-up India” story. In addition, we’ve built one of the best start-up teams out there, with top talent from Amazon, Facebook, SAP, Bloomberg etc. In sum, we are in a great shape to take on any foreign entrant.

Now, coming to WeWork. Personally, I’ve used WeWork in New York, and I really admire Adam Neumann and the business he’s built. But scaling such a business in a country like India is going to be a huge challenge for WeWork, a much bigger challenge compared to what they faced in China. In fact, WeWork’s entry seems to have been delayed by at least a year because they’d made their announcement of entering into India in that start-up India conference.

The real-estate business in India is probably the most complex in the world, no one can understand it better than a local player like BHIVE. But, I’d still welcome WeWork’s entry into India. In fact, I am slightly disappointed that WeWork is making a very cautious entry into India. Had they come in with the same level of confidence as displayed by them a couple of years ago, it’d have actually accelerated the growth of co-working spaces in India by driving greater acceptability for the concept.

Another disappointing part is that WeWork is tying up only with the biggest builders in India, in an attempt to minimise risk. To an extent, this is understandable given the challenges it had to face in China. But we need to help our small to mid-size landlords take advantage of the co-working revolution as well.

Now getting to my responses to the questions:

1. How do you see the BHIVE vs WeWork battle panning out on Indian soil?

Like I’ve mentioned above, we have built a strong foundation and understanding of the business to be able to not only compete, but to become a dominant co-working space provider globally.

Workspace is a new multi-billion dollar industry, which is growing at a rapid pace, disrupting the traditional office space business. In India alone, there are more than 1 billion square feet of office spaces growing at 8% every year, waiting to be disrupted by the concept of co-working. We are looking to not only hold the pole position in India, but to become a dominant player globally.

Having said that, we still need to acknowledge the fact that WeWork has set new standards in the industry and is the current leader in the United States. While Google and Facebook pioneered the concept of modern office space, WeWork was among the first co-working spaces that brought that same experience to the US based start-ups. We need to respect what they have achieved, but we are confident that BHIVE has the opportunity to be another major player in co-working in the world. It’s not a zero sum game, after all!

2. Are you building a company with the eventual goal of getting acquired by WeWork at certain point?

A true entrepreneur never builds a company with an intention to sell the company. BHIVE is a dream and this is what I love doing. With the huge opportunity lying in front of us, there’s no reason for us to believe that in a few years, the question can’t be reversed. No question of thinking about selling at any point when the ambitions are grand and opportunity is even larger.

3. Do you believe BHIVE is the WeWork of India?

In the last two years, we’ve understood the Indian real estate and co-working space like no foreign entrant can imagine. We have carved our own identity and are confident that we’ll be a notable player in global markets within few years. In fact, our business model has evolved to be completely unique and different from that of WeWork. BHIVE is as different to WeWork as Alibaba is to Amazon. We don’t wish to be labelled as XYZ of India. We are BHIVE of India and intend to scale with our own identity.

My advice to Indian entrepreneurs and start-up evangelists is to not get intimidated by global players entering India or get discouraged by so called start-up evangelists. We have the biggest opportunity to build global businesses from India if we believe and go all out!

Shesh Rao Paplikar is the co-founder and CEO of BHIVE Workspace. The article was first published on LinkedIn.

(Disclaimer: The views and opinions expressed here are solely those of the author and do not necessarily reflect the views of The Naked Truth and its team).

I strongly believe that technological advancement brings the biggest development for mankind.