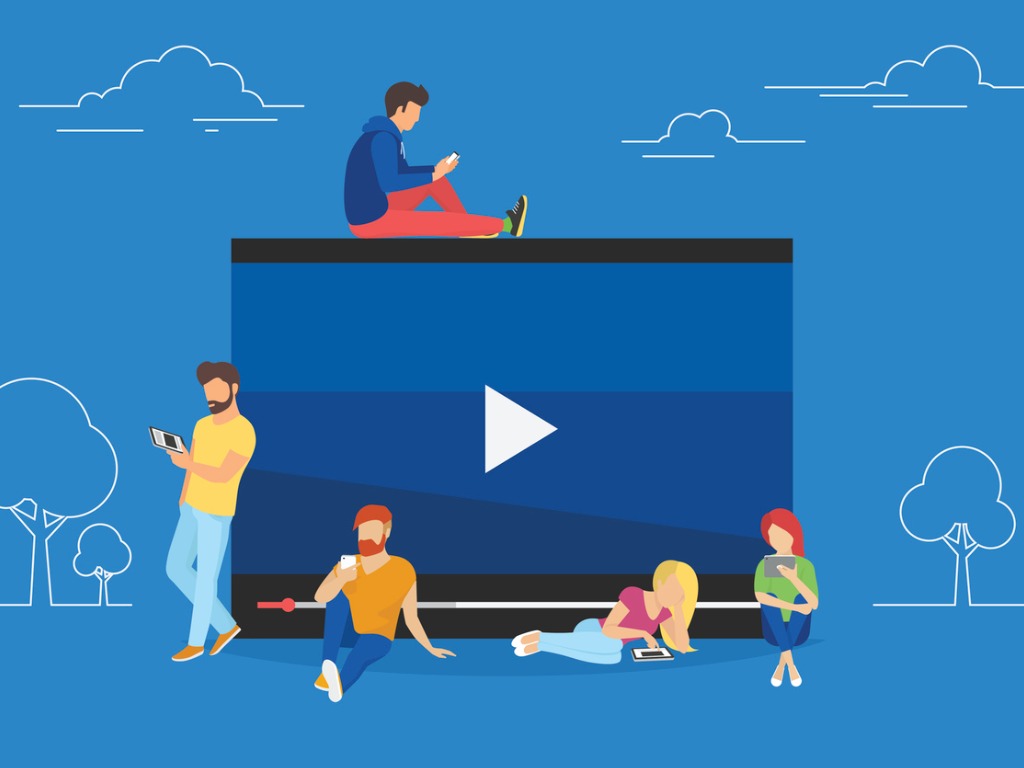 I still remember the time I watched Mirzapur. Produced by Excel Media and Entertainment (the production house that belongs to Farhan Akhtar and Ritesh Sidhwani), the show, set in the heartland of Uttar Pradesh, captivated audiences who wanted to see gangsters and their minions face off against each other, in an Indian context. Even though the storyline was completely set in a world of its own, it matched stylistically and linguistically with the dog-eat-dog world of Anurag Kashyap’s cult Gangs of Wasseypur films, where abuses flew as thick and fast as bullets.

Released on November 16, 2018, Mirzapur opened to a thunderous response, becoming something of a blockbuster for Amazon Prime Video. With the characters from the show becoming household names and multiple dialogues becoming the subject of viral memes, the show captured the zeitgeist of the Indian gangsterocracy in a way no other show (not even Netflix’s Sacred Games) had managed to do. This was Wasseypur on steroids.

Two things happened after the release of Mirzapur. The first one was fairly obvious—fans of the show started clamouring for a second season on social media, so much so that even Amazon Prime Video decided to make a hashtag out of it, “#MS2W”, an acronym for “Mirzapur Season 2 When”. Even though the OTT platform released other shows after that, one would always find a gaggle of comments on their social media pages demanding a release date for the show. And these demands, often in tune with the dialogues of the show, were loaded with expletives.

Now that Amazon Prime Video has finally put out a date for the launch of the second season of Mirzapur, it is time to focus on the second change this show has brought about. And it is a worrying trend.

Ideally, the style and narrative universe of Mirzapur should have been a unique, stand-alone phenomenon. The unique treatment lent to the dark world of muscle and corruption by showrunners Karan Anshuman and Puneet Krishna should have been a one-off. Yet, this has not happened at all.

The cocktail of guns, girls and abuses patented by the Wasseypur films was a huge draw for audiences in both Mirzapur and Sacred Games. This made all other OTT platforms sit up and take notice, and made them commission a number of shows using the same ingredients for success.

In the two years since Mirzapur released, ZEE5, for instance, has released Rangbaaz, Fixerr, Abhay and Mafia already; AltBalaji took out B.O.S.S., Apharan and the Bhojpuri show Hero Varrdiwala; and MX Player commissioned shows like Madhuri Talkies, Raktanchal and Ek Thi Begum. All these shows are set in diverse narrative universes, and yet they utilise the same mix of guns, sex and colourful abuses to reel in audiences.

And if it keeps working, why tamper with a successful—tried and tested—formula?

For those of us that felt that OTT platforms were going to bring variety to the table as far as content was concerned, there is every reason to feel cheated.

Why does this happen?

In a recent interview, Nachiket Pantvaidya, the C.E.O of AltBalaji stated that shows like Apharan and B.O.S.S. were targeted at “men in the 22-45 age bracket” who have immensely enjoyed the shows. He also states that AltBalaji has enjoyed tremendous growth amongst audiences in Tier-1, Tier-2 and Tier-3 cities, and he is very happy about the “massification” of OTT.

“Massification”. The magic word. This is what OTT platforms competing in the Indian market are chasing. The “men in the 22-45 age bracket” that Pantvaidya talks about is the most valuable male demographic for both OTT platforms and advertisers. And a majority of this demographic exists outside the big urban centres of India. They would much rather consume content that conforms with their milieus, in languages they would understand. Any OTT platform chasing growth wants to tap into this demographic because of their purchasing power. And that is why adult-oriented action-based programming keeps predominantly-male audiences coming back to OTT platforms. Besides being the primary growth-driver for them, such shows are also wildly popular on torrents and Telegram.

This trend of “massification”, however, was not a new phenomenon. This had already happened years ago, in another context.

When Star Plus decided to morph into a general entertainment channel (GEC) broadcasting only in Hindi in 2000, everyone thought they were going to bring in a new wave of programming on Indian television. And with Amitabh Bachchan hosting Kaun Banega Crorepati, they partly succeeded in that endeavour. But when Kyunki Saas Bhi Kabhi Bahu Thi started broadcasting on July 3, 2000, the channel had little idea of what was to follow. Besides breaking all sorts of viewership records, the show was the primary reason for Star Plus increasing its market share among women in the 22-65 age bracket outside the metro cities.

What Star Plus accomplished twenty years ago was the “massification” of television. Following their success, other GECs such as Zee TV, Sony Entertainment Television (later Sony TV) and Colors decided to follow suit. Shows featuring kitchen-sink politics and housewives in large joint-families scheming against one another became the norm on television. In their quest for TRPs, channels completely ignored restrained, urbane narratives in favour of a loud, over-the-top kitsch geared towards small-town India. And the variety on Indian television disappeared overnight.

Even though channels have tried experimenting over the years with other narratives, these dramas are what keep predominantly-female audiences glued to GECs. And advertisers do not want it any other way. That is why, in Hindi, Bengali, Odia, Marathi, Gujarati, Tamil or any other language, you will always find the same brand of women indulging in kitchen-sink politics across GECs.

This “massification” of the female demographic has also made its way to OTT. The legend of Balaji Telefilms hovers over AltBalaji, which has made shows such as Kehne Ko Humsafar Hai, Karrle Tu Bhi Mohabbat, It Happened in Calcutta and other romantic dramas, in order to cater to this same female demographic, with mostly the same tropes—good-looking lead actors, a convoluted story about love, good music and an urbane setting that looks aspirational.

One thing that OTT platforms cannot be accused of is the lack of understanding of the pulse of the audience. They have realized that they need to keep churning out shows that keep catering to the aforementioned demographics. In 2020, they are still chasing new audiences for growth.

Having said that, a sense of fatigue has started creeping into the said demographics. While COVID-19 kept audiences confined to their homes, a boom in the sale of Smart televisions coupled with the lack of fresh episodes for shows on GECs, meant that families tuned into OTT platforms to watch shows together. While OTT platforms got great viewership figures, the chatter on social media increasingly grew loud about the lack of variety in Indian narratives on OTT. This was made more acute by the fact that dubbed versions of various hit international shows were made available in various Indian languages such as Hindi, Tamil and Telugu, drawing more attention to the paucity of good Indian shows.

While OTT platforms got great viewership figures, the chatter on social media increasingly grew loud about the lack of variety in Indian narratives on OTT.

Of course, there are exceptions to this rule. This year, we’ve already seen Amazon Prime Video achieve its biggest successes with Panchayat and Paatal Lok, Disney+ Hotstar striking gold with Special Ops and Aarya, and SonyLIV getting Your Honor and Undekhi on board. Yet, barring Panchayat and Aarya, it is very easy to categorise the remaining successes into the tried-and-tested formulas employed to woo the same demographics mentioned earlier.

For those of us that felt that OTT platforms were going to bring variety to the table as far as content was concerned, there is every reason to feel cheated. But this year might turn out to be a turning point. They have started to wake up to the need for commissioning premium dramas with intriguing narratives that more and more people can watch with their families. Aarya is a notable example.

Diversity of voices on Indian OTT platforms is the need of the hour. Of course, things will take time to change. Often there’s an inherent class and gender bias while talking about shows on social media. So, for instance, shows like Four More Shots Please! (Amazon Prime Video) and Masaba Masaba (Netflix) are trolled repeatedly because they centre around women who do not necessarily cleave to the traditional ideas of marriage and motherhood, while a show like Aarya gets glorified because of the lead character’s focus on protecting her children from harm. This is an extremely skewed and misleading view.

Unfortunately, OTT platforms are now caught in a crisis of their own making. As the past couple of years have shown, Amazon Prime Video has been routinely pestered on social media for not revealing when the second season of Mirzapur would release. It is almost as if Amazon, in spite of the variety of Indian and international content it offers, is only known as the home of Mirzapur. Netflix faced this same brand of hassle during the two-season run of Sacred Games.

So, OTT platforms are now having to walk a tightrope. If they don’t provide variety, it will be tough to win over potential new subscribers and family audiences; if they do, they risk losing their core demographics. The road to variety seems long and arduous.