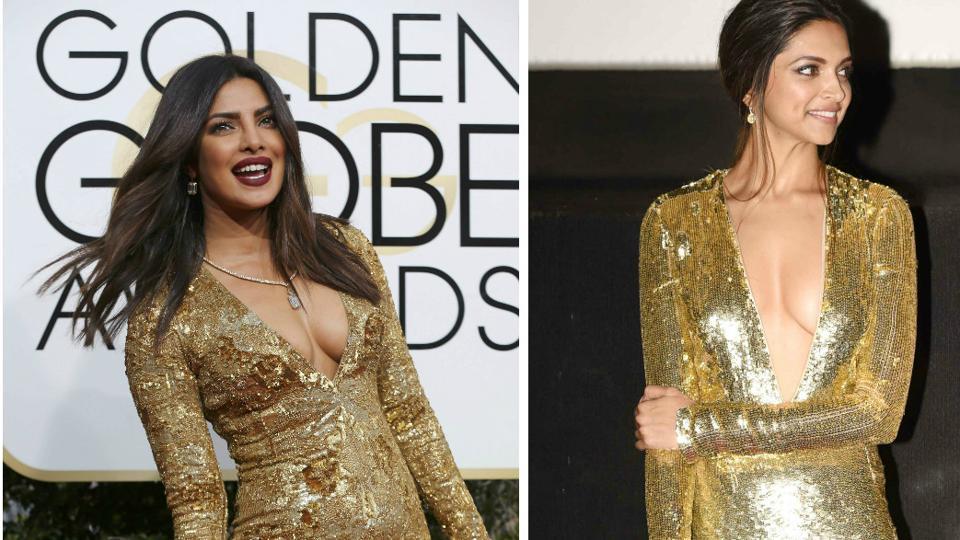 As the run of the mill, it is not a first when two actresses who have a lot in common are compared by the various media houses, at least what their articles showed up at times. And, the same applied to two leading actresses of Bollywood who are leaving their mark in Hollywood as well, however, these comparisons are vague. And, I say vague not because the comparisons bother me directly, but because the ground to compare both these actresses is not even near similar.

Who wore what better, which celeb pulled off which role in what manner, and who’s ex-dated whose ex is all about the entertainment gossip quotient that it carries but the way in which Priyanka Chopra and Deepika Padukone are being pitted against each other, in the recent times, is, unfortunately, naive.

Only because Deepika Padukone is starring in a Hollywood flick and for promotional activities, has to follow the same routine that Priyanka Chopra followed less than a year ago for her English show, does not allow anyone – the media, audience or even their respective PR publicists to make such a roar out of it, especially such a negative one.

We decided; why not chalk out common grounds to make the comparison a simpler task for you.

It’s no wonder that both the women have entered Hollywood roughly around the same time, from being leading ladies of the Hindi Film Industry. And, that is where the common aspect is over. The way both of them launched their respective entry into Hollywood is different, while Priyanka made her way in through her singing skills, Deepika came in through her audition for Fast & Furious.

Continuing on this topic, neither of them is even in a similar format to display their acting skills – Deepika is involved in a Hollywood film, whereas Priyanka has been acting in one of the top English shows, Quantico.

Yes, you are obviously glad that both these women have made stunning appearances on the Ellen Show or on Jimmy Fallon’s talk show but really, did you enjoy it? I mean Social Media is flooded with how Deepika’s Kannadiga accent seemed more real or how Priyanka was more grounded and herself.

It is time the audience realises that they are individual personalities and how they carry themselves or what they speak is completely personality based. To compare who did what better on a foreign show, shows the incapability of accepting both these actresses for representing themselves and the country (India) on the show.

Both these women have had their share of struggles from the start, coming from a non-filmy background, both of them have created a niche for themselves in Bollywood and we should be more glad than turning critics on their further journey ahead.

While Priyanka has been around for a while, it did not come as a surprise that she even rocked her way into Hollywood and singing, whereas Deepika has a more starry start into the industry and honestly, we are looking forward to some amazing performances abroad, by these ladies.

To compare if Priyanka was better in Bajirao Mastani or Deepika is a valid thing, however, to compare whether whose future in Hollywood is better is indeed step down on behalf of the audience. Indian women are going places and that to be noted and appreciated is the real deal!

Golden Dress has become the talk of the town!

It was incidental that both the ladies decided to wear a similar coloured and textured gown to their respective functions. There is no denial that the pattern looks very identical but the fact still isn’t if either of them copied the other.

Only if their respective costume stylist knew this were going to happen, they would rather have picked something different, or MAYBE NOT because what everyone wears is one’s own choice so do they have one, and it is about whether they are comfortable wearing that particular dress.

She believes that she is that particular organism who is capable of converting Pizza & Caffeine into Content for a living. Proving it, she is pretty much writing through her life. A Media graduate, I've my eyes on everything that does not even interest me.

You Are An Average Of The People You Spend Time...