﻿ Anupam Varma We are so bloody selfish that pollution deserves us November 16, 2018 https://www.nakedtruth.in/wp-content/uploads/2018/11/We-are-so-bloody-selfish-that-pollution-deserves-us.jpg 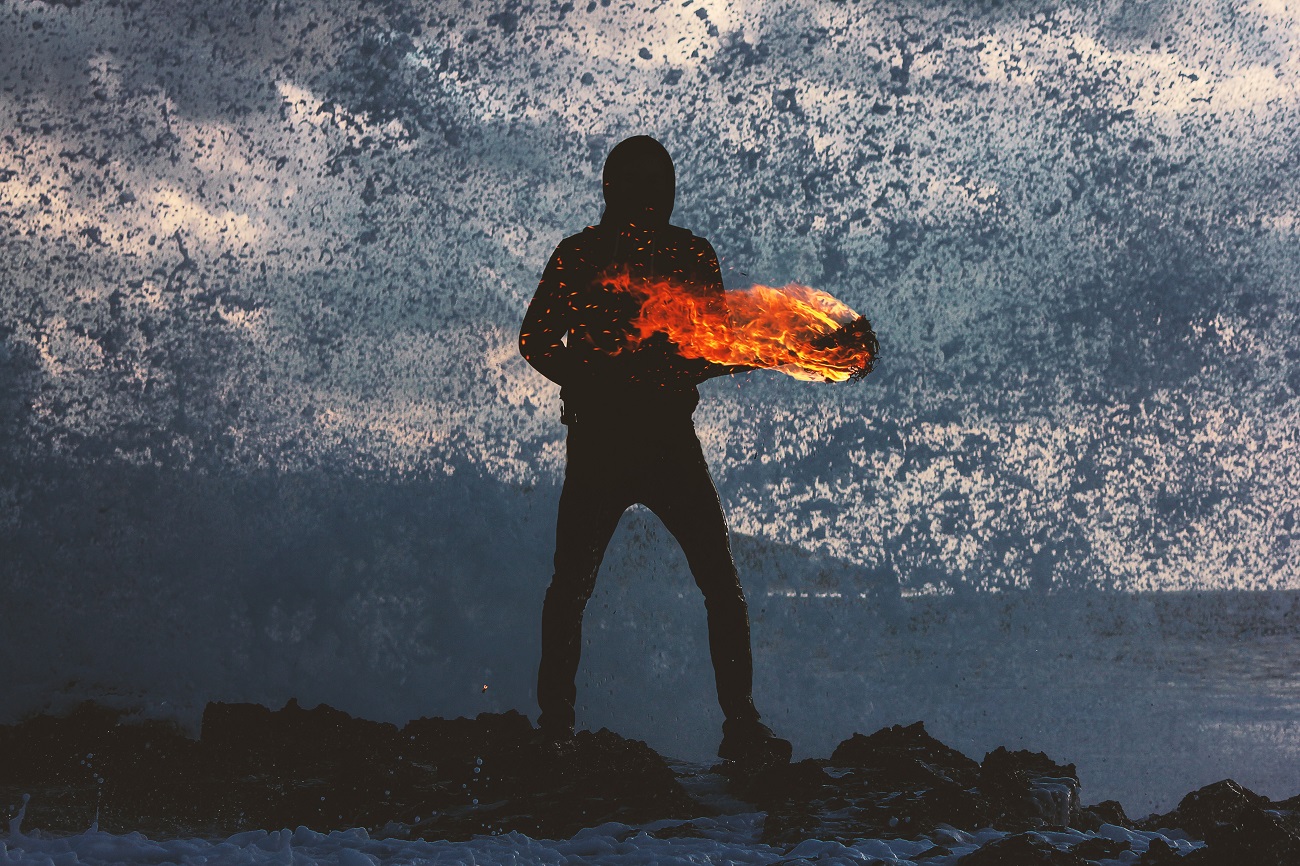 I can’t seem to get out of my head the images of some revelers who celebrated Diwali by lighting firecrackers while wearing anti-pollution masks.

North India, particularly Delhi, is enveloped in a thick blanket of smog every winter. The condition lasts for at least two months, and improves only when winter is on its way out.

This pollution is blamed on the burning of crop stubble in the farmlands in Punjab and Haryana after the harvest.

While the authorities are struggling to find a solution, we have made matters only worse by lighting firecrackers for a few minutes of enjoyment.

By doing so, we have yet again proven that we have regard for only one person – ourselves – and no one else. Not the future generation. Definitely not the environment.

Earlier this week, there were pictures doing the rounds of some hooligans stopping their cars in the middle of the new Signature Bridge in Delhi to take pictures, climb on the bridge’s pillars, only to take pictures, mainly selfies. There were also images of garbage strewn across the sidelanes of the bridge.

If I jog my memory, I can recall a news report which said railway linen worth Rs 2.5 crore and other items were stolen from Western Railway trains in the last financial year. Last year, when Tejas Express was on its maiden run in India, shameless passengers stole headphones and scratched its LED screens.

This is who we are. We have become such shameless people who have utter disregard for what does not directly belong to us. We take great pride in protecting our own belongings, whether it’s our car, our house, our phone. But when something does not belong to us, we don’t give a damn.

We will happily desecrate walls of old monuments and forts, scribble love messages on park benches, stick chewing gum under the seat of the bus, spit and piss whenever we see an empty patch of land. And when we are bored, we will forward misleading messages on social media and lynch people.

Our sense of patriotism seems to awaken only when someone else points fingers at us.

When our neighbours mock us for not having toilets, we get angry. When global powers call us non-thinkers and rote-learners, we point in the direction of Satya Nadella and Sundar Pichai, a position earlier occupied by Indra Nooyi and Vikram Pandit as our go-to poster people whenever we made a list of Indian achievers. But on our own, we are a bunch of shameless, thankless people.

Coming back to the pollution, stubble burning is not completely bad. It helps farmers get rid of the remnants of the old crops, kills weeds, pests, etc, and is far more economical than modern scientific methods. The side-effect, however, is the plumes of smoke that it leaves, and the gradual loss of nutrition of the soil.

The National Green Tribunal has slapped a fine on the Delhi government for lack of initiative to help farmers dispose of the stubble efficiently. But when have fines and threats of legal action been able to get us do anything right? If it’s illegal, then it’s all the more fun to break the law. After all, how else does one become a hero? Following rules is for the commoners.

As a quick-fix solution, the government should set up convenient locations across districts where these farmers can sell all their stubble. These can then be cleaned and processed on the spot and made into raw material for paper pulp, animal feed, biogas, etc. It’s an investment the government will have to make. It cannot be left to the farmers.

Biogas plants, however, cannot be seen as an immediate solution. The red tape involved has tangled up the decision making, allowing the toxic smoke to escape. The state is running a power surplus, and has not shown much interest, according to a Caravan report. Moreover, it can’t buy power from biogas plants at the current tariffs.

At the moment, crop stubble is waste. But once the government attaches a monetary value to this stubble, the farmer will be able to make some extra money on the side.

There’s also the option of farmers using the mulcher to chop the stubble down into small particles, so that it lays flat on the soil. Then, use a reversible plough to turn the soil around. However, this is expensive. According to a report in the Economic Times, the cost comes to around Rs 8000 for a farmer. Now, compare that with the price of a matchbox: Rs 2. The math is easy.

This reminds me of a field trip to an apple farm in Poland. The company running that farm is known for running a zero-waste operation. All apples grown in the farm were graded. The blemish-free apples were sold as it is. The ones which are slightly damaged — but still good to eat — were sold off to hotels and restaurants. The ones that were damaged even more were sold off to juice companies, while the ones totally damaged were used to make compost. So nothing went waste. As for the field, all the horticultural waste was collected and sold to the government. The farmer got a brand new farm every time. Cost to environment: zero.

I know India and Poland are not the same. India is about 11 times as big as Poland, and has a much diverse agricultural pattern. But we can still try. It doesn’t have to be a nationwide initiative. We can start with Punjab and Haryana and see the results. If it’s successful, we can roll out a nationwide campaign. If it’s not, we can try something else.