﻿ Team TNT Dear Brands, This Is How You Should Be Looking For Your Customers July 29, 2016 https://www.nakedtruth.in/wp-content/uploads/2016/07/Dear-Brands.jpg 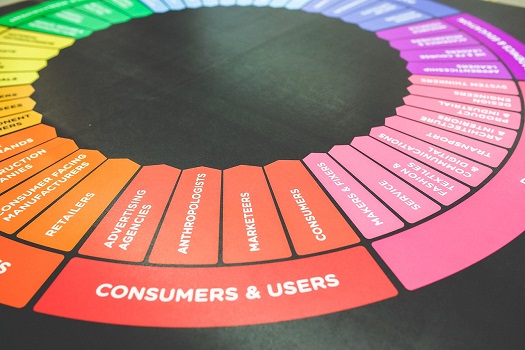 Dear Brands, This Is How You Should Be Looking For Your Customers

Do you WATCH television? If you are older than 40 and live in a Tier III city then the answer is probably yes. However, in most other cases, it could very well be an additional screen inside your home. Something that just sits there in the living room or bedroom, playing in the background, while you stare into your laptop or phone.

According to a data shared by Facebook, over the past five years, the time spent by adults under the age of 24 in watching TV has dropped by 34 percent. The way we consume media is changing but it isn’t exactly shifting from one device to the other. It is adding up devices at the same time.

Now if we talk about the changes in media consumption, we can broadly talk about two things. First is the medium of consumption and second is the format. First things first, mobile isn’t going away anywhere. I might have to bite my tongue for saying this but anyone who says that wearables will change how we consume media is wrong. If anything, the line between tablets and mobile phones is blurring and people are opting for large screen mobile phones on average. Another fact worth mentioning here is that 60 percent of mobile owners use them as their primary source of internet access. So it isn’t just a connectivity or media tool anymore but a consumer behaviour.

Enough of the numbers. How are they relevant to me?

There is a reason the likes of Google and Facebook are bullish on mobile and that reason was just explained above. If you are a brand, big or small, B2B or B2C, product or service, you should have a stronger focus on mobile. The challenge, however, is that we are talking a lot about mobile and still not tapping into it. Taking a random example, less than a third of the total digital marketing spends in travel went towards mobile. Now it doesn’t take a genius to put 2+2 together. Ads, videos, articles, everything should be tailored for the mobile customer first.

That said, it is also crucial to not go down the Myntra route. While people prefer to watch, read and browse on mobile, they like to have the options open and prefer the bigger screen to key in their card details.

On mobile, you should be looking at the popular platforms for showcasing yourself. It is the time we stop considering Facebook to be a social platform and instead look at it as a media company that is a showcase for your beautiful images and funny videos.

From 2012 to 2014, the average time spent tinkering with third party apps by each user went up by 14 hours. The number of actively used apps remained the same. A clear indication that the popular apps like Facebook and WhatsApp are getting more eyeballs.

While mobile is clearly the medium of choice to be visible, you shouldn’t miss the new formats that are emerging. Text is boring (yes I know you are reading) and slow to consume. Every mobile user is posting images. Brands and vloggers are flooding YouTube with videos yet quality videos aren’t many. Clearly, something has to change if you want to stay on top of your customer’s mind.

Enter 360 videos and VR. Earlier there was a challenge with consumers lacking devices to view and creators having to deal with equipment cost but it has started to change now. Quality videos will still continue to get attention and get social media shares and if you think you are going to stick around there for a while, try Facebook videos for a change as the platform is taking the gun against YouTube, and prioritising video and 360 content.

However, VR and 360 is the new king of media and even some of the random brands are making headlines because more people with viewers like Cardboard and Gear VR are eager to experience anything they can.

What other formats are going to emerge is something only time will tell. Ricoh Theta S could be a good tool to start off if you plan on shooting some 360 content.