﻿ Guest TNT A Matriarchal Society Where Women Rule And Legacy Follows Them May 21, 2016 https://www.nakedtruth.in/wp-content/uploads/2016/05/Matriarchy.jpg 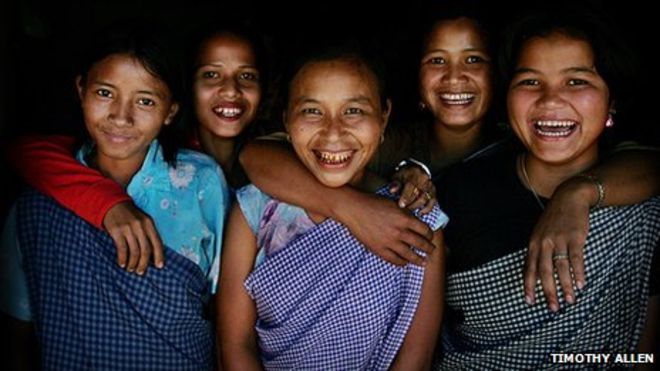 There was a picture that was doing the rounds on Facebook depicting patriarchy in India and since then it has developed a curiosity in my head. And like so many other women and men who support gender equality, I decided to share the post and then a whole lot more shared it, and the chain continued.

This got me thinking if there are matriarchal societies in the world because we discuss patriarchy so often that it doesn’t occur to us naturally to think if the opposite exists and more so in India where patriarchy breeds in almost every corner.

Matriarchy, as defined by Oxford, is a social organization in which the mother or the oldest female is the head of the family, and descent and relationship are reckoned through the maternal line; government or rule by a woman or women.

So I got my thinking cap on, and did a bit of research to inspect it thoroughly.

“Anthropologists claim that there are no records of true Matriarchal Societies anywhere around the world”. The word “True” has been used here because people tend to confuse matriarchy with other non-patriarchal societies, which is incorrect because in none of these societies have women taken complete dominance.”

“In India, matrilineal systems are present in the state of Kerala and Meghalaya.”

Matrilineal is defined as a system where the descent is traced through the maternal line and each person is identified through their mother’s lineage and inheritance could be of property or surnames.

I, like so many other people used the term matriarchy so loosely. Often people tend to confuse matriarchy with matrilineality and use it as an antonym for patriarchy. We need to understand that matrilineality is a subset of matriarchy and it doesn’t mean the same. To see how matriarchy is different from matrilineality, we could actually look into the states of Kerala and Meghalaya.

In the state of Kerala, it was the Nairs who practiced “Marumakkathayam”, the matrilineal system where the inheritance of property and descent were traced through women.

This system has lost its existence with time. The state legislature of Kerala abolished it in 1975, however, there are still some families where the children take their mothers’ last name and not their fathers.

In Meghalaya and Garos, Jayantias and Khasis (Tribes) are matrilineal in nature as compared to the rest of the country; the women here enjoy a better social status. They are free from a lot many social restraints like dowry, low sex ratio etc.

And for the rest of the country, this seems like the most legit way of how societies should be and is an ideal set up for a utopian society. But the truth of the matter is, though we have termed these matrilineal societies as non-patriarchal but an element of patriarchy still breeds in these societies.

Here too the descent is traced through women and it is women who inherit the property which is passed on through generations. However, the role of the women is limited till here as the society here is still structured according to the patriarchal norms.

In Meghalaya, the women may inherit the property but the decisions regarding its management are taken by the maternal uncle. Just because the woman inherits the property doesn’t reduce her commitments as a mother or a wife.

When it comes to any religious functions or decisions that concern the clan or family or even the woman herself, it is the father and the maternal uncle who take charge and the women are not consulted. It is not that this society doesn’t want to involve the women folk but it is inherently designed wherein there is no participation of the women in decision making.

So, in India, we may not have matriarchal societies but we do have matrilineal societies, and it is interesting to see the kind of stature that the women folk enjoy here in the state of Meghalaya and more so because the neighbouring states have patriarchal societies which even after so many years have failed to seed their influence on these societies.

A fact to be noted: The men folk have the option of becoming Ghar Jamais in Meghalaya.

(This story has been written by Bhagyashree Borbora).
Cover Image Source.