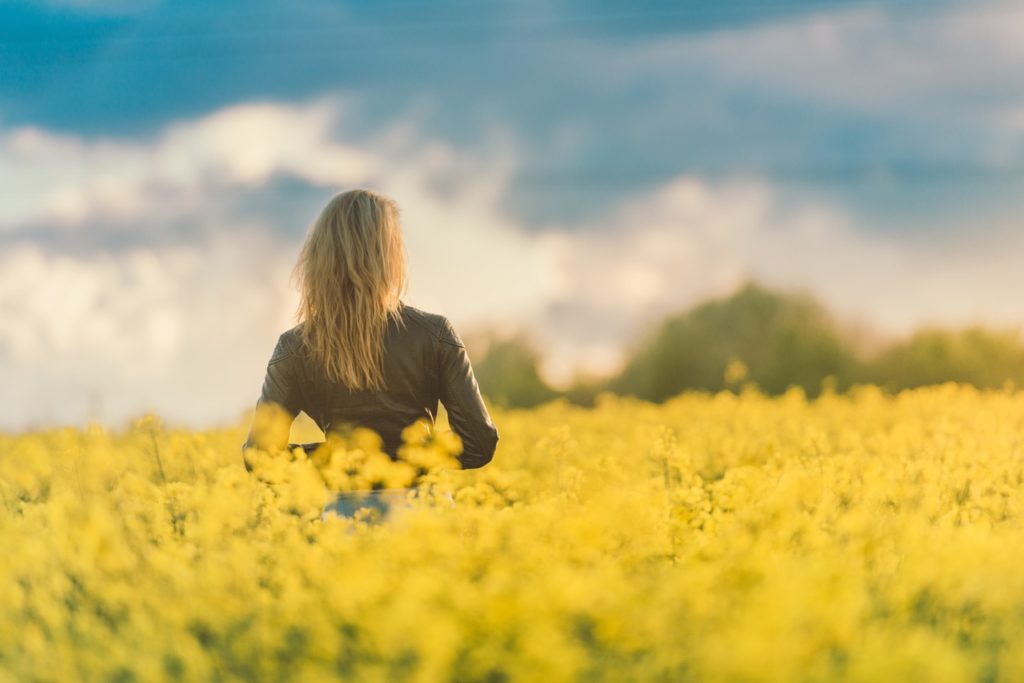 Most happy Indian marriages rest peacefully, for everyone, except the woman, on the grave of her sacrifices and individuality. Well, this holds true in most of the cases in modern urban India too.

According to a report released by World Economic Forum (WEF), India ranked 108 out of 145 nations ranking lower than Sri Lanka and Bangladesh on the Gender Gap Index 2015. According to this report, women earn now, what men earned a decade ago. McKinsey Global Institute (MGI) made a stunning revelation that if women had to participate in the global economy as men do, 26% more would be added to the global economy.

As we probe into the present challenges that women face, we need to dig deep into the attitude and perception about a woman’s individuality. The struggle is not about gender, it’s about acknowledging one’s individuality. A woman is looked at as an embodiment of sacrifice and adulated for her power to endure and not agitate. When this perception changes, a lot will change for a woman’s existence. She won’t be compelled to sacrifice for the sake of being accepted and loved.

How can a family be as selfish and insensitive as to ignore the fact that she has a life of her own, which she should not sacrifice for the demands of the family?

The modern Indian urban woman is trapped between traditional and modern values. Though she would love transitioning to being independent in all ways, her independence is restricted, partial and not complete.

Even when she makes a choice to work post marriage, it’s more about financially supporting the family. Families rarely bother about her career; the focus is on the monetary value she adds to the family. Along with working hard and putting as many efforts as a man, when she comes home she merely becomes a servant for the family cooking, cleaning, filling the grocery, etc.

It is conditioned in the Indian families that it’s the duty of a woman to look after the house. And a woman who ignores or dislikes doing household chores is snubbed. Most men prefer to have their space, pursue their hobbies and have a life, totally ignoring their wives slogging it out while taking care of the family and pursuing their career. It is a tough balance to maintain. Even if men do participate in doing household chores they are considered to be ‘great husbands’. And women married to such husbands are told, “You are lucky to have a husband like him.”

In fact, she cannot exercise her independence in many matters. We discuss rapes in India so openly and have strict laws for it. But, how often we openly speak about marital rape, which is so rampant in India? Often women unwillingly have sex with their husbands. It’s her basic right to say ‘no’ but she dare not. If she does the weak and repressive, patriarchy will be challenged, which rests on peculiar presumptions, which can exploit women in the shrewdest manner, through subtle conditioning since childhood.

Even if a woman is abused (emotionally, mentally or sexually) she endures it, she gets a pat on her back and is praised to have endured everything. Every woman and man in India are conditioned into thinking marriage is great only when you get married at the right age. The age bar is decided too, i.e. before the 30s and we are conditioned to believe that after a certain age, a woman cannot bear children or it’s rather complicated. If you pass the marital age you are branded as a loser. Comments such as, ‘Didn’t you find anyone in so many years?’ ‘You are a loser you couldn’t even hook a guy.’ There are subtle ways of making you feel miserable.

Other maxims of patriarchy, which breed on fear spread in the society, often supported and acknowledged by most women:

Having a son is a blessing as he can take care of you in old age while daughters get busy in their lives after marriage.

A woman is complete when she gives birth to a child and the woman who cannot bear a child is made to feel miserable.

House husband concept where the man is the main caregiver of the children and the house; doesn’t blend well in Indian society. A man is apparently better off having a career and a woman should take care of the family.

If a man has multiple love affairs he is a ‘stud’, if a woman does the same she is branded as a ‘characterless woman’ or many other references that amount to public slander. (I am not endorsing flirting or polygamy but, I certainly cannot endorse the discrimination either).

A woman after marriage adorns a new avatar. Tearing through her own identity and giving up her individual choice she starts dressing and behaving according to her husband’s preferences.

In the case of an urban Indian woman who steps out to work, she is paid a lower salary as compared to her male colleagues. Aparna Jain, CEO of Zebraa Works has written a book called ‘Own it’, which depicts real life incidents narrated by working women. They share challenges faced at the workplace.

Aparna says that the workplace is skewed against women and most women step out of their homes to pursue a career, even if it means to play multiple roles with superhuman abilities. But, men at home and at work are struggling to come to terms with a woman’s changing priorities. Thus, a huge gap is developed between male expectations and female ambitions. So for a working women life isn’t easy either.

The misery of a housewife is she never gets appreciated for all the work that she does at home, making sacrifices to look after her children and husband. Many women express their disgust by retorting, ‘Being a housewife is a thankless job.’ A housewife’s contribution to the family goes unappreciated.

It is the time we change the way we raise our kids. Let’s teach our young boys and girls to create a world where all genders are respected and given equal opportunities to express themselves as they live a life of their choice.

“A gender-equal society would be one where the word ‘gender’ does not exist: where everyone can be themselves.”
– Gloria Steinem.

(The views and opinions expressed here are personal).

Human Trafficking: A Call To Moral Panic That Evolved Scars...