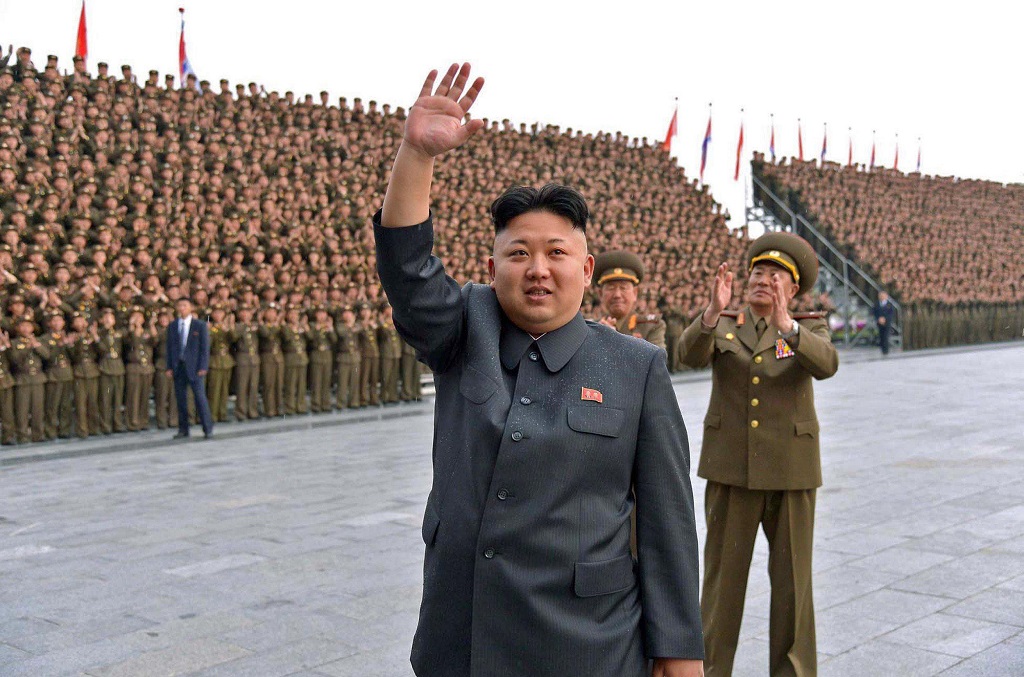 Kim Jong-un: A Merciless Dictator With Nuclear Powers. Is The World At Danger?

Weighing over 210 pounds, supporting a comical hairstyle and enjoying the status of being a supreme leader, this man may turn out to be one of the most dangerous ones in the world. Now this may sound like an absurd statement to anyone and more so to the people living in a democratic country like India but it isn’t so for those who are aware of his ingenuousness and incompetencies.

Few months back, North Korea announced the successful testing of a Hydrogen bomb , the fourth test since 2006. This information, which was confirmed by the detection of earthquake signatures from the test site, sent out shockwaves across the globe. This news might be good for North Korea but not for the other nations.

Before we move further to understand this subject, a little more should be known about the history of North Korea and its dictators.

Officially known as the Democratic People’s Republic of Korea (DPRK), it is a country in East Asia with Pyongyang as its capital. North Korea shares land borders with both China and Russia. After the surrender of Japan at the end of World War II, 1945, Korea was divided into two zones, each zone controlled by the US and the Soviet Union respectively. Negotiations of reunification failed and in 1948, two separate governments were formed: The Democratic People’s Republic of Korea in the north and the Republic of Korea in the South. Later on, both the states were accepted by the United States.

The DPRK claims to be a socialist state but critics have regarded it as a totalitarian dictatorship. Since 1948, Kim II-sung had attained power, followed by his son, Kim Jong-II and later on in 2011, his youngest grandson, Kim Jong-un.

Kim Jong-un was only 28 when he succeeded his father and many thought him to be too pampered and inexperienced to take up the leadership.

As years progressed, he not only proved many right but has become known to be more vicious and pitiless than his predecessors. Not only has he executed many for the crime of having angered him but has gone up to the extent of executing his own uncle, Jang Sung-taek, along with his family, including Jang’s sister, brother in law and nephew.

He is also known to have executed all his ex-girlfriends by using a firing squad. The inhumaneness doesn’t end here; he executed his defense chief, Hyon Yong Chol, for sleeping at a military event and then again another official, O Sang-hon, was burned alive by flamethrowers; his crime was that he followed Jang’s orders.

Another story reported execution of around 80 people in several cities, by a firing squad for watching smuggled South Korean TV shows. Several other similar stories have been reported, which confirm the absurdity and madness that Kim Jong-un indulges in.

His educational qualifications are again a topic of discussion and so are the multiple positions that he holds at the highest levels.

Another vital information is the inclination of North Korea towards building nuclear weapons but due to the ‘Agreed Framework’ along with the ‘Songun’ or military first policy, negotiated between North Korea and then U.S president Bill Clinton, this process was initially halted. With the change in power in the White House and George W. Bush attaining control, things got changed.

His administration rejected the Agreed Framework and the Songun policy. It moreover treated North Korea as a rogue state, in retaliation to which North Korea doubled its efforts in acquiring Nuclear weapons since it feared a similar fate as Iraq.

The first claims of nuclear testing by North Korea were made on 9th October 2006. The initial tests were more or less a failure but the most recent one, conducted few months back, has caused speculation. This is where the worry of the world began.

Moreover, there are speculations about South Korea and the U.S. joining hands to assassinate the dictator; but then again there is nothing to validate this.

One can only hope that the claims by North Korea are false and the future peace of the world is not in the hands of an unbalanced and impulsive dictator.