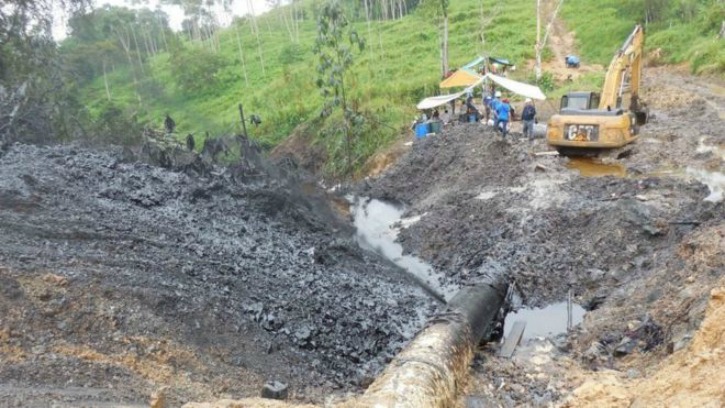 On 29 February 2016, the Peruvian government announced a state of emergency in Morona, a district inhabiting close to 9000 people and covering 16 Amazon rainforest communities in the northeastern part of Loreto due to oil spills.

The environmental damage was caused by an oil spill from the country’s main pipeline which resulted in oil entering various rivers in the Amazon region and further affecting the lives of a number of indigenous groups of people that use them.

The spills were on the sections of the Northern Peruvian Oil Pipeline, which moves crude from the jungle over the Andes mountains to refineries through a lengthy route on the northern Peruvian coast.

Built in the 1970s, the pipeline is operated by state run PetroPeru.

As per reports from the state-owned oil company PetroPeru, almost 3,000 barrels of crude oil has spilled from the North Peruvian Pipeline in Cashacaño and entered a number of big and small water bodies including the Chiriaco and Morona rivers in the region.

PetroPeru has also been fined USD 3.6 million for negligence and failing to properly maintain the pipeline. The company said the first leak was triggered by a landslide but the cause of the second rupture was unclear.

PetroPeru has further taken the responsibility for cleaning up the water bodies and is also providing food and water to the locals. However, heavy rains in the area are hindering work and causing more damage by aiding the oil spread faster.

The state of emergency will last 60 days during which officials in the Loreto regional government, Datem del Marañon province and the district of Morona will work towards restoration with other government agencies.

The oil spills have stopped the transportation of up to 6,000 barrels of oil a day.

Moreover, the local population is suffering and has a high risk of falling sick due to the pollution caused in the rivers which remain their primary source of drinking water and food (fishing). They are currently surviving on Banana and Yucca (a local plant).

A similar spill was earlier reported on February 3 in Morona.

World’s Most Failed State: What Does The Future Look Like...

‘Johnson & Johnson’ Penalised By An Amount Of $72 Million...