﻿ Neha Mohanty World’s Most Failed State: What Does The Future Look Like For Somalia? March 3, 2016 https://www.nakedtruth.in/wp-content/uploads/2016/03/Somalia.jpg 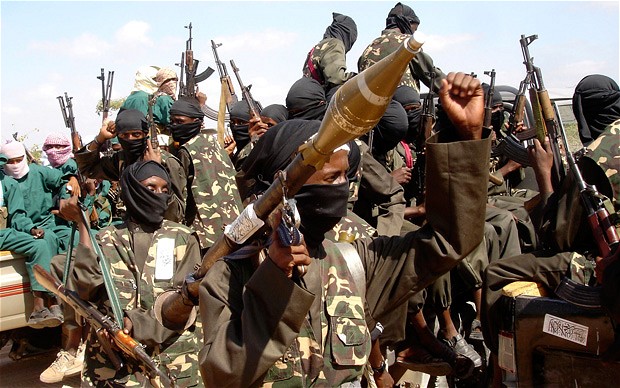 World’s Most Failed State: What Does The Future Look Like For Somalia?

In one of the gorgeous continents in the world lies a country embroiled in incessant war. The Foreign Policy and The Global Fund for Peace have termed Somalia, the world’s most failed state multiple times.

When one talks of Somalia, one always associates the country with political turmoil, famines, diseases, the Al Shabaab, pirates and governance sans government.

Fate has been cruel to this beautiful country so much so that its mere name has become a negative connotation. How did this come to be? Let us delve a little deeper into the history of Somalia to uncover the reason for its present state.

Situated in the Horn of Africa, Somalia was formerly a prosperous nation and an important centre for trade and commerce. Islam was introduced to Somalia in approximately the 7th century and it was subsequently ruled by several Sultanates.

In the late 19th century, when the scramble for Africa began, Britain, France and Italy gained control of parts of the coast. The protectorates of British and Italian Somaliland were hence established. In the second World War, Africa too was dragged into the war. The north-eastern, central and southern parts of Somalia were occupied by Italy in the First World War.

The occupation ended in 1941 and was made a protectorate of the British and eventually a United Nations Trusteeship in 1950 with a promise of independence after 10 years. The north-western region remained a protectorate. In July 1960, the two regions were united to form the Republic of Somalia with Aden Abdullah Osman Daar as President.

However, things were not to proceed smoothly as planned. The newly established country soon found itself entangled in hostile border disputes with Kenya and Ethiopia and relations with Britain were terminated till 1968.

In 1969, in a coup d’état, the then president Abdi Rashid Ali Shermarke was assassinated and the Major General of the Somalian Army, Muhammad Siad Barre assumed power. Somalia was declared a socialist state and most of the economy was nationalised. Barre’s 22-year rule was characterised by droughts, rampant starvation and an oppressive dictatorial rule.

Barre’s regime was just the beginning of bad news for Somalia. Owing to growing opposition and resistance movements, in 1991, Barre’s government was ousted from power. The civil war that followed Barre’s ouster changed the face of the country.

An international intervention followed. In 1992, a UN peacekeeping force was sent to help restore order and bring in aid. By this time, various rebel groups like the Somali Salvation Democratic Front, Somali National Movement and United Somali Congress had become strong. There was an absence of a central government and a power vacuum had been created, thus making the situation chaotic.

The UN couldn’t do much to restore normality as too much damage had been incurred. The UN withdrew in 1995 leaving an already unstable Somalia to deal with itself.

For two decades after 1991, Somalia existed without a national government. The country was governed by several local authorities in Somaliland and Puntland, but these were not recognized internationally. Constant war depleted the nation of its resources. The famine that lasted from 2010 to 2012 killed more than 2 million people. People were reduced to bags of bones. Violence became ubiquitous. Children were recruited into warring camps and handed weapons. In the absence of contraception, women bore more than 5 children who barely lived beyond the age of 10. Diseases like hepatitis and rabies were rampant.

With the advent of the Al Shabaab and it being linked to the Al-Qaeda, terrorism became one of the key exports of this poverty ridden country. Islamic extremists, tribal factions and military forces from Somalia and abroad were at constant battle. The key traders near the horn of Africa were constantly harassed by the now feared Somalian pirates.

So what does the future look like for Somalia? In the last couple of years, war-torn Somalia has been making attempts to regain normalcy.

According to the UN Secretary-General in Somalia, “The country in the past two-three years has come together quite significantly. It is both politically stable and developed as well.”

However, the situation is far from idyllic. The recovery process is proving to be both challenging and tedious. What remains of the Al-Shabab, may prove to be precarious to the progress of the country. Even though it has been ousted, it is still active. Attacks by these extremist insurgents may have reduced, but are far from inexistence.

Additionally, the threat of the ISIS looms in the background. Problems to be dealt with remain aplenty and resources few.

Despite the impending parliamentary and presidential elections, peace and prosperity in Somalia at this juncture seems like a far-fetched dream.

Surge Pricing In Transport Further Adding To The Crisis

State Of Health Emergency In Peru After Oil Spills Leaks...