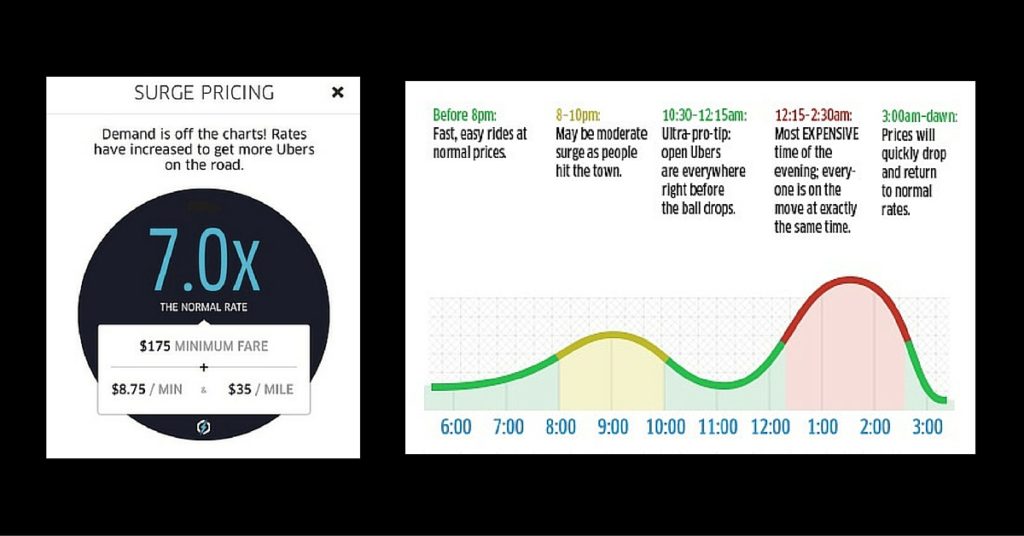 Surge Pricing In Transport Further Adding To The Crisis

As Haryana faced the wrath of agitators, during the recent Jat agitation, commuters from the neighboring cities also faced huge problems.

With a complete shutdown in the region, passersby from states like Rajasthan, Punjab and Delhi were also left stranded. Trains were cancelled, buses were sent back mid-route, cabs companies refused to take passengers through Haryana, and even army convoys were detained.

Nearly 700 trains were cancelled and the only mode of transport left to the convenience of people was to travel by air. However, the exuberant air prices did nothing for the relief of people instead only aggravated their chaos.

Even though air carriers like Spice Jet, Jet Airways and Air India, among others, operated some extra flights as there was a huge load of passengers, they didn’t really help the people at large. Normally the airfare between Delhi and Chandigarh is between Rs 3000-5000, but during the agitation, it was increased to Rs 20,000-25,000. Private airlines reported an increase of almost 15-20 times than normal.

There were many passengers who had to catch international flights and had to be present in Delhi to do so at all costs. Airlines made a full profit out of the urgency of such commuters.

In a statement given by union minister, Mahesh Sharma, he revealed that some travel portals were exhibiting fares as high as Rs 89,000 for a flight from Delhi to Chandigarh. On further being questioned about the sky-rocketing prices, Sharma said that all the carriers responded positively to the Civil Aviation Ministry’s request for additional flights with Air India even keeping its ticket prices below Rs 4,000, however since globally air fares are not regulated, the government can only request and suggest domestic airlines to keep fares low in a crisis situation.

During the November 2015, Paris attacks, the international cab service Uber too came under harsh criticism for business tactics like surge pricing. There were rumors of the cab service charging 400% the regular fee, after some people took to social networking sites like twitter. However, Gareth Mead, an Uber official, denied this terming it a rumor.

This was not the first time for Uber to be accused of price surging. In 2012, there was a tremendous increase in pricing by Uber in New York City during the Hurricane Sandy, leaving its riders highly unhappy.

In addition, Uber also initialized surge pricing during a hostage situation in Sydney, Australia way back 2014. It reportedly billed its users four times the usual rate. Though the company apologized later, they tried to explain the phenomena of demand and supply, stating, “Uber’s pricing algorithm automatically detects situations of high demand and low supply and hikes the price in increments, depending on the scale of the shortage. Those higher prices are supposed to make drivers more likely to bite, putting more Uber cars on the road when they’re most needed.”

There is always an economic reason behind such incidents of price surging, which can bring in great revenue for transport companies.

But where does one draw the line?

In today’s day and age, where the world is becoming smaller and smaller through communication, business and trade; transport companies, be it air carriers, railways or cab services are only here to grow. As in the case of most air carriers and cab services, there is hardly any public or government intervention. Being a part of the private sector, these services are simply governed by market forces.

With no law in place, the only way to challenge incidents of surge pricing during crisis situations are on moral grounds, which only result in an apology from these profit houses once the crisis is over. The dynamics of demand and supply are simple in a business, but in the case of a crisis like a riot, agitation, flood etc., there needs to be some form of moral policing.

This contrast of transport companies not only causes inconvenience to public but can also be life threatening for those who cannot afford such high prices in extreme situations.

A good lesson can be learned by Ola, in the case of Chennai floods, when they started a free boat service in the city to help solve the crisis. These boats were equipped with food, water and umbrellas and were made available to the people in need.

Transport services are liable to its customers. They are responsible for their safety and well-being and ensuring that they reach their destination on time. They also have another liability which is of sensitivity. Sensitivity and mindfulness towards its riders.

No matter what the situation, this must never be forgotten. It should, in fact, be taken even seriously during a crisis.

Cover image showing Surge pricing represents when during a snowstorm in the New York, Uber riders not only had to pay a seven-fold (7x) increase in the rates per mile, but also abide by a $175 minimum. That means customers could be charged $175 for a ride that lasted a mile or two as quoted in The Verge.

One World Map Shows All The Battles Fought In The...

World’s Most Failed State: What Does The Future Look Like...