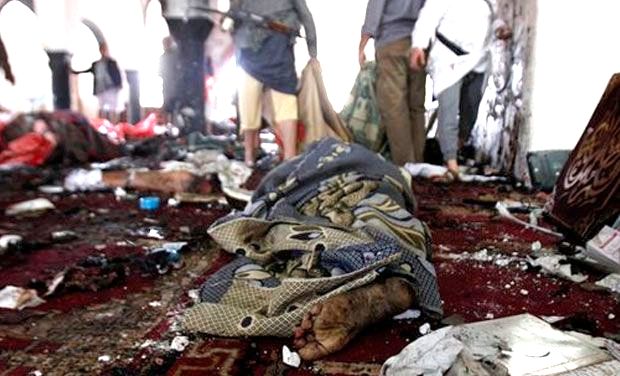 The year 1993 means differently to each individual. I back then, was a one-year-old toddler. Today, 22 years later, I write about an event that changed the face of Bombay – The 1993 Bombay serial blasts.

12th March 1993, was a fateful day for Mumbai, then known as Bombay. The city faced a series of blasts that not only shook its foundation but also inhibited a new kind of fear in the minds of many.

Bombay was going through a series of unsettling events since the early 90’s. Regular Hindu-Muslim fights erupted on the slightest pretext leading to violence and destruction. The demolition of the Babri Masjid in Ayodhya, which led to the killing of a large number of Muslims, is speculated to be the immediate cause of the later Bombay serial blasts.

The first bomb went off at 1:30 pm in the basement of the Mumbai Stock Exchange building, second at the Mandvi Branch Corporation Bank, followed by a series of 13 such bomb blasts exploding throughout Mumbai in a span of approximately three hours.

More than 300 people were killed and around 700 plus were injured in these blasts. This was a ‘first of its kind’ serial bombing to have ever taken place in the world, and it shook the foundation of Mumbai.

The D-company, an underworld criminal organization headed by Dawood Ibrahim, was credited to be the mastermind of these attacks. Dawood Ibrahim, after the 1993 blasts, became India’s most wanted criminal. He was accused of heading an illegal empire across India and of maintaining close links with terrorist organizations like Al-Qaeda and LeT. Dawood notoriously dominated the D-company, at the time of the blasts, with Chhota Rajan and Chhota Shakeel by his side.

Interestingly, after the blasts, turmoil broke in his organization causing it to split. The right-hand man, Chhota Rajan, broke away from the gang claiming to be unaware of the blasts. Along with him, he took away Hindu leaders to later form a Hindu dominated gang. This led to a communal divide within the D-company. This was later followed by a gang war between the two, which continues till date.

Another version of the above story came out when the CBI found information regarding the involvement of Chota Rajan in the blasts. It was later reported that Rajan had felt sidelined by the sudden emergence of Chhota Shakeel and was insecure of his position. He used the 1993 blasts as a way to get out of the situation. He later tried to prove his former stand of innocence by killing the terrorists involved in the bombing.

The blasts were followed by intense investigation along with multiple arrests. The arrested suspects were tried under the TADA court (Terrorist & Disruptive Activities act). Out of the multiple arrested, one hundred of them were found guilty. They were convicted and later imprisoned by Justice PD Kode. The TADA court was lapsed in 1995 due to its increasing unpopularity.

Even though the police made a major progress in arresting the accused members of the Memon family, the main conspirators, Dawood Ibrahim and Tiger Memon, are still absconding.

The members of the Memon family first fled to Dubai and later to Pakistan after the attacks. They were finally arrested by the CBI on their return to India in 1994. Four members of the family were found guilty and were subsequently imprisoned.

Yakub Memon, the brother of accused Tiger Memon, was kept in custody from the time he was arrested in 1994. He was thoroughly interrogated and later on found guilty for assisting Tiger and Ayub Memon in the attacks. He was accused of financing the attacks, arranging vehicles for planting the bomb and also sending youth to Pakistan for the training of arms and ammunition. Yakub Memon was sentenced to death in July 2007 and was finally hanged on 30 July 2015.

The other brothers of the Memon family, namely Isa and Yusuf, were charged and found guilty for allowing conspiracy meetings to be held at their homes and also for the storage of arms and explosives. Both the accused have been sentenced for life.

The last member of the Memon family to be imprisoned was Rubina Memon. She was accused and found guilty of transporting explosives and was given a life sentence.

Strangely the conspirators and accused list did not end at the underworld criminals but extended to Bollywood as well. An unexpected addition to the list was actor Sanjay Dutt.

The police was reportedly informed that the actor was in possession of illegal arms. According to the reports, Dawood Ibrahim had sent a part of the consignment, which consisted of arms and ammunition, to the actor’s house.

Sanjay Dutt later confessed to the possession but claims that he was unaware of the plan and had received the arms for the protection of his family. Three AK-56 assault rifles, 9 Magazines, 450 cartridges, a 9mm pistol and over 20 hand grenades were delivered to the actor. Most of these were returned and destroyed barring the AK-56, which later was confiscated from his house. He was finally convicted and sentenced to a five-year imprisonment.

With the recent arrest of Chhota Rajan in Bali, the Police is expecting a breakthrough in the hunt for Dawood who, till date, is absconding and out of reach.

The man, who terrorized the beautiful city of Mumbai and scarred the innocent for life, is still running free, leaving the thirst for justice unquenched.