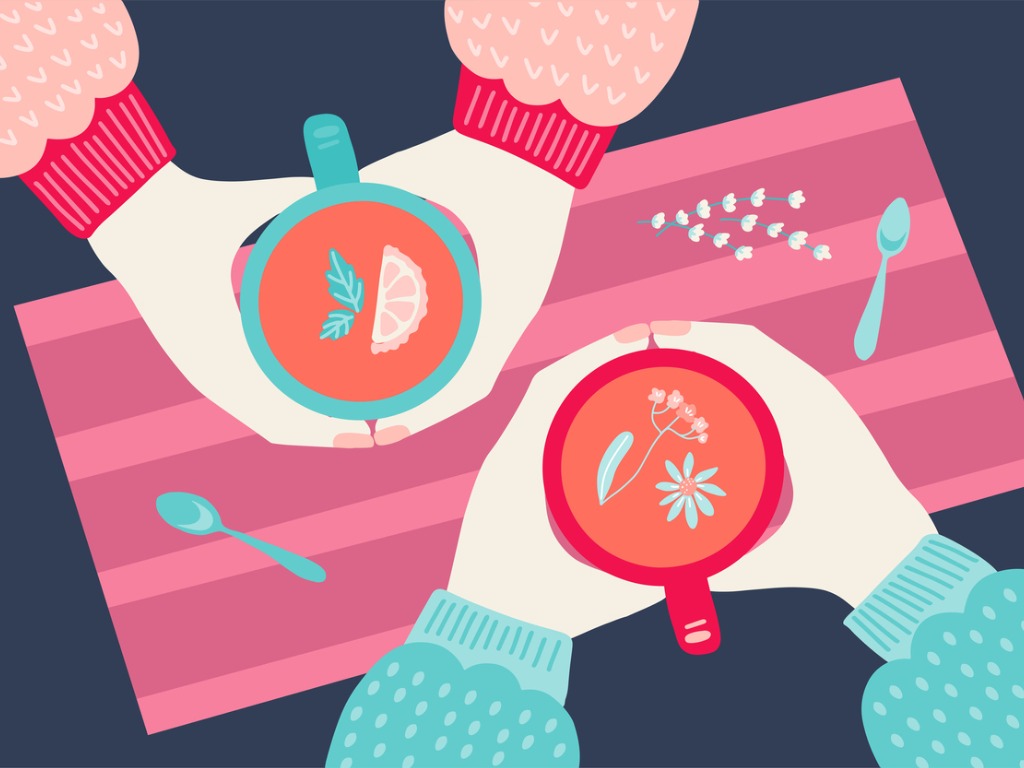 “Pop quiz!” I say, startling my poor colleague, who is also my friend, “What’s the difference between ceremonial matcha and culinary matcha?”

My friend, who was stocking the new orders of sweetened rice flour, turns around to glare at me, and I am shamelessly grinning at her. She rolls her eyes, “You can’t remember it yourself, do you?”

She rolls her eyes again, but I can see the smile tugging at the corner of her lips. “Ceremonial matcha is supposed to be drunk straight away while the culinary grade is mixed with other stuff so you can make stuff with it, like those matcha petit fours everyone likes.”

“Full points! You will get a matcha petit four for this!”

I pull out two small, bite-sized cakes coloured a soothing green. I also put down a Kyusu pot filled with green leaf tea. She narrows her eyes, “You were planning this?”

I whine, “Oh, come on! The cafe is closed and we deserve a break, don’t we? Today was insane.”

She chuckles and follows me to a table. As we sit, she says, “Well, exams are over, all the young kids are feeling love in the air.”

She laughs and I chuckle along. We enjoy our snack break at eleven in the night in silence. I look around the small cafe I have been running with my friend for a year, and it feels surreal that we managed to come this far. I mutter, somewhat in awe and disbelief, “Can you believe it will be another year in a few months of, of all this?”

My friend has a small smile on her face when she says, “I really can’t. Can you imagine where we would be if we didn’t go off to Tokyo years ago?”

I chuckle, “We should really give Shalu a call one of these days.”

There were the three of us from primary school to forever: me, Shalu and Rinku. We went to different colleges and then to different cities (Shalu left for another country), but our bond remained unbreakable. From whining eight-year-olds to the mature, independent women we all became, it was quite a journey.

At one point in time, Rinku and I found ourselves in the same city for work. She helped me find a modest apartment, and soon, we would spend Friday nights at bars, trash-talking clients and bosses. It was merely stress relief, but soon, we started to realise we were reaching the burnout stage. A video call with Shalu one day would spark something in us.

Shalu, having moved to Tokyo, was now married happily to a native. Her husband, Ryo was a nice man and worked as a photographer. Both of them invited me and Rinku for a visit. Now, the only international trip I ever took was to Thailand, and Rinku can say she only ever went to Nepal. The thought of visiting Japan made for a good plan, and we decided to go. We had pending leaves, and both of us had enough in our bank account to get ourselves a round trip to Japan. We knew food and accommodation were covered—Ryo had his own house.

So, on a fateful day in April, Rinku and I packed our bags and left for Tokyo. Rinku did not know anything about Japan, and I only knew of the country through their [excellent] horror movies. Even with a guidebook, we knew we were running high chances of getting lost.

And that is exactly what happened.

But before that, let me reminisce about the Gojou residence. Actually called a Minka, Ryo’s house has been in the family for generations. It was neither too small nor too vast, just the right size for a family of four. It did have ample garden space, and Shalu was thriving as a novice gardener. There were tatami mat flooring, sliding shoji doors, and wooden engawa verandas. And since we were right in the middle of cherry blossom season, the one tree in the neighbourhood would often drop their clouds of petals in the courtyard. It was like I had travelled to another dimension.

One fine morning, Rinku and I decided to walk around on our own. Ryo had shown us around before, and we were confident we could handle it. Shalu told us to call if we needed but we waved her off (I think she knew we would get lost nevertheless—after all, she knew despite how smart we are, together we are plenty stupid).

We took to the streets Ryo had shown us, and we believed we were going the right way. Then, we made one wrong turn—I told her that’s not the right way and she refused to listen to me—we ended up on a narrow alley that had older buildings. I got angry, and we had a mini spat. We both called Shalu, and she told us to stay put. But we could not amble on the promenade, so we decided to wait it out at a nearby store.

It was a Chashitsu, or a teahouse, of sorts. It was small but it was cosy, and the smell of brewing green tea leaves was nice, very soothing. Rinku and I almost forgot our fight and sheepishly took seats. The old lady serving us tea spoke not a lick of English, and our Japanese was broken at best since we used the Google Translate app. Her husband, thankfully, joined us, and he knew a bit of English. Since we were the only customers at that hour and he realised we were tourists, he decided to pay us his undivided attention.

He picked out matcha for us, showing us how to wet the brush before whisking the tea. The Kyusu teapot he pulled out was older than him apparently, and we could smell the years of tea on the clay. Everything felt so personal, so homey that we forgot that Shalu was looking for us.

She did find us, but for some strange reason, Rinku and I kept returning to the chashitsu. We were in Tokyo for another week, and we visited the kind Japanese couple every afternoon. The pace inside the shop, the smiles on their faces at a job-well-done, and the joy of serving ignited something in the both of us. There was a part inside us that wanted to have a life like this; slowed down where we find the purpose of our lives in teapots instead of in excel sheets.

We would return to Tokyo much later when the idea of opening our version of chashitsu started to take shape. And now, here we are, some more time later, sitting in our teahouse day in, day out.