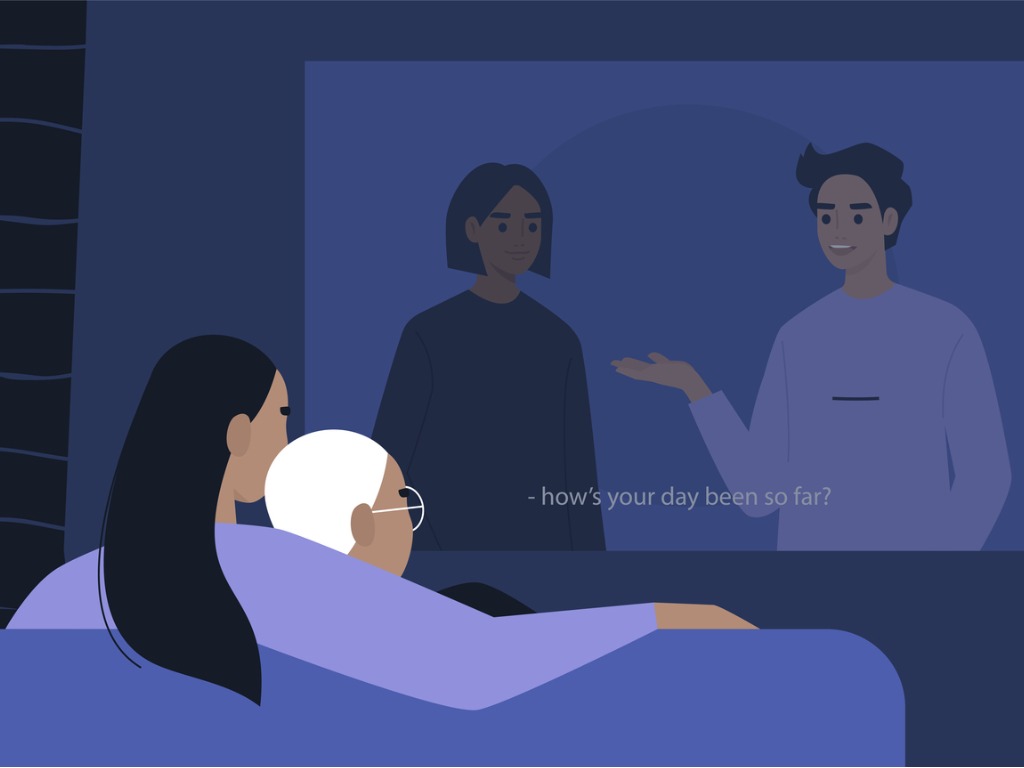 A few weeks ago, while eating lunch with my family, I saw my father in an animated mood. He was watching a movie on Netflix, and he remarked that it was an impressive “Hindi action film” set in Bangladesh. He was halfway through the movie, and was planning to complete it after lunch.

“What’s the name of the movie?” I asked him.

“I don’t remember,” he remarked. “I found it while browsing Netflix. Something beginning with ‘E’.”

I kept wondering which movie he was talking about. No contemporary Hindi film crew has ever gone and shot in Bangladesh, which is bizarre considering Nepal and Sri Lanka have never been off-limits as shooting locations. And yet, my father, who has been flipping through Netflix’s exhaustive collection of titles in the action genre, had stumbled upon a Hindi movie shot in Bangladesh. Unless…

“Is the name of the movie Extraction?” I asked.

“Yes, yes. It has someone named Chris in it.”

In short, my father ended up watching a substantial part of one of Netflix’s most high-profile English titles in Hindi, oblivious to the fact that the platform has added support for audio in Hindi, Tamil and Telugu. The interesting thing was that he didn’t think it was strange.

Last year, when the noted Korean director Bong Joon-Ho remarked at the Golden Globes award ceremony, “Once you overcome the 1-inch-tall barrier of subtitles, you will be introduced to so many more amazing films,” he probably didn’t consider the fact that there are large audiences who fervently wait for dubbed versions of their favourite shows and films over subtitles.

One of the unintended consequences of reviewing shows and movies of OTT platforms every week is getting a ringside view of public sentiment on social media. Audiences wait with bated breath every Friday for whatever OTT platforms have to offer. At last count, there are now more than 60 OTT platforms operating in India that offer content in various languages. Though the quality of content in most of them may leave much to be desired, the platforms invest heavily in the technology behind the platforms, seeing as India’s internet-savvy population is largely mobile-based. And two features of such platforms that have assumed importance today are closed captions or subtitles, and audio support for other languages, or dubs.

In June this year, fans of the Amazon Prime Video series The Family Man were in for a shock when they found that the second season was released only in Hindi, without any audio support for Tamil or Telugu. The backlash that followed was deafening. Angry netizens went on the rampage, posting and tweeting about how global platforms such as Netflix and Amazon Prime Video only prefer Hindi to other languages, and how they need to understand “local sentiments”.

The phenomenon of subtitles is nothing new. For people growing up in the 1980s and 1990s, Doordarshan, India’s state-owned broadcaster, used to telecast films in Hindi and various non-Hindi languages with English (and occasionally even Hindi) subtitles. It was fascinating to watch cinema by various noted directors—from Adoor Gopalakrishnan to Mani Kaul to Jahnu Barua—and this was a boon for ardent cinephiles who could not otherwise travel to film festivals being held in big cities. But this was still a niche, as most people were not comfortable with reading subtitles. Hence, occasionally, these same films would be dubbed in Hindi for a wider audience and broadcast on the DD1 channel (now DD National).

I have a funny anecdote about this. As a kid growing up in the 1990s, Sundays meant relief from homework and studies. I’d tune to DD1, and watch the animated series The Jungle Book and Denver, The Last Dinosaur….in Hindi. In fact, for a long time, like every other kid growing up in India, I thought Denver’s name was “Daanu”, thanks to Vishal Bhardwaj’s catchy title song. To my innocent mind, it never felt as if I was watching these “cartoons” in Hindi—it always seemed as if they were made in Hindi.

One of my favourite movies under the “cinema” block being broadcast by Doordarshan was a film that featured a middle-aged man on crutches, his nephew, crocodiles, and the Andaman and Nicobar Islands. I remember being curious about why the actors on screen spoke in a weird way, where their lip movements never matched the words coming out of their mouths. However, I didn’t care much for it then because I was excited to see the Andamans—a place I’ve never been to. It was only years later that I realised I had been watching a dubbed version of the late Tapan Sinha’s 1979 Bengali film Sabuj Dwiper Raja.

In college, I got introduced to the world cinema, and spent my days looking up torrents of the classics by Wong Kar-Wai and Ingmar Bergman. It didn’t matter what the quality of the print was, but my overall movie-watching experience was elevated with the presence of subtitles. I started understanding there’s a world beyond Hindi cinema, where unconventional stories were preferred, and stars were made based on their performances, and not always their box-office pull.

One of the boons of the streaming age has been the ready availability of a range of titles, straddling various genres and regions, at the click of a mouse or the tap of a screen.

Getting to the heart of the big “sub-versus-dub” debate in India is no easy task. It requires a clear, prescient understanding of various factors that are always in play. In our country, whether people acknowledge it or not, every little aspect of popular culture is intrinsically tied to politics. And the issue of language is very thorny indeed.

Let’s go back to 1965. There were full-blown riots in Tamil Nadu that year, in protest against making Hindi the official language of the country. The situation was so dire that the Indian government had to amend the Official Languages Act of 1967 in order to make both Hindi and English the official languages of India. As an aside, this entire fiasco also ensured that a national political party never came to power in Tamil Nadu after that.

In India, language is not just a means for people to express themselves, but also a major part of their identity. The fact that multiple languages are flourishing in India since Independence renders all attempts at the imposition of a single language futile. And when identity and linguistic pride evoke lots of emotions, can popular culture be left behind?

However, the rise of “dubbed” cinephilia is a more complex phenomenon to explain. If I am being unbiased and objective here, a number of people have various issues with reading subtitles on screen. Either they complain the subtitles are too fast to keep up with the on-screen happenings, or they don’t understand English subtitles, or—as a more likely reason—they get chastened by the sound of another language on screen. The first reason is a myth, as has been very clearly demonstrated in a 2018 paper by Agnieszka Szarkowska and Olivia Gerber-Moron. The second and third reasons, though, can be construed as valid reasons, considering not just the limited levels of English education in India, but also a preference for content in native languages.

With the rise of the multiplex-friendly films post-2001, Hindi cinema has been inching slowly and slowly towards a scenario where the masala entertainers of yore were becoming a distant memory. However, since 2010, the arrival of dubbed versions of South Indian blockbuster films in Hindi on satellite television has actually breathed new life into the genre.

One of the most prolific players in this journey has been Goldmines Telefilms. The production company and distributor has become an astute judge of the commercial potential of a film originating in one of the south Indian film industries in the Hindi market, with a Youtube channel that streams these movies for free to over 57 million subscribers, a free-to-air television channel, Dhinchaak, that airs these same movies to rural India, and selling the first-telecast rights to various broadcasters such as Star India, Sony Pictures India Networks and others.

What Goldmines and others have accomplished, thanks to these moves, is that they have widened the reach of the Tamil, Telugu, Kannada and Malayalam film industries in the pan-Indian consciousness. Various actors from these four industries are now some of the most sought-after performers. The humongous success of the Baahubali and K.G.F. franchises are a product of this farsightedness, with their Hindi dubbed versions becoming huge commercial hits in theatres.

Times have changed drastically in the last two years. With OTT platforms becoming the entertainment of choice for an increasing number of users, these platforms have had to adapt to a reality where a film must have audio support in various languages, as well as English subtitles. Tamil and Telugu audios are almost always added to Hindi titles, as these two languages command the most commercially favourable demographics for OTT platforms, and increasingly Malayalam is also making its presence felt.

However, OTT platforms are slowly increasing the number of languages they support. Disney+ Hotstar, for instance, has been streaming all its originals in at least seven languages, including Marathi and Bengali as well. Hoichoi, a platform that specializes in Bengali content, has been dubbing all its originals into Hindi and streaming them on MX Player, and even Lionsgate Play has been dubbing select Hollywood titles into Bhojpuri as well.

There’s no clear answer to the sub-versus-dub debate. If you ask me, I’ll always prefer subtitles over dubs. I prefer to watch actors mouth their own lines, regardless of the language, because the emotion packed into their dialogue delivery is not something that can be replicated easily in someone else’s voice. I have no objection to reading text on screen if it helps me connect with the film more. However, other people might not have the same idea, and for them, language might be everything while watching a film.

The good news is that, once you move past the acrimony about dubs and subtitles, all you see is an audience having a great time discussing the thrills and merits of a film from any geography. And if a film can establish an emotional connect with you, does language really matter?

An entire generation of Americans has no idea how easy...