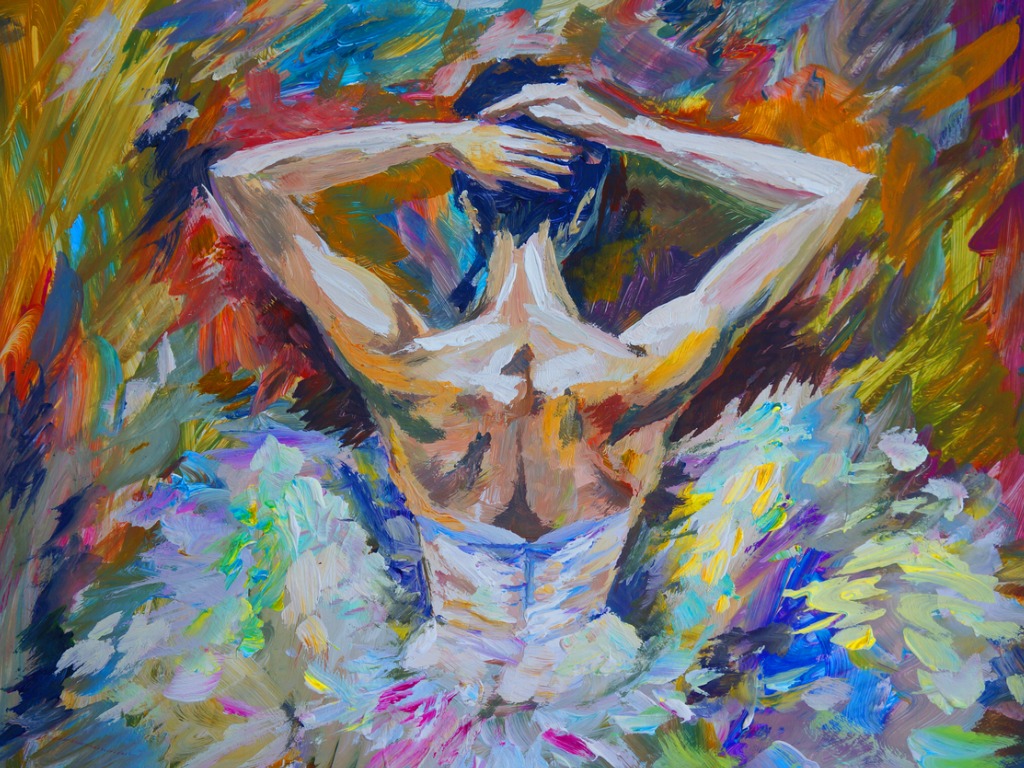 “Hey, is that you, our Lyka?” a man says, draped under the smokey light of the streetlamp right outside the restaurant I am supposed to be inside.

“If it isn’t our Hamlet,” I smile and close the distance between us.

I recognise him, even though he has put on some extra kilos, which looks good on him, and his hair is no longer a curtain around his face. My heart picks up pace, and it’s surprising to me. It has been years, after all. I notice the glowing stick in his fingers and shake my head, “Still smoking?”

“You don’t get to judge!” he acts all affronted, “You finished all of my cigarettes!”

I roll my eyes, “Ancient history, Rahul. I quit like eight years ago.”

I raise my eyebrows, “That’s like a tiger trying to go vegan.”

He lightly shoves me and I laugh. It’s nice to know this collegemate of mine hasn’t changed much. He finishes his cigarette, and we head inside. We are met with more and more friends, and I already feel giddy with excitement. Even though I didn’t end up with a job that would make my college degree make sense, there was one thing about my college days that I still look back to with much fondness: the drama club. And tonight was the much-awaited drama club reunion.

All twenty of us managed this, and it only took a decade. I see all the familiar faces. Some had put weight, some had lost it, along with their hairlines. I hear how distinct and varied everyone’s careers have been; only five of us managed to actually stick to acting and they were doing well. One even had a successful web series in their resume! So, of course, some teasing started.

“Oh gosh,” Angie squeals, “I should have brought my autograph book!”

The star among us, Harsh, tries to throw a tissue at her, “Shut up. I see your face more on social media than I do of mine.”

I laugh, “That’s what you get for being a famous designer!”

Angie flushes a little but she quickly collects herself and narrows her eyes at him, “At least I don’t have my name in a list of Absolutely Delicious Actors You Should Be Following.”

Harsh palms his face, and he looks like he might want to just put his head on the table instead. We all laugh at his misery. The first round of drinks and food arrives, and we begin reminiscing.

Someone mentions, “Hey, remember when Rahul had to go down to the principal’s office?”

Rahul cries out, “Oh come on! Why do we need to remember that?”

Another one pipes in, “Because you kicked the ceiling!”

Rahul reminds, “Because you all threw me up too high. And the old geezer targeted me because I shouldn’t have panicked.”

We break into more laughter. It was a funny incident, alright. We were practising some play where Rahul’s character would be carried on our shoulders and we would throw him up in the air thrice. On the very first try, we heaved him a bit too high, and one of his legs hit the plastered ceiling and a huge chunk of it came down with him. Thankfully, no one was hurt, but our teacher was furious and decided to punish Rahul.

“Oh god, remember when Nisha forgot her shoes in Romeo and Juliet?” someone points, and I immediately turn to glare at them.

Harsh adds, “Oh yes! She was barefoot for the whole play but somehow ended up in giant sparkly pink pumps with platform heels during the wedding!”

Rahul is hunched over laughing at my expense. I throw my balled up, spoiled tissue at him, and he squawks in indignation, but he’s still grinning when he asks me, “Where did you even get those shoes from?”

The Benvolio of that play, Mahesh, slaps the table, “Ah, I think it was one of my classmates! She heard Nisha complain backstage about walking on the dirty stage and offered her shoes.”

“And you wore that monstrosity?”

I hide my increasingly warming face behind my wine glass as I mutter, “She was insisting, and I couldn’t say no.”

Angie turns on Mahesh, “Remember all the time you had to manhandle Rahul, our Romeo? Because of the height difference, you would nearly lift Rahul off the floor?”

Rahul chuckles, “Can you imagine it? There I was, trying to look all angry and Mahesh just picks me up?”

We are all wheezing at the memory. It was quite a spectacle. Mahesh was the tallest in our club, standing at six feet four and Rahul is still a five feet nine. Every time Romeo had to be held back, our Benvolio would simply lift him off the floor. I remember the audience giggling at those scenes. At least, everyone enjoyed that unexpected bit of comedy…and my sparkly pink shoes.

As we share more memories and laugh about them, choking on our food and spilling our drink, my eyes travel over the table and land on Rahul, who is strangely quiet and watching everything with hooded eyes and a small, fond smile on his lips. I guess he feels the same as I do—these pals that we spent four wonderful years with are still such goofballs despite the station of their lives. He feels my gaze on him, and I smile, jerking my head towards the smoking area.

Back when he played Romeo to my Juliet, there were moments when I wondered if there were things more than friendship between us. I know he hasn’t married yet and neither have I, so when we are alone and he lights a cigarette, I ask him, “Hey, what was that poem about? The one you gave me before the play.”

His eyes widen but his smile takes on a rakish quality, “You remember that?”

“Of course, I do. Sonnet forty-three, just the last four lines, but I recognised it just the same.”

“Right, the Shakespeare nerd that you are.”

I pinch his arm, and he yelps. I relish his pain before poking at the spot I hurt him, “What the heck was that about, hmm?”

To my surprise, he turns an alarming shade of red and he coughs as he exhales smoke. “Nothing, nothing, I was uh, ju-just trying to get into character.”

I narrow my eyes. I lean forward and curl my fingers around his bicep. “Listen, you clown, I still have your number. I will text you soon and we will go for dinner one of these Saturdays.”

He looks somewhere torn between astonishment and mortification, but he smiles, scratching his nape as he says, “Okay, alright. We can do that.”

“Good.” Loud, boisterous laughter reaches the smoking area, and I say, “Let’s go back to those fools.”

As I turn to leave, he grabs my wrist and squeezes lightly. He is grinning widely and so am I.