﻿ Anupam Varma Covid tied me up in shackles, and a bicycle broke me free June 1, 2021 https://www.nakedtruth.in/wp-content/uploads/2021/06/Covid-and-cycling.jpg 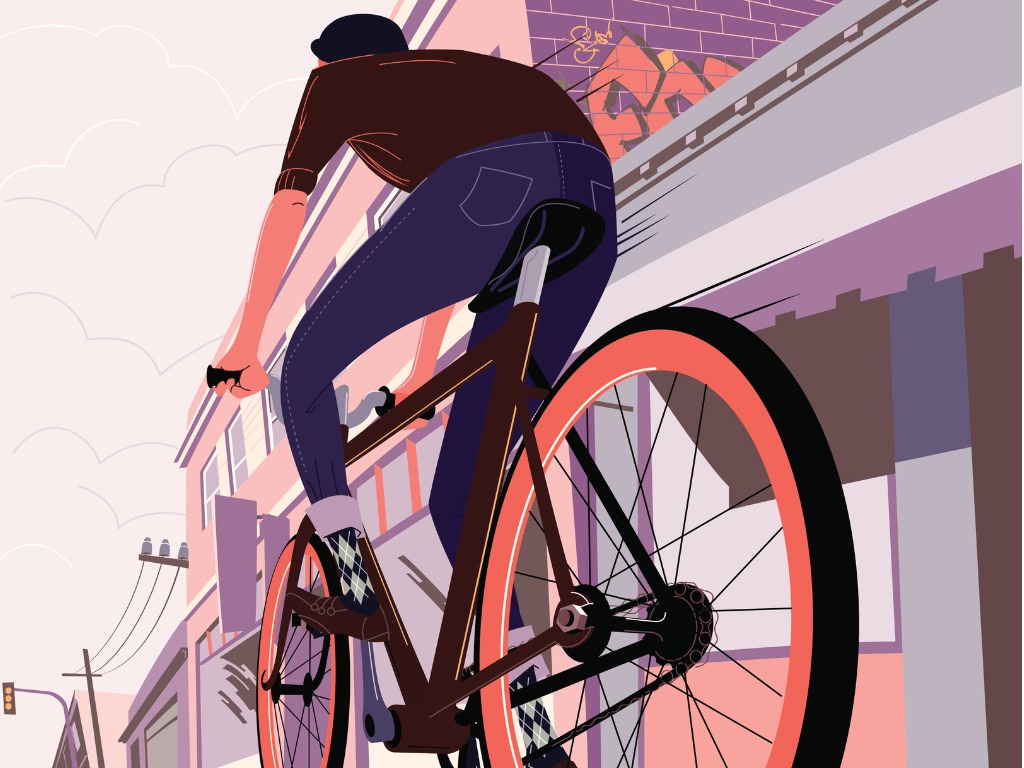 Covid tied me up in shackles, and a bicycle broke me free

It felt like being tied to the bed, the energy slowly dripping out of me, while I sank into the mattress. I could feel my tongue and throat dry up as the fever went up to 102 degree Celsius.

Drenched and stinking with repeated spells of sweating as the fever broke, I finally managed to prop myself up on one elbow and grabbed a glass of water. I could barely swallow. It tasted metallic.

I don’t know how I got the infection. Two days before returning from Delhi, my wife and I got our Covid-19 PCR tests done. We both tested negative. Then, at Dubai airport, we got tested again. The result was negative. After a three-day quarantine at home, I joined office on a Tuesday. I was fine the whole week until Friday evening. That’s when the cold started. It was just the sniffles. Nothing out of the ordinary. My condition remained the same until Sunday morning. I went to the office, and my cautious colleagues immediately sent me back home.

Driving back, I felt a little tired, sleepy. Returning home, I played with the children and then fell asleep. It was still daytime. My wife ran her hand over my forehead when I told her I wasn’t well. I was burning up, she told me. The thermometer showed 102 deg C.

I am fine, I told her, as I walked to the kitchen for a paracetamol. The water tastes funny, I told her. It is fine, she replied as she took a sip. Not thinking much about it for the rest of the day, we both went to bed early. I couldn’t have contracted Covid-19, we reasoned, as we had just tested negative, that too twice. It had to be something else, another viral infection.

I could barely sleep that night, and broke into spells of intense sweating repeatedly. Early next morning, I sniffed my baby’s diaper out of habit, in case she needed a change. There was no smell, not the slightest. That’s when I realised it could very well be Covid-19.

Sitting at the table, typing away at the laptop, I felt the chills again, and then intense sweating. Seconds later, my head was down on the table, the wood and cushion dripping with sweat. Without wasting any time, I went to the doctor. My wife wanted to accompany me, but there was no one to watch the kids. So I walked alone.

Sitting 6 feet away from the doctor, I explained my symptoms in great detail as he listened. He kept nodding his head as I went on, and said that he would prescribe me some medicines. Next, the sister took a swab and a blood test. The result was confirmed the next morning. It was Covid-19.

We began to prepare a room for my isolation, but there was no point. The same evening my wife was also diagnosed with Covid-19.

Both of us couldn’t possibly isolate ourselves. There was no one to look after the children. We could no longer let anyone else into our house, and we could not send the children anywhere. They had already been exposed to the virus, so there was every chance of them spreading the illness to others.

We spoke to their doctor and explained the situation. Watch for high fever and cough, he warned us, and stay away from their faces. That was tough, especially when you have a 10-month old baby in the house. But there was no alternative. With masks and gloves on, my wife soldiered on, taking care of the three of us. Her symptoms were thankfully not as intense as mine.

It would have been extremely tough to win this fight without the support of our neighbours—they deserve a special mention. Twice a day, they would keep food at our doorstep, ring the bell, and step out of sight by the time we opened the door. The food was always warm, ample, and—as luck would have it—tasteless for someone infected with Covid. They brought us juice and fruits countless times. It showed us that we were cared for. It kept us, in a way, connected to them. It was like the old times, when the neighbour always came first, sometimes even before family, friends and relatives.

The symptoms went away in stages. The fever was the first to go away. Taste and smell returned somewhat after 10 days. The diarrhoea, however, lasted a good three weeks.

My throat and lungs appeared to have been spared the onslaught. The doctor had done well to prescribe medicines specifically for that.

My only worry was shallow breathing. I used to have tremendous lung capacity. Until last winter, I was running 10-12 km three times a week. Before that, I would swim for an hour every second day. During peak pandemic, I would simply walk or run up and down stairs. A non-smoker, I believed my lungs would be spared. But there was a niggle. With every deep breath I took, I felt a bubble would pop in my chest. I held my breath and timed it. I could barely hold it for 20 seconds. That was a sharp drop from my usual 80 seconds, which I have done several times while taking underwater laps in the pool.

I told myself this was just a post-Covid symptom, and would go away. My oxygen levels were good, so I wasn’t really panicking.

Thankfully, all the symptoms vanished by the twentieth day.

Now it was time to get back on track. That was going to be another challenge. I knew I could not physically exert myself. So I took it slowly. The small walks continued for a week. That was a good progress from the peak stage of my infection, where I couldn’t even walk briskly without feeling faint, or bend to tie my shoelaces without resisting the urge to lie down.

Around 30 days after the infection, we decided to get the side wheels removed from my daughter’s bicycle. She was now old enough to learn one of the most common balancing skills known to almost everyone.

We took it slow the first day. I walked beside her, holding the seat, while she tried to get her balance right. A few minutes later, her brain rewired itself, and she was able to keep the handlebar straight and sit upright. Now was the time to increase the speed. I jogged as I pushed her. The lungs filled up nice and deep. The heartbeat didn’t skyrocket. I got tired fairly quickly, though. But it wasn’t the exhaustion I had felt while I was sick. It was just a momentary break the body needed. Minutes later I was back, running next to her, occasionally leaving the seat as the bike wobbled a little, before grabbing onto the seat again. Our breaks kept getting shorter, the sweating reduced.

Two days later, I jogged a good one kilometre next to her, while she rode her bike without any support, negotiating pedestrians and bumps with ease. My body was quickly shining the rust away.

That evening, as my daughter and I stood on the balcony, I told her I was proud of her for learning to ride the bike. She looked at me, smiled and said: “I am happy you were running alongside, papa.”