﻿ Roopa Raveendran-Menon Pandemic had not come alone. Infodemic came with it April 22, 2021 https://www.nakedtruth.in/wp-content/uploads/2021/04/Pandemic-had-not-come-alone.jpg 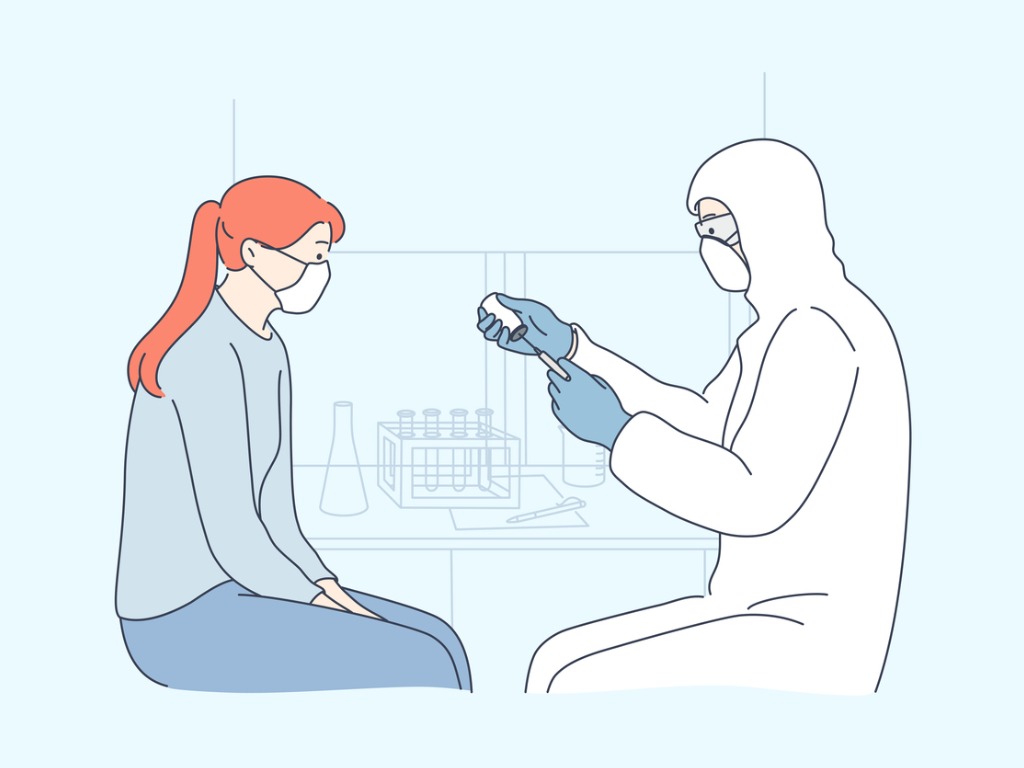 Whether to get vaccinated or not, was never really a weighty question for me. I never really pondered over it. It was almost always something that needed to be done. After all, what else could be an option? Then the pandemic came and disrupted our world and vaccination seemed like the only way out of this whirlpool. So, I, like billions around the world, waited. And last December, our collective prayers were answered.

Top minds and researchers in the field of medicine and pharmaceuticals came together, moved mountains, and ensured the availability of glass vials containing the vaccine doses to protect everyone from coronavirus. All we had to do was to climb aboard the vaccination bandwagon to get it as per the regulations, so we could return to our new normalcy.

It seemed easy. It seemed simple. The sad truth was that it was neither. Just as I thought I was about to see a glimpse of the proverbial light at the end of the deadly tunnel of the virus, there we were knee-deep in a new form of the epidemic: infodemic. The pandemic had not come alone, it had also brought with it its newfound ally.

A phenomenon that was ironically reported by the WHO team when they noticed a rise in misinformation and theories surrounding the COVID-19 virus. Some of these theories were wildly bizarre. Like 5G wireless technology being the cause of it and the pandemic being a cover for a plan by Bill Gates to implant trackable microchips inside vaccines. There were other strange and alarmist ones, too.

I remember the massive glut of WhatsApp messages spooling into my phone day after day; each of them spewing mostly theories that only exacerbated my anxiety and irritation. All the while, I couldn’t help but wonder about the role of digital media in this enormous mountain of misinformation that only seemed to soar.

According to a recently published paper, the COVID-19 pandemic has shown the critical impact of this new information environment, and how information dissemination can wield a strong influence on people’s behaviour and change the effectiveness of the countermeasures adopted by governments. What is dangerous is not just how social media platforms can often provide direct access to an unprecedented amount of content, and amplify rumours and questionable information, but also how they are able to consider the online users’ preferences and attitudes and use these algorithms to manipulate content promotion. In a way, doesn’t this shift from the traditional news paradigm deeply impact the construction of social perceptions and the framing of our narratives?

Today, social and digital media have provided a platform where users are able to not only acquire information adhering to their worldviews, but also to form polarized groups around their shared narratives. In a lot of cases, when the polarization is this high, then the chances for misinformation only rise. Studies have also pointed out that fake news and inaccurate information tend to spread faster and wider than fact-based news. Alarming? Yes, absolutely. Especially during these times of uncertainty when all of us are feeling particularly vulnerable.

As the information surrounding COVID-19 spread to the vaccinations and spawned a brand-new reel of controversies, I became edgy, and for the first time, I found myself doubting whether I should even take the vaccination dose. All my earlier accepted wisdom of vaccination had started to dissolve. And there I was with a cloud of unanswered questions hanging over me. Were they giving us all the information we need about the vaccines? Was there some information that they were withholding from us?

And, just like that, I was veering towards becoming a borderline ‘anti-vaxxer.’ For those who are unfamiliar with this terminology, anti-vaxxers are people who are opposed to vaccination. This was an odd and uncomfortable position for me, but what I realised as I crawled down the rabbit hole of anti-vaccination literature was that I was not alone. Vaccines have been upheld as being among the major accomplishments of the 20th century, but not everyone subscribes to this. As long as there have been vaccines, so long there have been people who objected to them.

We can date back this refusal to take vaccinations to the early 1800s when the smallpox vaccine started being used in large numbers. The notion of injecting someone with a part of a cowpox blister to protect them from smallpox generated a lot of criticism, on the grounds of sanitary, religious, and political reasons. Later, in the 1970s, the DTP vaccine met with a wave of opposition when it was linked to neurological disorders, but studies found that those risks were very low.

As I delved into the subject of vaccination resistance, I discovered more and more reasons other than religious and political ones, and some of these turned out to be entirely medically unsubstantiated. For instance, there has been a belief that diseases have disappeared due to better hygiene and not vaccinations, a claim that has been proven false with the resurgence of previously eradicated infectious diseases.

Parents cite many medical dangers, including autism, as potential effects of being vaccinated. The MMR vaccine, which is used to prevent measles, mumps, and rubella, has been a bone of contention for many parents, despite multiple studies and research showing that the MMR vaccine does not cause autism.

Then, there have been instances where resistance to vaccines seems to develop from a mistrust of science, or mistrust of the government. Some people strongly believe that pharmaceutical companies want to sell a product irrespective of the harmful results. Scepticism related to the chemicals used in the vaccines, and stringent laws requiring children to be vaccinated to attend schools has also compounded their vaccination objection. The rise in preference for natural treatments has also added to the rise in the number of anti-vaxxers.

For me, however, what set the alarm bells ringing was the impact of these baseless theories on our collective health and wellness. Unfortunately, what many people don’t realise is that the decision to not to vaccinate themself or their children doesn’t just affect them alone. A large number of people declining vaccines has also led to the return of infectious diseases in areas where they had been earlier eradicated.

As per the reports, Measles was declared eradicated in the United States. However, in 2014, over 600 cases were reported, and research revealed that the cause behind the resurgence of this deadly disease was due to parents refusing to vaccinate their children. Similarly, was the surge in reported cases of whooping cough, again attributed to the lack of vaccinations.

These disturbing outcomes only brought up some painful questions: have our personal security and preferences trumped our thought for the collective good? Were the vaccine-hesitants the missing puzzle in ending a pandemic? Or whether developing a safe and effective vaccine was enough? Or is the real battle to encourage people to actually get it?

Wading through all the narratives of the anti-vaxxers, I found myself recognising one key commonality—in the end, what every anti-vaxxer wanted most was to be heard and their concerns addressed. For me, personally, that has been a make-or-break factor in my vaccination journey which I have successfully completed with the administration of both doses of the COVID vaccine. What this journey has eventually taught me is that the answer to those who hesitate to take vaccines is in not only understanding different mindsets and adapting to them, but also, in spending more time educating people about these vaccines and dispelling myths surrounding them.

Flying to Delhi in pandemic, I return home a rich...