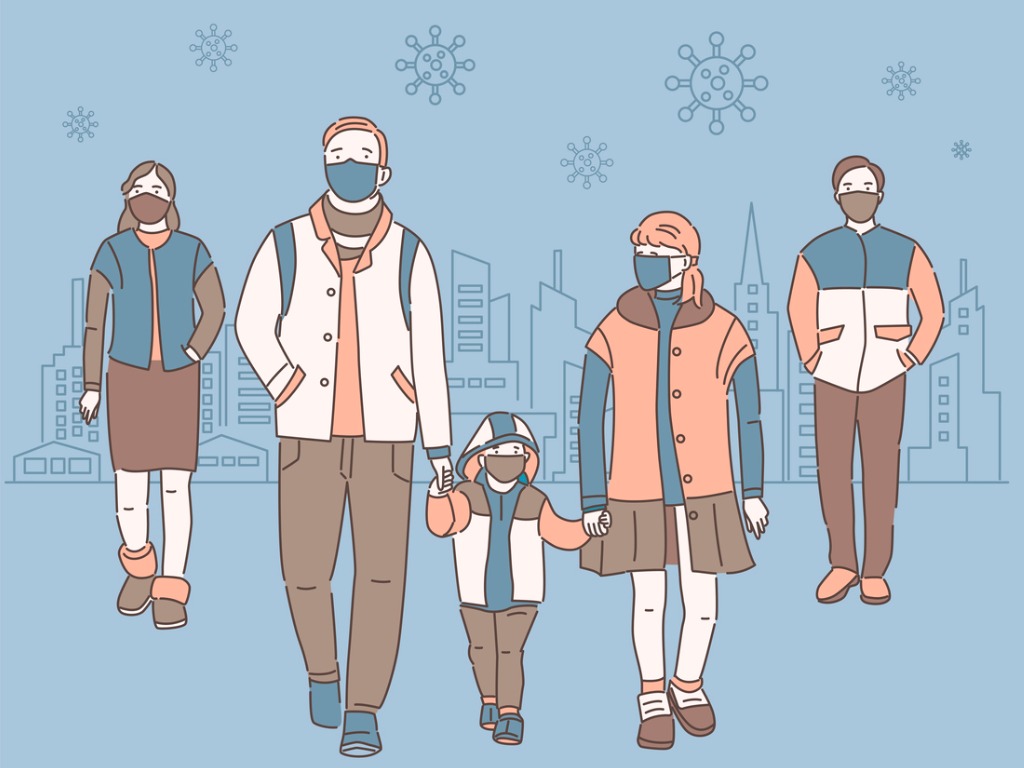 Flying to Delhi in pandemic, I return home a rich father

I could only hear sniffles and a bit of coughing when I got the first call. “Hello, hello,” I said repeatedly into the phone as I tried to make sense of the situation from the background noise. A moment later, everyone burst into laughter. My caller was still not audible, so I hung up, now content that all was well.

Moments later the phone rang again. The caller, my wife, was still not over the crying spell, but was also laughing while she tried to speak to me over the cacophony. My younger one, just eight months old then, was intrigued by her great-grandmother’s wrinkles. She looked straight into her eyes as she sat in her lap. Then, slowly, raised her tiny fingers and explored the lines on her face.

Frail bodies, little or no memories, a toothless grin, a helping hand always next to them, should they lose their balance. They were generations apart, yet so similar. Nani had tears in her eyes as she held the little one for the first time, and everyone wept in unison. It was the moment that told me that travelling with two small children from Dubai to Delhi during the pandemic, the hassle of getting Covid-19 tests done, wearing face shields for the entire flight, rubbing the hands dry and lifeless with sanitisers during the flight — it all seemed worth it. A memory had been made, etched into our minds forever.

We couldn’t travel together. My wife and children travelled two weeks ahead of me. I could only manage three weeks of leave, and there is no way such a short time was going to be enough for them to meet everyone, especially now that they would be seeing each other after nearly 20 months.

Even for someone like me who easily gets bored after just 10 days of vacation, this trip proved to be too short and quick. Time just flew by.

The trip was a life lesson we all needed. Beyond the madness of the urban life, the supposed thrill of material possessions, the isolated lives in a bustling city where everyone is fighting for a foothold in the rush to climb the ladder, the ultimate satisfaction came from seeing a woman in her 90s embrace a baby, touch her skin, look into her eyes, say a silent prayer. None of my four grandparents could meet my children. Thankfully, my wife’s nani and dadi are still around to shower their blessings on them, and perhaps a few life lessons.

The joy of the children demanding their great-grandparents’ attention and vice-versa, sharing a meal from the same plate, the girls intently listening to stories of times when there were only trees and rarely any tall buildings – those were the moments that made me feel the vacation should never have ended. In the blink of an eye, three weeks had vanished.

Beyond the madness of the urban life, the supposed thrill of material possessions, the isolated lives in a bustling city where everyone is fighting for a foothold in the rush to climb the ladder, the ultimate satisfaction came from seeing a woman in her 90s embrace a baby, touch her skin, look into her eyes, say a silent prayer.

On the day of the flight home, the heart sank with the weight of emptiness. We hugged our goodbyes and walked towards the car, all of us aware that perhaps our daughters would be meeting their great-grandparents for the last time. They grow old and weak with each passing day, barely feel like eating, don’t take their medicines on time, and have stopped being as active as they used to.

This is one reason we try to fly to Delhi at least twice a year. It was an expensive affair for a family of three – and now four – but all that money saved fades in comparison to another precious moment shared with our elders.

It’s the same reason my wife and I, barely a year or two into the marriage, had booked tickets for an impromptu trip to my grandfather’s house halfway across the country. It’s the same reason my wife made it a point to develop photographs and keep them safely in an album even though most of the content is anyway stored digitally. It’s why most of the outdoor plans were shelved during this particular trip, so that the children and great-grandparents could enjoy the moments together.

Relationships fostered by today’s generation are unlike the ones developed by the generation before. When there were no mobile phones, and only few landlines, we would draw birthday cards and write letters for our cousins and other relatives across the country. After peeling open the letters and inspecting the stamp carefully, we would read the letter over and over, before finally keeping it in a folder, in a drawer, with several other letters and postcards. Months later, in a moment of nostalgia, those letters and cards would come out of the drawer again. How many of us do that today? Revisit old emails? Check old WhatsApp messages? None.

How many of us have gone out for an evening walk, taken a detour, and landed at a friend’s or relative’s place for a quick cup of tea? I remember our evening strolls and drives with our parents. We wouldn’t call anyone in advance. We’d always land up. We were always welcome. At our place, too, we had guests and neighbours over several times a month. Barely anyone would call. We can’t think of doing something like that today. Why bother someone with a face to face visit at all, isn’t it, when so much more can be achieved in that potentially wasted time?

As my colleague put it, there’s a richness that comes with nurturing relationships, a richness that not everyone is blessed with. It’s a richness that you may not be directly part of, but it fulfils you nonetheless when you see how a small step can bring happiness to someone else. That richness, she rightly said, fills the heart with joy, more than anything else ever could. Sometimes it’s just the simplicity of thoughts and actions that make the deepest impact. A gesture for others, even if they are your family members, adds greater value over any gift you could have bought by swiping your card.

Are you ready for the marriage?