﻿ Usri Basistha Are we practising virtual mobocracy in the name of cancel culture? November 24, 2020 https://www.nakedtruth.in/wp-content/uploads/2020/11/Cancel-Culture-and-Virtual-Mobocracy.jpg 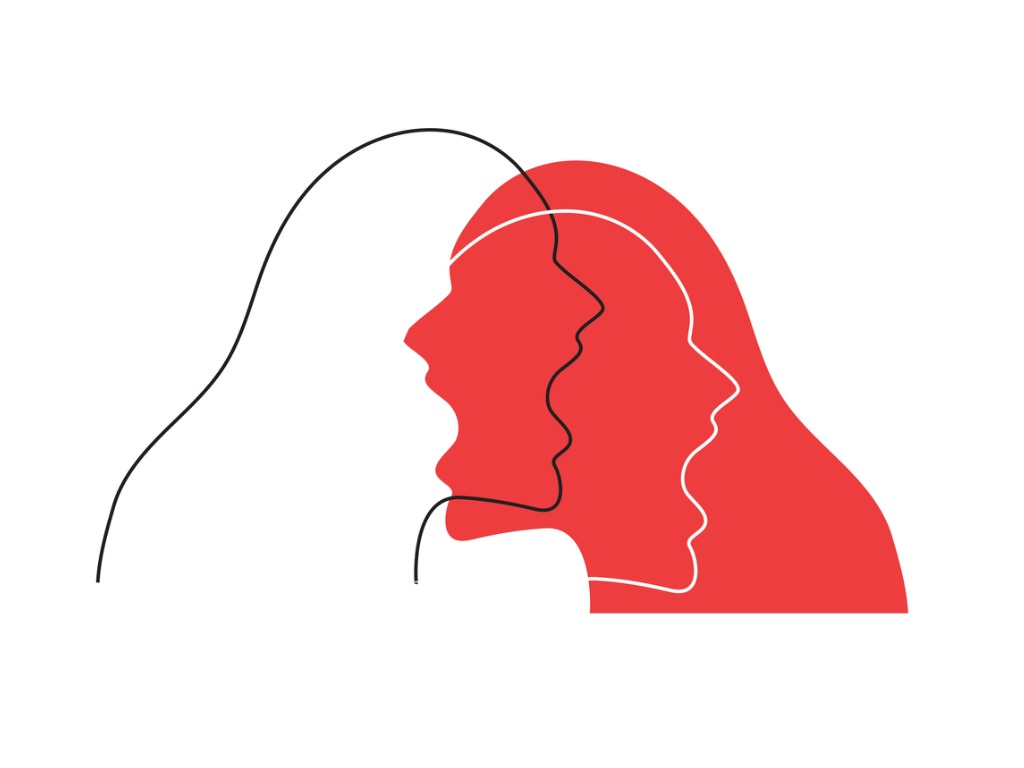 Are we practising virtual mobocracy in the name of cancel culture?

This has been a dark year, consistently pumping out bad news. Which is why we held our festive bubbles of light closer. The literal festival of lights, Diwali, has just concluded. As state governments went about issuing safety protocols, festivals too have had a slightly quiet tenor this year. Be that as it may but one thing remained unchanged: ad campaigns.

As the pandemic sunk its teeth everywhere, consumers became very selective. People went out to buy only the very essential goods, or concentrated more on buying sanitation products, like face masks, disinfectants and sanitizers. Therefore, the companies stepped up their game too. They tried to push their products with innovative advertisements.

One such campaign was an innocuous-looking ad by Tanishq that came out last month. About a loving mother-in-law throwing her daughter-in-law a baby shower. However, it was pulled down quickly from all platforms given a huge uproar on social media. Said uproar was due to the ad showing an interfaith marriage. A Hindu girl married into a Muslim family. Detractors said the commercial should be cancelled—given our fragile understanding of sanskriti—and it was. But is this what cancel culture was originally envisioned to do?

The first time I came across the cancel hashtag was in a humorous meme. Fast-forward a few years and “cancel culture” takes up a huge chunk of discourse on social media now. “I would define cancel culture as an act of public shaming that’s based on either something that is perceived or substantiated a social transgression of some kind that hasn’t been adequately addressed through traditional channels. So things like racism, misogyny, ableism, transphobia…,” explains Dr Tina Sikka, Lecturer of Media and Culture, Newcastle University.

At the outset, the idea is not novel. Human civilization has functioned on the dual stilts of shame and fear to enforce law and order. The story of the disgraced loser being black-faced and paraded on a donkey across town is a familiar strain that remains constant across cultures. Social censure has always been a huge motivation for people to toe the line and not question the law of the land.

This is where cancel culture—aka call-out culture—brought in a lively twist. Instead of furthering the use of fear and shame to champion regressive ideas, cancel culture became an online avenue to call out people for exactly the opposite. The cancel hashtag was born as a virtual colloquialism in the threads of black Twitterati, to highlight embarrassing celebrity gaffes.

Eventually, it shot up from its humble roots to helm online movements like MeToo, BlackLivesMatter. No one was above the purview of this movement. From bringing a behemoth like Harvey Weinstein to book for his numerous sexual misconducts, to even calling out apparently woke icons like Ellen Degeneres—for a toxic work culture at her show—and J.K. Rowling—for her transphobic tweets—cancel culture became a tool for reform and constructive change.

Now that we have counted its wins, we cannot forget that cancel culture still operates on the underlying precept of shame. Shame is a powerful emotion that has shaped human civilization as we know it. It has helped human society to stamp out divergent behaviours. The fear of being shunned from their communities made our ancestors adhere to rules and regulations. Take, for instance, the role shame played in building the first rudimentary families, by ruling out incest or killing one’s own kins as shameful acts.

Shame may have been a guiding force in setting down the first laws of social contract, but over the ages, it has become a tool for the oppressors. In modern society, it is the reason behind parochial laws and bad mental hygiene.

Dr Brené Brown, American qualitative researcher who has done extensive work on the topic of shame, puts it simply, “Shame is the fear of disconnection—it’s the fear that something we’ve done or failed to do, an ideal that we’ve not lived up to, or a goal that we’ve not accomplished makes us unworthy of connection.”

In other words, anyone who has ever deviated from the norm deserves to be alienated or pushed to the margins. This belief is precisely how racism, misogyny, homophobia, ableism or transphobia have survived and thrived across the millennia. Skin colour, gender identity, sexual preference, everything had to be in conformity with the mainstream mores, or else one risked being branded a pariah.

Where there is an opportunity to exploit hidden shame, there will be bullies. Throughout the annals of history, the powerful bullied dissenting voices into submission. Mellisa Kirk writes, “Shame, in whatever form it takes, is a way to control the other person by using their deeply ingrained need for connection to threaten them with disconnection. It’s genius. And nefarious.”

Bullying is woven into the very fabric of our society. Be it casual sexism, or casteism, or even the odd ‘good-willed’ college ragging, most of us have either bullied or been bullied. It comes as no surprise that Indian netizens seem to have taken to the bullying part of cancel culture with unparalleled enthusiasm.

Take, for example, the recent trial of actress Rhea Chakraborty. Her trial and judicial custody coupled with the incessant media glare has been deemed by several as unfair. Yet the ordeal lasted for months. As it drew steam from her constant vilification at the hands of online trolls, who were apparently cancelling her for being a gold-digger. Or take the calls to boycott films like “Gunjan Saxena” or “Sadak 2” after the nepotism debate was given a new lease of life after the untimely and unexpected demise of the actor, Sushant Singh Rajput.

Films are a collaborative medium, and as I have mentioned in a previous article, banning an entire film for the apparent demerits of one person is an unjust move. So, where do we draw the line between cancel culture and virtual mobocracy?

This is where a little bird called ‘context’ comes real handy. Begin asking simple questions. Who are we cancelling? And for what? When someone like Weinstein is indicted due to being called out online, it looks like accountability for his actions. But when a Rhea Chakraborty is subjected to a literal witch hunt, based on unsubstantiated claims, it borders on harassment. In fact, a clique of people from the Hindi film industry started a counter online movement with a ‘smash the patriarchy’ hashtag—a reference to a T-shirt Rhea had worn to one of her hearings.

Conversely, trying to take the moral high road in cancelling someone can be a diversionary tactic from issues closer to home ground. As was the case, when Indian celebrities were called out for supporting the BlackLivesMatter movement unfolding in the US while paying no heed to the caste brutalities being practiced in their own country. Such selective participation in cancel culture can often reek of performative gimmicks.

Ergo, we need to probe our intentions behind cancelling someone. Are we just jumping on a bandwagon to appear relevant online? Or have we sincerely identified a grave injustice we want to lend our voice to?

Our society is still informed by a lot of regressive conditioning. Rampant misogyny, casteism, homophobia, transphobia float around the Indian twitter-verse or other social media platforms. If left unchecked, the toxic masculinity that is still a palpable undercurrent of our society will take every deviation from the norm as an occasion to cancel it.

“People are so offended, especially when a woman is vulnerable or outspoken in public. We go out of our way to silence her. They can’t take us out and kill us anymore so they discredit us, so they kill our reputation, they kill our credibility,” observes Jameela Jamil, actor and activist in an interview.

When we rush to cancel someone we often belie our inherent worldview. Are we equating someone with a gold-digger just because of their gender? Is calling someone a black magic practicing witch an acceptable argument? Should not marriage be based on the consent of two adults instead of what religions they practice?

In the hands of empty rhetoric, cancel culture can become a dangerous tool of suppressing debate and progress. It then morphs back to its pernicious roots of public shaming. The kind that led to witches being burnt at stakes in the West, or Dalits and lower caste people living in segregation for centuries in our country. This tendency becomes even clearer when you consider how several of the people named during the second wave of MeToo in India are now walking scot-free, whereas the ones who called them out are still viewed with suspicion and held at arms’ length.

Recently I watched a Vitamin Stree video that pointed out the virtual act of cancelling others can give us a sense of control. Having a sense of control is a commodity that has become really scarce in these pandemic times. It lets us feel like we have a say in whose voice is heard and whose is drowned. It is easy to get carried away.

However, we have to practice cancel culture with a pinch of caution and context. Cancelling someone for the sake of cancelling is more often than not counterproductive. It turns our outrage into that of an angry online mob trying to shame someone without rhyme or reason.

After all, we cannot forget that our posts and tweets carry with them the same accountability, for the apparent lack of which we want to cancel someone.

Living in a village unheard of