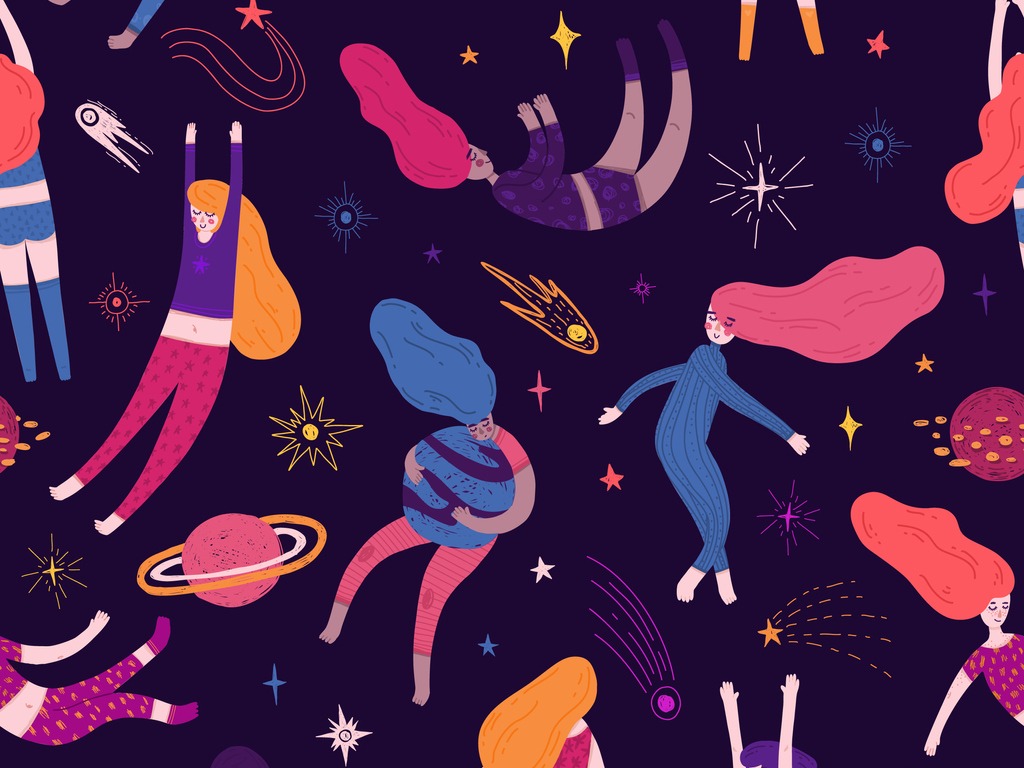 Another Pride month has gone by, leaving us with a mixed bag of feelings, not quite pride in there. While corporates and brands adhere to the rote routine of soaking all their logos or advertising in the rainbow colours of Pride, circumstances continue to grow bleaker than usual this year.

Indeed there have been moments when it felt like the defiant resilience of the LGBTQIA movement is being stonewalled by the oppression of regressive systems and ideas. From the police violence against Black trans people in various parts of USA during George Floyd protests, to precarious conditions of our trans communities under lockdown in India, to one of our most-loved cultural icons, J.K. Rowling, turning out as a transphobic person.

Now, it is one thing surviving and somewhat expecting the endemic trans and homophobia of governments helmed largely by cisgender heterosexual men, but it is frankly disappointing when the author whose entire name you took pride in memorising—Joanne Kathleen Rowling, if my memory serves right—as a twelve year old, lets you down so spectacularly. The sheer heartbreak one feels would be similar to the intensity of finding out your favourite aunt actually has called you a Mudblood—if you are not a Potterhead, it is considered a most pejorative slur, equal to the N-word or Feminazi in its purport—behind your back.

The revelation of the favourite aunt turning out to be a covert Death-eater—supporters of Voldemort—turns your world topsy-turvy. Is your whole childhood a lie now? Are the ideals of ‘turning on the light’ and ‘owning who you are’ that the novels made us look up to and helped all of us—whatever our quirks—feel included, mere fabrications, or do they still exist in a magical realm where the profane opinions of the said aunt cannot reach it?

Ironically, I share a common experience with a lot of my queer friends where our differentness made us find solace in the universe of Harry Potter. I, for one, waited till roughly about sixteen, to receive my letter from Hogwarts, and when it did not arrive, I was convinced it was sent out but then got misplaced somewhere in the long flight by a weary owl—judge me after you have lived with decades of internalised homophobia and didn’t even know it!

So, coming back to the villainous aunt, or Rowling, should we grieve our childhoods, let go of our innate belief in the magical power of love conquering all and move on? Or is there a way we can separate the art from the artist? A liminal space where we can salvage our relationship with the art but sever ties with the artist?

I have been pondering this question, on and off, for quite a few years. When the #MeToo movement first gained credence in India during its first wave in 2017, I had come across an article where Shannon Lee questions something similar vis-à-vis the life of Pablo Picasso, which questions this phenomenon of shying away from calling out a big name in the world of art and entertainment.

I had often come across mentions of the genius of Picasso the most renowned artistic figure from the twentieth century but nowhere had I found a mention of his extremely abusive treatment of his ‘Muses’, who were mostly his wives and mistresses, the emotional strain of which is believed to have caused two of them— Marie-Thérèse Walter and Jacqueline Roque—to die of suicide later. It was not important for people to be aware of apparently, because his ‘art’ was the only thing that mattered.

People who feel uncomfortable calling out artists with a major and critically recognised oeuvre—for instance, Pablo Neruda, Charles Chaplin, Roman Polanski, who have all been incidentally documented for their predatory behaviour—argue that their work will be undermined, its artistic merit will suffer along with the artist’s reputation. Lee argues if it really does, then maybe it was not a great work of art to begin with.

If my privilege tries to encroach on another’s lived experience, then we should call it for what it really is, appropriation.

If we do not educate ourselves of the artists’ worldview—besides the image they try to portray via their art—can we really say we understand the context of their art? Besides, haven’t we all heard the famous saying that ‘art is the mirror of society’; if we blindly side with an artist whose mirror is clouded with problematic judgements and behaviours, we come dangerously close to being on the wrong side of history.

There will be those, too, who want to believe in the artist’s ‘freedom of expression’—as has been the case with fans coming out in support of Rowling—but then again they have already misinterpreted the concept of ‘freedom’ in that phrase. If my privilege tries to encroach on another’s lived experience, then we should call it for what it really is, appropriation.

Art directly informs culture, and if we do not situate the artist’s misdemeanours, and instead resort to whitewashing them, it would amount to normalising their behaviour. It is exactly by glossing over such initial forms of bias with misdirected whataboutery that we create a breeding ground for toxic ideas like rape culture, transphobia, homophobia, casteism, and the list goes on.

Rowling’s position as a white cisgender heterosexual woman gives her several privileges which queer and trans people do not have, and it gets more compounded when issues of race and caste come into play. Her ‘concept of sex’ as she mentioned in one of her several barely disguised transphobic tweets excludes the painful lived experiences of millions, if not billions. Not calling out damaging statements and behaviour for what they are would be akin to being polite about pointing out why Hitler’s memoir “Mein Kampf”, whatever its literary merit, is not exactly aspirational.

Even while this much becomes clear, several of us stumble on the next step. How do we smoothly execute this breakup from a certain artiste we once loved and idolised? How does one wipe out an entire decade of hiding inside the universe of Harry Potter, and secretly identifying with the orphaned eponymous hero of the series? Or can we safely believe Roland Barthes, the literary critic who famously alluded to the author becoming an unnecessary entity when their work goes out into the world and interacts with their audience? Daniel Radcliffe’s reaction, on the website of ‘The Trevor Project’, to Rowling’s tweet may have some similar clues in this regard.

While accepting that he is learning to be a better ally to the community and pointing out Rowling’s comments as clearly regressive, he further suggests:

To all the people who now feel that their experience of the books has been tarnished or diminished, I am deeply sorry for the pain these comments have caused you. I really hope that you don’t entirely lose what was valuable in these stories to you. If these books taught you that love is the strongest force in the universe, capable of overcoming anything; if they taught you that strength is found in diversity, and that dogmatic ideas of pureness lead to the oppression of vulnerable groups; if you believe that a particular character is trans, nonbinary, or gender fluid, or that they are gay or bisexual; if you found anything in these stories that resonated with you and helped you at any time in your life — then that is between you and the book that you read, and it is sacred. And in my opinion nobody can touch that.

It rings true for me as well, while I refuse to drool over Rowling like I used to—including distancing myself from engaging with her future works—no one can take away from me that night when Dumbledore fell to his death from the Astronomy Tower in the sixth book of the series. I have not, I suspect, felt actual losses in my life like I felt bereavement then; I was a flood of tears and snot at 3 in the morning—and this was even before I knew Dumbledore was that gay icon I did not know I needed. That experience is very personal to me, and resides in a place beyond the author’s claim.

While separating the authorship of writers, painters and sculptors from their art is relatively easier, we definitely stumble across a complication when we come to the medium of film. Breaking up with a filmmaker or an actor, we should take into account the collaborative nature of filmmaking.

When it came to the controversy surrounding Kevin Spacey, I gradually made peace with the fact that the films he was in are bigger than him. My love for “American Beauty” or say “K-Pax” could continue untainted because of the story, direction and other performances as well. He was a relatively smaller cog in larger machinery.

The situation gets steadily trickier with directors, especially those who are considered auteurs. Their directorial voice is as powerful as the author’s. When someone as big as Woody Allen is in the picture, we can consider rightly that there are technicians, crew, and actors whose commercial fortunes get equally affected when we distance ourselves from Allen.

Which is why in circumstances as these, we should try to understand, whether people who worked with a filmmaker outed for their predatory behaviour, knew about their actions or were in the dark. Clearly, if people continue to work with someone after they have been called out, publicly or in private circles—as was the case between Anurag Kashyap and Vikas Bahl—they are enablers of the concerned person’s toxic behaviour, but people who had worked with them before knowledge of their actions might be given the benefit of doubt.

Another way of going about the filmmaker conundrum can be more straightforward. Downplaying the filmmaker’s presence in the project to the very minimum, as we saw with Hrithik Roshan’s “Super 30” last year or with the recent posters and trailer of “Kadakh”, where the performers, Ranveer Shorey, Cyrus Sahukar, are ostensibly being focused on instead of the director, Rajat Kapoor.

Whatever the means, the end is to foster a creative environment where our artistes can earn their place by not just the dint of their works, but by their worldview that will influence the world around them.

In a world, where circumstances are forcing us to consider the sustainability of all things rather than the glossy facade of profitability, we should assume the responsibility of phasing out exacerbating cultures without faltering. Going back to the old maxim, we deserve better than the f**kboi who reduces us to a b**ty call. In a similar strain, we should hold up our artists to equally higher standards and expect clearer mirrors where they reflect their art.