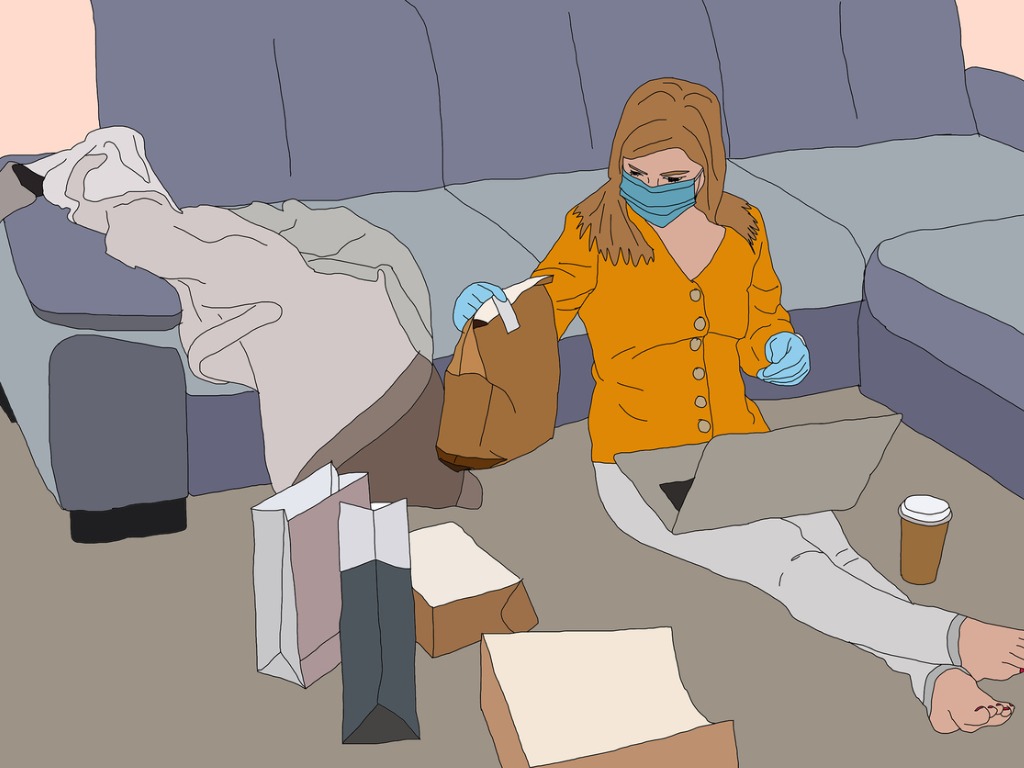 It was not unusual to find me with a mug of hot tea in one hand and a bowl of popcorn in another, watching the most recent apocalyptic movie or even re-watching some old ones on a Saturday evening. I have an unhealthy yen for apocalyptic movies, books, and literature. Over the years, I have chomped through mounds of apocalyptic material with the greed of a hungry caterpillar, without even once stopping and wondering if there was a chrysalis-like ending to this obsession.

That wasn’t even the point when I read Cormac McCarthy’s The Road—his heady prose crafting images so visceral that it has been seared into my brain. Or when I watched the wickedly funny Dr. Strangelove where Peter Sellers and Stanley Kubrick spun magic so rare that even the idea of nuclear war didn’t seem that horrific. Even movies like I am Legend, World War Z, Z for Zachariah, and A Quiet Place, among many others have quelled my fondness for doomsday movies.

But, today, as I write this—the irony of this predilection hits me hard. Especially, in the current COVID-ravaged world.

For many of us, the pandemic has swiped clean our old life. And for me, among many other things, it cleansed my reading and visual palate. Earlier this year, I completely distanced myself from all doomsday content. I turned away from anything that was even remotely apocalyptical in nature.

Months passed until one weekend last month, I found myself watching To the Lake, a Russian web series on Netflix. Eerily prescient, the series focuses on a terrifying and contagious flu that grips the city of Moscow and its aftermath. As panic and looting ravage Moscow, a band of families and neighbours join together to survive this terrible plague. While I watched the families running around helter-skelter utterly ill-equipped to handle the emergency of such alarming proportion, I began to wonder.

My mind wandered from the series to our current situation, and questions rose. It was a strange feeling, one that I had never felt before. Did we deserve what was happening to us? Were we too complacent in our own little worlds that we had not even entertained the possibilities of such disasters? Could we have done more?

In order to find my answers, I knew that I had to dig deeper, and I knew I had to look into prepping, and the role it plays in our society. Perhaps, it was time to stop scoffing at preppers and dismiss them as crazy cults with strange apocalyptic beliefs. Had the time come to take a leaf or two from this ideology?

For a lot of us, the idea of prepping is nebulous. It is either shaped by reality TV shows or alarmist cultish articles.

Prepping is defined as a practice of pre-empting and adjusting to imminent conditions of catastrophe, that range from small-time disasters to annihilation-level events. We often think of preppers as a group of bunker builders involved in creating technically sophisticated private underground communities that could survive the collapse of society, order, and also, the environment.

But prepping is so much more than that. The prepper ideology is focused on understanding the faith in adaptation had replaced the hope of mitigation. And, in order to understand this ideology better, I had to go back to the genesis of prepping, and how it evolved to become not only a necessary social practice, but also, an important one.

According to Lewis Lapham, a political commentator, the first nuclear test on July 16th, 1945 marked the beginning of a new era, an era in which humans not only discovered that they had the ability to destroy themselves, but also, the entire planet.

Lapham states that the start of the nuclear age also marked an affective increase in inveterate dread. A dread that established the possibility of extinction. Interestingly, human extinction can never be fully comprehended. Even the possibility of an annihilation contradicts our instincts which results in mass panic and apathy. That was just the beginning of prepping.

Over the years, it has melded into our everyday practices. Contrary to what a lot of anti-preppers like to believe, prepping is not based on conspiracy, but the experience. There is a distinctive difference between how prepping was looked upon earlier and the average prepper of today.

Today’s preppers come from a broad demographic range of the society, and these preppers are not prepping for an apocalyptic event, but they are simply keen to secure nutrition, hydration, shelter, security, hygiene, and medicine in the event of any forms of infrastructural breakdown. In a way, the fall of supply lines, transnational travel and trade routes, economic systems, and social order during the pandemic was among the prime examples of the kind of breakdown that preppers were anticipating and had prepared for. Contemporary prepping is not established on any fringe ideologies; it is basically built around the precautionary fears of disaster.

Fear. Dread. Anxiety. These emotions are inescapable when the discussion is around prepping. However, dread differs from anxiety in that it is about the future rather than the present, and differs from fear because it originates from danger not immediately present or even detectible.

One wonders if Kierkegaard’s 1844 “The Concept of Dread” could serve as a reference in mapping out our existential dread. He talks about how dread is a dialectical sense of foreboding about a vague object that we wish to see manifest because the possibility of its consequence could well mean the possibility of freedom.

He further goes on to discuss how we get anxious about people, objects, but with dread, we find ourselves not bound to an object, and the gap that this opens seems so fascinating in promise. Are we really alarmed and fascinated by the sweet anxiety of dread? Do we actually enjoy the act of prepping for catastrophe at some sinister level?

Today, we are all preppers, or rather, we wish we had been. Yet, we still occupy an uneasy psychic space where we are attracted and repelled at the same time to disaster preparedness. We know deep down that smirking at preppers is passé. We are less inclined to dismiss people with similar anxieties as being motivated by absurdist fantasies.

But we do have the right to be angry at people who go around stripping supermarkets and hoarding urgently needed supplies. These are not preppers. but hoarders, or worse, opportunists.

It is only fair to say that preppers are not social anomalies, but they are, in fact, doorkeepers to understanding the current human condition. In a way, they are a proof that our best shot at surviving the crises as well as preventing it lies with one another.

Prepping tells us subtly that it’s the choice to act that matters in the end. Could Kierkegaard be right after all? Can hope indeed spawn from dread?