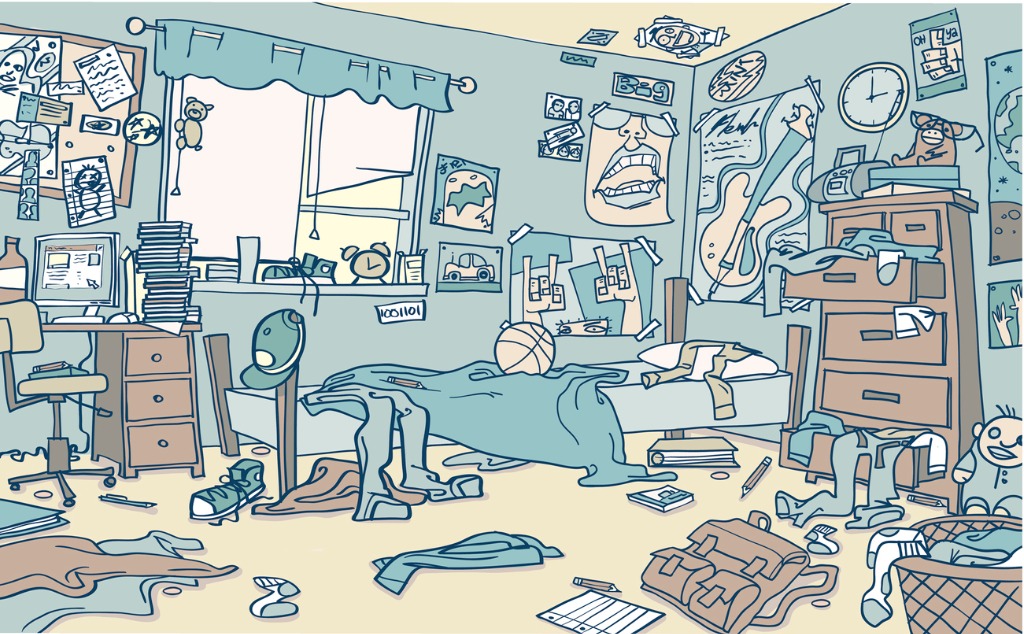 It is time for class.

I have my bath, get dressed and sit down in front of the laptop. I log in to Google Meet fifteen minutes before the scheduled start of the class, checking the audio and video settings, while simultaneously going through the messages on a WhatsApp group created for the class. For the next fifteen to twenty minutes, or maybe even half-an-hour, the index finger on my right hand keeps diligently clicking “Admit” on every person wanting to join the class.

I can’t see them—their profile pictures are too low-resolution for comfort—but I keep admitting them into the session. At the same time, I keep replying to the concerned messages on the WhatsApp group from students eager to join the class. They face network problems, or they are unable to log in for some reason. I take their email addresses, so that I can add them to the class directly.

During the class, I see my students—each one occupying their own box, their bubble, in a neat four-by-four matrix that keeps refreshing on the screen. As I teach, my eyes constantly dart from the webcam to the chat box, where students post comments. In my head, I imagine my students listening to me, nodding their heads in agreement. Sometimes my vision falls on the ever-refreshing matrix, and I see some students lying down in bed, or even trying to keep their children quiet, clutching the mics on their earphones. The notifications on the chat box keep beeping every now and then. Mercifully, I am spared the sight of anything remotely uncomfortable, unlike some unfortunate souls this week.

For every class, a Google Meet link and a Google Form link has to be circulated—the former for conducting the class; the latter for recording attendance. Twelve classes mean twelve pairs of links to be circulated on the WhatsApp group. The Google Meet links are easier to generate, but generating the attendance form requires care and time. It is when you sit down and design twelve identical forms that you truly begin to understand the importance of great UI/UX design for websites and apps. Your heart fills up with gratitude at all the numerous faceless designers and engineers who make your visits on the internet pleasant and productive.

And then you start thinking, “How do they manage to keep it all together?”

This, in a nutshell, was how I—and my colleague, who lives more than 500 kilometres away—conducted an entire schedule of classes on English literature over a period of six days a few weeks ago. We were told to organize classes, which we somehow put together sitting in our respective homes.

In normal circumstances, we would take our classes and not stick around for classes by other teachers. Here, we had to stay on the Meet for six days—over a period of four hours per day—in order to ensure that the class went uninterrupted and attendance could be recorded. Along the way, we battled connection issues and power cuts. Thankfully, there was no real-life manifestation of W.B. Yeats’ iconic line: “Things fall apart, the centre cannot hold.”

The duration of the classes may have been close to four hours a day, but the preparation time taken for each day’s schedule was much more. The Google Meet links had to be circulated to the other teachers in advance, so that they could sign in. We had to deal with students begging for their attendance to be recorded, as they could not do so due to “connectivity issues”. And these were in addition to the normal questions—what sort of questions will come for the examination, what will be the syllabus be like, and so on.

But the biggest casualties of the schedule were me and my colleague—our phones would keep ringing at odd hours, sometimes even at six in the morning, and we would have to talk to apprehensive students who may have missed out on classes, or who could not be bothered to pay attention to the various messages we circulated on the group. One by one, we had to listen to their concerns, whether awake and alert or exhausted and sleepy-eyed, and try to assuage them.

And this is how two faculty members, driven by a mix of enthusiasm, nervousness and ennui, conducted online classes for over eighty students from different parts of India, who were equally befuddled by this entire arrangement.

I have been at home for over seven months now. My sleep cycle has gone completely for a toss. I don’t even remember the last time I slept for eight hours. And since I work in distance education, I have to do a lot of things additionally and differently than a normal average English literature faculty. The students I mentioned above are all adults. Some of them are even older than me.

Time seems to have come to a standstill for me. Last year, at this time, I was grappling with a lot of stuff. I was dealing with a lot of high-pressure responsibilities at the workplace, and dealing with a lot of issues outside it. The anxiety and uncertainty of whether I was in the right career or not, coupled with the slow implosion of my relationship that reached its messy conclusion a few weeks later, meant that my mental well-being was shot to pieces. And I was in this state of mind until the lockdown happened in March.

Since then, it has been a challenge to work from home. For the first few months, a number of tasks which were urgent got delayed. My workplace had a lot of paperwork which was, well, offline. I kept on with the tasks that were assigned. But something definitely shifted.

I stopped waking up in the mornings. My need to shave every couple of days just remained a distant dream. I kept falling off to sleep in the middle of the day, and kept staying awake at night. And these patterns have continued to persist. But I have not been in want of comforts—I still get to sleep in my own bed and I eat my meals at home, instead of dining out every day.

How productive have I been? That’s a tricky question, because there is no straight way to measure productivity. Have I worked hard these past few months? Yes, I have, in spite of the fact that I have not seen my workplace in seven months, and the small problem of my body clock having fallen off the rails. I have diligently completed all tasks that were assigned to me. In fact, I have dealt with a workplace that called up once a fortnight with a new task.

I remember reading a story published here a few months ago, written by Anupam Varma, about how some of us have adjusted to the “new normal”. In October, however, the goalposts have shifted—from working from home, companies are now shifting to the “hybrid workplace” model, Microsoft being a case in point. There is no denying that the hybrid workplace is a necessary reality in 2020, however tenuous it may be. But it comes with its own share of problems, which companies are still figuring out.

If the option to work from home is really offered to everyone in the organization, who wouldn’t take it? But this approach, once taken, effectively signals the start of a decline in various factors. Perhaps the biggest casualty of such a move would be the real estate market. With companies letting go of office space and preferring to work remotely, smart offices will be all the rage. What is not included in this conversation is the psychological impact of such a move on employers and employees in various sectors.

One of the banes of working is the responsibility of each employer to keep tabs on the productivity of his or her employees. Even in the middle of a pandemic, employers have suffered from this innate fear that their employees may be shirking work. It was really convenient for them to keep surveillance on employees as long as they were working in the office. With that reality over for now, companies are searching for newer and newer ways to bring people back to offices.

For the employee, however, the logistical advantage of working from home has been massively offset by the “always-on” approach. Laptops remain on, phones keep charging, and Zoom calls can take place without warning, anytime, anywhere. Schedules belong to the past. And they must cling on to these jobs since economies have contracted and jobs ensuring a steady paycheck at the end of the month are really scarce now. But they are working harder, effectively busting the “myth of productivity” usually attributed to office spaces.

And then there’s always the moral question—in case of employee burnout, who is responsible? The company will conveniently wash its hands off the problem, citing that any untoward incident, if it takes place, happened “remotely”, and not on their premises. At the same time, they are also loathed to take any responsibility for the welfare of employees working in smart offices. In such a scenario, should an employee worry about his job and salary, or about his life?

Thus, we are now stuck in a Catch-22 situation where we are taking the aid of technology to limit human interactions and “boost” productivity, and yet we cannot do without human interactions in the physical realm in crunch situations. That’s what smart offices are about. Otherwise, the real estate market will collapse.

People now have to contend with the question of what they want from their jobs. Rather than wondering about their salary packages, they should first ask themselves what exactly are they opting for. It’s a scary and confusing future to embrace, and there’s no better time to give it some thought and look for solutions.

Or better still, organize a webinar and send me the Google Meet link. I’ll attend.