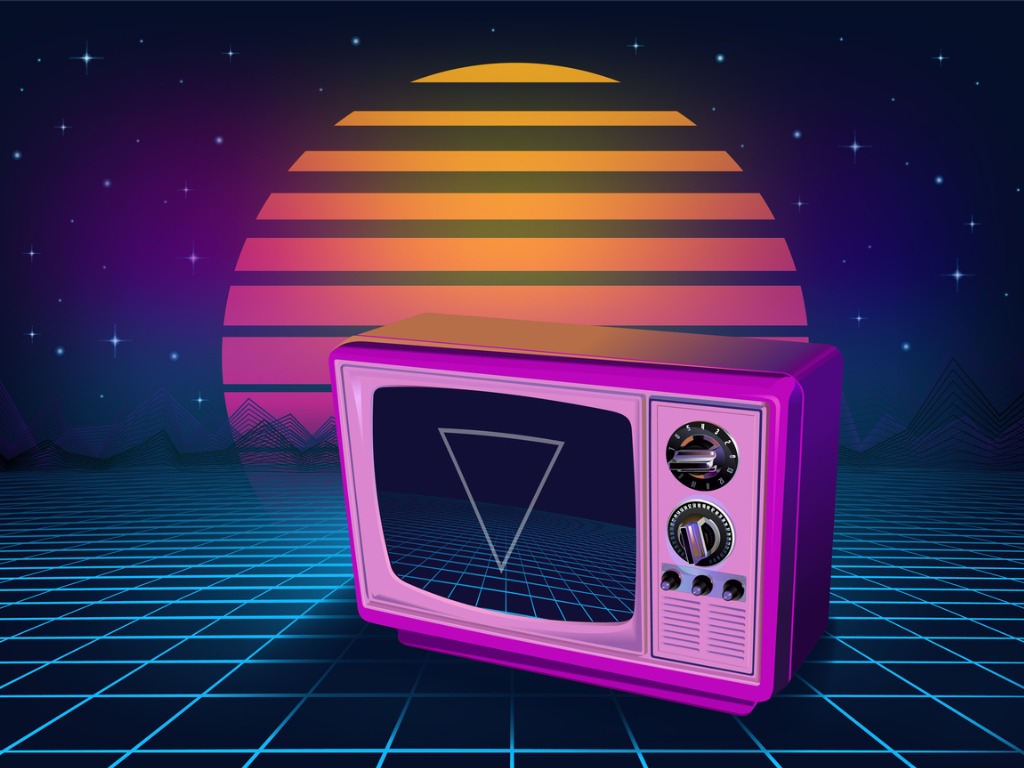 Time. I suddenly had oodles of it when the pandemic first hit our shores. As we all locked-down in our houses, my day opened up. Putting stories of my questionable time-management skills aside, let’s just say I could leisurely go about the needful chores in my day and still have the time left to spare. Now, the only thing that I needed to decide was, what to do with it.

One sparkly spring morning, having gotten up on time for a conventional breakfast, I did something particularly wild. I switched on the TV, turned on Netflix, and during the space of a meal, I saw just one episode of a new show. Half an hour later, I had pleasantly turned off the TV, not even noticing the hopeful prompt at the bottom right of my TV screen asking me if I would like to “watch next episode”. I did not, one was fine by me. The next day I did the same, and the next to next day too, until I had stretched out the series to last for a whole week.

After following this day ritual for a month, I felt the burning need to boast to my friends about this. Because my parents were pretty unfazed by my ‘wild behaviour’; to them this is the way to do things. Serially, day by day. But if you are a millennial worth your binge genes you know that you click the “Watch next episode” button almost all times. My friends were indeed scandalized. Didn’t I vow to binge at least four episodes back to back when I begged, borrowed and occasionally stole to get their passwords, to freeload on their OTT subscriptions?

The word ‘binge’ is what we millennials call a ‘mood’. A lifestyle we ease into. If you have not staggered out of an eight hour long season of a drama series, dishevelled and disoriented about what day is it, then you are certainly not worth your OTT subscriptions. I do not exaggerate, this is as much a trend now, as the selfie has been in the last decade. There is even a word for it now, “binge racing”—when you watch an entire season within 24 hours of its release. In a 2017 survey, Netflix revealed that 8.4 million of its subscribers have binge-raced to watch their favourite shows.

Of course, there is a rather grey cloud attached to this silver lining.

The very word ‘binge’ itself is associated with obsessive behavior. Psychologists and social thinkers increasingly talk about the negative effects of bingeing. To begin with, it involves the release of neurotransmitters like dopamine, that makes us feel rewarded, and can ensnare us into an addictive loop around the action causing its release. Done without moderation, it can cause people to feel alienated, depressed and fall into poor sleep hygiene.

Yet binge watchers form their own creed wearing their badge with pride and with none of the attendant shame that an Alcoholics anonymous attendee would exhibit. Brian Lobel, artist and scholar argues, “Bingeing is a word that has very negative connotations to it, right? Bingeing is to shovel yourself. We don’t say, ‘I binged a book.’ But the reality is that some of the greatest writers of our generation are writing television.”

I could not agree more with Lobel. In fact, in the last seven months of house arrest, I have dived head first into beautifully crafted narratives of novel-esque proportions, whenever things in the world outside veered close to Doomsday temperature. This happens as we tend to identify on different levels with the detailed characters and worlds inside a TV show.

Either we get transported in a world that we wish we were in, or we find a ‘perceived similarity’ with our own environment that makes us empathize with the characters on our laptop screen. Whatever the motivation, sometimes these fictional worlds can give us the space for an emotional release or insight that our otherwise choc-a-bloc schedules fail to provide.

Ergo, when this rat race simulation of life was brought to a screeching halt, several of us were tempted with visions of binge-all-you-can sessions of ‘Netflix and chill’. But this is where I must cue a line about the funniness of the human mind.

I coped with the sudden lockdown by hiding inside all the three seasons of “Stranger Things” for a week, almost doing nothing else but re-watching the episodes. But as the episodes were done with, my brain hit a wall. A wall called withdrawal. One moment it was stimulated and sharing in the bittersweet fate of the residents of the fictional town of Hawkins, and the next there was nothing more to watch.

So, a few mornings later, my newly opened up schedule let me conduct this unheard-of experiment. I literally felt like I was turning back time, to the days when we used to do everything one day at a time, including entertainment.

I traipsed back into the days of my childhood. To those halcyon days of where things were simple, with only two channels to choose from. I would eagerly complete my homework for the evening, and then run to my grandparents’ room to watch “Raja Aur Rancho” with my grandfather on DD Metro.

The arrival of cable did confuse us, there was so much to choose from. Choices once made, we stuck to them too with all the ardour of our raging hormones. Of course, I have fast forwarded into my early teens. To evenings when I would rush back from my English tuitions, win a battle over the remote with my mother and watch “Jassi Jaisi Koi Nahin” on Sony Entertainment Television. I could hardly parallel the interest I had in Jassi’s bungling love life with anything going on in my actual life.

Some might pontificate the TV was the original ‘idiot box’, just as addictive. However, that addiction was still on a functional level, where we had to wait for an entire day to see the next half hour episode. It was well spread out; giving us something to look forward to. Unlike the OTT culture which promotes binge culture by dropping entire seasons together. Scott Bryan, a TV critic, notes that Netflix puts a surprising amount of research—even into minute details like thumbnails—to design binge-worthy shows.

To complete my transition into sepia-tinted nostalgia, I stumbled across a leisurely show, reminiscent of the innocent warmth of early 90s television. “Panchayat”, produced by “The Viral Fever” (cannot help but notice the unfortunate pun here), is about a city boy finding himself ill-at-ease after his job places him pat in the middle of a village. The old world charm further peaked with a cast boasting the likes of Raghubir Yadav and Neena Gupta. On the very second day, my father plonked himself on the sofa beside me pointing at Yadav and exclaiming, “That is Mungerilal!”

Which brings me to the second thing about serial watching that I miss. A sense of community around watching something together. If the continued popularity of the often regressive and occasionally laughable plots of the interminably long Indian daily soaps have proved anything, then it is this: the Indian middle class household more often than not converges around the television set after the day is done. Primetime, they call it.

Growing up in a joint household, my cousin brother and I were held captive during dinnertime. The soaps that heralded the age of the “K serials”—“ Kyunki Saas Bhi Kabhi Bahu Thi” and “Kahaani Ghar Ghar Kii”—played by popular demand in our joint living room—which was also my grandparents’ room—for years on end. Such was the strength of emotions these shows elicited that my cousin outwept my horrified tears at the fall of the Twin Towers, after a certain Mihir died in a K soap.

Whereas for most of us binge-watching is a private affair, creating a sense of disconnect. A disconnect that comes from days of being huddled on the bed alone, watching episode after episode of a series. While earlier, we would binge watch over the weekend and compare notes with friends and colleagues during the week, social distancing has made our weeks feel like elongated weekends. Binge watching, disproportionately, can push us down the rabbit hole of bad mental hygiene.

Maybe there is an iota of truth in the age-old saying of chewing one’s food slowly to digest it. What happens when we apply the same rule to the content we consume as well? In a pandemic riddled year, confined to our houses, globally we have never been shorter on our reserves of motivation. Spacing out episodes serially can work as said motivation, something of a doffing the hat to our teenage selves waiting for the next episode of our favourite shows.

For me, shifting gears from being a dogged binge watcher to serial watching was a nice change in pace. It let me really dip my toes in some fine storytelling and savour the details we often miss in the haze of binge racing. It made my father interested in the OTT platforms—a real breakthrough if you ask me, given the thickness of my father’s affinity for TV soaps.

Would you believe it, but now that the first season of “Panchayat” was over, we sectioned up “Life of Pi”—Yes! Ang Lee’s 2012 masterpiece—and watched it over the length of a week? Just like the “Raja Aur Rancho” days!