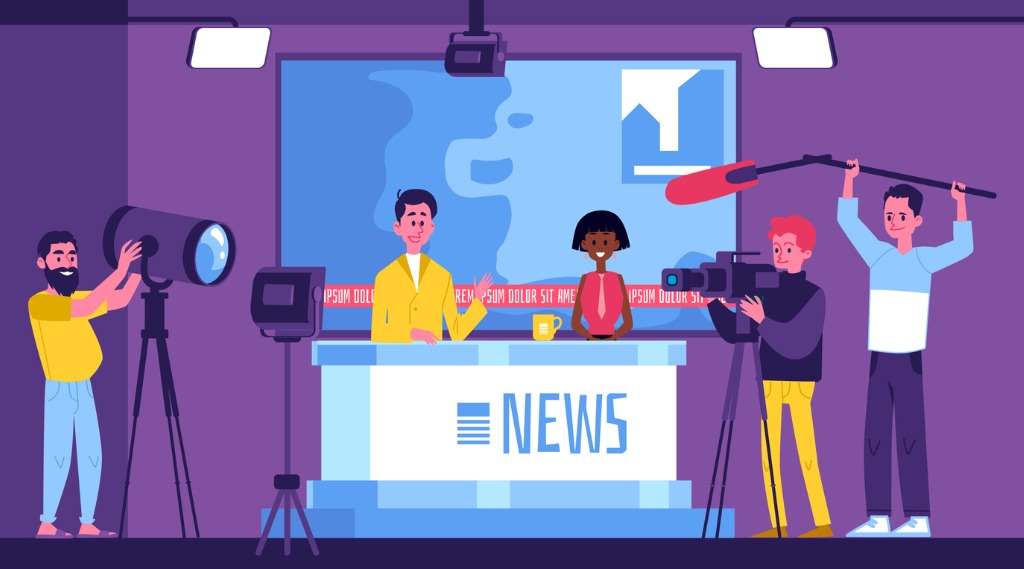 Stands are important. Yes. But stands are futile when the only reasoning they can offer is based on a goddamn gossip.

The movie, Peepli Live, talked about the state of media affairs; chasing a story, no, sorry, chasing TVT ratings, while ridiculing the purpose of chasing a story with noise, and adding more to the chaos of the victims who are making a little, and struggling, to put a meal for the day.

Media people, one by one, chased each other, kept an eye on each other, slept outside near their van only to make sure they bring the first glimpse of the victims to the screens, get a word from them about their sufferings, relentlessly ask them “why”, and break the news. There’s more. Nobody cares about their hardships.

The whole circus ran for the next few weeks to show on the screens that they are ahead of the rivals, and the media folks had only one thing to worry about from where this frenzy began: tip. Media people were furious, unstoppable, but immediately left once the story became a dull show after the victim goes missing.

Politicians came and returned, gave statements, brought gifts for the family. And they also had one thing to worry about all this time: vote.

Not for once, for a moment, anyone and everyone had considered how they can help the family to bring them out of destitution. They suffered and suffered, and now, with the cameras and mics shoved down their throat, their troubles only piled up.

This is everyday story.

The rush to get a byte leaves victims perplexed. TVT ratings bring money. Victims become tools. This vicious cycle completely leaves the story aside. Nobody gets to know the story. But everyone surely gets one thing: gossip.

More than a decade back, Talwar case was played on the television screens day in, day out. The case caught everyone’s attention, and TVT ratings followed the media. Soon the news got transformed into a media trial, and the audience had too much to assume.

Assumptions followed. Statements followed. Opinions followed. Debates followed. And arrests followed. The parents weren’t left alone, but lonely. They were discarded and humiliated. They were later sent to jail, and released after four years after the court acquitted them. The case didn’t go anywhere and remains unsolved.

Movie happened. Documentary happened. And to this day, nobody knows the story. Nobody knows who killed their daughter. People were quick to bet on hope and trust gut-feeling to slide in their assumptions, only to become “gossip” for years to follow. The lives were damaged and broken by then.

In the last three months, what has transpired on the news channels is nothing sort of a mess we have seen before. Rhea Chakraborty and several “leaks” have made their way to everyday discussions inside, outside homes and 24*7 on the news channels. Flashing under the banner of Breaking, from questioning delivery boy to watchman, nobody was spared. This was news. That slowly became gossip. And the gossip became news.

Several theories have been introduced, several hashtags have been run on Twitter, several tweets have been made, several stands have been taken, but there’s no story. Everybody seems to have their own agenda to see the case as they wish to and present it before the audience, and the audience gets it.

Gets what and for?

Gossip to take a stand.

In a deeply moving drama series, Chernobyl, that tells the story of nuclear plant disaster (1986) happened in the then USSR, Soviet Union, the narrator tells us: “When the truth offends, we lie and lie, until we can no longer remember it is even there. But it is still there.”

Everybody is, of course, after truth. But your truth, or my truth, is an inevitable question. Put on your suits, switch on the camera, take a deep breath, and let’s debate. We all have freedom of expression to express truth, and in the name of the freedom, many start selling hate to let their truth heard. The truth will be ridiculed and dismantled, and the fiction will be placed above the facts, to introduce a new definition of truth that suits the agenda. But let’s debate, on your show and my show, all for truth. They won’t tell you the truth, they don’t care about the truth, they have an agenda.

People will take sides and wear them on their sleeves with pride. Labels will be distributed like complimentary peanuts, commentary will be followed on Twitter, and the gossip will be the news of the moment.

We all have and can have ideological differences. Otherwise, this popular thing called debates wouldn’t exist. And we all have our own way of looking at same things. Unique and different. But bigotry has no two meanings, just like terrorism doesn’t have, just like mob lynching doesn’t have, and just like the rule of law doesn’t have. You can’t look the other side of any of it, you can’t tell me how it means this and not that. Or else, our ideological differences can, then, go to hell and rest for as long as they want to. Bigotry is bigotry. Nonsense is nonsense. There isn’t an if or a but in between.

When the concern is determined by who rules the state, whose ideology is preferred, who is running the show, who is in power, whom to conveniently ignore questioning, then you know, we all are doomed. The state is doomed. The concern too is. There isn’t any point going further, but this happens in a world where people acknowledge the story, not where gossips light the fire.

When the debate over crime becomes the concern, another crime, then, is that very debate.

The root of the problem somewhere lies in the missing probability from our everyday life. We all know it, and still, we have left it to stay in the books of maths. We are comfortably indifferent to this profound work of art: probability.

Morgan Housel, in a story titled as Why We’re Blind to Probability, writes “when you realize that making people feel better is more appealing than giving people useful figures, you start to see why probability is rare.”

So is probability missing from our lives.

And white noise rules our lives now and then.

In the movie, Ankhon Dekhi, after an incident, Rajesh Bauji, the role portrayed by Sanjay Mishra, refuses to believe anything that he hasn’t seen with his own eyes. He realises that people make up their own theories and present them as true stories. And those stories can misguide anyone and can lead to drastic circumstances.

As he stops believing anything and everything coming from people, his kinfolk start thinking that he’s gone crazy. He doesn’t add flavour to a thing, he doesn’t look for its identity, he doesn’t worry about “ifs” and “buts”, he only observes the thing. He observes the same people around whose theories he once used to believe without a question.

He now has a meaning to his life, and a lot of clarity. He starts experiencing life that was once mundane. He laughs, listens, and many a time, doesn’t utter a word for as long as he decides to. He follows the idea of probability.

Probability helps us see through the rhetoric, but then, those, rolling up sleeves with arrogance to invite for a debate, won’t get the adrenaline rush. And the followers who celebrate them won’t get a new gossip.

But who will tell them the story?

The story is forced to live in denial. The truth stares. And the case is slowly dismissed. Everybody moves on, and a new gossip drops in to settle the silence. It’s time to pass the buck yet again. And clear another bill of agenda for another debate.

The new lows aren’t new lows anymore, that’s the new normal. The bosses don’t want to have a word, they want to be the authority.

In an interview with Outlook, Nidhi Razdan, Associate Professor, Journalism at Harvard and former Executive Editor of NDTV, says “earlier cases of media trials were giving us a warning sign that the media is going down a slippery slope. It now seems it’s hard to come back from this point.”

“We pronounce people guilty before the due process has taken place. It’s based on nothing but innuendo, theories, and selective leaks. This is not the way reporting is done. That’s the danger you are seeing now,” she adds.

Times aren’t tricky on their own, they are structured tricky to suit the set narrative and hide the incompetence. Rajesh Bauji opened his eyes to meet the real world, here we have shut them to see through their eyes in a make-believe world.

As I was filing this story for publishing, I read another story on The New York Times, and I’ll leave with this painful bit from it:

Initially, he could not get his tomatoes to market. What little he gained by selling the crop near his village covered less than a third of his costs. As the tomatoes began rotting, he became so enraged that he ran them over with a tractor.

How easy is it to distract people from the issues that impact their survival?