﻿ Dyuti Banerjee There are no bad stories, only bad writers September 14, 2020 https://www.nakedtruth.in/wp-content/uploads/2020/09/There-are-no-bad-stories-only-bad-writers.jpg 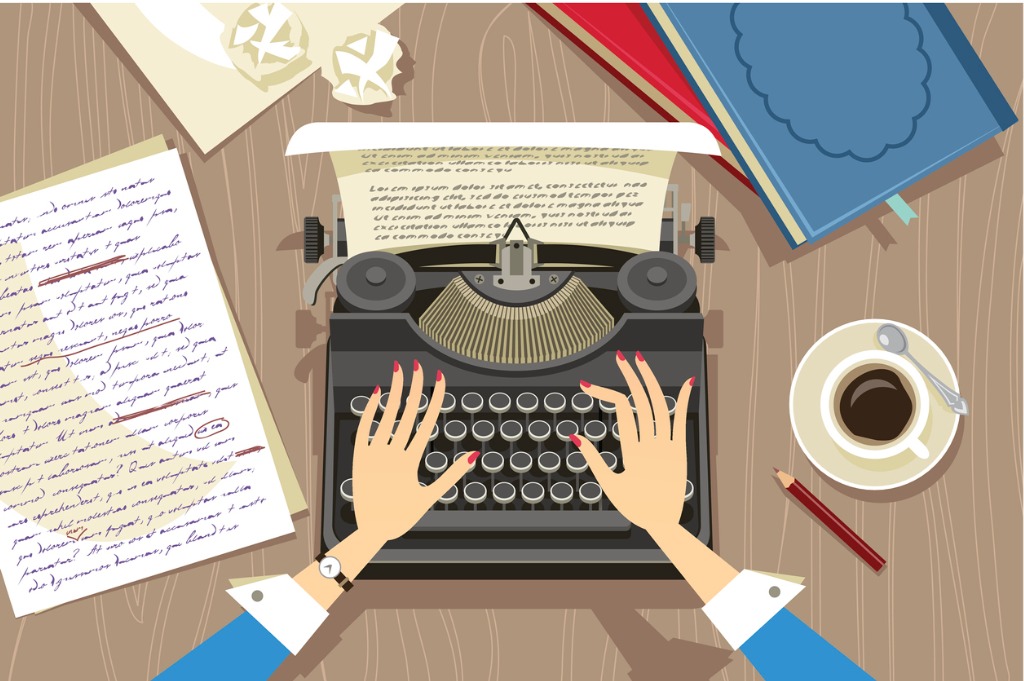 I swear to whomsoever can be sworn to, that I try.

I find writing to be the simplest and most difficult thing to do. It is all the outpourings of my heart and soul, however unquantifiable, unsupported-by-data, unscientific, cliched those two might be. Difficult because it’s so hard to find words. Every time I try writing, the words escape me, mercurially. I love mercury, by the way.

Have you ever held mercury between your fingers? Silver globules of escape? I broke a thermometer once at someone else’s house we went visiting, when I was ten. So once it broke, it lost its substance, like some broken people do too, and there was that liquid magic on the floor. I tried scooping it up, but mercury eluded me more than love. Every time I felt like I had it between my fingers, it had slipped off without a trace. Tricky thing, mercury is. I think it only responds to warmth. Just like love and language.

So, every time people tell me it’s a good piece of writing they make me wince. Because, inside my head I laugh then. Good writing? I didn’t even find any words, and wrote something completely different from what I set out to do in the first place. Same reason I abandon most of my writing. While people go fishing for compliments, I go fishing for brickbats. Brickbats make it even more difficult to find words, but I suppose it’s like those mythical mazes, the more convoluted and dangerous, the better.

I wonder how abandoned writings feel. Poetry ending mid-emotion—a buttered toast bitten midway, and then, pause. Or a story lost with no roads ahead for it to take. Or a diary entry, abandoned, because some memories are best unrecorded. In fact, most are, what else is the point of memory, if you can’t remember? Unless you can’t remember, of course, then make all the entries you want to, make your Memento worth everyone’s remembrance.

Look at me, going on again.

This week’s brickbat was that my stories don’t read like stories, they read like conversations. So, I guess I shouldn’t go on these self-indulgent trips of taking writing as an excuse to talk to myself. I am pretty aware of what I do, thank you, and that is exactly what I do. All I write I spin off like lurid pink candyfloss off a few grains of sugar-memories. Was avoiding the Dumbledore and Pensieve reference, but I guess it’s too obvious even by my standards.

So I suppose I am a fraud. I write myself down in the name of fiction. For this alone, when I die, I might have to go to a Platonic hell where I might be given only Francis Bacon to read. Oh, the bore. Well, I should try a story now. Just to avoid re-reading Bacon. I would rather eat his namesake, fried, with sausages and perfect eggs.

Should I begin with: Once upon a time? “Once upon a time and a very good time it was, there was a moocow that was walking down along the street, and this moocow that was walking down along the street, met a nicens little boy named Baby Tuckoo.” That isn’t even me. I just barfed out my favourite opening line in the whole world, from “A Portrait of An Artist as A Young Man”, by James Joyce. That’s the pitiful level of fraudster I am.

But I promised to try. And I try to keep my promises, however, difficult they may be.

Once upon a time (safest and most time-tested way to begin stories), there was no time. So, technically there was nothing upon time so to speak, that stuff simply didn’t exist. Before time was born, or conjured up, there was nothing. So much of nothing, that nothing was everything. No memory, no dreams, no thoughts, a vast dark blank slate. Colourless, tasteless, thoughtless. Infinite depth of nothingness.

Physics might have explained it differently, but I know no physics, I only have my imagination to rely upon. And my imagination, pitifully, stops there. It cannot function in nothingness. No stories grow outside of time. Stories need not follow a linear trajectory, but they need to be moored in time and space. Poetry is more like free particles that way, but stories, they’re like waves.

Writing thus makes little temporary gods out of writers. We have to create a beginning, make up a time, when time began and space unfolded, almost like a dream, only infinitely more wondrous. Trapped by the limits of imagination, stories must leap into the abyss and back. So, stories travel a lot. Only things that can safely travel in the midst of a global pandemic. A writer is midway between being a mother and a god. Sometimes the differences blur, both create, both bring into existence, quite like a writer.

If I may safely presume that I am done with my self-congratulatory back-patting, I shall get back to my story.

So, in a time before time, there was no story. Millions of years later, humans came along, after a whole series of permutations and combinations, and journeying through mutations and cell-divisions, a pretty long drawn out process if you ask me. If algae, and fishes, and whales don’t have stories of their own to share amongst themselves, or no language to string stories together, maybe humans were the first to make up stories. Some memory, and some imagination—that’s all the ingredients a story needs to cook.

And what stories we made for ourselves!

I wish I could make a story. A story of you and me. A story without time. Time can be quite a bother. If there wasn’t any time, there wouldn’t be past, the present wouldn’t be so elusive, and the future would be free of anxieties. There would be an ancient tree by a placid lake awash with a pink-orange sunset, its old brown branches gnarled over the water, its leaves dipping into the surface, making little concentric circles of the impossibility of desire.

There could be us, too, freed of the fleeting ropes of time, and we would sit there, blank of all knowledge, of all information, of all experience. Nothing to call ourselves by, nothing to judge each other by. No memory to posit each other in, no formula to fit our meanings into. No language.

We would sit, beside each other, not knowing what it meant to sit beside each other. We would not know that the shimmering water in front of us was a lake, bang in the middle of a lazy city, an oasis of sorts. We would glance at each other, and discover in our eyes the primordial truths. A bare acknowledgement that the other existed. A simple affirmation of that. An acknowledgement sans recognition. We need not even have been human, we would not know it anyway. We could be cats or walking fishes for all it mattered.

Our eyes seeing, without recognising, seeing for the first time. Virgin eyes, virgin ears, virgin skin, virgin mind. Something so blank, so as to appear almost senseless. What would we do when the very imperative of ‘doing’ something had fallen off? We would perhaps notice our brains trying to do a recce, and coming up with no search results.

Would we have tried deciphering our own faces in each other’s eyes, or search our eyes for glimpses of freshly-pressed meaning? Would we, in an instant of pure gaze, understand everything of what, and why, and how, and where, and who we were? What would we have done with that knowledge? Thankfully, we would not have phones in our pockets. Would we have pockets, would we know the use of clothes, would we need them?

Without our phones, we would hopefully have enough wonder left to just look at each other, then as a breeze from the lake sent fire-coloured autumn leaves into our faces, by instinct we would raise our hands to our faces, and pluck out golden, orange, toasted-brown leaves off our hair, off our skin. And you would see them stuck in my hair, my neck, and I would see them stuck behind your ear, your hair, your chin. Would we inch forward to remove them, and your fingertips would touch my skin, and mine would touch yours? Would we twitch, would we be nervous at the touch, or would it be comfortable, devoid of any baggage of meaning or expectations? Or would we watch the little fallen leaves stuck to us without a place to go, and laugh at each other, not knowing it was laughter we were laughing?

We could, if we would, love so freely and without a single damp spot anywhere, that it would feel like flying. We would watch our souls fly over the middle of the lake, in shimmery peachy gossamer, and be so sure, of our existence through each other’s beings. As my hands melted in yours, and your gaze tattooed itself into my eyes, and mine in yours, we would dissolve into each other like candyfloss on a hot summer afternoon. There would be no poetry yet to fit into our feelings, so we’d engrave our poetry onto our skins, with the language of love. The lake would watch and learn love from us.

But this is a story. Anything is possible in stories. We could be arch-rivals instead of lovers, or just disinterested people sitting by a lake. But a story without love would be too like real life. Mundane, and dully painful. I’d like the two to be lovers, the first lovers to have ever known love.

I imagine myself and I imagine you, you whom I have never met. But, even outside our story, let’s say, for argument’s sake, we could meet, randomly one day, as I was maybe struggling with an umbrella, my ringing phone and packets, one of which had eggs, rain rushing down with a vengeance, my leather sandals squelching pitifully in the slushy city road, waiting for a bus back home, and you, sauntering around under a black umbrella, a cigarette between your lips, your eyes too focussed on a creeper on the roadside to notice me, and…Bam!

I know you are thinking, this was her story? It is not my story. I don’t have any stories of my own to say to you. Let’s call this a story of stories, maybe? Where perfect moments can be created, where time-warps can be brought into existence, where space and spatiality can just go take a dump.

Because, in a world of impossibles, possibility is always a story.