﻿ Usri Basistha Ageism in the time of Corona April 23, 2020 https://www.nakedtruth.in/wp-content/uploads/2020/04/Ageism-in-the-time-of-Corona.jpg 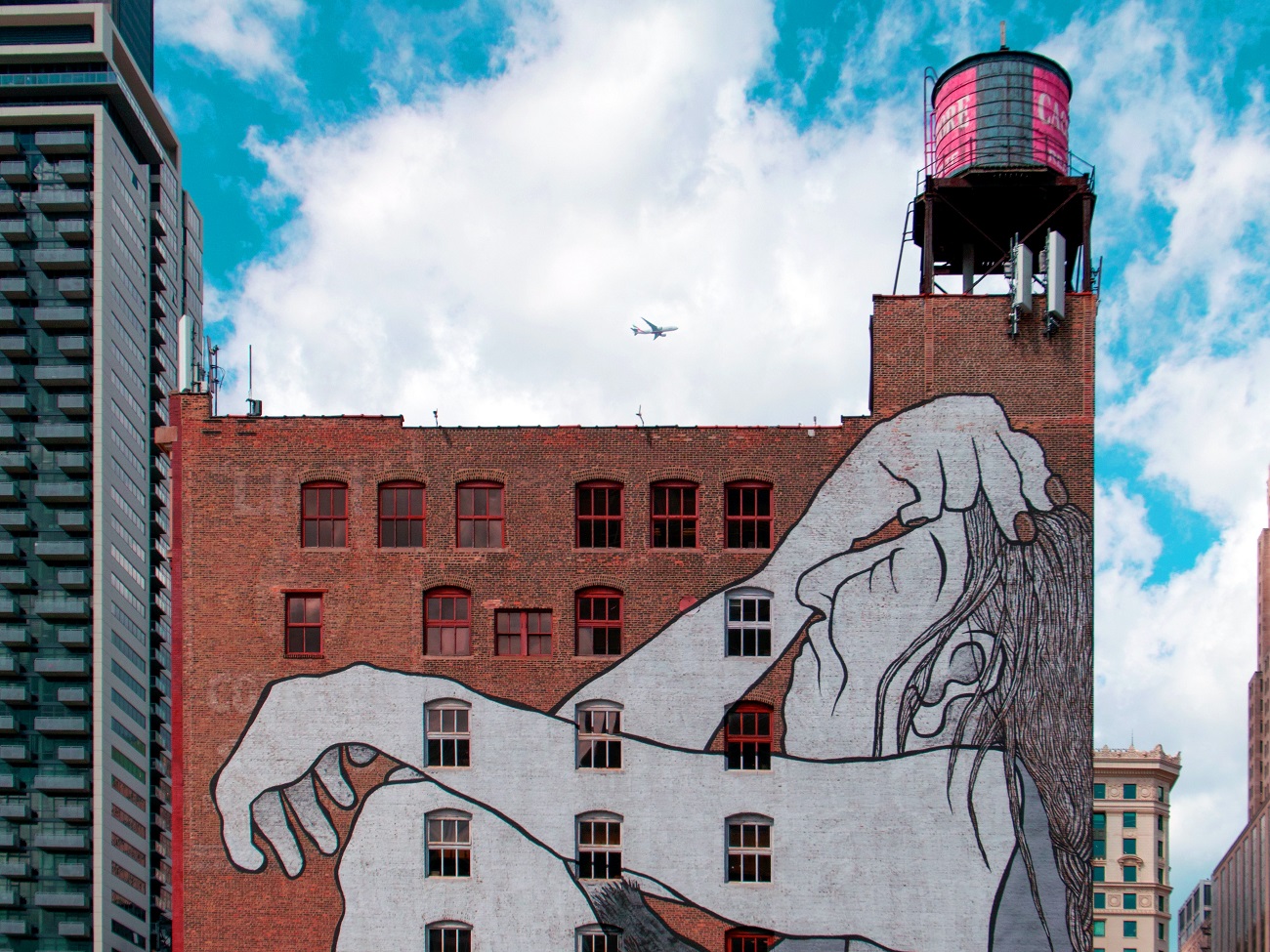 Ageism in the time of Corona

The coronavirus is all set to shimmy into its sixth month on our planet, since its outbreak in China late last year, 2019. In all this time, it has come to mean different things to different people. For those on the frontline, it means ventilators and isolation wards—with or without protective gear. There are those for whom it means being in quarantine or social isolation; while for some it has meant a loss of livelihood, and shelter even.

In times to come, the virus will be known, among other things, for revealing the fault lines in our present societal structure—from racism, sexism, casteism to class privilege, it has brought out all biases and inequities into sharp relief. All biases, yes; except the most obvious one.

Remember the merry spring breakers from Miami, Florida; one of whom became rather famous for saying, “If I get corona, I get corona,” and betraying partying to be his first priority over his health and public safety? During the initial stages of novel coronavirus becoming a pandemic, young people being blasé about taking adequate precautions to socially distance and going on with their travel plans unbothered, forced WHO Director-General Tedros Adhanom Ghebreyesus, to adjust their stance and underline that young people were not ‘invincible’ against the virus.

Conversely, as ethical decisions were being made based on ‘age’ about who gets priority access to treatment in countries like Italy and Spain, there was a lot of loose talk on social media about this being the ‘right’ move. While every other international health organisation or government directive still primarily focuses on ‘taking care of the elderly’, the United States of America, as it becomes the booming epicentre of the disease, is still thinking about opening up the economy and, perhaps, accepting the risk of losing a ‘few lives’.

This mixed bag of messages is confusing and quite scary. I’ve been under lockdown, for about a month now, with my three other family members, my parents who are sixty plus in age, and my grandmother, who is north of 85. Even as I constantly worry about their safety, I notice our pandemic ridden world has been cleaved into two halves: the young ‘salvageable’ lot and the old ‘dispensable’ lot.

Instead of prioritising treatment based on underlying health conditions, medical professionals are being asked to take life-or-death decisions by assessing the patient’s age, and the moot point seems to be that age will decide the treatment. Are these choices justifiable? If we believe ageism, they are. The bias goes, ‘old people are less capable, hence valuable, than young people.’ How did we get here?

Valerie Schloredt, books editor at YES!, writes, “…ageism against older people remains the most unexamined and commonly accepted of all our biases.” Unlike its brethren sexism, racism or casteism, how has ageism avoided the fate of being called out for what it is: a stereotype, a bias, unjustifiable bigotry. Let me elaborate.

We have learnt to cringe at or distinguish ‘racist’, ‘sexist’ jokes and behaviour, but I still see people getting laughs at the expense of ageism. Remember the popular TVF series, “Tech Conversations with Dad,” which mines the stereotype that older people are technologically challenged. I never dared laugh at them because it is the other way round at my place. My father has always been more interested in technology, from the erstwhile days of ‘assembling desktop computers’ to buying the latest android phone.

So, the question I’m looking at it is, how is laughing at a stereotype still ‘funny’?

Maybe we don’t notice ageism as readily because it is not as overt as say committing atrocities against a certain minority. Maybe it operates on a more insidious level. A week back, I received a picture puzzle on WhatsApp, which came with a condition that if one solved only 30% of it, then they were ‘getting old’. After five minutes at it, I could only solve 30%; oddly, my 30-year-old brain went into a tizzy about whether I was actually ‘getting old’.

A part of my brain always believed I was too woke to be ageist, until about two years ago. I took one of those pop-up surveys on social media—except this one was a more serious affair being conducted by a university to collect data—after about 10 minutes of meticulously thought answers, turned out that I had a clear ageist bias.

Unlike its brethren sexism, racism or casteism, how has ageism avoided the fate of being called out for what it is: a stereotype, a bias, unjustifiable bigotry.

It’s not very surprising if you consider that all biases and conditioning attack and shape our world views, when we are still children. The trick, of course, is to unlearn them when you spot it, however, ageism can go under our ‘woke’ radars for the longest time. According to Ashton Applewhite, a tireless anti-ageism activist, this curious conditioning goes unnoticed because, “Unlike other prejudices such as racism and sexism … ageism is unique in targeting our future selves.”

Sounds like a conspiracy theory, right? A bias that makes us hate our future selves? Except, it’s not.

Look at media, from advertising to news, that portray aging almost exclusively in terms of loss—of physical and mental abilities, rewarding work, money, romance, and dignity. That sad and often denigrating picture leads us to fear aging, writes Valerie Schloredt.

The saddest bit is that older people themselves have a lot of internalised ageist beliefs. Having had a lifetime of conditioning, a lot of them shrink from living or expressing as they would choose, and often worry whether they are being ‘age-appropriate’.

We are living in times of unprecedented advances in technology and medicine, implying the average human being lives much longer. Yet, most of us are afraid to enjoy our extended life spans. However, it was not like this always.

Many native Indian and Asian cultures celebrated growing old as an indicator of expanding wisdom, and they were an integral part of communities. Even in Western culture, age wrought prophets and philosophers whose voice led civilisations. It was about 200 years back when things began changing with the advent of capitalism and industrialisation.

Suddenly, everyone was allotted a shelf life, an age bracket when they could ‘work’, following which came the ‘retirement age’. The idea of retirement further gave rise to a post-retirement lifestyle; gated retirement complexes for the ‘haves’ and crummy old age homes for the have-nots.

The final touch was consumerism, where the world is divided into either commodities or consumers. We already have a culture which glorifies youth; a derivative of a capitalist myth which equates productivity to a human being’s worth. Consumerism finds a market to leverage the insecurity of growing old.

The common templates around growing old—ending up sick or with a degenerating brain, feeling depressed about life because you have lesser years to live, and ending up with no savings for healthcare—are mostly unfounded.

Anne Karpf, a British author and sociologist, contends that most surveys that have been conducted on old people have been largely of people already committed to nursing home facilities; ergo, they provide a distorted picture of the reality. More often than not, people stay quite healthy and retain their mental faculties till the end of their times. As for bad mental health in old age, a concept called the “U-curve of happiness” unequivocally shows that humans are the happiest at the beginning and towards the end of their lives.

Real discrimination—like at the workplace when it comes to the trend of laying off older people, or in media and the entertainment industry, where older people are forever substituted by younger people—happens when we disappear old people from our society systematically.

From innocuous slogans like “Sixties are the new forties”, our ‘hustle’ culture of equating productivity with worth, segregating the old and the young with a ‘retirement age’, and finally, disappearing the former into old age homes, we don’t even notice as we generalise an age bracket as wide from 60 to 100 under simply ‘old’.

Somewhere, down the line, we go into denial about the fact of growing old ourselves. Humans are not commodities who come with expiry dates, after which they should stop living.

Why on earth do we stop celebrating the ability to adapt and grow as we move through life? Why should aging well mean struggling to look and move like younger versions of ourselves? It’s embarrassing to be called out as older until we quit being embarrassed about it…, as Ashton Applewhite declares in her impassioned plea against the fear of growing old.

In an increasingly inclusive world, Ashton opines age is equally a criteria for diversity. In times, like this, where real human lives are on the line, because of a bias not enough people are calling out, I almost hope someone sitting high up the policy-making chains sits up and takes notice of this undetected but quite real virus riddling our society.

The fashionable history of social distancing