﻿ Rony Patra Reflections on cinema and the fringe January 29, 2020 https://www.nakedtruth.in/wp-content/uploads/2020/01/Reflections-on-cinema-and-the-fringe.jpg 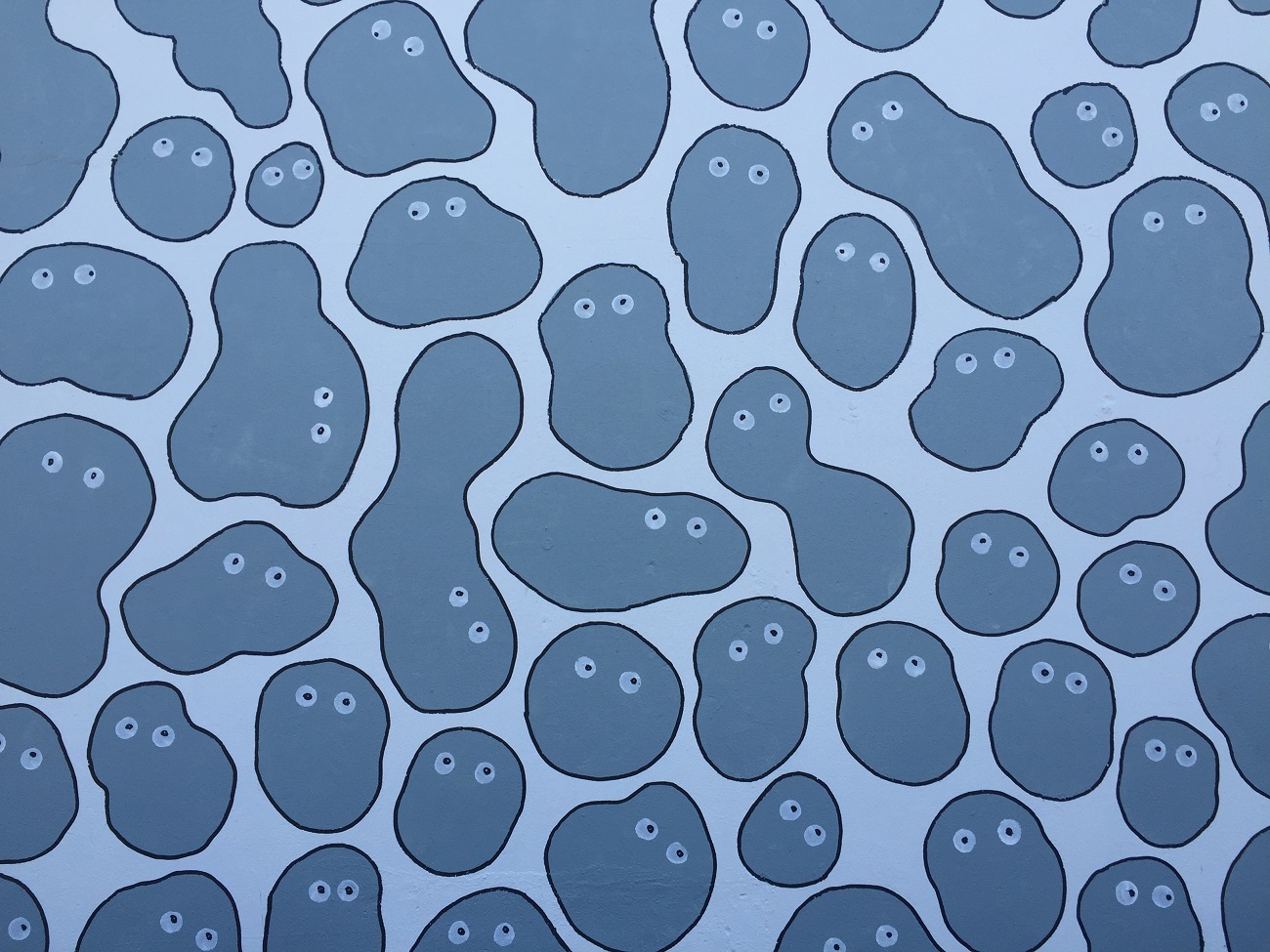 When was the first time you fell in love with cinema?

The first movie I ever watched in life was Jurassic Park, in 1994. I was four years old, and my parents had heard a great deal about how Steven Spielberg had put dinosaurs on screen. And so they took me along with them to Payel Cinema in Siliguri, and soon the three of us were sitting slack-jawed and wide-eyed in our balcony seats, watching Sam Neill, Laura Dern and Jeff Goldblum being pursued by dinosaurs of all shapes and sizes on a remote island.

For most people of my generation, Jurassic Park was the first time in our lives we encountered the phenomenon called dinosaurs, long before we studied about them. No one knew about VFX back then; all that mattered was the experience of dinosaurs running amok at an amusement park in 70mm.

Those were different times. There were no multiplexes in India back then. A ticket for a balcony seat at Payel cost around 25-30 INR, which today’s audiences would consider fantasy. Film hoardings were still hand-drawn, unlike the slightly-pixelated, high-definition vinyl flex posters of today. To this day, the hand-drawn visage of a ferocious Tyrannosaurus staring down from the top of the entrance to the hall gives me the chills. And at a time when online ticketing platforms did not exist, the biggest marker of a film’s popularity was the length of the queues leading up to the ticket counter.

Movies have been an intrinsic part of my growing-up years. Around 2011, I got hooked on to torrents, and started downloading and watching movies. Long before online platforms, torrents introduced me to more of the Indian cinema, often classed as “regional”, and these movies went a long way in shaping my outlook on life.

A 2010 Tamil film, Vinnaithaandi Varuvaaya, made me fall in love with the idea of the transformative power of love, and not the love story itself; a 2016 Marathi film, YZ, convinced me that it was possible to transform your life and raise your self-esteem even without falling in love.

It would not be an overstatement to say that movies contributed a lot to my worldview. I shuddered at the way Dibakar Banerjee showed us a mirror to the underbelly of our society, whether it was in the cheery Khosla Ka Ghosla, or the utterly-cynical Shanghai. Karthik Subbaraj’s 2012 cult film, Jigarthanda showed me the world of a homegrown “rowdy” from Madurai who decides to become a leading man in films simply because he harbours political ambitions. And Thiagarajan Kumararaja’s 2019 film, Super Deluxe was the film that showed me that the only way to survive an absurd world was through love and inclusivity.

Inclusivity. It’s a simple word connoting a powerful emotion. Not too long ago, there was a time when our diverse cinemas were a reminder to other countries that, irrespective of taste or ideology, they celebrated their sense of being “Indian”. Indian cinema was the only place where a David Dhawan could co-exist with a Mehul Kumar, where an Adoor Gopalakrishnan or a Rituparno Ghosh could make films, or where a Rohit Shetty could co-exist with an Anurag Kashyap. Films catering to diverse tastes have been made for decades now, and each brand of cinema has always found an audience. While most of these films have been unfettered displays of entertainment, some films have managed to make the audiences think.

But that was then. Now, audiences live in extremely precarious times, where the rules and regulations of the vox populi matter. Films releasing now have to cleave to widely-accepted standards of morality and decorum, otherwise, some people feel threatened. Audiences crave for outside-the-box entertainment, and yet certain communities always find ways to box themselves in.

Francois Truffaut had once famously said, “There’s no such thing as an anti-war film.” But the film producers are a smart lot. Thanks to the polarization in public opinion nowadays, they know the hatred sells. Patriotism has become a commodity—to be marketed on T-shirts, to be advertised as a lifestyle, to be worn on the sleeve. Apparently, it is impossible to be a patriot, and criticize your country for its failings at the same time.

And thus, the vast, peace-loving majority of the population has to quickly adapt and align with the tastes of a few fringe elements, who bear outdated notions of both patriotism and morality. These elements appoint themselves as the guardians of culture; never mind the fact that our country, India, has always been a melting pot of diverse cultures and diverse tastes.

I keep thinking of the entire fiasco that surrounded the release of Padmaavat, Sanjay Leela Bhansali’s 2018 film. A little-known outfit, the Karni Sena, decided to raise a ruckus because they felt that the film denigrated the image of Rani Padmavati by showing her as being intimate with Alauddin Khilji. There was nothing in the trailer or the songs put out by the producers that seemed to suggest this. The only plausible explanation for this entire confusion that I could come up with was the phenomenon called “fake news”. Maybe, just maybe, someone had been dumb enough to think that since Ranveer Singh and Deepika Padukone were a couple in real life, they could not be expected to portray characters far removed from their real selves.

The Padmaavat controversy was a stark reminder of just how much civil society has let little-known groups, forever existing on the fringes, run amok and appoint themselves as the guardians of “our culture”. It appeared that it does not matter to them that Indian movies are certified by the Censor Board, and that the police and the judiciary exist in order to maintain the law and order.

The fringe outfits keep raising hell whenever they see a film (or even a glimpse of a film) that they believe endangers their beliefs. And every time they raise a ruckus, civil society ends up becoming more parochial, more cautious, more closeted. And we all end up showing the middle finger to inclusivity, forgetting why, as moviegoers, we enjoyed movies in the first place.

There have been so many other movies that have left their mark on me. And that is why I love dissecting movies with friends and close ones. But it worries me how the cinema is slowly falling prey to various levels of pettiness. For instance, one may wonder, is it possible to be a true patriot without running down any other country?

Looking at the bigger picture, one may also wonder, is our love for the country directly proportional to which “patriotic” movies we watch?

One thing I can tell you for sure: Kundan Shah would’ve probably given up if he’d thought of releasing the cult comedy Jaane Bhi Do Yaaron in this age. In which Naseeruddin Shah and Ravi Baswani mimic their own slaughter as the death of justice. In today’s times, we have become the sitting goats.

In 1994, going to watch a movie in Siliguri meant checking into Payel, Biswadeep, Vishal, Anandaloke, Urbasi, Meghdoot, New Cinema or Milani Talkies in Bagdogra. In 2020, barring three, all of them are still operating; the rest have become shopping complexes. There are three multiplexes operating right now, with a fourth on the anvil. And yet, most people prefer torrents or streaming movies on their tablets and smartphones.

The cinema-lover has evolved; the cinema-makers are still struggling to adapt.