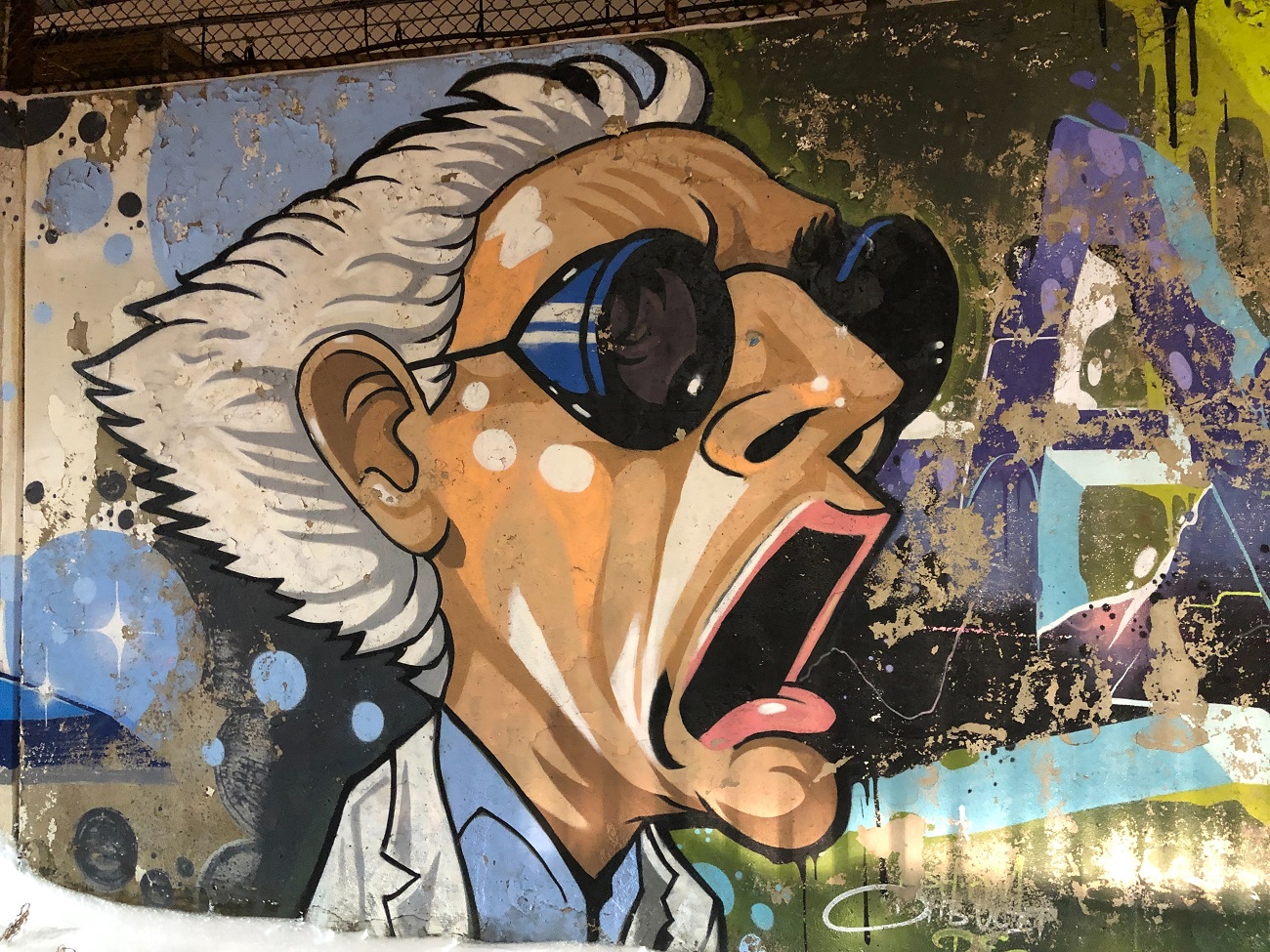 The one and the very lonely said, “those in print must print the unprintable truth.” Just when I heard the statement, I paused the video and played it again. The only thing I had come down to then was this is some serious wordplay here.

In a web series on Hotstar, Godfather of Harlem, I’ve been introduced to a three-word phrase, “Mutually assured destruction.” The loud voices, making little sense, thriving on propaganda machines, and thumping their chests for they are the voice of the billions, are now a routine.

That’s an imaginary conversation, but cut the call, man. Cut the slack, too. Have a glass of water, and rewind to what has just happened. Some calories were wasted in manufacturing rhetoric, and many minutes too, counting to an hour or so. We’re done for the day. Move on to the next evening, but with the same question: How dare you?

In a story on Medium, titled as “Face it, you just don’t care about the news anymore,” Hossein Derakhshan notes, “Faith is replacing facts; like buttons kill links. Television is making a comeback, dominating every aspect of our lives and reducing it all to entertainment.”

Twitter is full of such rhetoric, too. Whenever there is a recession in having some thoughts for the day, log on to Twitter anytime. Many, many people dialing a number for social validation, putting out something that they little know of, but screaming like they know everything, and more importantly, they know everything right, is well a “trend”.

“Secularism, what? Has that party changed its ideology? Ideology? Which party? Since when secularism has become a problem? And why would it be so? Why are we on to it, but as we are on to it, can we also talk about that criminal leader?”

“Hello, are you mad? Don’t you know that he’s not guilty until proven otherwise?”

“Wait, why were you justifying a killing of those who weren’t even proven guilty? And if proven guilty, should they be killed?”

“Oh come on, they deserved that.”

“But what about the law? Why are we taught law then?”

After a minute of silence,

“Why don’t you go to Pakistan?”

“Why not the United States? Why are you so interested in Pakistan?”

“You know, right, this is not some joke going on.”

“Right, but then, why are we reducing ourselves to a matter of joke?”

“Cut the conversation, man, I don’t think you’re getting me.”

“Of course, I’m getting you, but sure, fine. And before you leave, what has eaten you from inside that still reflects on your face that you aren’t able to give it back to my face? Think about that “eaten” part sometime later when your conscious allows you to do so. To think, and to reflect. Bye.”

In the web series on Netflix, Sacred Games, we are told, “A man sweeps his dirt under the rug to show the world how clean he is.”

A little too much is, well, too much.

Believe you me, such conversations aren’t too much, these are mainstream, and when you counter, the other party loses the interest. Well, to their interest, they should, otherwise, the champions they practice won’t remain theirs. And the favours done to them will be taken back. And even if not favours, the mob they lead and the crowd they represent, that give them hope for they are not alone, will discard them.

There will be names calling, ideologies will slide in, and people will shoot videos explaining how it is a reaction to an action, worrying more about the number of views. Things would have been slightly better if they chose to shut up, but this small, beautiful place is full of nincompoops. And you know, they don’t deserve your space, still, all they will desire is to get a grip on you, so they can challenge, and violate, your very space.

People who lack reasoning to defend their arguments that they boosted everywhere else, on their flashy Twitter profiles and on their Facebook wall, will try to corner you by putting you in a perplexing situation where you will be told that you represent a “side”, when in all honesty, you don’t. They will do so only to feel better and make you look like them, perhaps equally smart (read dumb) too, because they represent a “side”.

Their validity and the survival of their argument now only lie in the efforts they put in to make you represent a side. Will you represent a “side”? Will you not? I repeat the flawed questions that are only manufactured to make all of us look dumber. Will you want to be dumb? Or dumber? Now, the stake is on you. But there will always be someone who will change the game for them, and they won’t even know that before it’s too late.

If and when the trouble arises more for the person and his side equally, the side won’t take a moment to discard the person, only to show and pretend they have let go the bad element. The lonely man is all now that mirrors will stare, nonetheless, he earned that loneliness, don’t you think? Now, ask me, which side I come from?

While the noise burns the floors down, somebody is aiming to claim the victory, people rush up to stake the claim that they are on the right side of history. That they are here for the good, for everyone and for you, and we all trust them. We generally don’t get critical of them, and for sure, neither cynical nor skeptical of their attitude. We find our voice in their actions, and we compel ourselves to stand with them, in turn, to be part of the movement.

But when it is forgotten, and highly ignored, that there must be bad elements too, on either side, and there must be those whose purpose doesn’t align with the movement, instead to gain something out of the movement, then your right side of the history is more of a mess.

That all they desired, and within a moment, your statements will then backfire. And you can’t even get away with saying, “you’re quoted out of context.”

In Godfather of Harlem, during a conversation, it is said, “Sometimes a man is so dedicated to a righteous cause, that he begins to believe he is the cause.”

The mess strikes up right there. The cynicism and skepticism were just so called for at that point when we thought they represent us when, in reality, they didn’t. They never had.

“That’s how they corrupt you. They let you think that you are making all the decisions, but in the end, they get what they want,” says a corrupt businessman in McMafia, a web series on Amazon Prime.

Then again, we aren’t left with any choice, but to question everything and everyone around. And we hooked on here, where we anticipate the meaning of freedom to settle down the mess that we all are ultimately to be blamed of.

What do we have to return the favour to freedom in a democracy where it is predefined but is not practiced true to life?

In a jaw-dropping scene in the movie, Toba Tek Singh (based on Saadat Hasan Manto’s short story of the same name), a simple question is asked by one of the patients in the mental asylum, and the conversation follows rather excitingly that doesn’t end well,

“Freedom means…we can do anything.”

Another patient intervenes, “Anything. How is this possible?”

“Then, what is the use of this freedom?”

In the aforementioned web series, McMafia, we are also told, “What you don’t know cannot hurt you.”