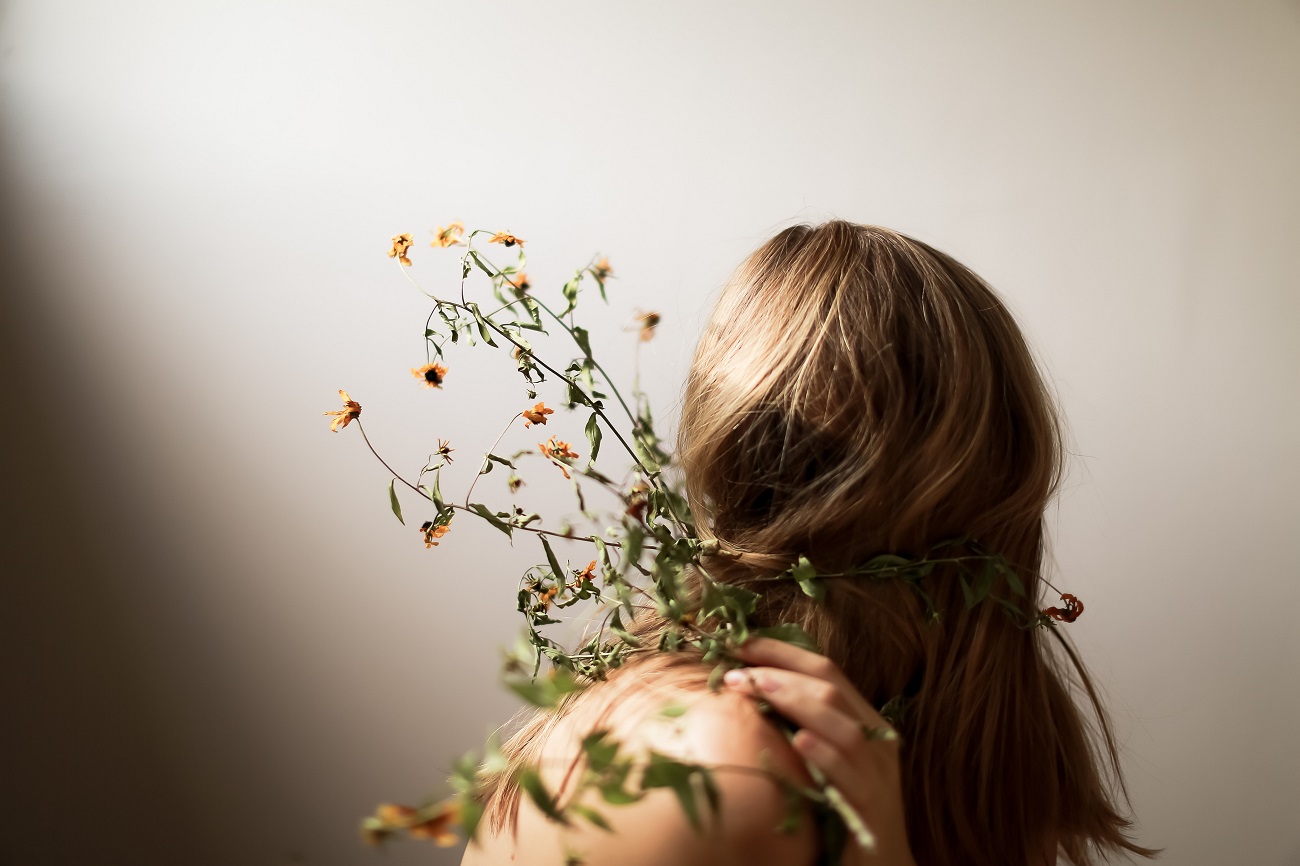 “Ah!” I cry in joy when I finally find what I was looking for: my beautiful, blown-glass ultramarine blue vase. Seriously, this vase has to be the most gorgeous thing ever.

It was love at first sight when I saw it collecting dust in this antique shop. The shopkeeper sold it at a low price, and said it was just some vase from this old man’s estate and probably not worth much if I ever try to resell. Honestly, “would you be interested in a Ming dynasty vase?” was also out of my budget, so I convinced the man to sell me this vase.

The color is so striking that I am upset I don’t get to display it much. But I must admit, the color is still so rich even after so many years (the man at the shop said it was from the sixties and I believe him since I am no Rober Langdon). Today, however, I have bought a bunch of sunflowers, and I just thought the contrast between blue glass and bright yellow flowers would be lovely.

And I am right! As I put the vase filled with flowers on my dining table, I sigh in delight. I quickly take a picture of it and send it to my sister, who is quick to reply: “Put this on Insta! It’s so pretty!” I laugh, I heed her advice, and as I look for captions, I end up captioning the picture with lines from the song Vincent (Starry, Starry Night) by Don McLean. Maybe it is just my subconscious, but after the post is uploaded, I have to scoff at how my brain works.

If you didn’t get it, have you ever seen any of the many sunflower paintings the famed artist Vincent Van Gogh did? If yes, then you know the symbolism of yellow sunflowers in a blue vase, if not, well, there are exactly two reasons why sunflowers are so significant to me.

We all experience physical pain in some form or the other. You might slip and twist your ankle, you might make a wrong move and suddenly cramps, and so on. Mostly, pain like this resolves itself and you are back to being you. But not for me.

I had the usual aches too — joint pains, swollen ankles, that permanent crick in my neck, and my shoulders always seemed tense even though I was doing my best to relax. However, I started to wonder why balms and sprays were no longer working, and I really got concerned when my ache persisted for almost a year. I decided maybe I needed to see a doctor now. This consistent pain needed to have some sort of reason. Maybe it was a symptom of some other condition. So, as soon as I got the time, I scheduled an appointment with a doctor.

After many days, and 4-5 sessions later, my doctor concluded I probably had chronic pain disorder. Since there was no specific test to determine this problem, I was put on pain management to see what worked and what didn’t work for me. Painkillers were not something I looked forward to since I have heard how easy it was to get dependent on them. So, my doctor and I decided on a course that involved exercise, some medication, and electrical stimulation if the need ever arose.

So, the pain management started, and within a month, both the doctor and I realized it wasn’t working very well. I suffered debilitating back pain one fine day that felt like my nerves were set on fire, I was rushed to the hospital for transcutaneous electrical nerve stimulation. And it hurt, it hurt like nothing I have experienced before. Though the electrical stimulation gave me some relief, I wasn’t prepared for the mood shift that happened to me as I laid on my hospital bed.

The pain flared up just at the moment I was to be considered for promotion at my job. I had worked throughout my CPD and to be suddenly rendered helpless like this shocked my whole system. Now I knew that they wouldn’t give a person like me a promotion at work. Meanwhile, they also found out what was really causing my pain.

After conducting blood tests to rule out other possible disorders (for rheumatoid arthritis, thyroid, etc.), they figured out I had fibromyalgia, which would explain the widespread pain I suffered for four months. It would also explain the fatigue, insomnia, memory and mood problems. I was furious, but all I could do was cry.

I was discharged, but I didn’t return to my office immediately. Or the next day. Or the next week. I got fired and it didn’t surprise me. My mood was at an all-time low and I couldn’t even focus on anything else but the pain that seemed to engulf me whole.

Pain evokes an emotional reaction in everyone, but it also brings with it agitation, anxiety, and irritability.

There were days I couldn’t get up from my bed and those days were spent hating myself the most. However, one morning, when I woke up with agonizing pain on the right side of my body, I contemplated suicide, and that is when I knew I needed help because I never had suicidal thoughts before and it terrified me.

So, I consulted with my physician, and she helped me find a therapist. This therapist understood my problem immediately and thought that I might have contracted depression while at it. He said it made sense when chronic pain and depression share similar nerve pathways and neurotransmitters in the spinal cord and brain. Pain disrupts the flow of your life, which leads to losses that eventually lead to depression. Since the therapist understood I needed a different sort of treatment, he recommended me to another therapist.

At first, I wasn’t willing but I eventually relented when I woke up one night crying because my ankles were hurting for no reason. Now, this new place was different than anything I had seen before. And my new therapist had a whole windowsill of sunflowers growing in her office. I was slightly taken aback by that and her appearance — gingham dresses and earrings shaped like fruits were slightly disconcerting at first.

But then as we talked (this was talk therapy), I learned she had an even more horrible pain disorder called Ehlers – Danlos syndromes. It was mostly a connective tissue disorder, and she suffered pain the same. So, she told me how she uses her outer appearance and surroundings cheerful to remind herself that there are still good things in the world even when all you can feel is bad.

“You stared a lot at my sunflowers the first day,” she remarked after three months of sessions.

I laughed, feeling conscious, wondering if I had offended her or something, “Yeah, I did. I just found it odd you have sunflowers growing instead of like other common flowers.”

She leaned back in her chair and smiled, “Say, do you know who Vincent Van Gogh?”

I nod; I understand the connection and I look at the sunflowers, “Ah, so you’re a fan?”

She chuckled, “Not really. I’m no art connoisseur.” She got up from her desk and walked to the window. She gently touched a yellow petal and said, “I like sunflowers because Van Gogh thought they were the very essence of light. Did you know he painted eleven still life paintings of sunflowers? He even drew them when he was in the asylum. It was a sturdy plant that reminded him of his idyllic life. To him, it was a beacon of hope.” She turned around and smiled at me, “Do you see it now?”

I did, I did see it, and suddenly my eyes filled up. I can’t be the victim in my own story now. I had to change my life, I couldn’t succumb to this pain that controls me.

After that day, I started to take control of my pain. I wasn’t going to let it defeat me anymore. I started looking for a new job, got a new haircut, and even started journaling as a hobby. I actually started to feel better, mentally at least. My knees and back still pain but I know not to let it consume my whole life.

Since there is no cure, and now, in my fourth year with my old friend, that is pain, I feel better in a way that is not physical. This was just the first reason why I love sunflowers.

The second one is more visible, more concrete. You see, people with invisible disorders wear a lanyard around their neck that has sunflowers printed on them. Though I am sure the government didn’t know how significant sunflowers are to me, I remember crying again when I saw the design. I don’t use my lanyard much since I believe I got the better end of this stick, but I do carry it when I have bad days and desperately need the seat on the train.

Oh! I remember that I do have groceries to unpack, so I need to go now. I look at my beloved flowers one last time as I hum, “Starry, starry night, flaming flowers that brightly blaze…”

Accidentally yours. When I was never a pet person