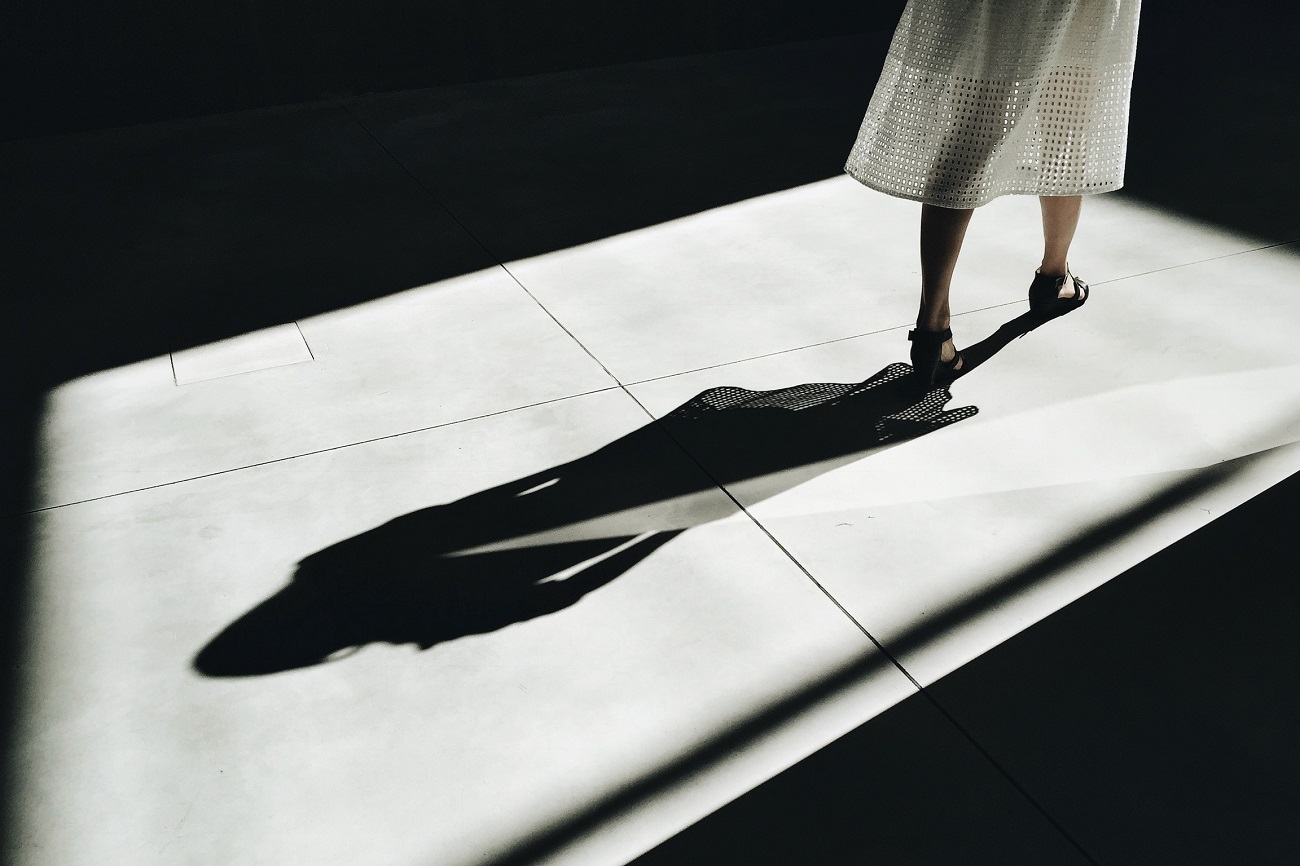 Rahul, now 29, remembers been badly beaten up ‘from head to toe’ by his father because he failed to wake up after his dad called him out from another room multiple times. He was merely 12 then.

Ashish’s dad undressed him, and made him sit only in his underwear in a closed room for an entire day after he had mistakenly locked his dad’s phone by entering the wrong pin. He was 14 then, an adolescent boy in 9th standard.

This will, perhaps, come across as shocking to you, but is not so uncommon in our society.

Ask any adult today who was born in the 80s, 90s or even early 2000s for that matter, they will, in all likelihood, tell you at least one story of their childhood where they were beaten up by a ‘chappal’ (slippers) or a ‘belan’(a wooden rolling pin). They will probably chuckle & laugh while narrating their ordeal, which inexplicably and sadly becomes funnier with time.

It will look like they are remembering good old childhood days when things were simpler. But were they really?

Being desi kids, it’s fun to share common experiences of being expected to score 95 percent in all your tests, but what happens when you don’t take up Science after your high school, or if you want a career in music?

In a survey done by TNT, in which 50 adults between the age of 18 to 35 participated, a whopping 55 percent people admitted to being verbally assaulted by their parents, while approximately half the participants said that their parents used physical force to discipline them.

For decades, Indian culture has practised an authoritarian style of parenting where parents believe in having complete autonomy over their child’s life, in most cases even during the teenage and adult years. ‘Tough love’ is a favorite among Indian parents. ‘Traditional Indian parenting’ or ‘conservative mom & dad’ are terms loosely thrown around in India to uphold and normalise acts of suppression and child abuse, carried out for decades in familial structures.

This practice is not just limited to India, but is also witnessed in Southeast Asian countries albeit with minor cultural differences.

The World Health Organization (WHO) has defined emotional abuse as the failure to provide a developmentally appropriate, supportive environment and/or any acts towards the child that cause or have a high probability of causing harm to his health or physical, mental, spiritual, moral or social developments. This comprises of restriction of movement, patterns of belittling, and denigrating, scapegoating, threatening, scaring, discriminating, ridiculing or other non-physical forms of hostile or rejecting treatment.

Unfortunately, one or more of these forms of abuse are a regular part of an average Indian kid’s life. Constant comparison with other kids, unrealistic pressure to perform academically well, interference in your dating lives (you are privileged if you are ‘allowed’ to have one), coupled with methodical head game and emotional manipulation leave intense scars on the mind of a child which they carry with them into their adult years.

In 2007, the Ministry of Women and Child Development (MWCD) released a study where it was found that half the children reported faced emotional abuse (humiliation and comparison) wherein 83% of that abuse was conducted by parents. In many southeast-Asian cultures, including our own, completely ordinary things such as choosing your own career or your partner aren’t allowed to everyone or first require an approval. All this controlling, manipulation and gaslighting at the hands of your own parents has a long-lasting impact on the child’s mental health, and affects his overall personality, career choices, and relationships with other adults.

As an Indian kid myself born and brought up in the 90s, I constantly dealt with the utopian expectations and inevitable comparison with kids who won spelling bees, received IIT acceptance letters, and with other girls of my age who could make round rotis unlike me. I was expected to be a ‘good student’ and marry the man my parents bring in. Alas, I didn’t quite feel like it. So, I was immediately labeled an aberrant, a deviant, a threat to the status quo. But I at least had the privilege to defy, what about those who don’t?

The rising number of deaths due to suicide cases for failing in exams, not getting into an IIM, or being forced into marriages goes on to show the grim state of affairs. Over 26,000 students in India committed suicide between 2014 and 2016, according to the data shared by the Union Ministry of Home Affairs.

Collectivistic nature of our society

Our society is collectivistic in nature and is conveniently wired to promote social cohesion and interdependence. You must abide by the rules in order to maintain ‘family harmony’ which fails to take into account the individualistic needs of a person.

In this regressive and often toxic system, it is imperative that you cooperate with family members on decisions affecting almost all aspects of your life, including career, mate selection, and almost every other minor and major issue. It is not offbeat for parents to even dictate their children on their clothing. Any diversion from these rules invites wrath of the parents, and the offspring (even when an adult) is punished and judged for acting like an individual having a mind of their own.

Since our society is also largely patriarchal, except for a few regions, it goes without saying that women are expected to embrace a position subservient to males, and must forego their personal preferences. This often results in normalisation of female violence of all kinds.

It is a common notion that parents know best. No matter if you are a 40-year-old grown up with a successful multi-million business, chances are your mother will still think you are incapable of choosing a life partner on your own. This is where the line between care and abusive control is blurry.

The seemingly harmless line, “Tu hamesha mera bachha rahega,” (you will always remain my child) has abusive undertones that is a symptom of a serious and a bigger problem, only known by anyone who was born and brought up in a desi family. The single line presents an entire methodology of oppression, a lifetime of internal anguish and hidden abuse.

While microaggressions like gaslighting and manipulation are a subtler form of abuse, and often go undetected even by the victim; more brazen, actual acts of aggression on children is also not an alien concept in our culture. We demand the children be compliant to their parents in all aspects of their existence. Any form of disobedience invites distress and anger amongst the elderly which results in reprimanding the child in the form of physical force.

Surabhi (name changed), 24, a working professional was beaten up badly by her own mother after her mom found out about her boyfriend. She was hit so badly that her entire body had bruises for days.

The situation is so bad that many couples prefer to part ways than introduce their partners to their ‘strict’ parents. The power equation between a parent and a child is systemically skewed and abused among families to facilitate the complete control of children’s lives by the elders in the house.

We are strong believers of ‘our way’ is the only way.

The submissive role of the child in this twisted power dynamics is not just limited to his or her childhood, and continues even after they become adults. Parents often resort to the physical beating to discipline their child. I have personally seen many parents telling the teachers at their kids’ school to give their child one (slap) if one doesn’t behave themself. And they say it with quite some pride, I must add.

‘We had to do this because we love you,’ or ‘this is for your own good’ is often confusing for a young child. It not only completely destroys their idea of what a healthy, loving adult relationship should be like, but also, in some way synthesises the use of violence within a family.

Not all forms of abuse look the same

Not every child carries a visible burden of his abuse all his life, and childhood trauma doesn’t manifest itself in the same form in all the cases. Especially when the abuse is egregious and recurring, the child can take years to process and understand the physiological and psychological consequences, which linger into adulthood as well in the form of dysfunctional behaviour or depression.

Parental abuse can limit or even restrict a child’s emotional development; kids growing up in excessive controlling and manipulative environment experience low self-confidence and anger issues even as an adult.

Sometimes the person may not even realize, but his adult actions are an extension and exposition of the abuse he faced as a child; for example, not being able to raise your voice at workplace because you were never allowed to speak as a child, or being comfortable in a toxic relationship because your parents conditioned you into believing that you are unworthy of love.

It is time that the likelihood of parents being abusive to their children is understood and recognized, only then arises the possibility of having real laws on the subject. Asking the kids to ‘compromise’, ‘stay quiet’ in the name of family honor and culture is not helping anyone.

If you were a child who was physically or emotionally abused by your parents, and if you feel that it affects you even now, please don’t hesitate to seek the help of a medical professional. Therapy may not make it go away completely, but it sure does accelerate the process of healing.