﻿ Ayush Garg A day without the internet December 20, 2018 https://www.nakedtruth.in/wp-content/uploads/2018/06/A-day-without-internet.jpeg 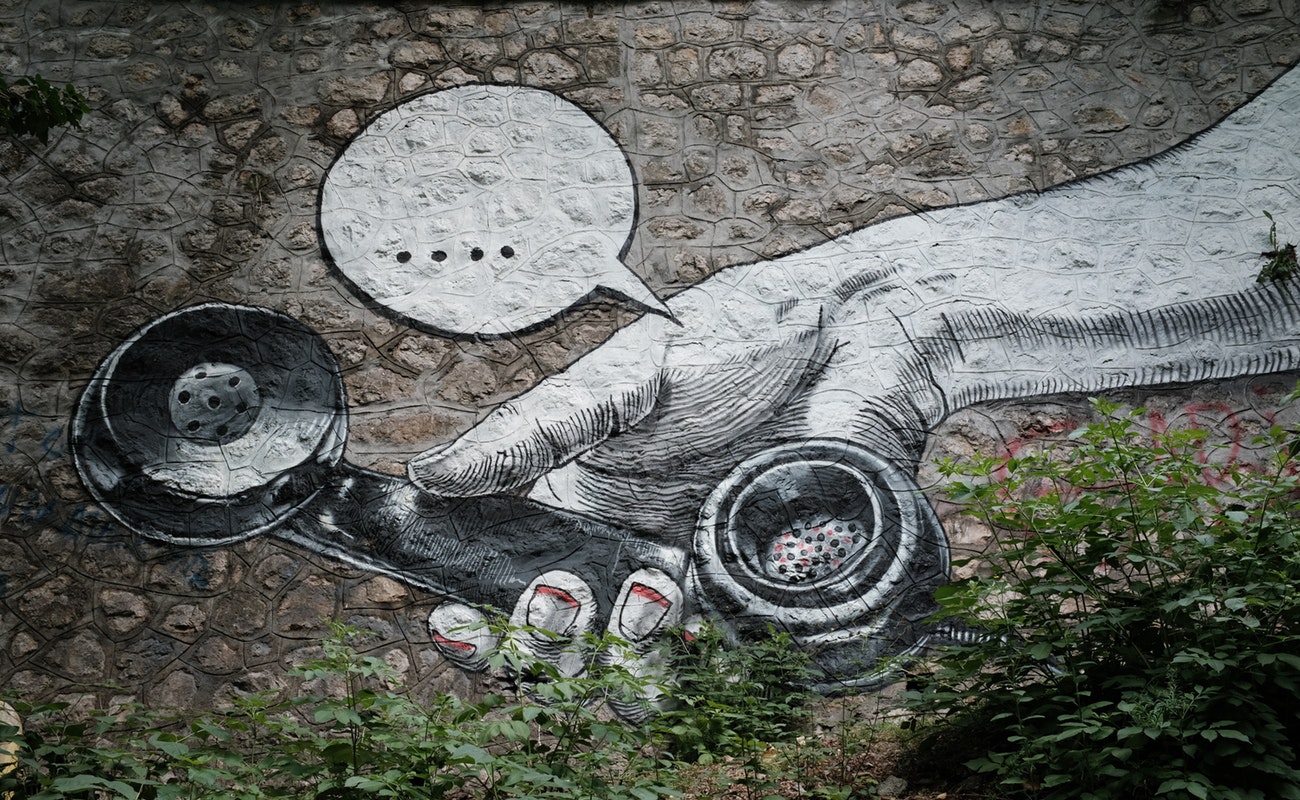 A news headline flashes on the mobile screen that reads “the internet services are suspended for the next 24 hours”. Blank, my thoughts were, anxious, was I.

Due to some unrest in the city that had been fuelling over days had finally managed to dismantle the internet at least for the next 24 hours. It was May this year. The day was Friday. It was afternoon, when the internet through the mobile network had suddenly stopped working.

At that point, I hadn’t quit Facebook and WhatsApp as I have done so later, about which I wrote here. Just when the news came, I immediately checked Facebook and WhatsApp if someone had to say something on that. Thanks to the Wi-Fi that managed to work for next one hour or so. The only question I had was, what’s going on?

People were sharing posts about the unrest, some suggested the internet can go away any minute, some were excited about they still have access to it. Different emotions were at play, there was no substance. One thing was for sure that this is going to be some serious experiment for me which I didn’t see coming.

4 PM, and the internet had shown its signs, every network I checked, it notified, “no internet access”. The internet was gone. I had no access to anything. I called a colleague thereafter, who lives in another city, to convey him the message and to look after the work related tasks.

As much as it was an unexpected break from the work, it was going to be one kind of an experience that I had never thought of. As if it was a lifetime experience.

I switched to news channels on the television to have updates about ongoing happenings in the city. I managed to spot a few here and there, and the situations seemed worse, so, the decision to take down the internet for the day seemed valid.

When something uncalled for happens, and mobs take the charge in their hands to deal with the situation, the internet first must go away to prevent rumour mongering and to maintain the communal harmony.

That day I met with another experience. Of how fake news works.

It was evening when I was heading to the gym, knowing that today the workout will be done without any kind of music as the reliance for it was on the music streaming apps. And without the internet, it won’t work. As I entered the gym, the trainer greeted me with the news. Assistants were rather excited. And I was looking for the face who happened to work with the police department designated on a senior post to have him his say. He didn’t come that day.

While I started working out, there were fewer people than it used to be every day. So, assistants had fewer people to deal with, which meant lesser work. There was no music, and the conversations were on a full swing. Everyone seemed to have an opinion and some “breaking update” that nobody else knew about.

I overheard a few conversations which made me ponder that the situation is really worse as I didn’t anticipate it had to be. I was of the opinion that the matter will be settled down, but those conversations stated otherwise. Over time during the workout, I realised people have started making up their own stuff to have the light of the day.

I was absolute of the observation that if I go and ask one, where are you getting this information from, there will not be any relevant response, rather another made up source who wouldn’t even have existed. Some people seemed getting angrier, some were silent, I was normal. I was a listener, I didn’t intervene. Working out was the best option at that point in time instead of making up the fake stuff, but fewer seemed interested.

And I wasn’t satisfied. So, I told to a fellow mate, who seemed struggling to register all the stuff he’d heard of in the last few minutes, that it’s fake news, don’t believe it. He had a smile on his face. The trainer approached towards me to have a conversation who later ended up saying, “people are coming up with their own innovative but crazy stuff that is all made up, is fake.”

“Good that the administration has taken such a decision, otherwise such stuff would have been circulated on WhatsApp and Facebook fast that had added to the damage only, acting as a fuel to fire.” I couldn’t have agreed more.

It seemed people weren’t leaving any chance to do exactly that. Internet was shut, notifications had stopped buzzing, so people were back to find their space for word near cigarette shops. It would have been a regular job for some, but today, it was different. Everyone wanted to be heard of, everyone knew something. I was only registering every voice, every moment.

People were full of anxiety. People had this curiosity to know more even if it’s made up, but to have a word on that. Some were dealing with it, some including me cared a little about it.

At that point in time, I was only wondering about a meet that I had scheduled with a friend in the late evening hours. We cancelled the meeting, only to realise later that we could have easily met and discussed what was important. Everything was normal in most parts of the city, people were not. The chaos that emerged had also started disappearing, but nobody seemed to calm down.

I came back home having the realisation of the routine which will not be the same as it used to be every night. I had various thoughts lingering my head while an IPL match started. All I thought of doing is to watch the IPL match.

It didn’t seem dull at the very moment. Something was still missing.

My father was in another city during that time who called me after hearing the news, telling me don’t go out anywhere for the next few days. The same message was conveyed to my younger brother.

I didn’t watch the IPL match. I settled down having the cell phone in hand which had nothing to offer except calls. SMSes were a thing of past, and who checks spams. I was only thinking. I didn’t feel reading a book. So, I checked the Pocket app to see if there’s anything due in my list that I can now read. I was free.

I called the colleague again later in the night. While everything was going fine on the work side as it had to be except that I wasn’t working, he seemed anxious about the situation the city was going through. He was surprised. We had a long discussion.

I later read a few stories on the Pocket app, waited for the next day. I slept earlier than I used to every night. Next morning, everything seemed dull. I felt like something has left me alone.

It wasn’t the state of solitude, neither it had any signs of loneliness. It was just dull.

I didn’t go out until the evening.

There was nothing new to consume. No messages, no posts, no notifications, no news, nothing. It was one of the days when I wholly admitted how irrelevant the television has become. It always appears like that it has something to offer but it leaves you frustrated. At best, you can know about four or five things if you are willing to invest hours into the crap.

I wasn’t willing to do so. I invested time in reading and planning out other things, had some more calls than I used to have on everyday count. The day went by just like that while I was experiencing this significant emotion of “no internet”. The gym came and over. People were doing the same everyday things. The conversations had only moved to the serious discussions like when the internet services will be started.

I left the gym early as there was more noise than ever, and that, I had to meet the friend with whom I couldn’t able to do so the past day. The internet services were about to be continued midnight, and so, the time came, when the “no internet access” status disappeared.

I immediately checked Google. And then, I checked some more websites. I switched on the internet on mobile, and put it aside to keep buzzing. I caught up to mails and everything related to work. The feeling was overwhelming. There was so much to do.

And then, I reflected back on the last twenty hours and more. The realisations hit me hard. I shut down the laptop, checked the notifications on mobile, and tuned to music.

The day without the internet was over. I have had the experience. I went to sleep having in mind that tomorrow wouldn’t be the same. I knew things would be different. And I just couldn’t wait.