﻿ Manali Desai Most of us are not really very open to Goodness October 31, 2017 https://www.nakedtruth.in/wp-content/uploads/2017/10/The-difficult-words-that-make-you-deeply-satisfied.jpeg 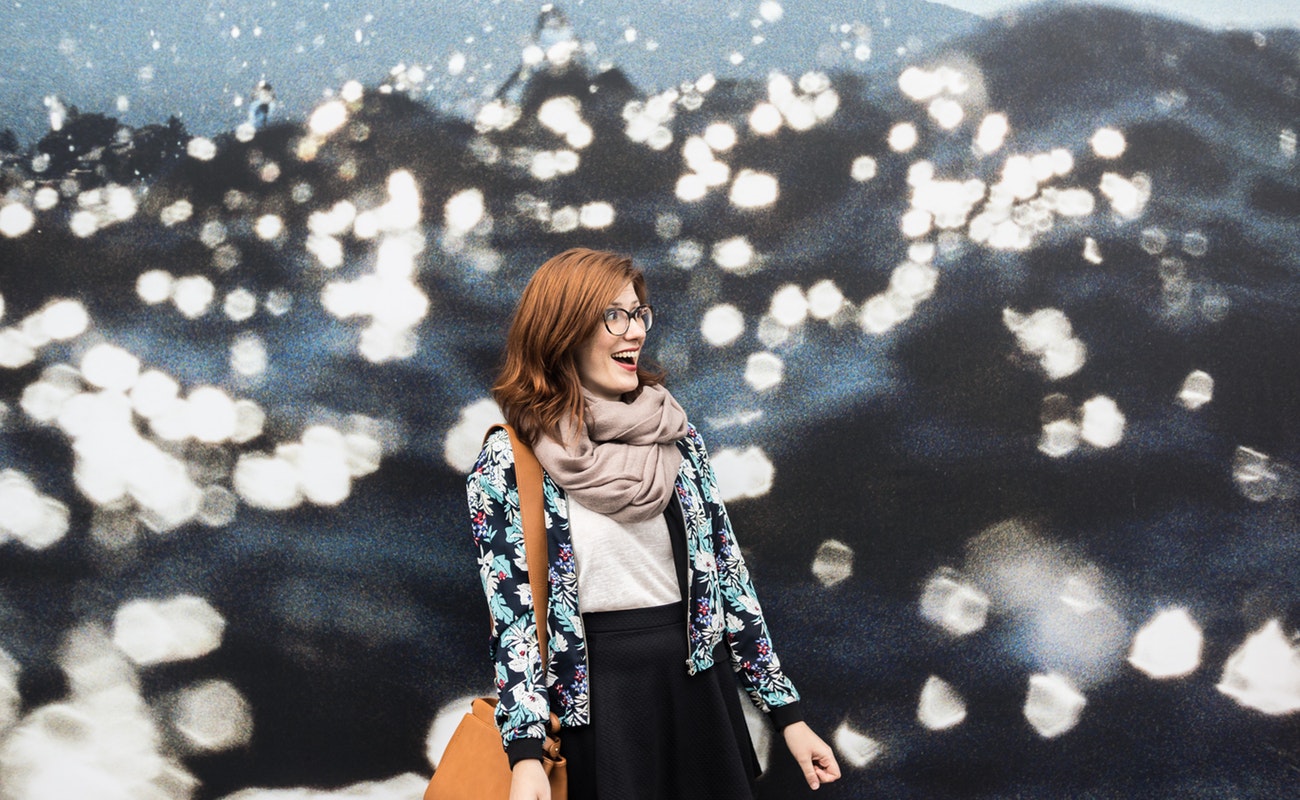 Reema remembered this particular incident which had changed her mood. It was at a party a few days back. She had had a bad day, and was relentlessly having one drink after another to just forget it all. Nobody seemed to be noticing her. Everyone was probably in their own zone trying to unwind just as she was. But somebody noticed (not that she wanted to be noticed).

While everyone was talking in the group where they all sat together round the table, she too started telling something, but nobody seemed to be listening. That’s when the person we’re talking about, urged her to go on, saying he was curious to know about what happened next.

That simple act, of someone caring to listen, changed her mood at a sudden. She garbled it all out and felt better right at the moment. It wasn’t just that she wanted to share it; it was the fact that someone was polite and understanding enough to lend a hearing ear that made her want to share her anxieties and eventually led to her feeling better.

It is these small acts (by even random people and strangers) that form a part of the ‘Politeness Guide’.

Later, Reema got to know his name and more about him. His name was Arjun. Her opinion of him changed drastically over the course of the evening (and as of today it’s still changing every day). When she had first seen him at the party, based on his appearance and clothes, her initial reaction was ‘uncouth’. But later, he turned out to be the most charming and polite one of the entire lot at the party for her.

The saying, ‘Actions speak louder than words’ should be changed to ‘Actions speak larger than appearance,’ she remembered thinking later. How quickly, just like Reema, we assume people to be a particular way. When Reema told Arjun about this later, he had a huge smile on his face and said, “Yeah, I’ve heard that before. But thank you for noticing.”

This made Reema wonder, why do we take time to notice the goodness in people? And why aren’t we open to being acceptable? Maybe because we are always in search of an emphatic ear, the one who will listen to us, rather than lending an emphatic ear and be the one who ends that search for someone else.

Isn’t this other side of empathy what defines ‘politeness’ or ‘being nice’, she thought! But what if someone mistakes this politeness for intrusion? How then do we draw the line?

Wondering about this, Reema asked one of her colleagues, Sapna, “Do you appreciate a stranger being nice to you?” Sapna thought about this for a while and said, “See, this depends on a lot of things, like what my state of mind is at that moment, how well I know the person, etc etc.”

Reema further asked, “So, would you consider a stranger being intrusive if he or she seems to be ‘too nice’?” Sapna was quick to respond to this one and said, “Yes, most definitely. But again, if I really am in need of help, I wouldn’t mind. On a normal day if a stranger asks me, “Hey! How was your day?” I might probably frown but if I have had a bad day and the same thing happens, I would probably be grateful for having someone who cares enough to ask and listen!”

Reema quickly related this to her first meeting with Arjun, when she had been in a similar state of mind. Would she have been so touched by his gesture had she not been in a bad mood that day, she wondered. In fact, instead of being offended or even depressed about this polite (and even weird or strange) behaviour, she had ended up feeling satisfied.

It was at this point she realised that Arjun wasn’t nice to just her that day. He was the same with almost everyone, polite and just plain ‘nice’. He had this uncanny ability of making the person he was talking to, feel important. It was this behaviour of his that made Reema realise the importance of mannerism and politeness.

Intrigued by this, she asked Arjun, what made him behave the way he did, and he instantly replied, “What do you mean? This is just how I am. I just ask myself, would I like it if someone behaved the very same way with me? If the answer is no, I don’t do it. It’s that simple! Or even if I do end up doing something like that, I later apologise for it. Sometimes for days at end, till the point I’m not completely convinced that the opposite person has forgiven me.”

He went on after pausing for a while, “You know, the other thing is, I try not to judge people or rely on my first impressions about them. I’m actually good friends with most of the people I didn’t want to meet the second time but did so because I wanted to give them a second chance.”

Intrigued by his responses, she asked, “Did something bad happen to you?” Arjun rolled his eyes and said, “See, again you are making an assumption. There is another angle here which most of us forget. Someone might behave badly with you too. You might end up hating that person. But what I tell myself is that maybe he was just having a bad day or maybe I was having a bad day and felt offended without any reason. I keep reminding myself that everyone has their own struggles and problems to face.”

Reema pondered upon this for a while and then asked further, “But what if someone doesn’t want to be helped?” Arjun smiled and said, “Well then I tell myself that at least I tried. I’m aware that I don’t look ‘approachable’ or ‘nice’ and most of us, including myself, aren’t very open to ‘goodness’. We feel that there is an ulterior motive to someone trying to help us. This actually, sadly, is true too.”

A small boy came up to Arjun during their conversation and asked, “What’s your name?” Arjun smiled in the politest of ways possible and extending his hand said, “Hi, I’m Arjun. And what’s your name?” The boy too shook his hand and said, “I’m Aryan. Nice to meet you”.

Everyone who was looking at the little scene, laughed but Arjun treating the boy like an adult, shook his hand. After the boy went, he said to Reema, “I see a younger version of me in the making there. Maybe there is still hope in the world, after all.”

Reema smiled and wondered how much more the human being walking with her would amaze her with his politeness and manners. But finally, she was able to understand its importance, after all these many years.

Think about what you do and say,
Would you like it if someone behaved the same way?
We are all forgetting what politeness is and how to be polite,
Focusing only on our own struggles and plight;
All it takes is a little bit of kindness and attention,
To understand the other person’s struggles and intention.
In the same manner we should learn to treat everyone,
Without being biased and judgmental about appearance and clothes of anyone.

Why it takes a lot to speaking up against the...