﻿ Jay Bhargav How The Thrill Has Changed From E-Commerce Battle To Digital Wallet February 2, 2017 https://www.nakedtruth.in/wp-content/uploads/2017/02/How-the-thrill.jpg 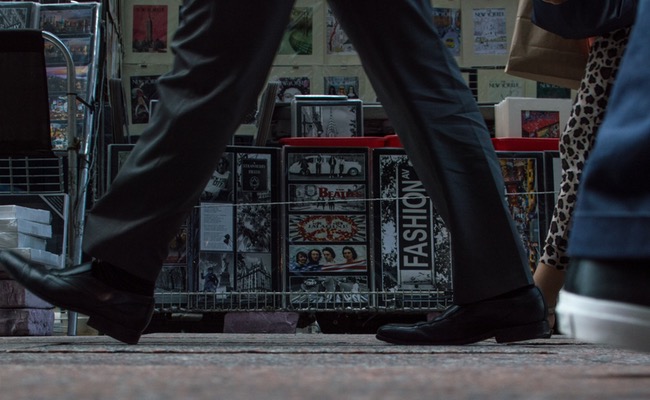 Post November 8, 2016, the need to go cashless has become visible. The government of India has waged an all-out war against corruption through demonetization and consecutively taken efforts to indulge people in digital transactions, recently launched BHIM app signifies it. This meant a boost in the Digital Wallet business benefiting many like Paytm, Mobikwik, Freecharge, Oxigen, etc. But what further interests onlookers is the growing competition among the major players in this sector.

Long before the Digital Wallet war had started, the E-Commerce race was already thrilling everybody (and still is). Amazon, Flipkart, and Snapdeal, all played their respective cards, offered the best possible deals, managed to gain best possible traction and made a lot of hubbubs. This kept a customer busy and guessing, what is to come next? How will the game be taken up one notch? What best comes out of this clamour for him? Increased competition will always favour a customer as competitors turn officious and eager to please.

A similar neck to neck battle is in the making. Demonetization has acted like a thunderbolt for the ones that preferred conventional means of transacting. It has enlightened many about the need for Digital Currency and the need to progress forward without physical currency. Every Digital Wallet maker wishes to capture this lucrative opportunity. The best one to promote and attract users to his wallet will gain the most out of this societal change.

In December, the news read – MobiKwik has partnered with an organisation that represents nearly 30 Lakh Street vendors – NASVI, to promote the use of MobiKwik channel of payments. Due to demonetization, the most affected businesses were those of these street vendors who heavily rely on cash transactions. This strategy provided a greater penetration and subsequently increased the number of users for MobiKwik.

Paytm, on the other end, resorted to heavy advertising and discount privileges for its customers. Besides the heavyweights, there are many upcoming digital wallets that have taken India by surprise. But none have managed to make a mark in the domain as Paytm and MobiKwik have.

Paytm announced that the average transaction value on its app increased by 200% and the value of money added to Paytm accounts increased by around 1000%, which is substantial. While MobiKwik managed to attract a heavily increased value through its application during the period, FreeCharge too played a pivotal role in the digitisation of our economy.

India, currently, is caught up in the winds and dust hurt the eye sometimes, but if things are seen through and good work continues from the end of Digital Wallets in converting people to cashless spenders, we will see that this disruption is worth every bit.

Yet the cynic might suggest that this conversion is not easy as a major part of the population is not well acquainted with technology and hence cannot have a healthy access to the digital way of payments. The best part is, Paytm, MobiKwik, FreeCharge and their likes are up for the challenge and ready to compete for a better transformation. They have their Interests at heart as well and that is what will spice things up in the E-wallet industry.